Skip to Content
Get to know more about t-shirts and tank tops as we discuss their differences, brief history, and benefits of each to help you pick the best clothing according to your lifestyle and needs. 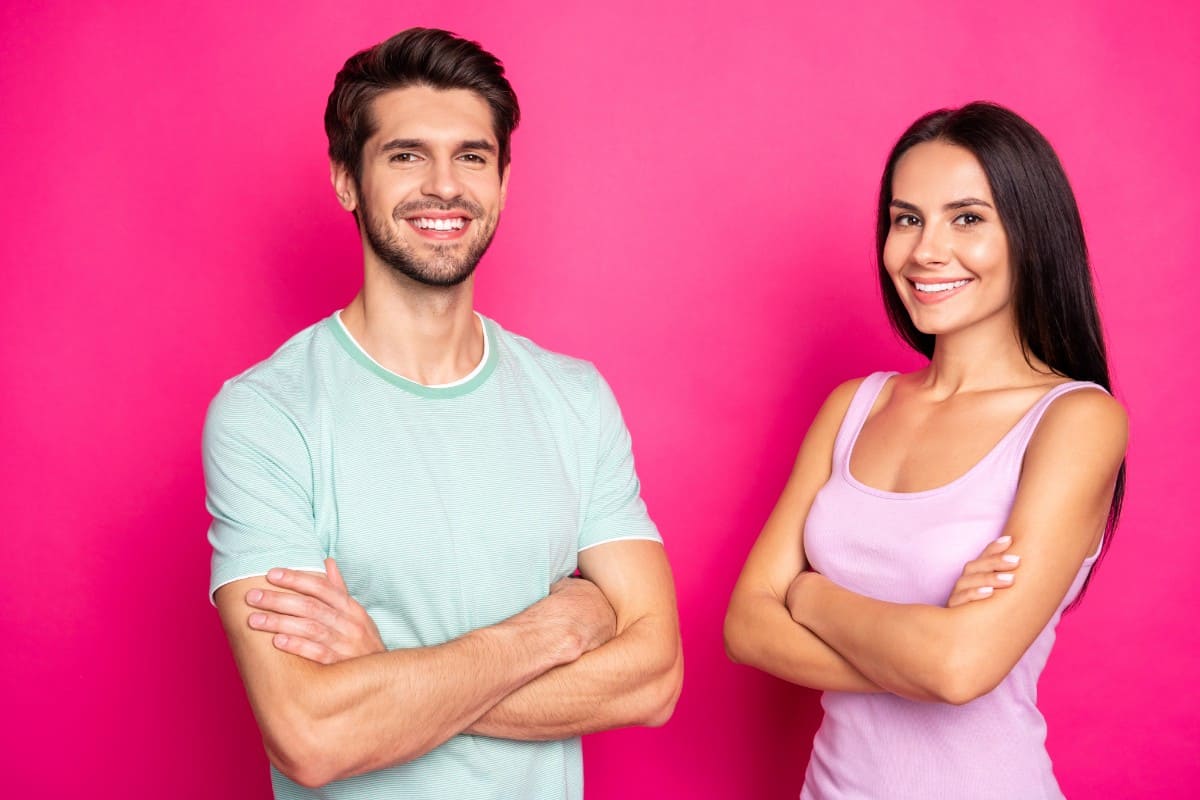 T-shirts and tank tops are two of the better inventions in the history of clothes. In truth, they embody the coming of a more relaxed and informal age, a time in which people prefer to feel comfortable and at their ease all the time rather than trapped and suffocated by thick and clingy garments. I wear t-shirts all the time during the fall and winter. The spring and summer afford me the opportunity to sport stylish tank tops.

This article will give you some insight into the nature of the two types of clothing and their differences.

What is a T-Shirt? 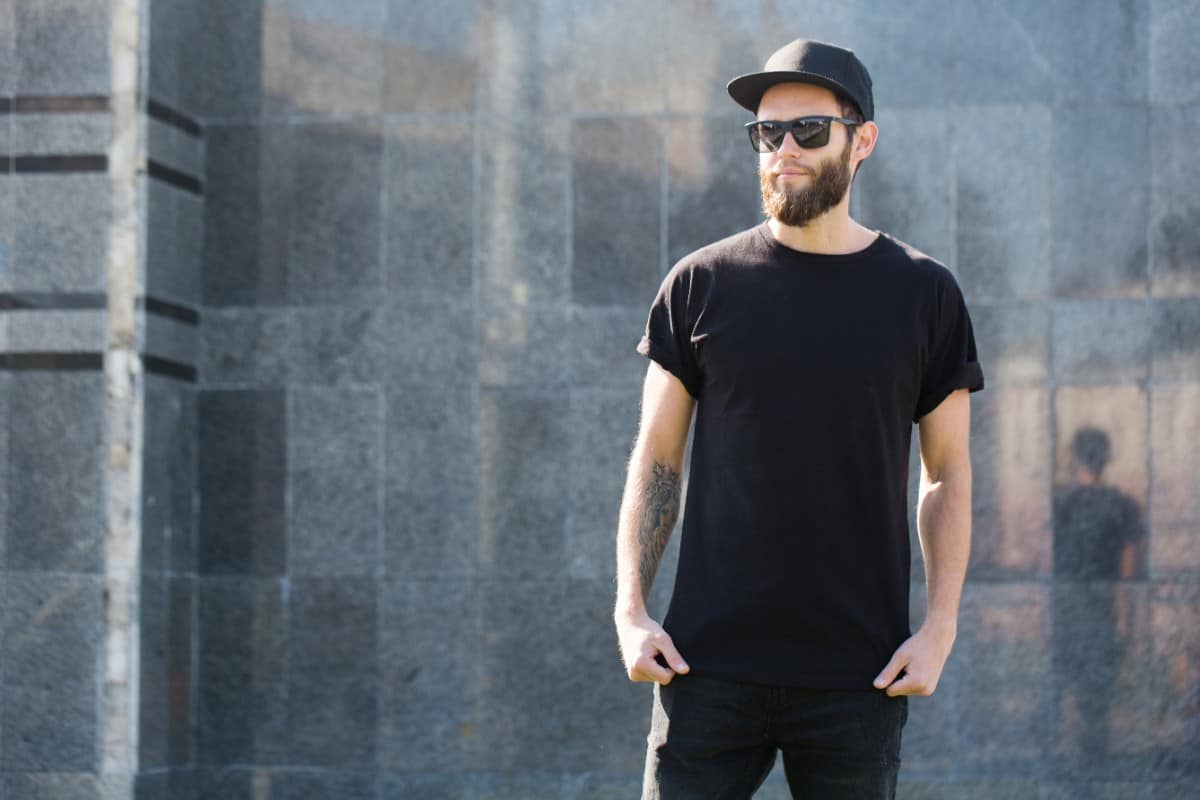 Simply put, it is an article of clothing with short sleeves and around neckline. It is named after the t-shape of its body and sleeves. T-shirts can be worn as tops or as undergarments. They were first manufactured in the late 19th century and have evolved throughout the 20th and 21st centuries.

What is a Tank Top? 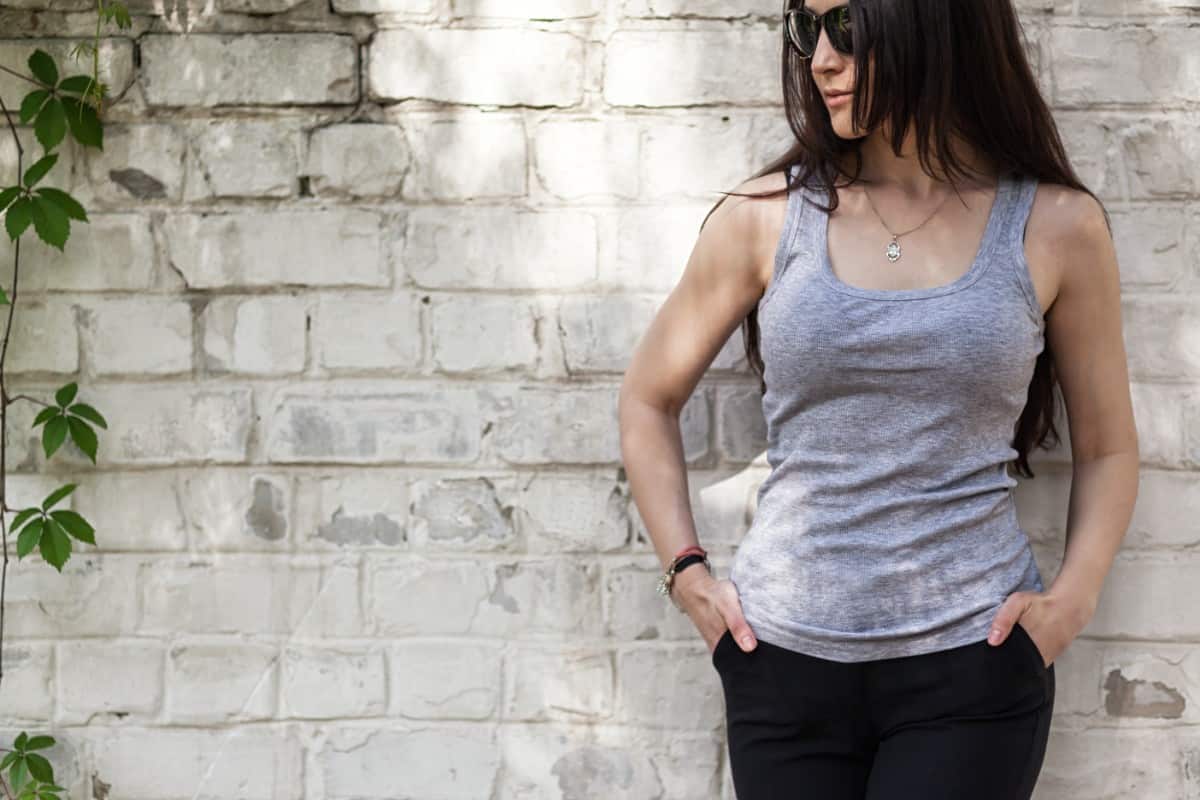 It is a close-fitting sleeveless top that can be worn on its own or over a shirt or blouse. There are many varieties of tank top, but they all tend to have features that make them suitable to be worn as an outer garment. Tank tops are worn by both men and women.

T-Shirts and Tank Tops: A Contrast 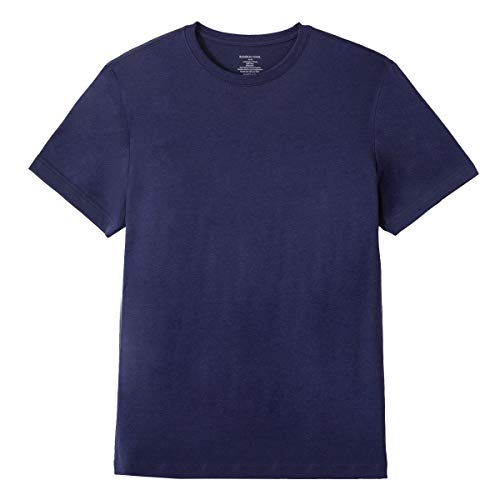 T-shirts can cover the whole of the upper torso and arms. The sleeveless variety leaves the arms uncovered. They tend to be made of stretchy and light material. Cotton is the most common material used in T-shirts. They are often worn as undergarments as an extra layer of protection for those who wear white shirts. It is common for men who wear white shirts with their business suits to wear a t-shirt underneath. This is done primarily to protect the shirt from perspiration—especially the sweat that forms under the armpits. Many people also wear t-shirts to bed—as a kind of pyjama top.

T-shirts are also worn as a casual outer garment. The more popular types of outer wear t-shirts usually have logos, graphics, or messages on them. In fact, it has become normal for people to use t-shirt messaging as a way of promoting a social cause or political position. 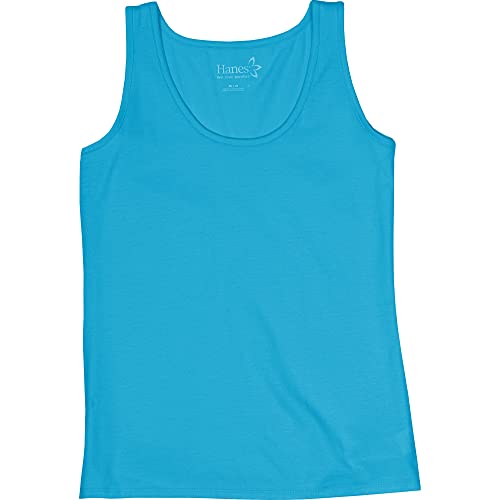 Tank tops, on the other hand, are used almost exclusively as outer wear. Like t-shirts, most tank tops are made of light and stretchy material—cotton being the most popular kind. They are designed and cut to be elegant and stylish. Tank tops are designed to make the wearer feel cool and comfortable. They are perfect for warm spring days and hot winter months.

Many women’s tank tops are designed to be worn over shirts and blouses. There are also tank tops that have been specifically made to be worn as outer wear when exercising.

The t-shirt is relatively inexpensive. The average range in price is $1-$4. Tank tops are different. Since they tend to be worn as outer garments, they can be as expensive as any other type of shirt. You can buy a tank top for as little as $10 and as much as $200! 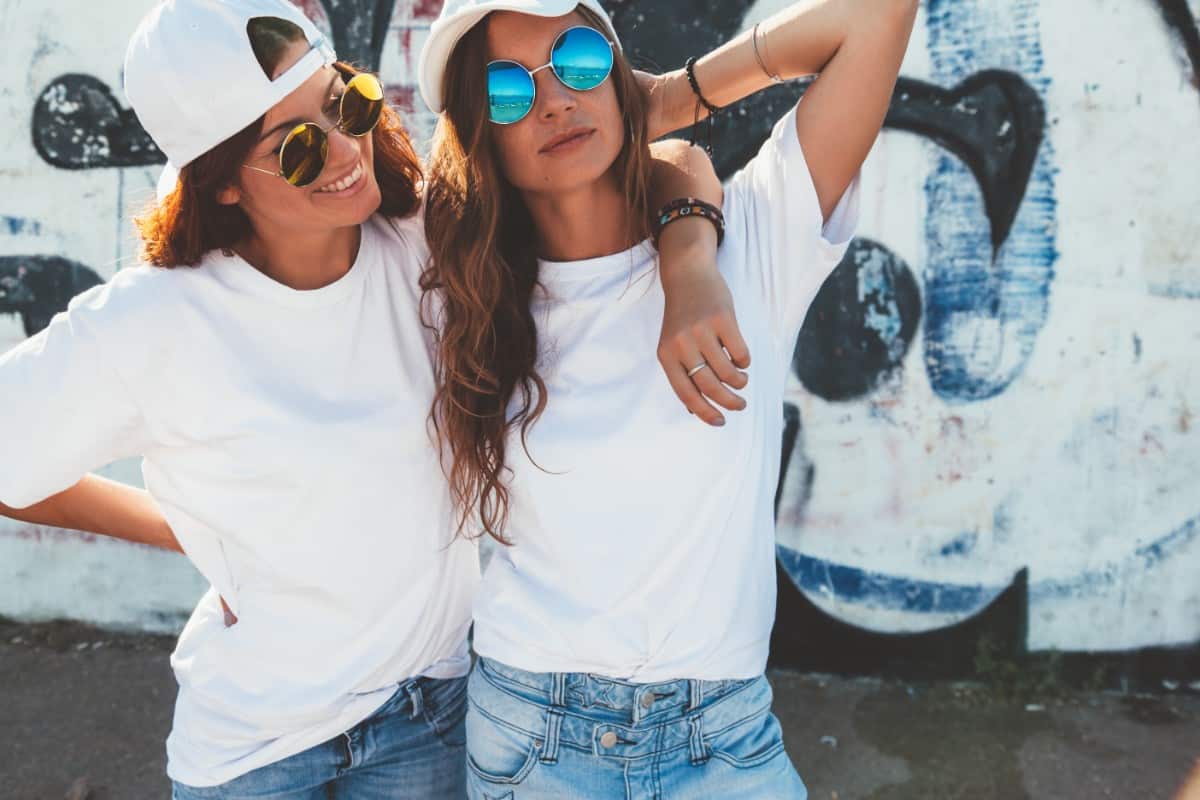 The benefits of wearing a t-shirt are as follows:

1. They are easy to wear

They are easy to put on and take off. For women, it is quite easy to pair a t-shirt with a skirt, trousers, or jeans. For men, t-shirts can be worn with trousers, shorts or jeans.

It is the most comfortable form of clothing. Regardless of design, you will be instantly put at ease when you don a t-shirt. It is also the easy to wear when working out, walking, hiking, or spending time at home with friends.

3. Helps spread awareness or a message

If you are a crusader of any type, you no doubt have a t-shirt with a message on it. The fact is that t-shirts remain the best type of clothing for this type of thing. 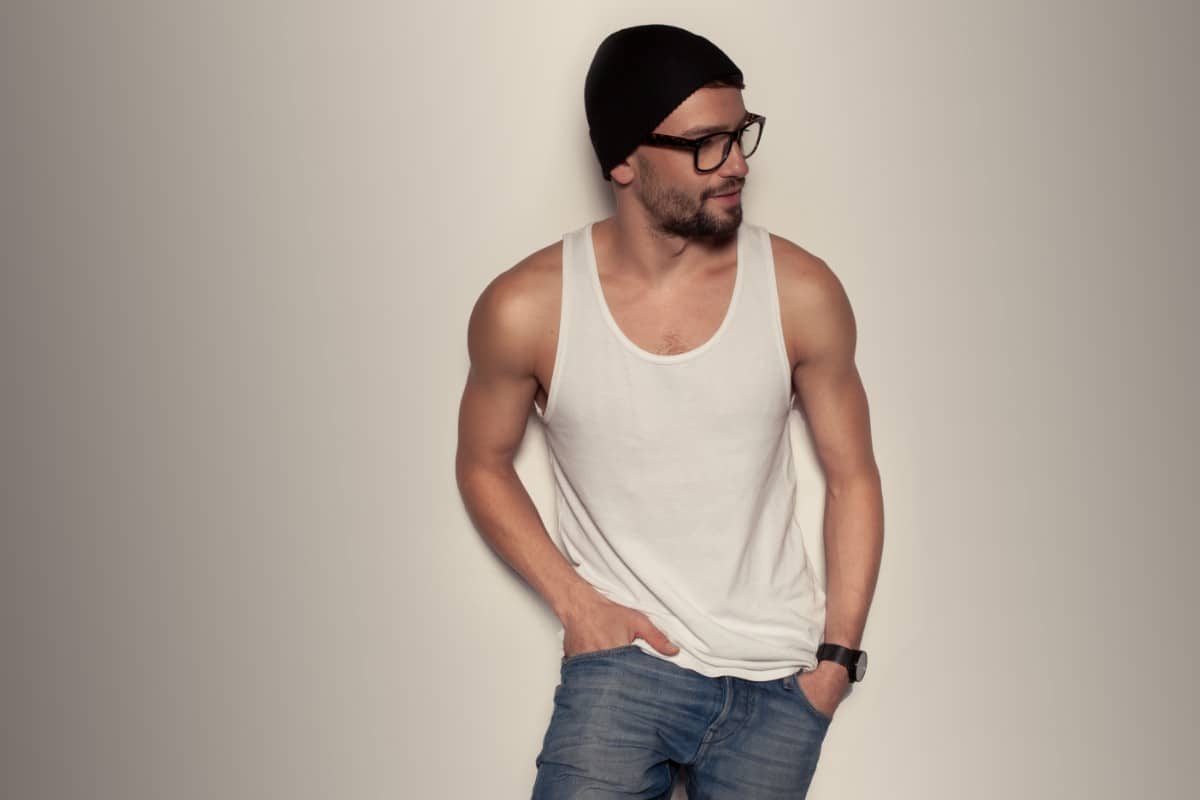 These are some of the benefits of wearing a tank top:

Tank tops have a slimming effect. They tend to make men especially look sleek and trip. If you have gained a few pounds, a t-shirt will bring attention to the fact. Tank tops have the opposite effect: they are stretchy enough and are cut in a way that will hide it. This is sure to give you confidence.

Tank tops make people look better. They are comfortable and lightweight like t-shirts. But even the lower quality tank tops are cut with a touch of style and elegance. Wearing a top brand tank top will change your appearance instantly—for the better.

Brief History of the T-Shirt and the Tank Top 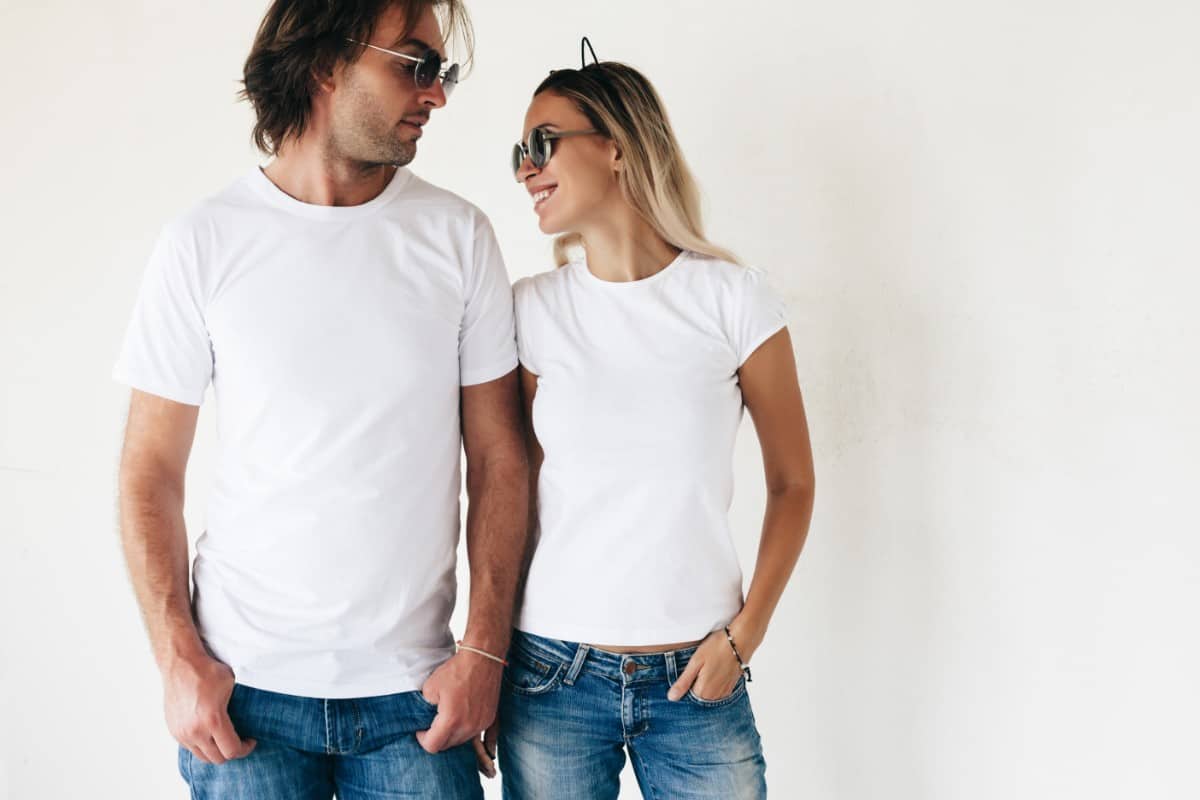 The t-shirt has its origins in the late 19th century, when working-class people cut their jumpsuits in half to keep cool in the warmer months of the year. The first manufactured t-shirt came on the scene just after the Spanish-American War of 1892. By 1913, the U.S. Navy started issuing them as standard undershirts.

The t-shirt did not begin its rise as an outer garment until the 1950s. Marlon Brando’s role in A Streetcar Named Desire was iconic, and it made the t-shirt not only an acceptable form of outer-garment, but a kind of symbol of masculinity and rebellion.

The printing of graphics and messages on t-shirts started in the 1960s, but these kinds of shirts did not pick up steam until the 1970s. By the time the 80s rolled around, t-shirts with rock and pop images on them were all the rage. And this has continued to be the case until the present. 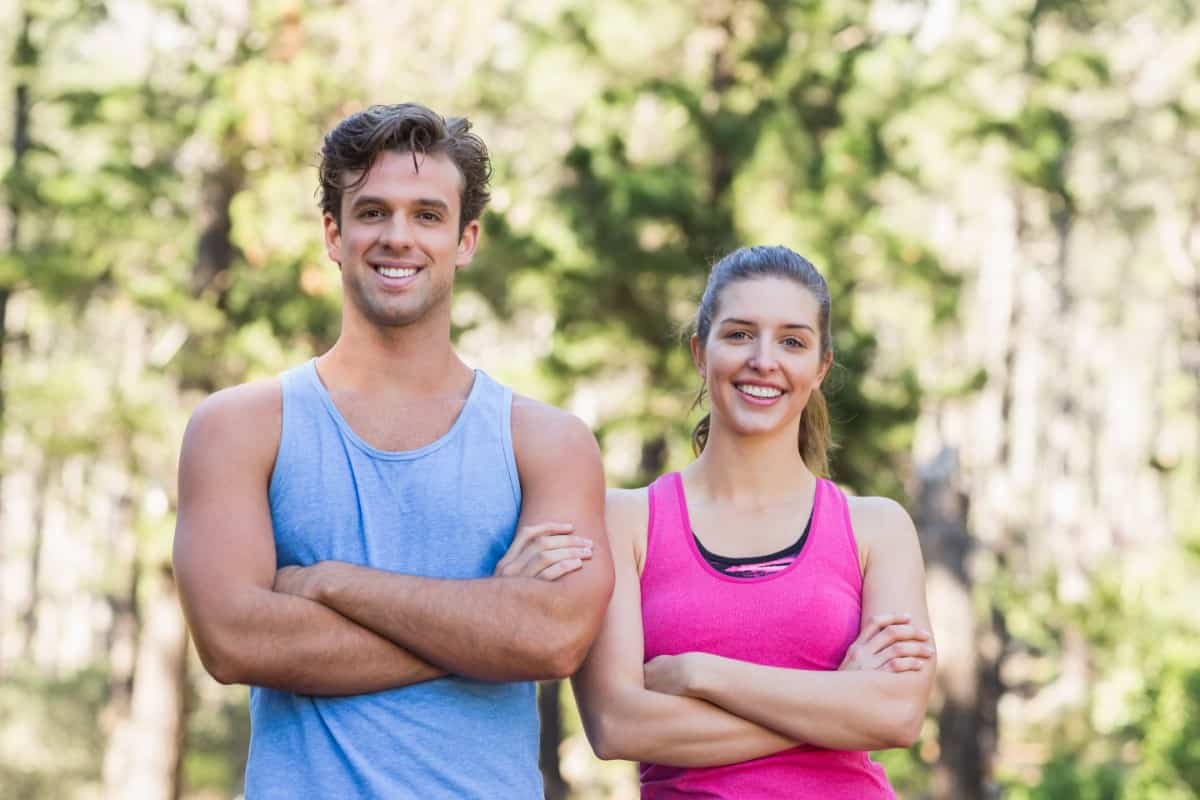 Tank tops got their start as a type of garment in 1912. That was the year in which women’s swimming was introduced into the Olympic Games. A total of 27 women competed in these swimming events. They wore costumes that are similar to modern-day tank tops. In fact, that is where the latter got its name, because the female Olympiads of 1912 wore them in the swimming tank.

The tank tops were next seen in the American movies of the 30s and 40s. They were usually worn by villains who were physically abusive toward their wives. It is here that the male tank top picked up the colloquialism “wife beater”. Later films such as Footloose, Die Hard, and Con Air brought this garment even more into the fashion mainstream.

During the 1970s, tank tops were worn with leather jackets and loose-fitting jeans. It became associated with the hipsterism and the Easy Rider culture of the time. In the 80s, this type of top took a radical turn towards elegance. By the time the 90s rolled around, the tank top became more associated with yuppie culture and less with the hippie scene.

I like a nicely cut and stylish tank top. Although I wear t-shirts under sweaters and other types of heavy tops, I do not go out of my way to look for them. Whereas, I am always on the lookout for a nice new tank top.