Overalls are a type of trouser that resembles a pair of pants with a bib, and the large size is typically worn with attachments. Use this guide for types of overalls to add to your wardrobe if you're shopping for overalls and aren't sure which ones would be best for you. 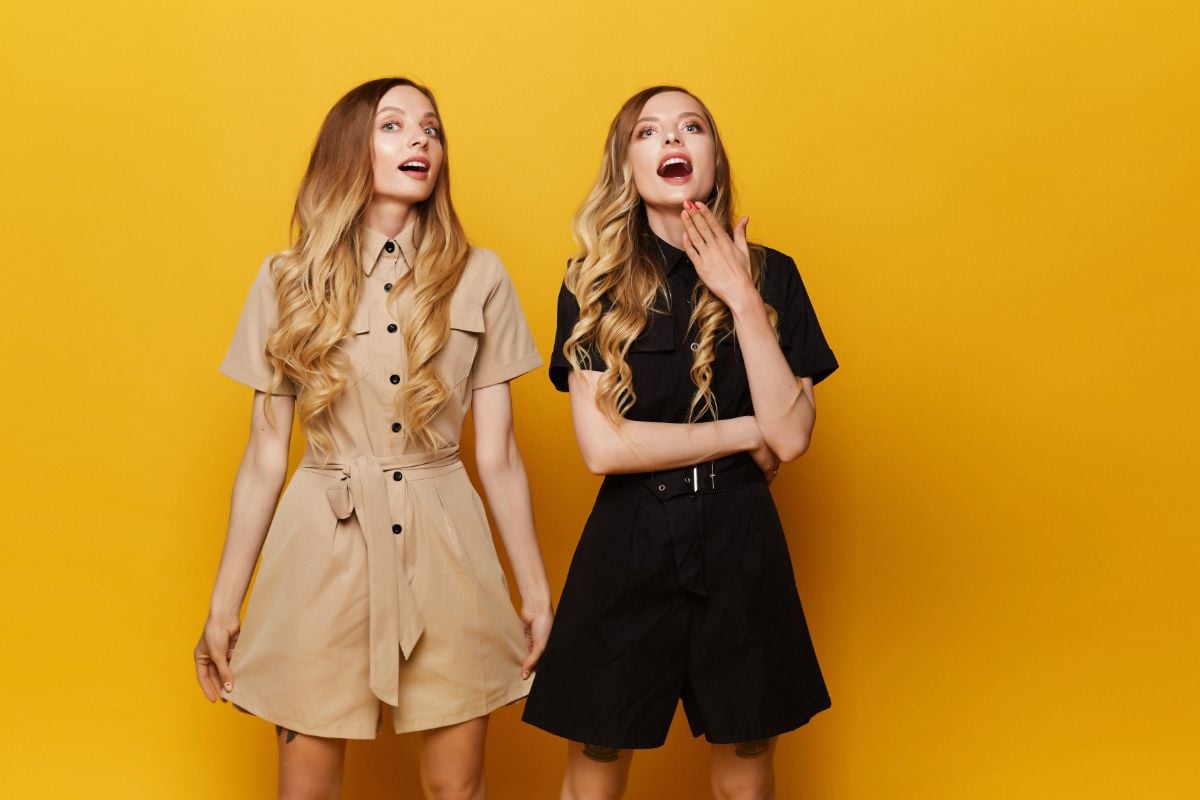 Overalls are a kind of pant that look like pants with a bib, and the big is generally used with attachments. The strap part of the bib goes over the shoulders and connects to the overall, apron style, with metal attachments or fasteners. Sometimes the fasteners are buttons, or can even be Velcro on younger sizes.

They are a very comfortable pant used by all ages and have been worn since the 1700s. If you are looking for overalls, and wondering what kind would be the best for you, use this guide for types of overalls to add to your wardrobe.

Table Contents show
Defining Overalls
The History of Overalls
Types of Overall for Everyone
1. The Standard Overall
2. The One-Side Overall
3. Distressed Overalls
4. The Overall Dress
5. The Shorts Overalls
Different Fabrics for Overalls
Frequently Asked Questions (FAQs)
Q: What are the best shoes to wear with overalls?
Q: How do you dress up in overalls?
Q: Can you wear overalls to work?

Overalls are a very specific type of pants where the pants are loose-fitting, and have a bib attached to them. The bib has straps over the shoulders to hold the pants up, and the pants have historically been typically worn as work wear. Today, they are a fashion staple for many, with many different types of overalls worn for different reasons.

There are many different names for overalls, including dungarees or coveralls. They have also been called bib-and-brace overalls. Their history goes back to the 1700s, and it was the 1890s when they were first made by Levi Strauss & Co. in denim.

The History of Overalls 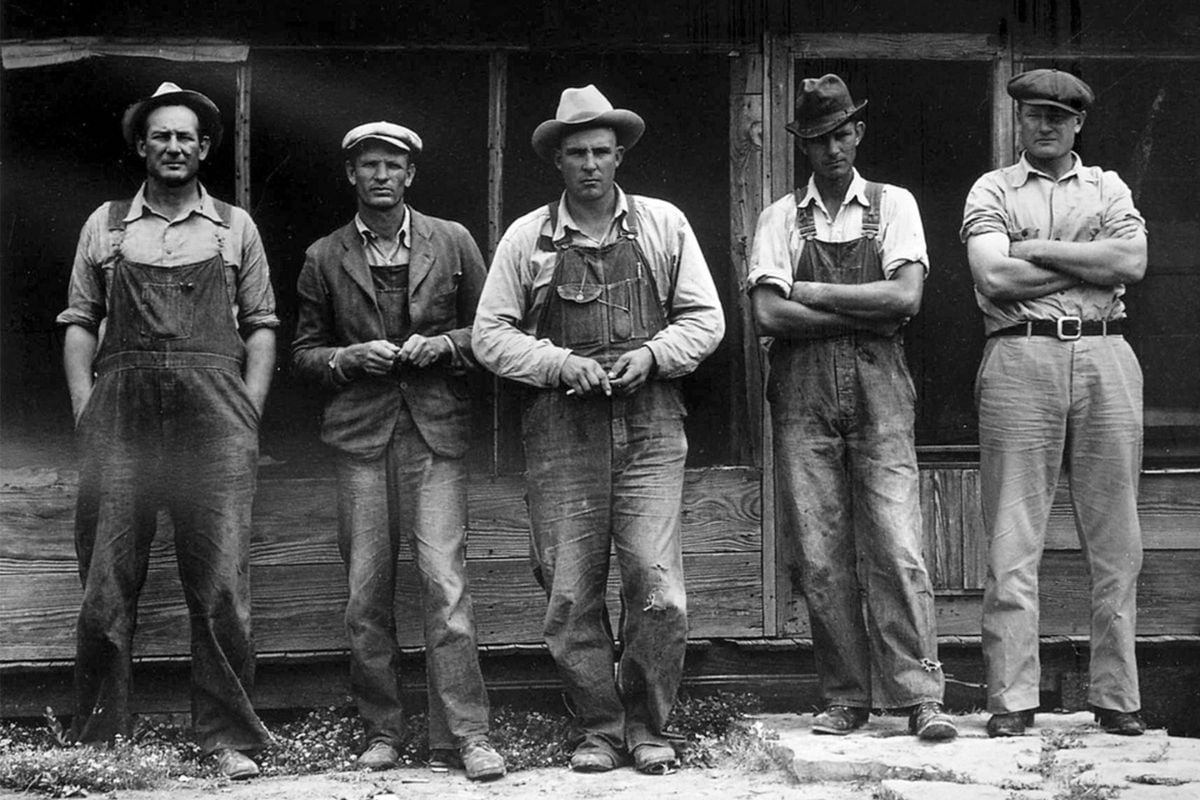 Overalls have been a garment worn since the 1700s, and they first made their appearance in literature as a garment for slaves. They were typically worn not as a garment but as an outfit to go over traditional, everyday clothing to protect clothing from work dirt and wear and tear. That is why they are looser-fitting clothing.

They had to be. They were made bigger to fit over everyday wear. By the end of the Civil War, the sign of overalls distinguished between race and class. With slavery now illegal, sharecropping became a thing, where crop workers would rent land from farmers and then pay the farmers a share of their earnings.

Overalls were the fashion of the day for this, a fashion trend that was worn by those who were now considered former slaves. These garments began to go into mass production in the 1890s by Levi Strauss & Co. In fact, overalls were the first true denim jeans that were invented by the company and included suspenders as opposed to the worker’s bib.

This was a popular worker’s outfit as a result of its comfort and durability. The overall even had its own brand name slogan, called “Never Rip, Never Tear.” It would be 1911 when the first bib overall would come out. That is when the bib overall that we all know and love today arrived on the scene.

By the 1920s, the fasteners would change, overalls wouldn’t have buttons any longer, and zippers would be part of the garment construction. By the end of World War I, overalls had only been worn by men. But with the war, many women were working in a wide range of jobs and fields.

Being forced to enter the workforce, they were also forced to wear what the workforce wore. Those in factories would put overalls on over their everyday clothing to prevent their nice things from getting dirty or distressed.

This would launch a trend of designing overalls that women would be more comfortable wearing, even though many still consider overalls to be a symbol of post-Civil War sharecropping. By the 1960s, the overall would emerge as another trend, but this one as a political statement. Overalls were worn by activists who recognized that overalls were once worn by sharecroppers.

When activists attempted to fight in the Civil Rights movement, they recognized they could not do so in their everyday work clothes, which often included a white or blue-collar. So, activists, for protest purposes, would put on overalls to identify with the sharecroppers of yesterday in American history and attempt to teach all sides of protestors about the consequences of the racial divide.

It was not just overalls but denim that made its fashion mark on the Civil Rights Movement. Denim then was a sign of the struggle of the African American people. Then, when it was worn, it was worn to fight against white supremacists. It was a vision that even Levi Strauss & Co. could not have imagined being a part of the history of the denim jean.

Today, the overall is still an important part of fashion history, but one with a much more trendy air to it. Still, it is an item of clothing that, for many, conjures up a history of pain and struggle, division and diversity, and the pursuit of the American dream.

Types of Overall for Everyone 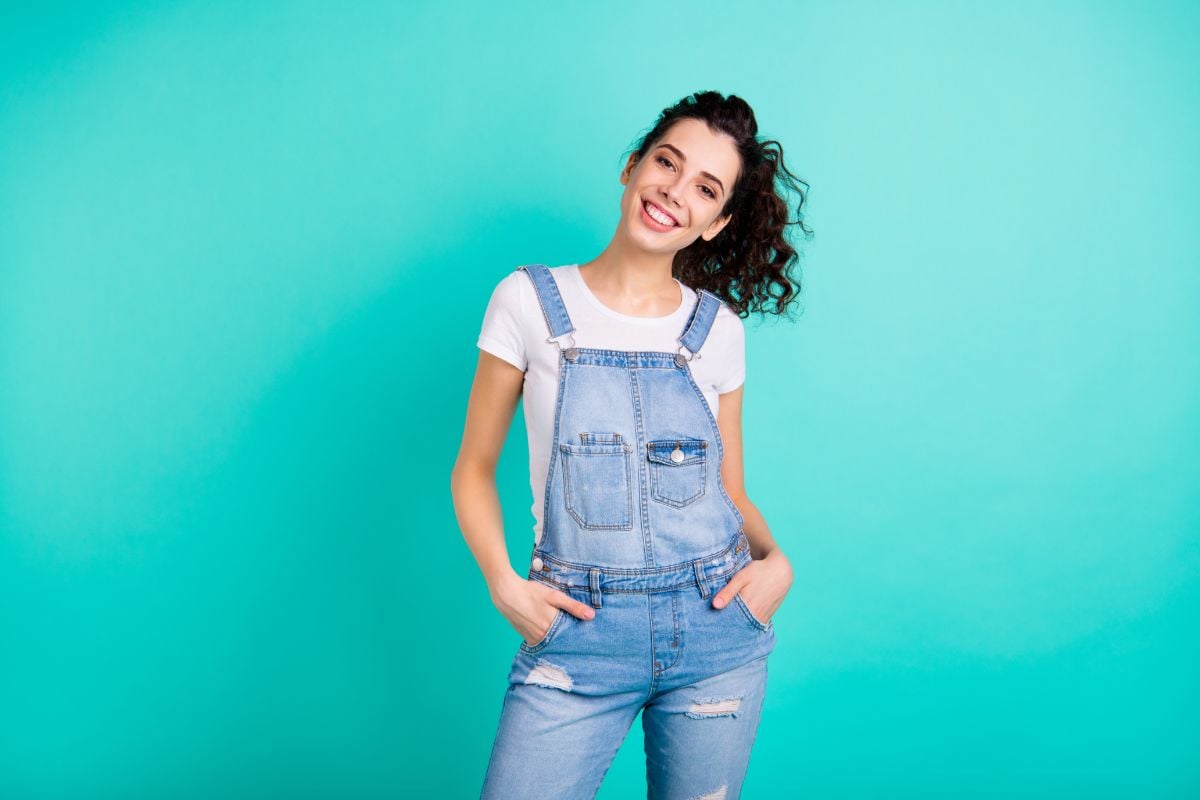 You can still find overalls today that include buttons. These overalls can be worn with a wide range of trends and outfits, although they are rarely worn over everyday clothing today, but for a t-shirt or tank top underneath. The t-shirt and a tank top underneath the overalls are the most common way to wear this fashion trend.

For men, wearing overalls without a shirt at all is also very trendy. It has been said that you can wear overalls anywhere today. They aren’t just a workwear trend anymore. They have even been seen at awards ceremonies. 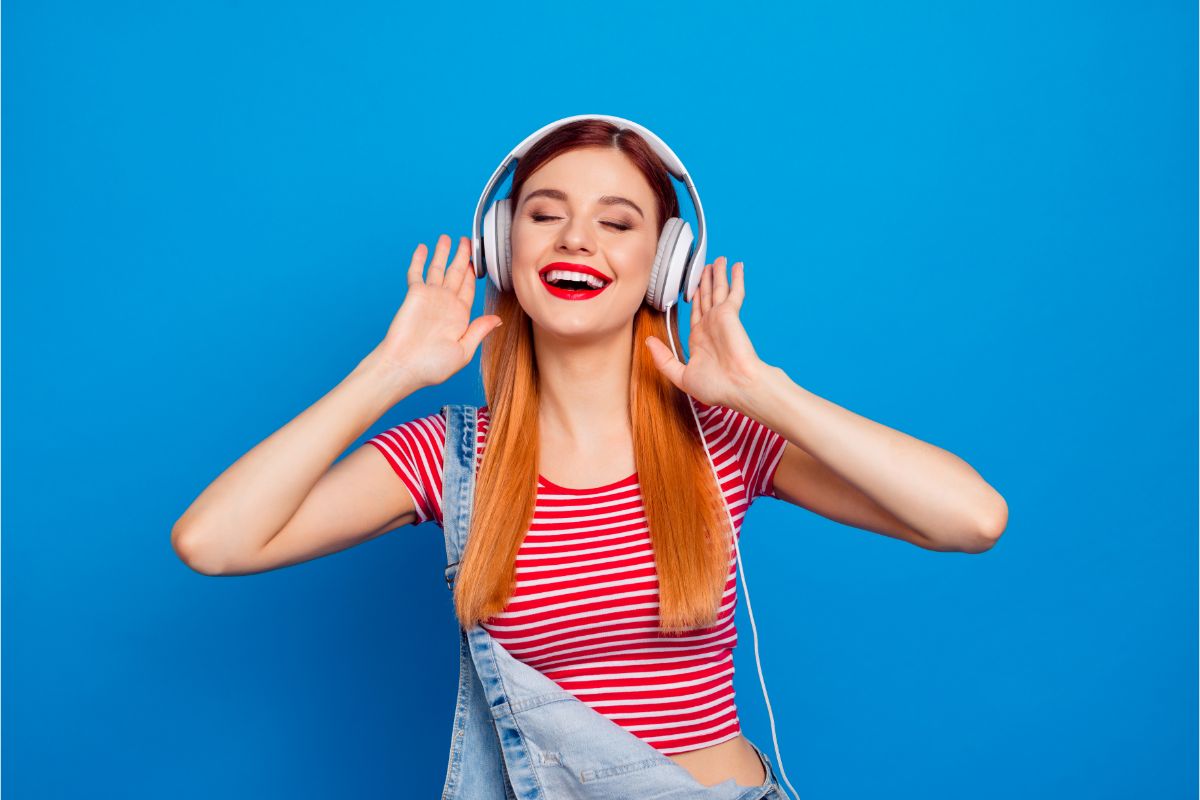 The one-side overall is an overall that is very similar to the standard overall, but it is worn without the full bib worn and fastened. This is more a trend in wearing overalls and is a trend worn with the standard or traditional overall. However, many overall designers today have recognized this trend and begun making overalls this way to accommodate those who prefer only to have one side of their overall fastened.

This is a cute look to wear with a tank top, although it could be dressed up with a fancier top underneath. A collared shirt is not unfamiliar to the overall, even those from history. The one-sided overall is perhaps the second most common overall worn today. 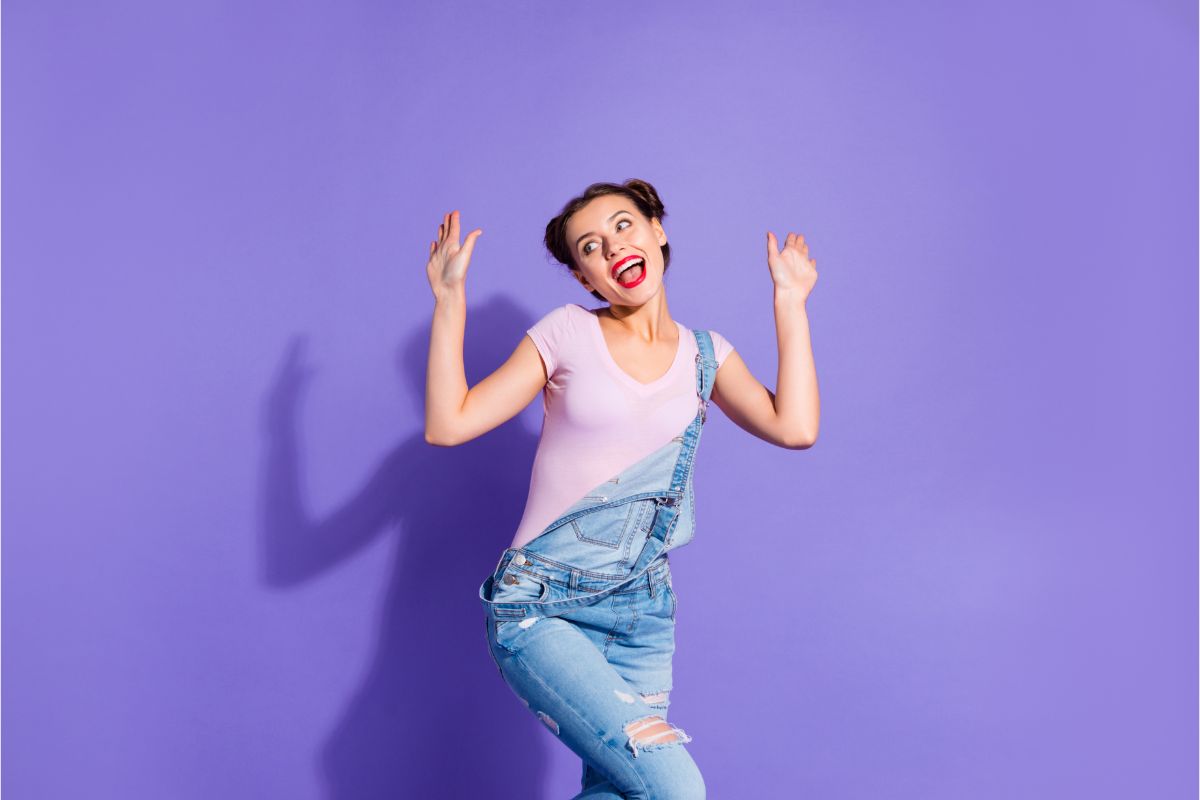 Distressed overalls are not unlike distressed jeans in that they are overalls that have been ripped and distressed. Here you might see ripped holes in the knees, rips throughout the denim, and a more than usual distressed look to the overall look.

These are a modified version of the traditional overall and are even more casual than the standard overalls. Still, they can also be worn anywhere and offer a cooler and more chic look that fits the distressed trend. 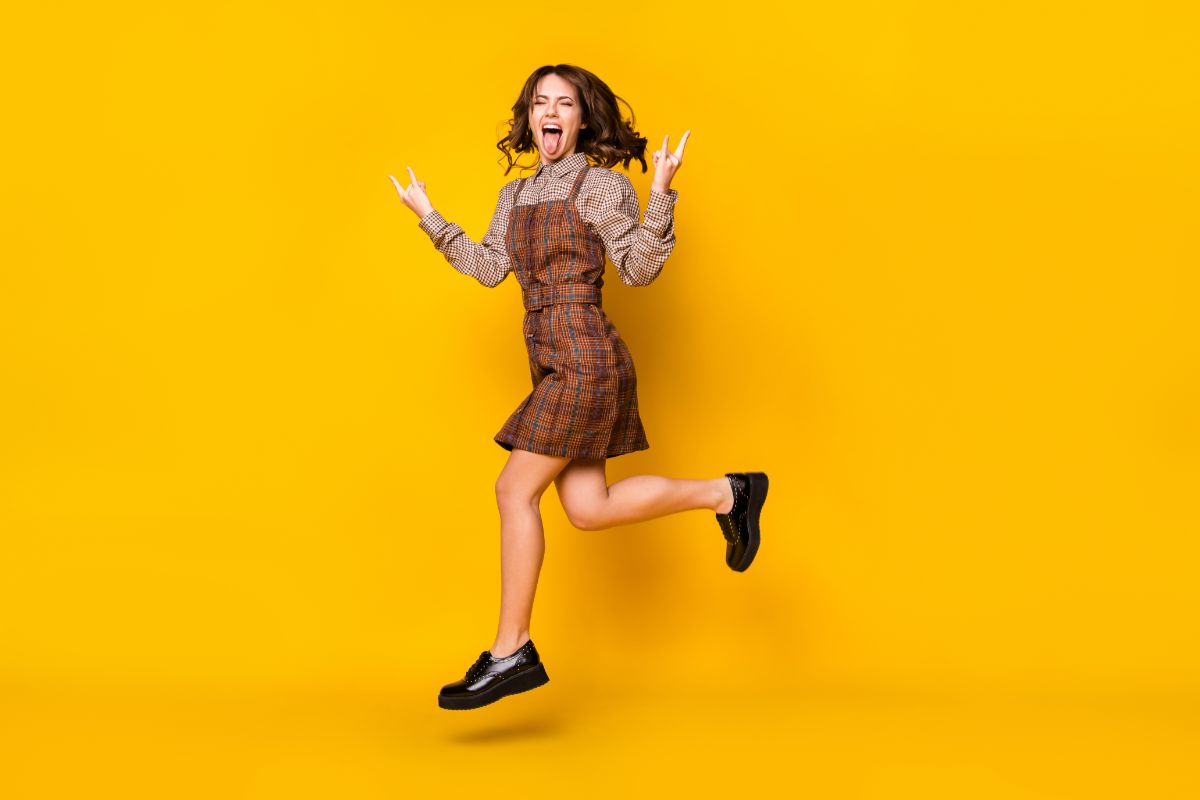 The dress in the overalls can be longer, but in most cases is a mini-dress style of cut with the overall bib. In some cases, the overall bib of the dress may not mimic the metal fastener-type bib found on most overalls today. It could include button fasteners, snaps, or even a tie fastener.

The overall dress can be worn with almost anything. It can be enjoyed with sneakers and even high heels when paired with the right styling. 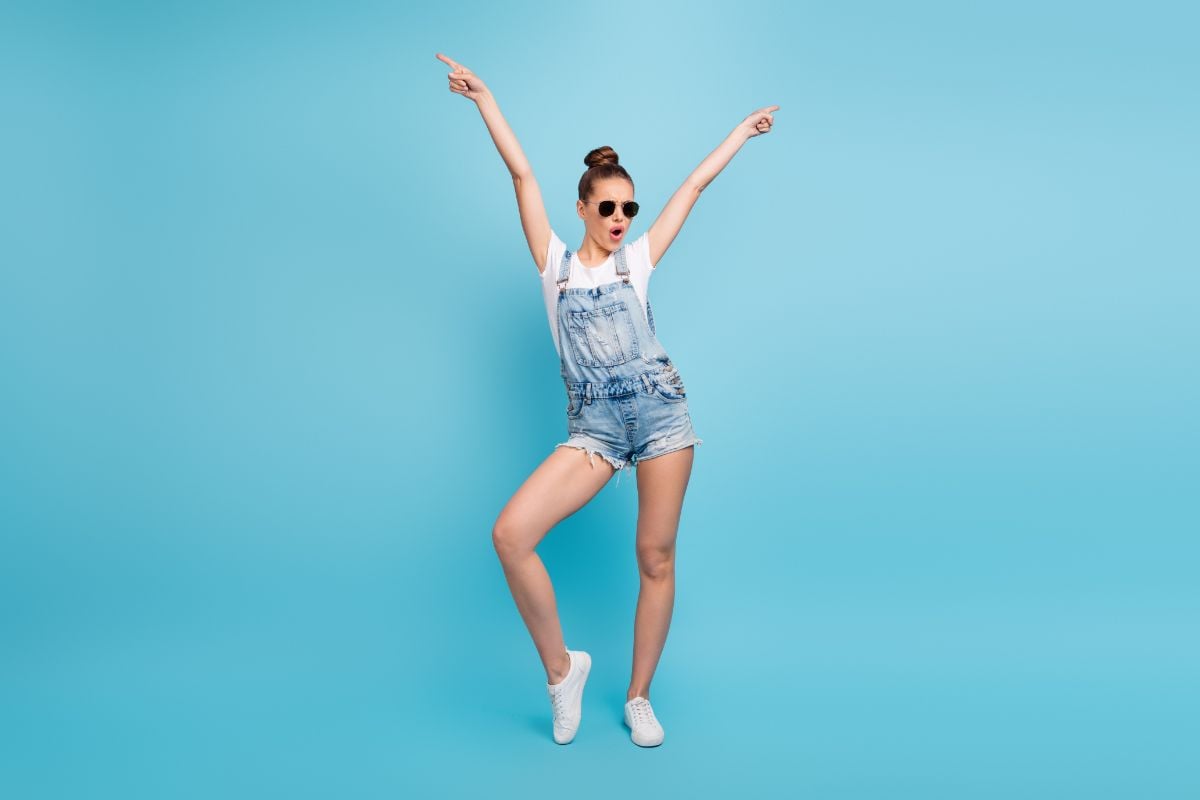 Short overalls can be worn with almost anything as well, even leggings or tights for those that don’t want to bare skin but want the cute look of short overalls still. They can also be worn with long or short-sleeve shirts and can be dressed up or dressed down. Additionally, it is not uncommon to see shorts worn with blazers.

Overalls traditionally and historically have been made with denim, but today they can be made with any fabric at all. They can be made with silk or satin and even as pajamas. They’ve also hit the runway in leather, velvet, cotton, and twill. Today, there is no wrong fabric choice when it comes to overalls.

Leather overalls can be a chic look to take to work and dress up or dress down or wear out with a tank top on a hotter day. Velvet overalls are a dressier look that can take a very casual look up a notch or two with a softer and more elegant fabric choice.

Q: What are the best shoes to wear with overalls? 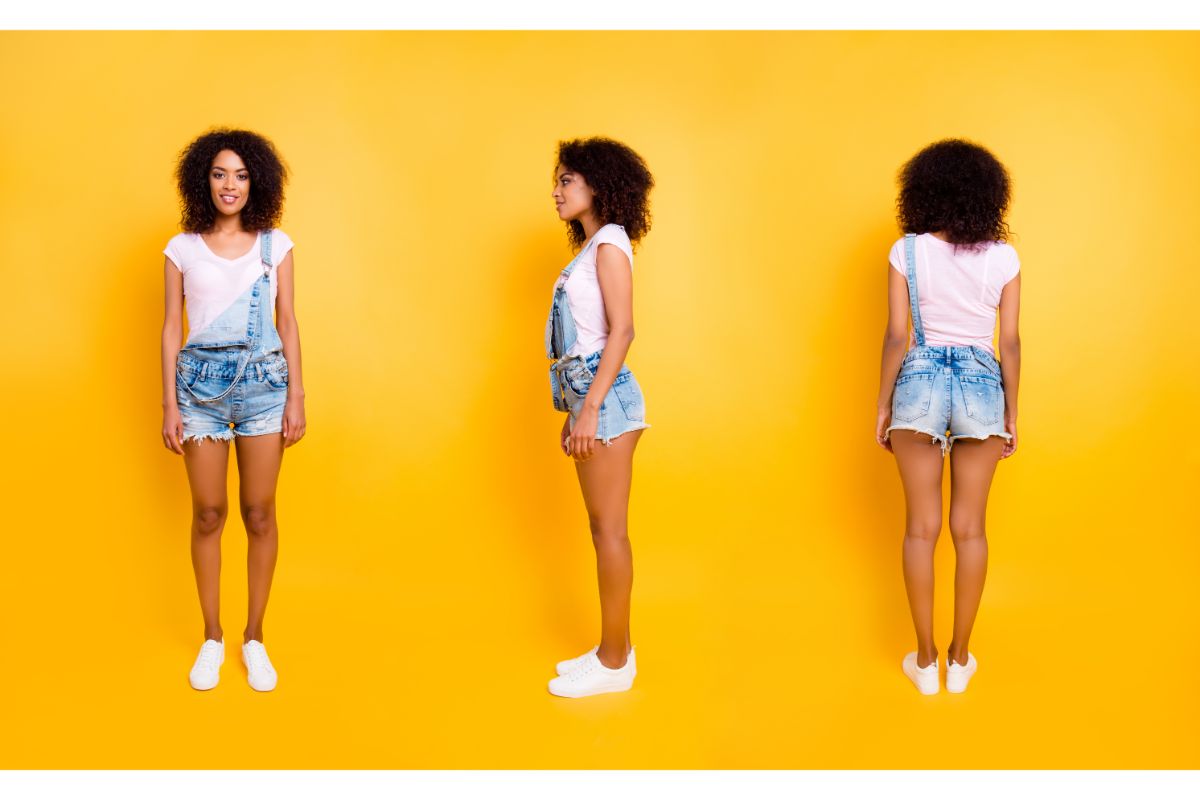 A: The best shoes to wear with overalls will depend entirely on your function and your comfort level. In most cases, flats are ideal when wearing overalls, given the casual nature of the entire outfit. Flats, especially for women, are traditionally the shoe of choice when going for a more casual look.

Overalls, by definition, are a more casual outfit and work best with flats. You don’t need to wear sneakers, although this is the most common shoe to wear with overalls. Ballet flats or even flat oxfords to dress up your overalls will work as well.

Q: How do you dress up in overalls?

A: For men, the easiest way to dress up overalls is with a collared shirt and with the shoes that you want to wear. You can also put a sports coat or blazer on over the overalls to dress them up. Choosing overalls that are darker denim or black can even dress up men’s overalls.

A pair of khaki overalls worn with a polo shirt can also be a dressier look.

Women have a little more leeway when it comes to dressing up in overalls. Heels can be worn with them, but you’ll want to dress up the rest of the look accordingly. Adding extra accessories or bling to your outfit can dress up overalls considerably.

A dressier blouse will also dress up overalls, as will a collared shirt for women.

Q: Can you wear overalls to work?

A: Overalls were born to go to work. In most cases today, you have to check with your work to see if they would be acceptable attire, and often they are. When you wear them with appropriate attire that is in line with your company’s dress code, they will be suitable workwear.