Black shoes definitely go well with black dress and pants. If you're tired of the all-black outfit style, here are other choices that will bring spice and cheer to the classic black look. 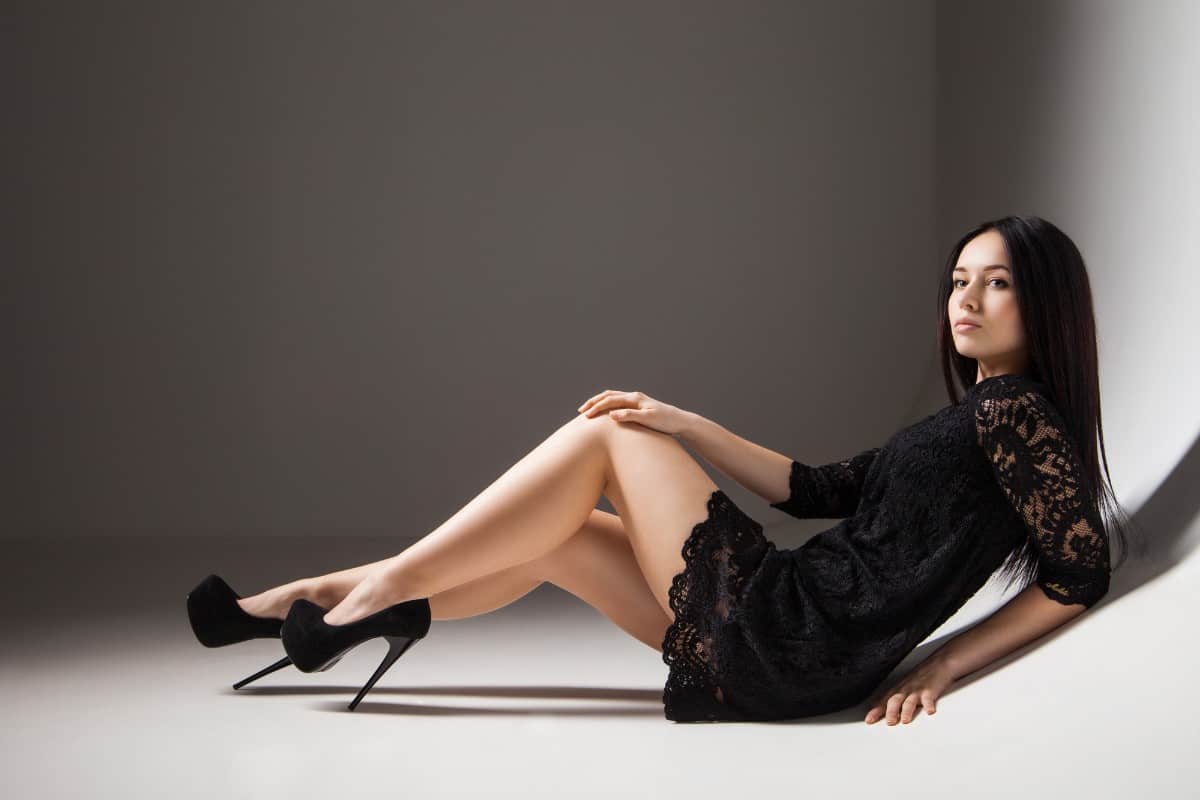 What color shoes would go with a black dress or black pants the best? Black first came to mind, but then I remembered. I delight in contrasting bold colors with dark ones to add a bit of “cheer” to my otherwise plain outfits. However, I do provide extra choices for you in case you don’t like my taste, and evidence reveals that wearing “all black” is attractive too.

Shoes With the Little Black Dress 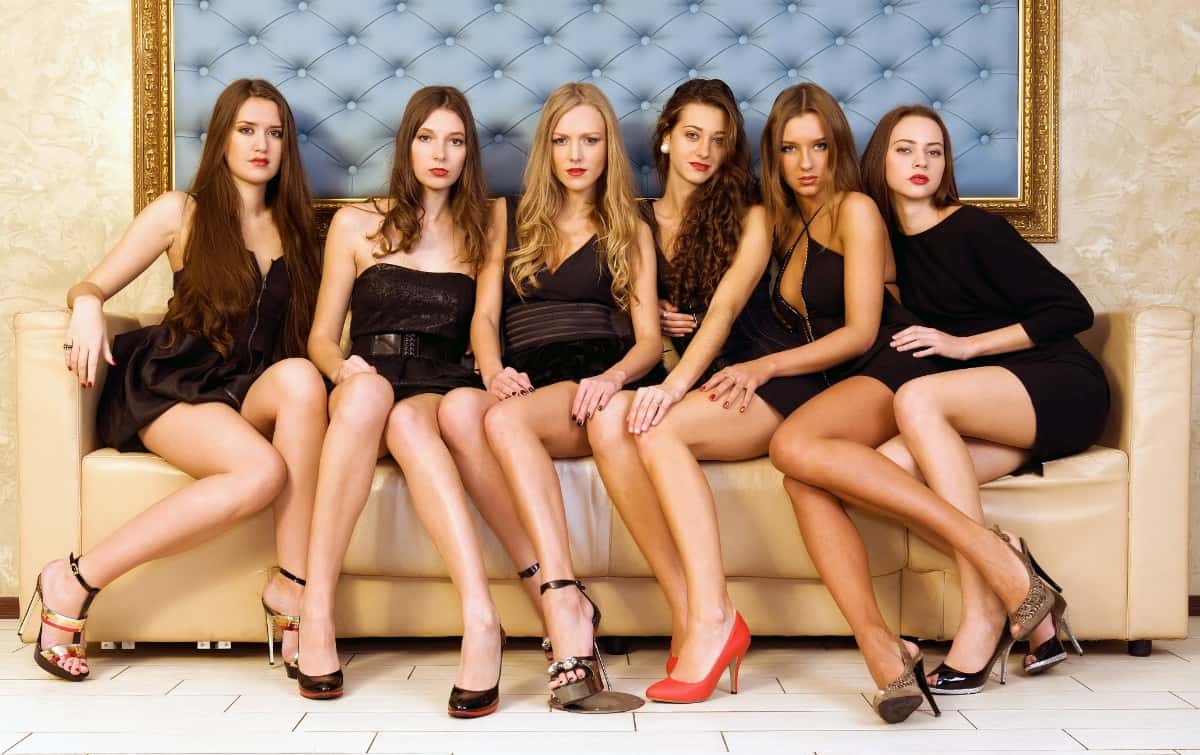 “An LBD is one of the best and one of the most simple closet staples,” says ET Reporter Katie Krause.

Along with Senior Style Editor Marisa Runyon, Krause shows six new ways to wear the LBD for running errands, brunch dates, and any level of informality or formality between. After watching this, I went on a hunt to see what I could find that comes close to the shoe suggestions made by these ET reporters.

During my fashion quest, I also found other ideas as worn by Beyonce, Jennifer Aniston, Cara Delevingne and others. If I could take time to describe all my findings to you, I would. I at least bring you the highlights of what shoes to wear with an LBD as seen from 2017-2022, some of which may stay in style for decades. 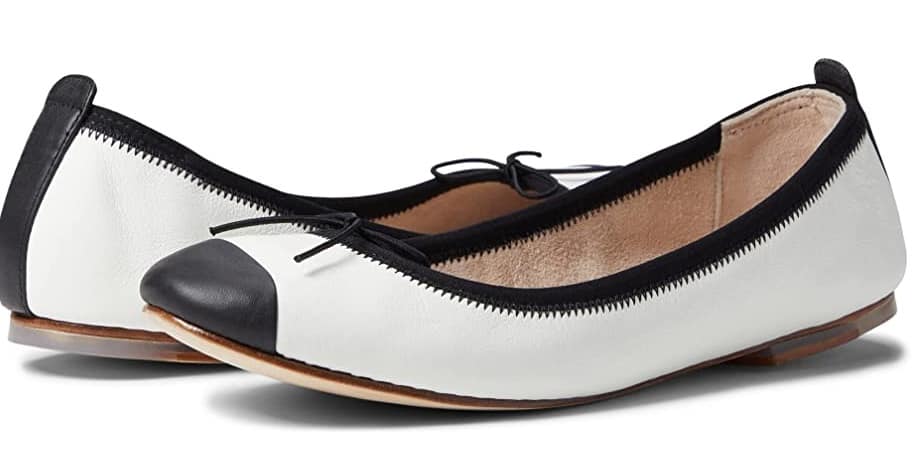 Photographers caught This is US actress Mandy Moore on camera wearing a pair of woven white ballet flats with a black tip as shown on ET in 2018. I couldn’t find the woven pair as shown in that picture yet. However, the flats I did choose still represent the ballet shoe style that Mandy Moore seems to prefer.

Moore chose a V-neck black midi-length LBD for this outfit she wore while running errands in her woven ballet shoes. By the way, photographers had caught her wearing the white shoes with a black tip and V-neck LBD at least twice during this period. When an outfit works, I say “work it!” as many times as you think you can get away with.

If I could find a pair of ballet shoes that have a comfort insole in them, that’s what I’d prefer. However, I also wouldn’t mind daring to deviate from Moore’s style by wearing the black-trimmed flats with the bow near the toes. I’m not the only one mixing it up, either. ET reporters found their own way to “uniquify” this midi-LBD ensemble with metallic shoes. 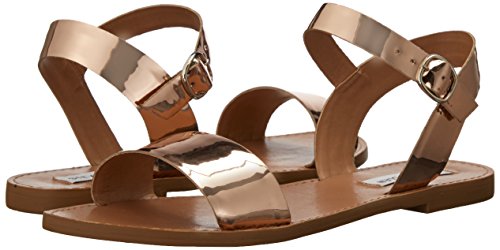 ET reporters replaced the ballet flats worn by Mandy Moore with metallic sandals. The original Loft shoe chosen for this ensemble revision had two traps, a metallic one near the toes and a nude one near the ankle. I found a similar metallic and nude sandal, but it’s sold out unless you can find another merchant that has it.

The single-strap version made by Steve Madden would do the trick just as well as the double-strapped Loft version, and the Madden version’s probably easier to find in 2022. Plus, they appear to have the shine that would complement a thick gold chain or choker, which could “dress up” your casual look and make your neck look less bare.

As if your casual LBD doesn’t have enough versatility as it is, I call ET’s decision to pair the LBD midi-dress with metallic sandals a clever move. Don’t worry if you can’t find the exact pair they showed in their online “How to Wear” feature though. You’ll make do. I promise. 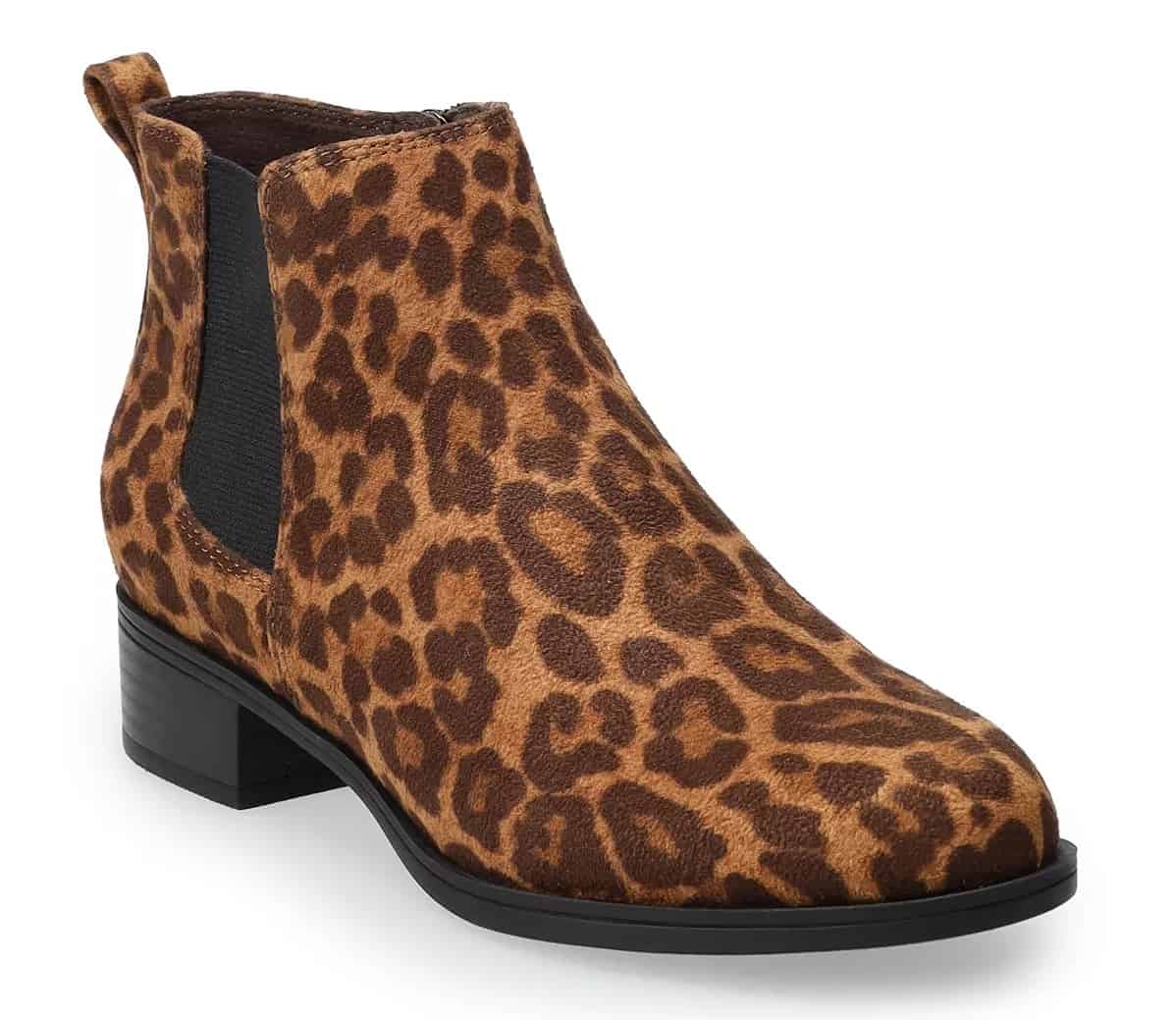 Dancer Jenna Dewan wore leopard print ankle boots with a black mini-dress in 2018. You might not find the exact shoe make as of 2022, but you can come close if you explore your options. Some ankle boots might fit the form of a curvier ankle, but I chose these because I’m confident I could walk in those short heels without tripping.

You might also find some leopard flats, heels or sandals that would match your mid-length or mini-dress, or maybe you can choose a print boot that goes up over your knee. In any case, I recommend the ankle boot for when you want to hide your socks but have footwear easier to climb out of than a thigh-high boot. 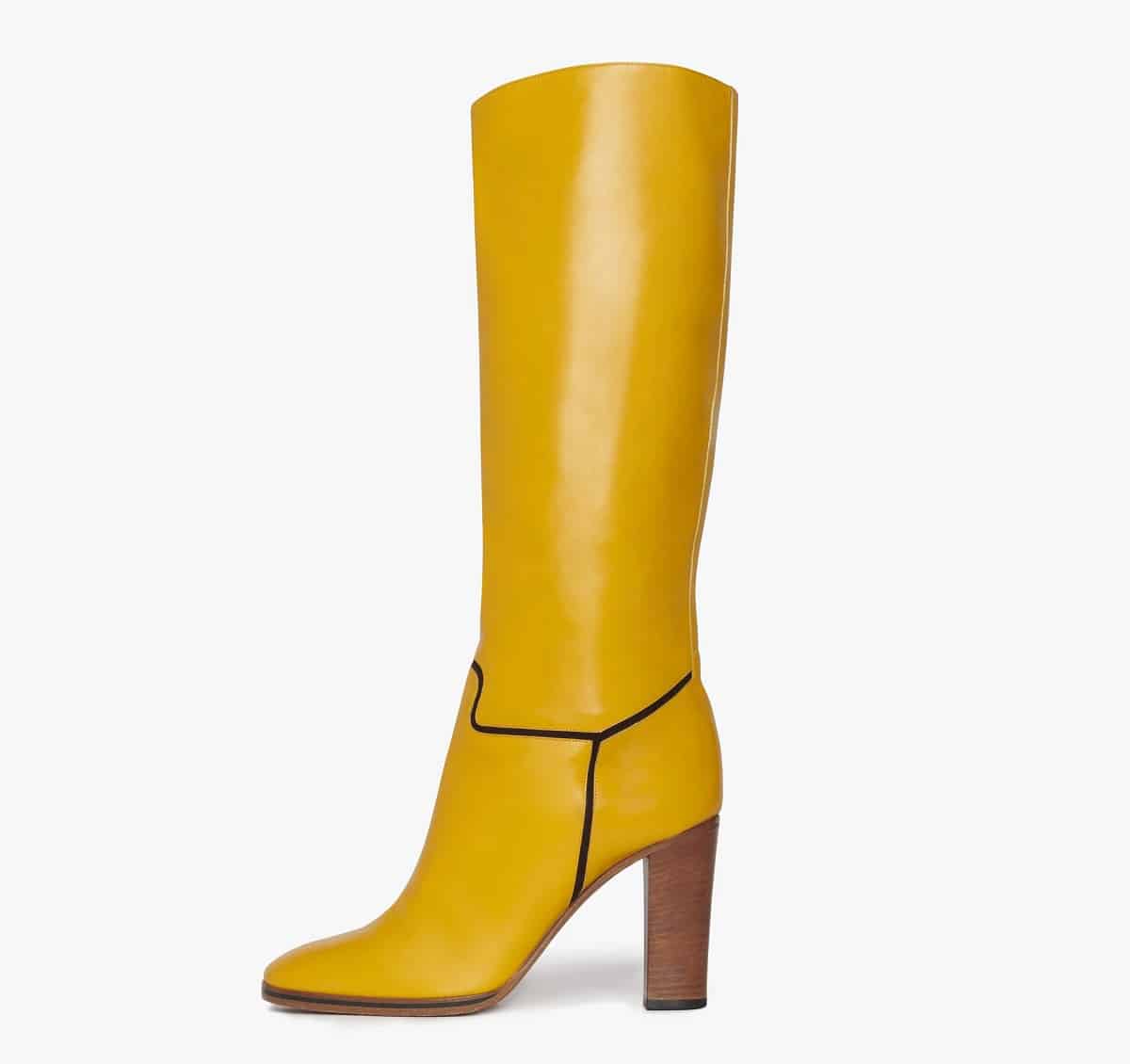 Cara Delevingne originally modeled the black over-the-knee boots at the Times Square Premiere with a black mini-dress in 2019. However, I thought to myself, what if I don’t want to just wear all black?

Therefore, I decided to pick a pair of yellow Victoria Beckham boots, which I’d probably combine with a bright scarf, earrings, hat or another accessory to balance the bright with the dark. These boots come in similar styles and additional colors made by Beckham as well as other designers.

The bright boots and other light-colored or metallic accessories I wear would become the “foreground.” Then, my black dress would serve as the “base” or “background” that connects all the other outfit pieces together. By the way, I might wear a longer, A-line skirt or midi-dress instead of this mini-outfit to accentuate my body type. 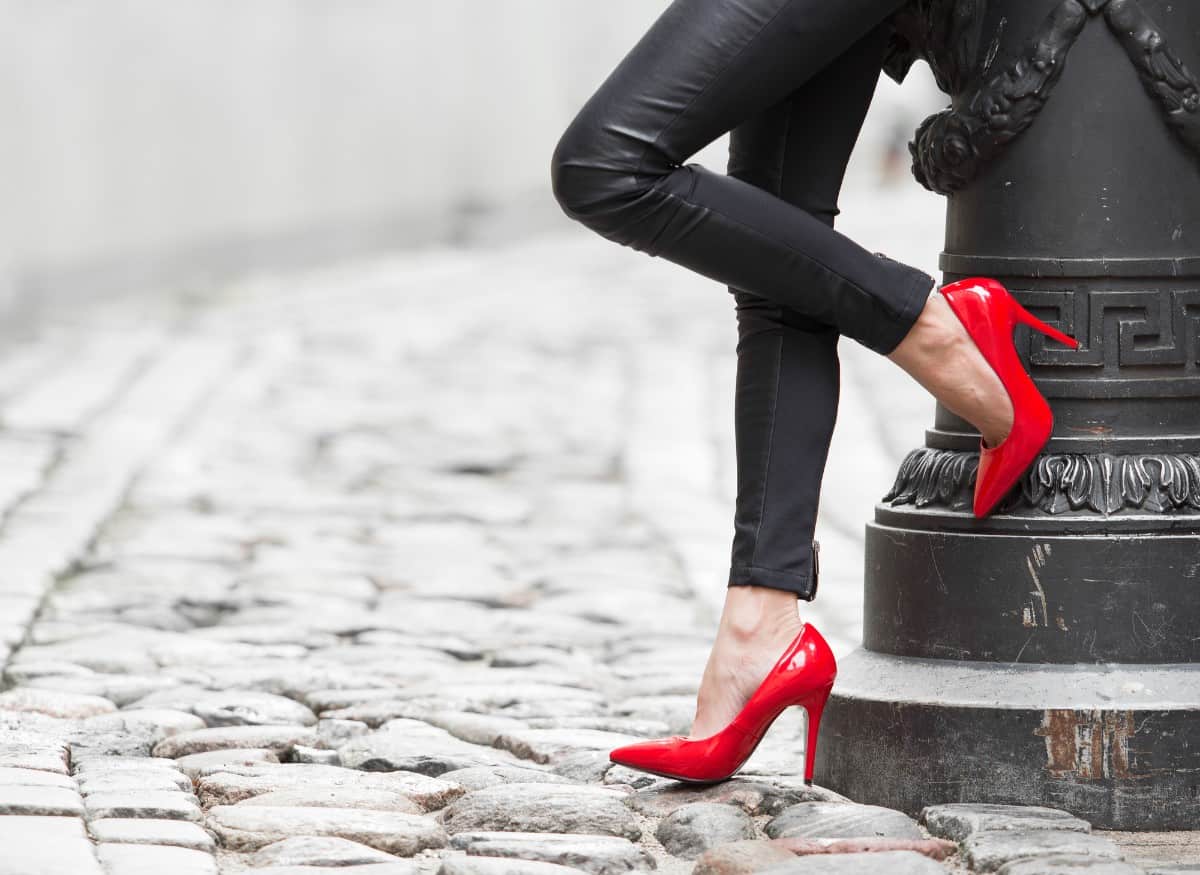 “Maximalist color combos may be trending, but this is a classic for a reason.”

That’s what Samantha Sutton, InStyle Writer wrote in the fall of 2021 about wearing all (or mostly all) black outfits. Sutton specifically mentions the fall season. However, black still has its reputation as the most versatile style shade worn year-round, so you could probably pull off the suggested all-black outfits during any season.

I make no exception for black pants, which I believe, remain one of the most important wardrobe staples besides the LBD. By the way, you can gain much inspiration from Sutton’s article which also model several shoe types. Observe the way they’re worn with different pant styles, such as skinny or baggy and leggings or wide legs.

I didn’t find a replica of the black and nude Loft Shoes that Jenna Dewan wore in 2018. Instead, I stumbled upon these single-strapped ones and maybe finding this is a blessing in disguise. I think I like them better than the Loft ones.

The Tamara Mellon metallic flats with the minimal amount of material and right amount of shine appear to have class. I’d wear them to semiformal gatherings or if standing up for a wedding. They also might work for a night out dancing if they have enough non-slip grip on the sole.

Maybe it’s a “blessing in disguise” I couldn’t find the shoes I originally wanted. After all, the Tamara Mellon shoes pictured above do inspire me. I could work with them.

Now, I hadn’t found evidence of a celebrity wearing metallic gold flat sandals with black skinny jeans yet as of 2022. However, I did at least find a photo of actress Amelia Gray Hamlin wearing a pair of black strapped sandals with black jeans published in 2020. Therefore, I decided, “Why Not?” Besides, the gold version mimics the same minimalist footwear style as the black ones Hamlin wore.

Again, I think when wearing bright, shiny, or bold shoes with all black, I prefer to have at least one other item similar to it to provide balance. Otherwise, I’d probably wear mostly black pants that have a gold shine and shoes with the same, or I’d wear the silver metallic with silver earrings or necklace. 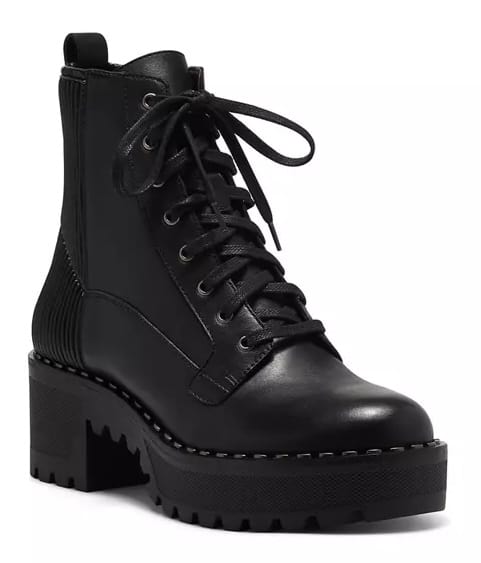 Black combat boots and thick-heeled shoes or boots of any color would combine well with black pants, even when wearing denim. I’ve personally worn them with both jeans and wide-legged pants, but I never tried them with skinny jeans. I don’t see why you can’t though.

Now, I do normally wear black footwear just because I don’t have to worry about what they will look like after stepping into a mud puddle. However, if I feel in the mood to contrast my colors, which I sometimes do, I might choose a lighter, shinier or brighter platform shoe for special occasions that don’t require heels or dress flats and sandals.