Skip to Content
Plaid pants never go out of style. Here are three outfit suggestions that you can do with the classic plaid pants. Mix them up and you can make three more fashionable outfits. 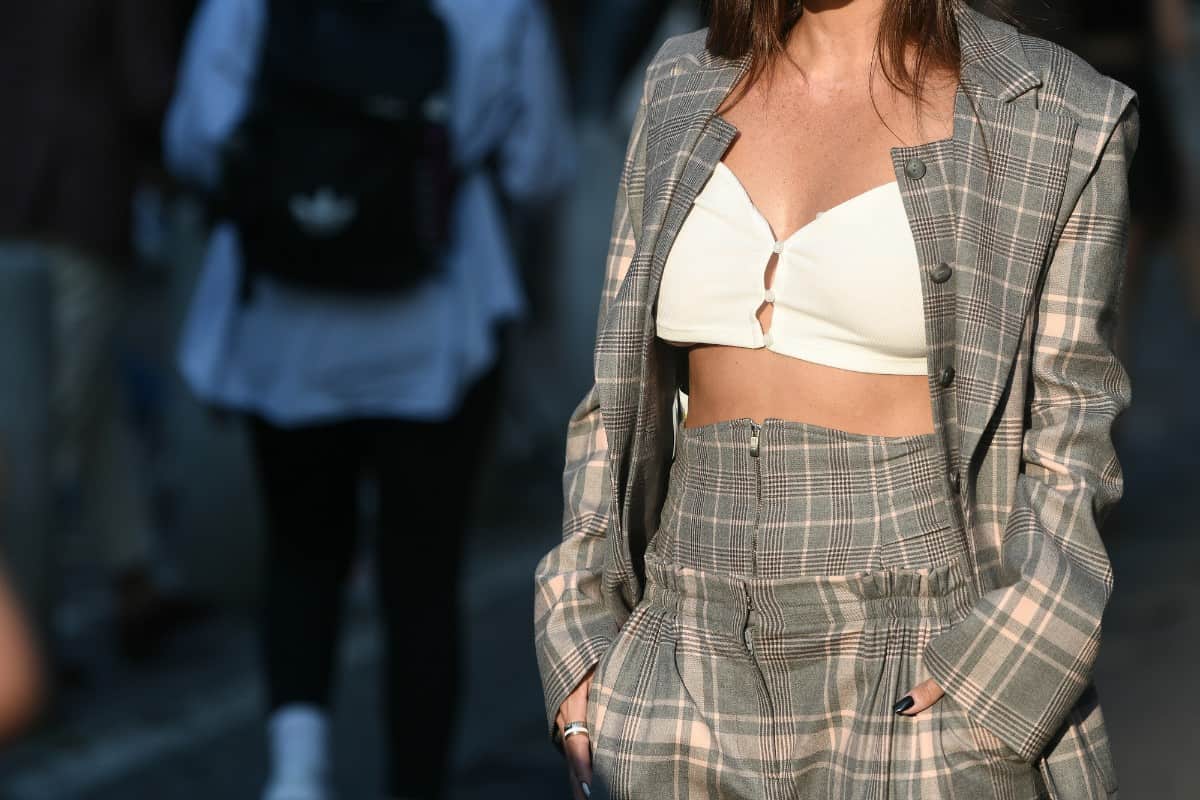 I felt overwhelmed when I began to explore what to wear with plaid pants. How much time do you have? It could take me until the end of 2022 to explain it to you.

My Findings For Now

You could multiply your wardrobe potential by two to make six outfits out of three when you mix and match these items. Don’t worry if you can’t find the exact version of each piece, which has received updates for 2022 even though they originated from 2014-2020. 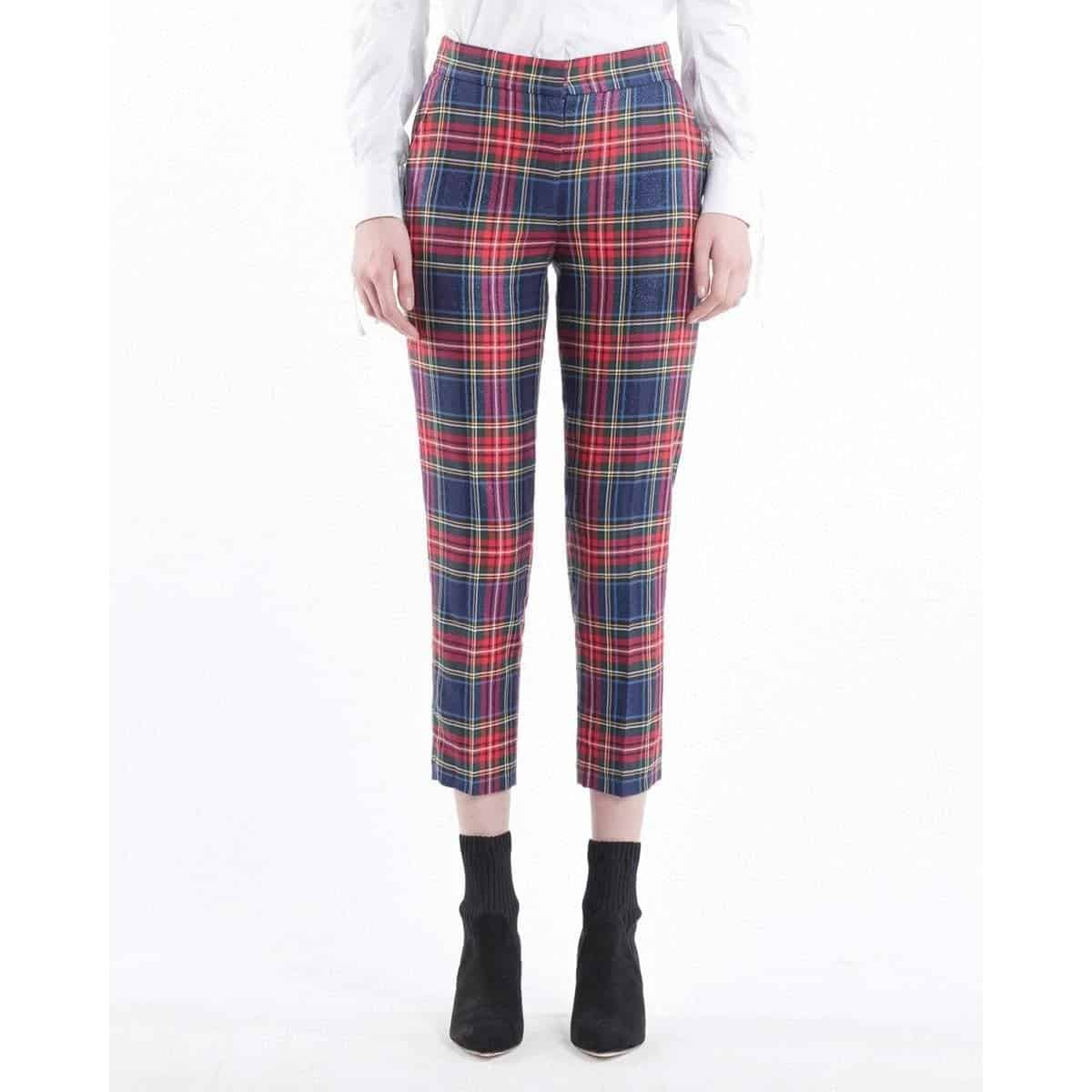 In 2014, MTV documented Taylor Swift wearing red and navy cropped plaid skinny pants when performing songs from her 1989 album released the same year. Taylor wore a variation of these pants a couple of months later. I’ll use my best judgment when choosing what shoes and tops to wear with these pants. Hint: They’re not going to be the same as in the example photos. 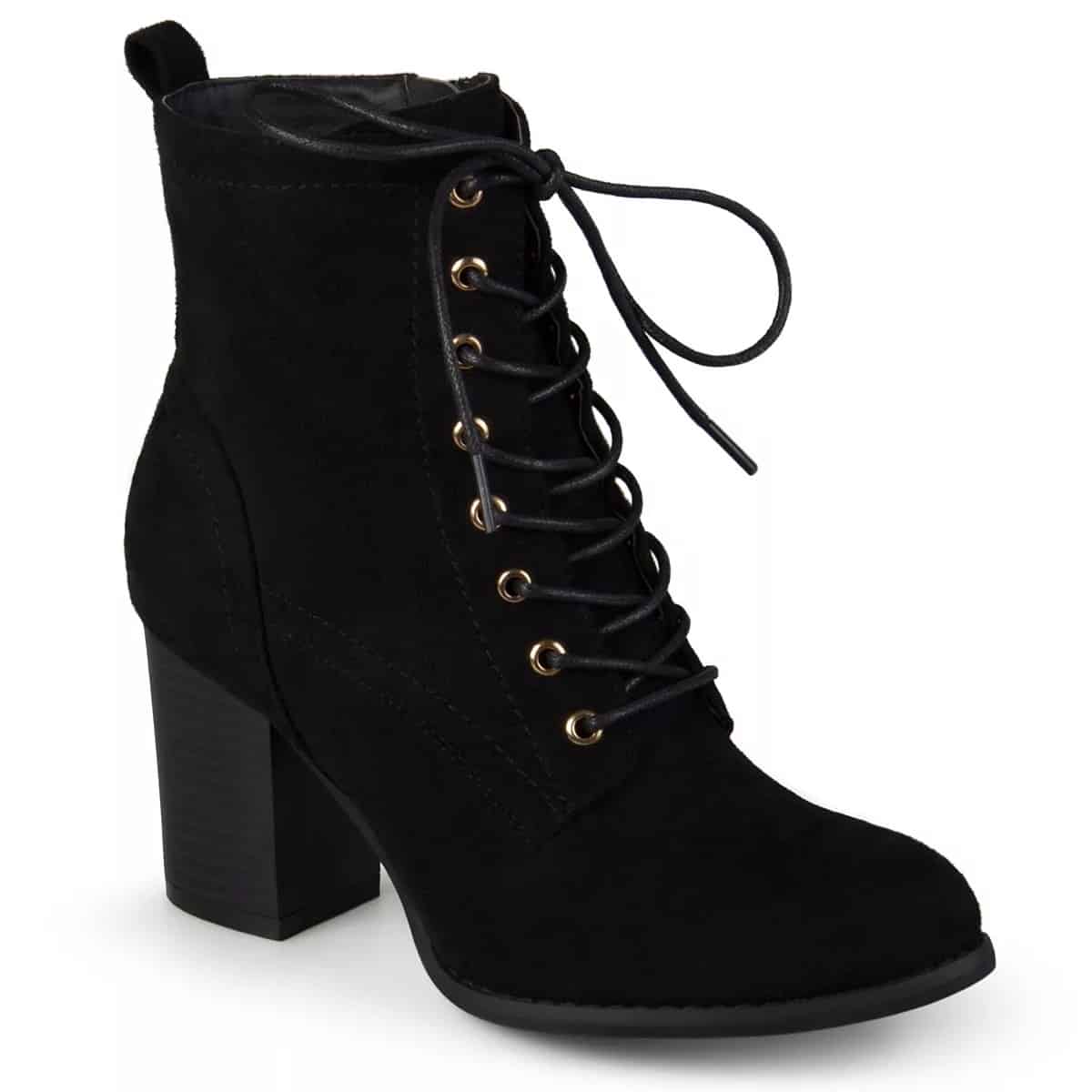 Photos of Taylor Swift during the 1989 World Tour in 2015, which took place a year after MTV shot her in red and navy plaid, reveal her wearing ankle boots with high-waisted shorts.

I’ve seen people in similar footwear matched with the plaid skinny trousers instead of the shorts. The heel ankle shoes with laces have a conforming shape to them like what Taylor wore in concert. 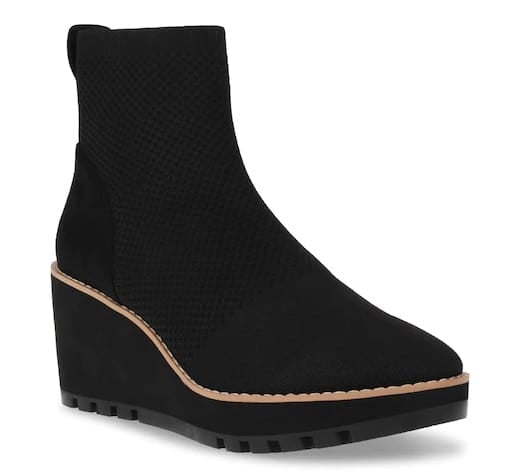 This idea came from me after viewing a product photo. Although I don’t care much for snow boots, I wouldn’t mind wearing the wedged ankle boot with skinny pants, plaid or not. I can prevent frostbite without deviating from my desire for style when wearing them in the winter.

They have a zipper instead of laces, which makes it easier for me to pull my feet in and out of than with narrower boots. I’d want to find pants that cover my ankle for the colder months, however.

In the 2014 MTV outfit shot I mentioned, I see a navy cable knit cardigan sweater with three belt closures instead of buttons or a zipper. I’d like to find that original sweater to pair with the Taylor-inspired plaid pants, but availability takes precedence over detail.

I think the gold buttons in the vertically ribbed cardigan I chose add an elegant touch. Also, the sweater’s texture provides depth to an otherwise flat-looking outfit without making the ensemble look “too busy.” 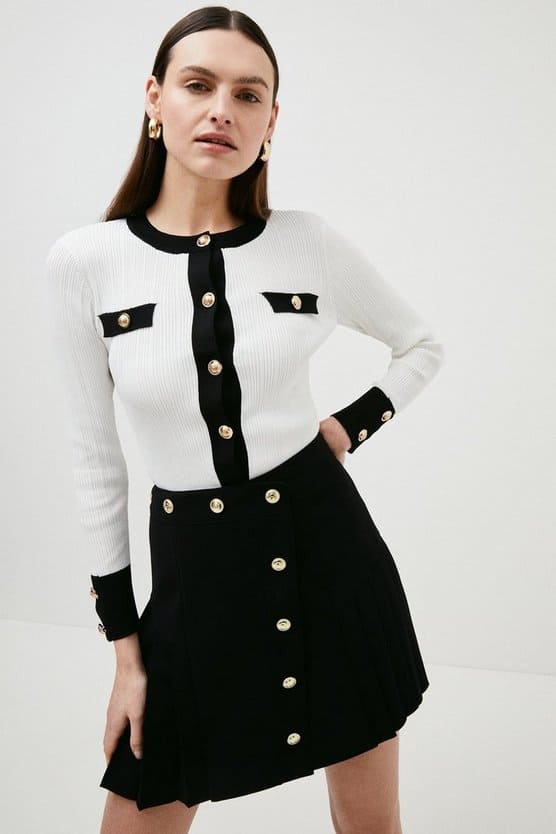 It might feel too hot for a cardigan on some days, however. If so, a military button sweater made of a lightweight fabric might keep you cool while protecting the skin from the sun. Just for fun, you might try a white instead of black or navy one because the lighter colors reflect the sun, or perhaps red or blue would work.

By the way, the short, fitted sweater depicts the specific 2014-2015 Taylor Swift style occurrences I mention. You’re not wrong if you decide to wear a longer cardigan though. 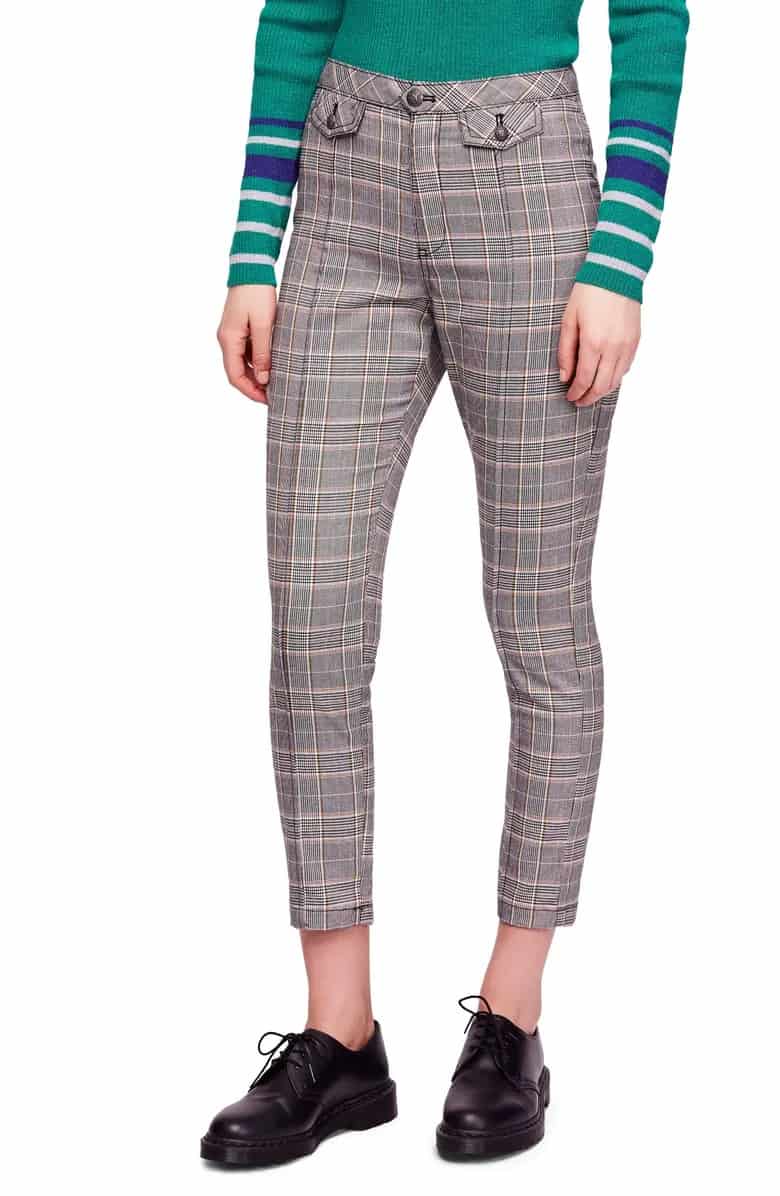 “Little did we know how infrequently pants would be making an appearance,” said MTV writer Maeve Keirens about Taylor Swift in 2014.

It’s no less challenging to find a reproduction of the Free People cropped trousers as reportedly worn by Taylor Swift in a 2020 Folklore album photoshoot than the 2014 red-and-navy ones featured by MTV. Swift didn’t even wear pants that often onstage or offstage, whether, plaid, solid-colored, or other print, but it didn’t stop her fans from wearing them.

Finding out what I learned about plaid pants from studying how Taylor Swift wore them opened my mind to new wardrobe ideas. This includes how to combine them with varying shoes and top styles. 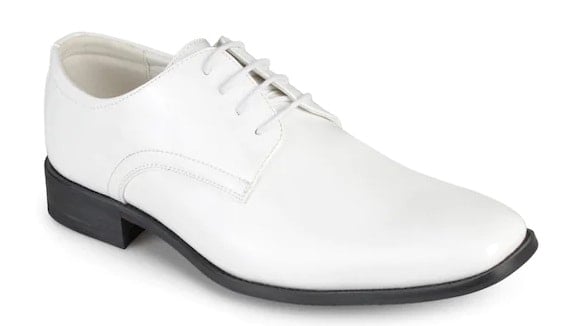 I gleaned ideas about what shoes to wear with this Free People pant style from an avid fan blog, which has a picture of Taylor appearing to wear white oxford lace-up dress shoes with said pants. Multiple sources also associate the famous pop and country singer with the Free People brand.

I can see why Taylor reportedly chose white shoes for this outfit, but I also think the black oxfords look just as stunning. I conclude that the top you wear determines the best footwear color, but I choose black shoes over white ones most of the time. 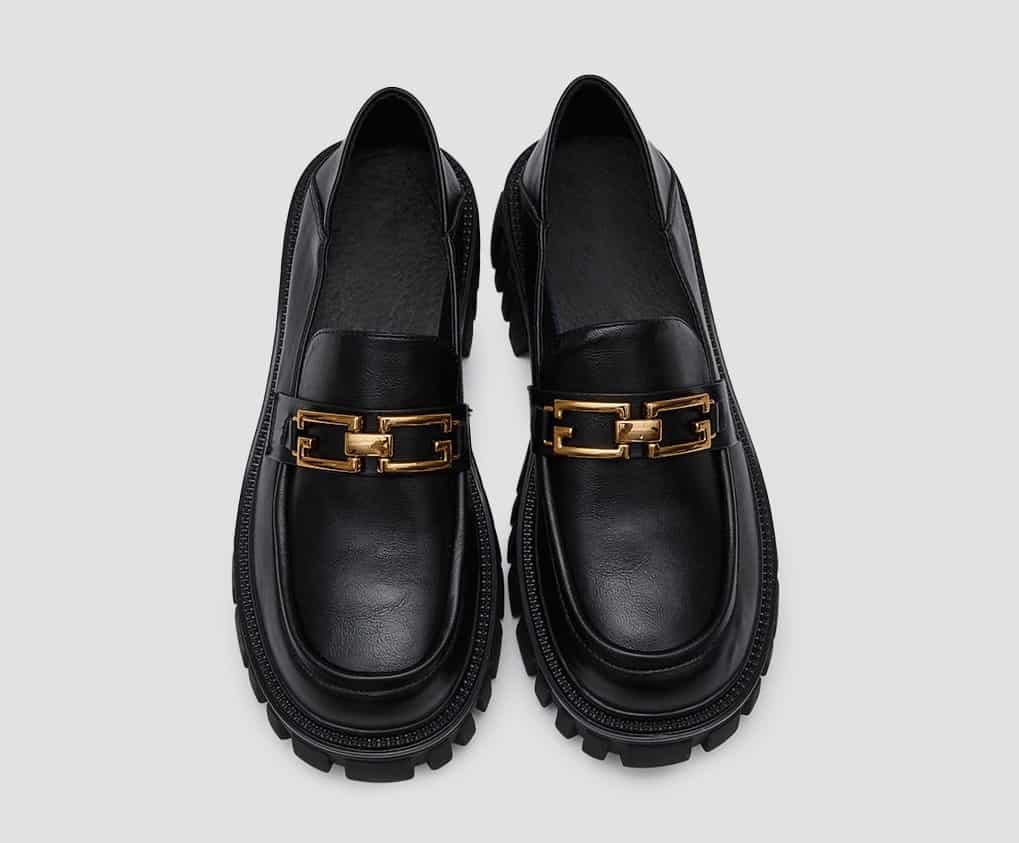 Chunky-heeled loafers or combat boots also would work with any color plaid skinny pants, including the Free People or red-and-navy versions. I sometimes prefer boots if I don’t want to show my socks or ankles. However, it’s not necessarily a “crime” to let people see that part of you, so either would work.

Besides the heel, the metallic gold buckle of this footwear could coordinate well with the navy cardigan with gold buttons I selected, and both items would fit well with either of the plaid bottoms I suggested for you so far. 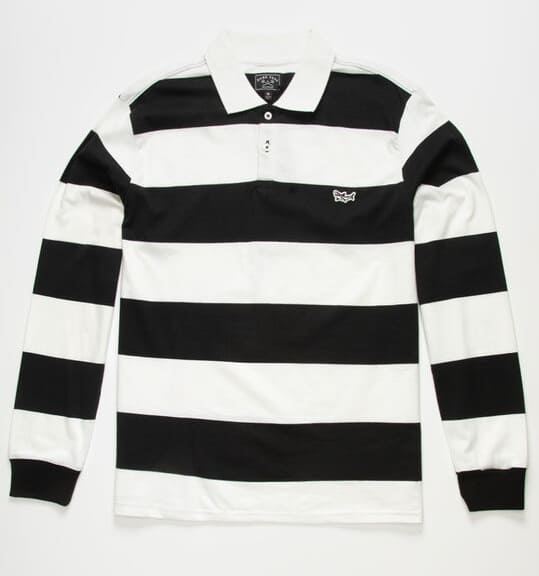 This may seem odd to you, but this striped polo resembles what appears in one of the Folklore album photos. If you do it right, you can pair two different patterns together.

It usually works when one of the prints stands out as “less busy” than the other item, and it makes sense that photographers shot Taylor Swift’s stripe and plaid duo in black and white. That tells me that this outfit would work if worn in all black and white, to begin with. 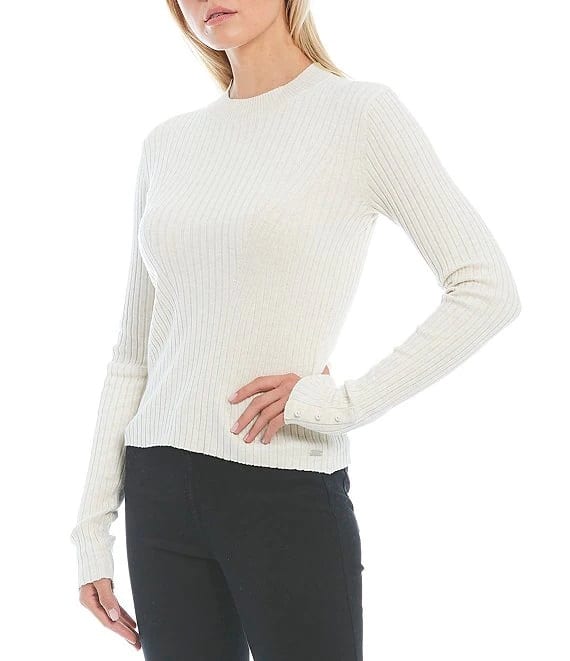 The original photo example I used to demonstrate this outfit shows the chosen plaid pants paired with a tucked-in green fitted sweater. The idea of mostly solid with a few stripes seems less overwhelming to me than two fabrics completely covered in different patterns.

I also feel for people, such as myself, who prefer to just wear a solid-colored top with print pants. The fitted sweater complements the plaid pants either tucked in or left out over the pants line. 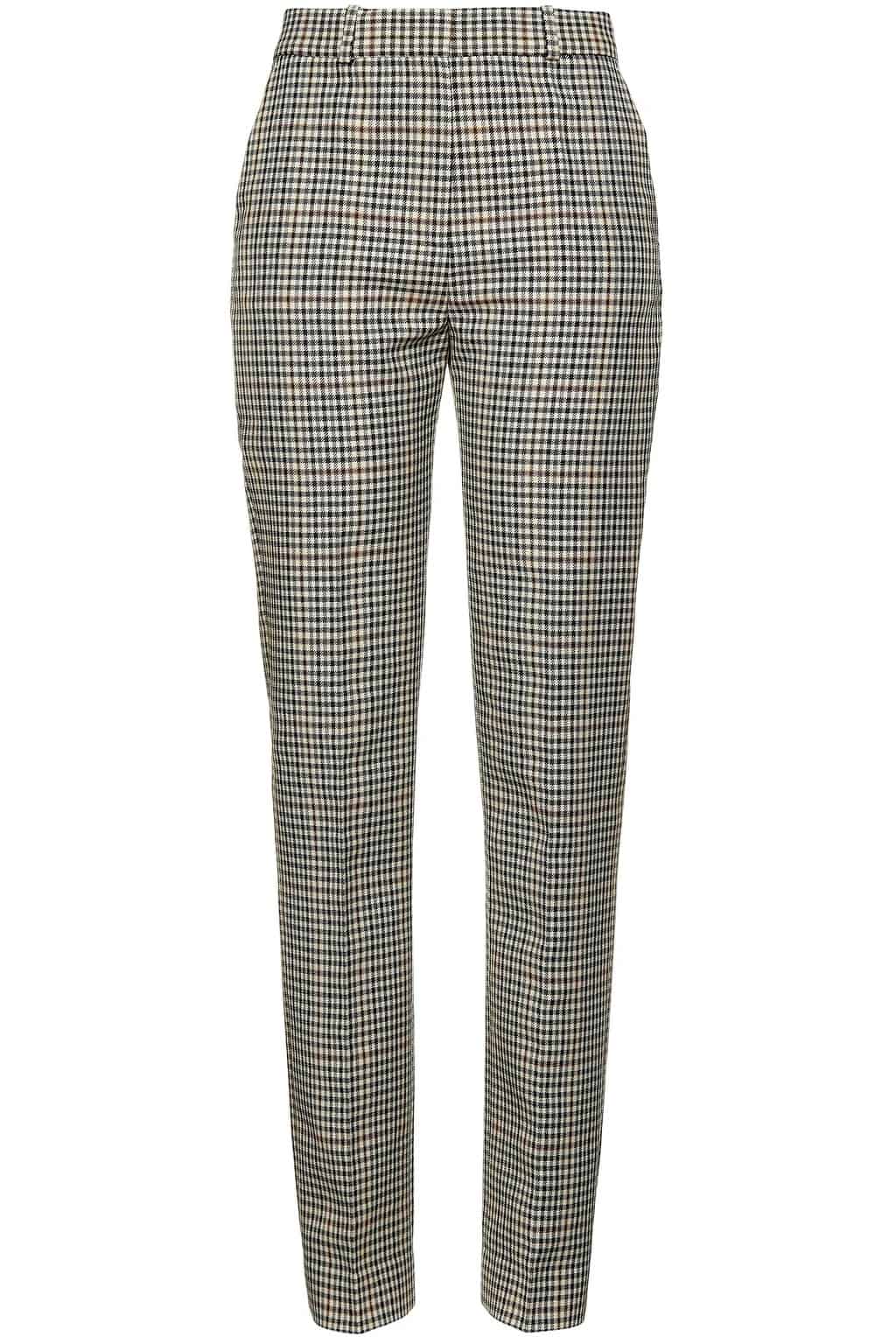 These plaid pants have a similar color pattern as the pair of Victoria Beckham checked pants that Gone Girl Actress Rosamund Pike wore in 2017. It’s as close as possible to the original as shown on Good Morning America and reported by The Daily Mail.

It’s hard to find a pair just like the original as of 2022. However, any skinny pants with a plaid pattern still feel relevant to me. 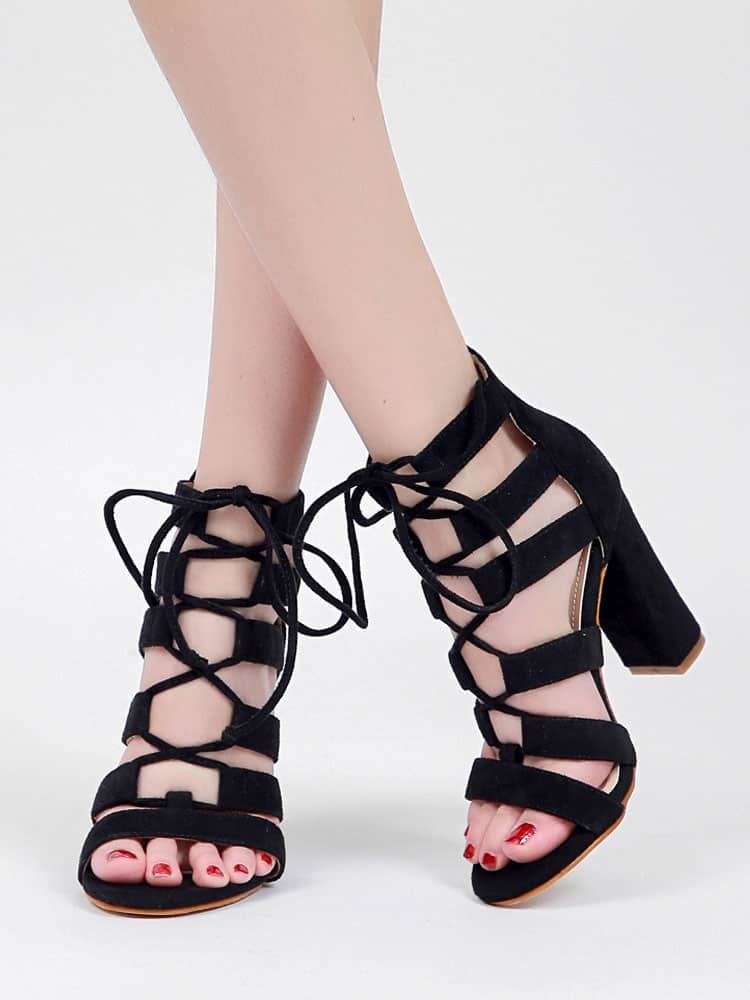 “When it comes to shoes, the sky is the limit with plaid pants outfits.” – Pushing Daisies, 2022.

I didn’t realize until now (March 2022) how many ways you can wear shoes with plaid pants. It’s not just with flats or sneakers anymore. Don’t limit yourself when wearing plaid pants, especially when it’s the skinny kind that fits snug around your ankle.  I like how cleverly Gone Girl actress Rosamund Pike pulled off these gladiator sandals in 2017.

Gladiator sandals may not have been my first choice for wearing with plaid. To me, they seem like an item for an evening gown or maxi dress, especially a black one. Still, it has taught me to stop limiting myself when picking out shoes for my outfits. 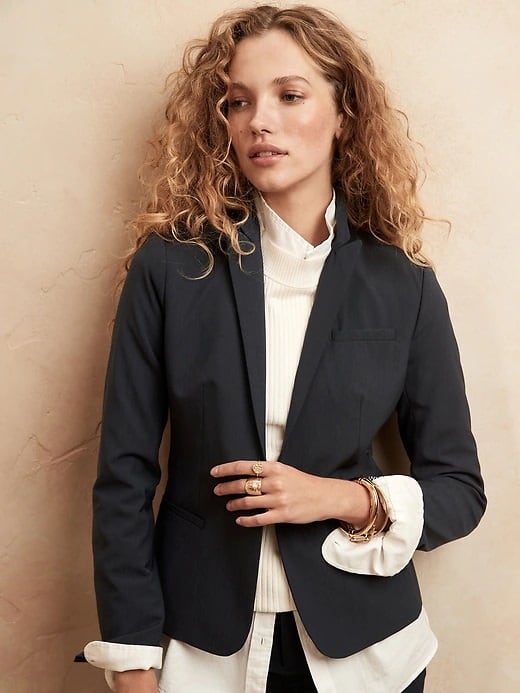 Even though Rosamund Pike received rave reviews from the Daily Mail concerning her plain white T-shirt worn with the Beckham pants, I felt the need to upgrade a bit.

Imagine matching the fitted blazer and long button-down layers I chose with any of the plaid bottoms I suggested, including the ones worn by the Gone Girl actress. Fashion-wise, blazers saved my life so many times, and they help me shape my “side profile” when I look into the mirror.