Is it possible to use a belt with overalls (bibs)? Look here and read this page to see if you can wear belts with overalls. 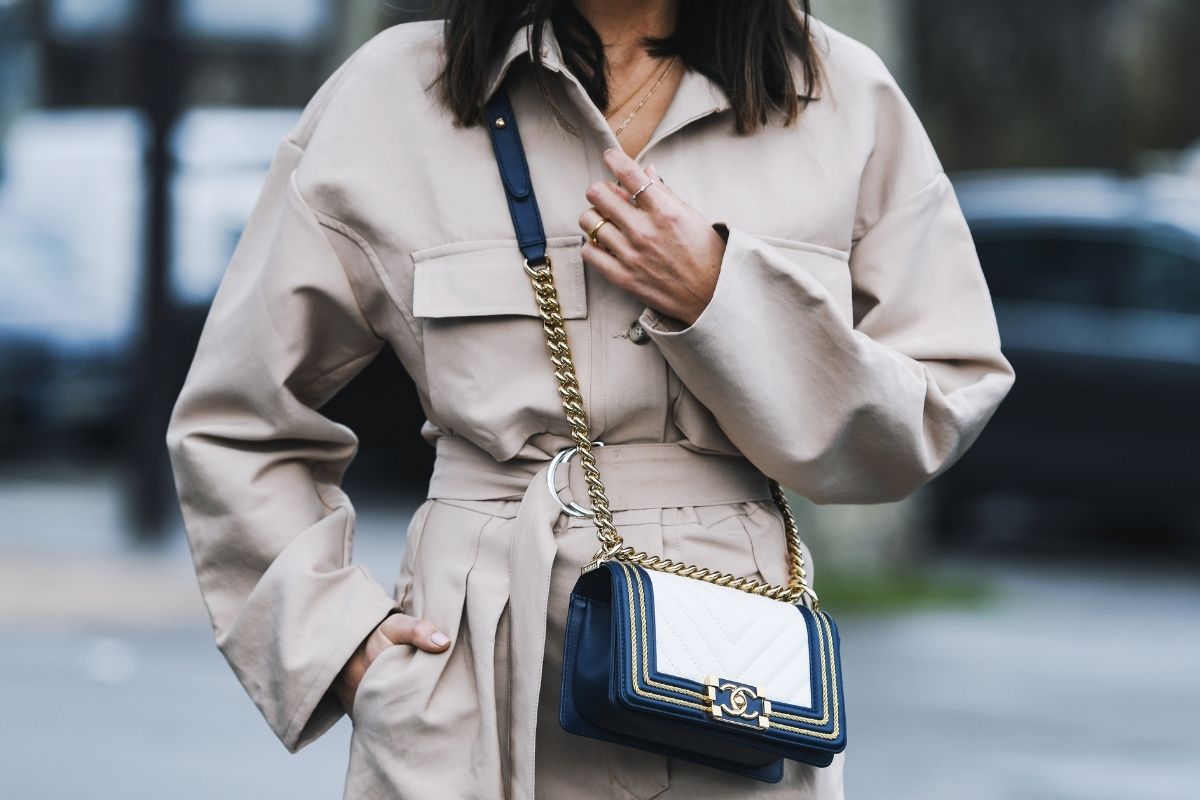 Can you wear belts with overalls (bibs)? My first reaction to this question was “please don’t.”

Then, I saw some photos of women wearing overall shorts that have belt loops in them, one of them having featured a scarf belt. I think maybe the most practical way to wear overalls with a belt is to have a belt bag (formerly known as the “hip” or “fanny” sack).

I always thought of bibs belt loops as just decorative, except for the carpenter loop on the side that holds a hammer—just like if you were to wear carpenter pants. Belts in overalls do occasionally serve a function besides fashion, so I learned. 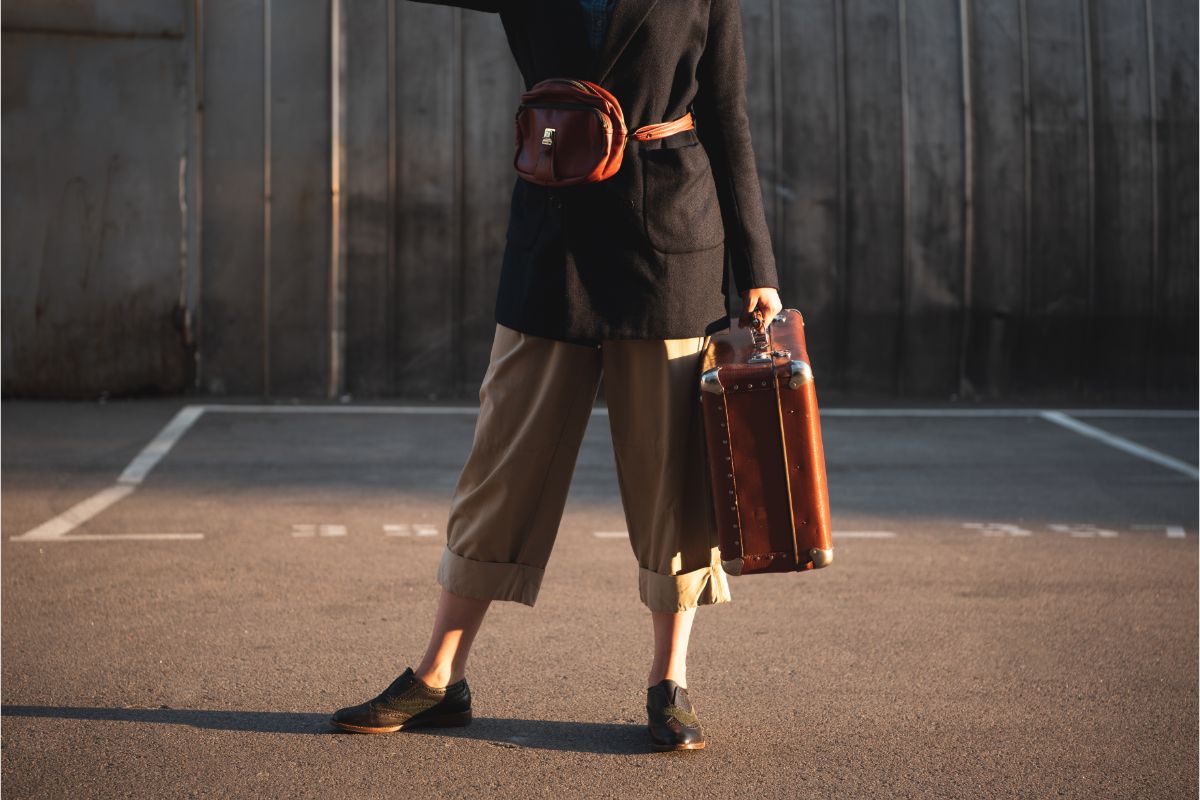 The only purpose besides fashion I see belt loops on bibs is to use them as extra tool holders or for wearing a tool belt that you don’t want to fall down your waist, or maybe a hip sack—oh, I mean belt bag. I’m sorry, I forgot this is 2022, not 1989. We don’t call them hip or fanny sacks anymore.

Anyway, I think the belt bag may be the only instance I’ve noticed in which a belt around a waist when wearing overalls is more than just for fashion’s sake. I’ve seen belt bags worn with regular jeans, but it’s not impossible for some people to wear them with overalls and get away with it—easier than trying to fool us “older” people that they’ve come up with a new fashion.

It’s really the same thing as a hip sack but a different name. You will usually see belt bags over the waist, however, and oftentimes pulled to the side. Unlike regular jeans, you almost never see belt bags strung through bib loops.

The Scarf as a Belt 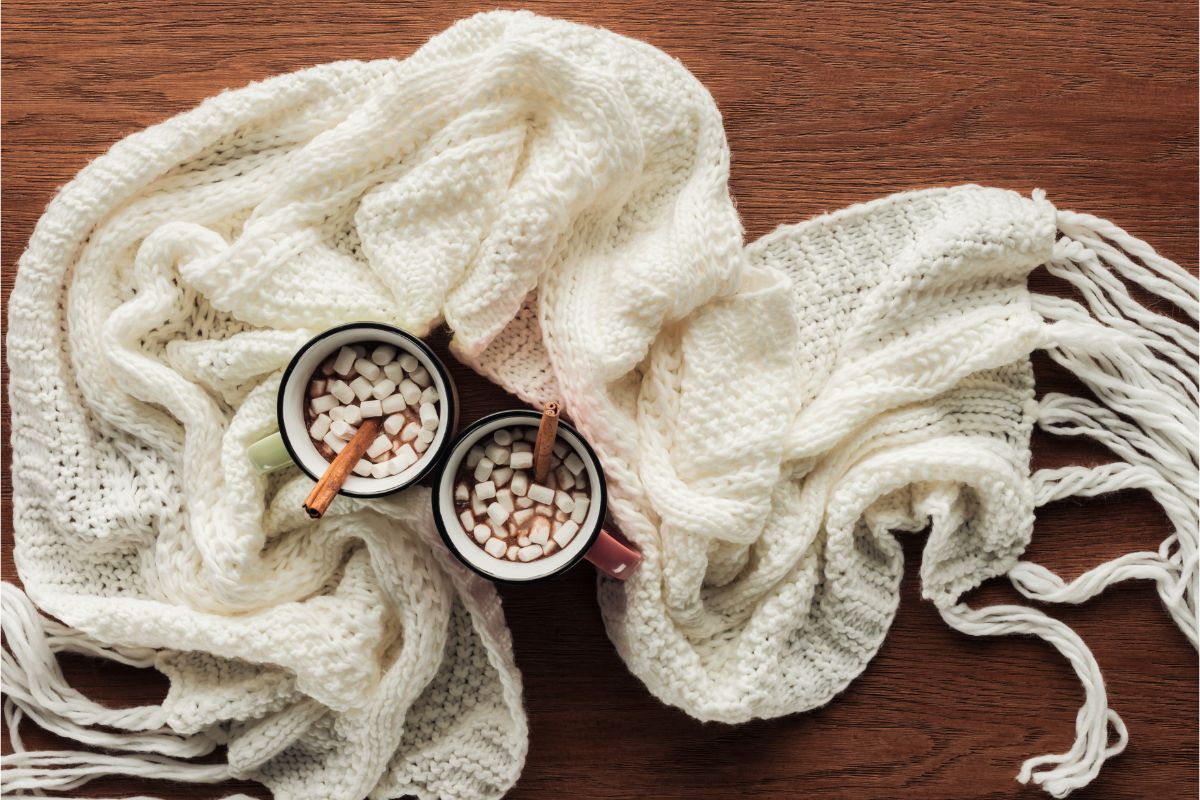 “10 points for creativity! Belting your short overalls will not only add style but waist definition too. 10 Ways to Wear Short Overalls.” – Lauren Messiah.

Lauren Messiah calls it creative to wear loops in overalls, so it must not be common. Uncommon doesn’t necessarily have to be a bad thing though. I would feel self-conscious, having grown more around the middle than I would have liked to.

The only overalls I have worn since 2019 are the yellow rain pants I owned that were two sizes too big for me and my heavy-duty snow pants made for winter. I wasn’t ever going to be wearing any kind of belt with mine, let alone a scarf.

I will try to keep an open mind though. After all, I have worn a scarf as a belt a few times with regular jeans. I hadn’t done that since 2018, however. Wearing a scarf with overalls around the waist is probably where I would draw the line. I at least won’t do it with denim overalls.

The fact that a belt with loop closure might come with your one-piece outfit might not necessarily make a tie belt “okay,” in my opinion. I have never once worn a tie belt that has the ring closure since…I’m not even sure when.

It could have been grade school or high school or maybe sometimes when I was in my 20s, which was longer ago than I want to admit. I don’t remember ever wearing a belt with overalls, and I probably never will. Even if I did, it wouldn’t be this kind of belt.

I have lived long enough to outgrow some styles, and this type of belt just doesn’t do it for me anymore. I’m moving onto new kinds of belts now. 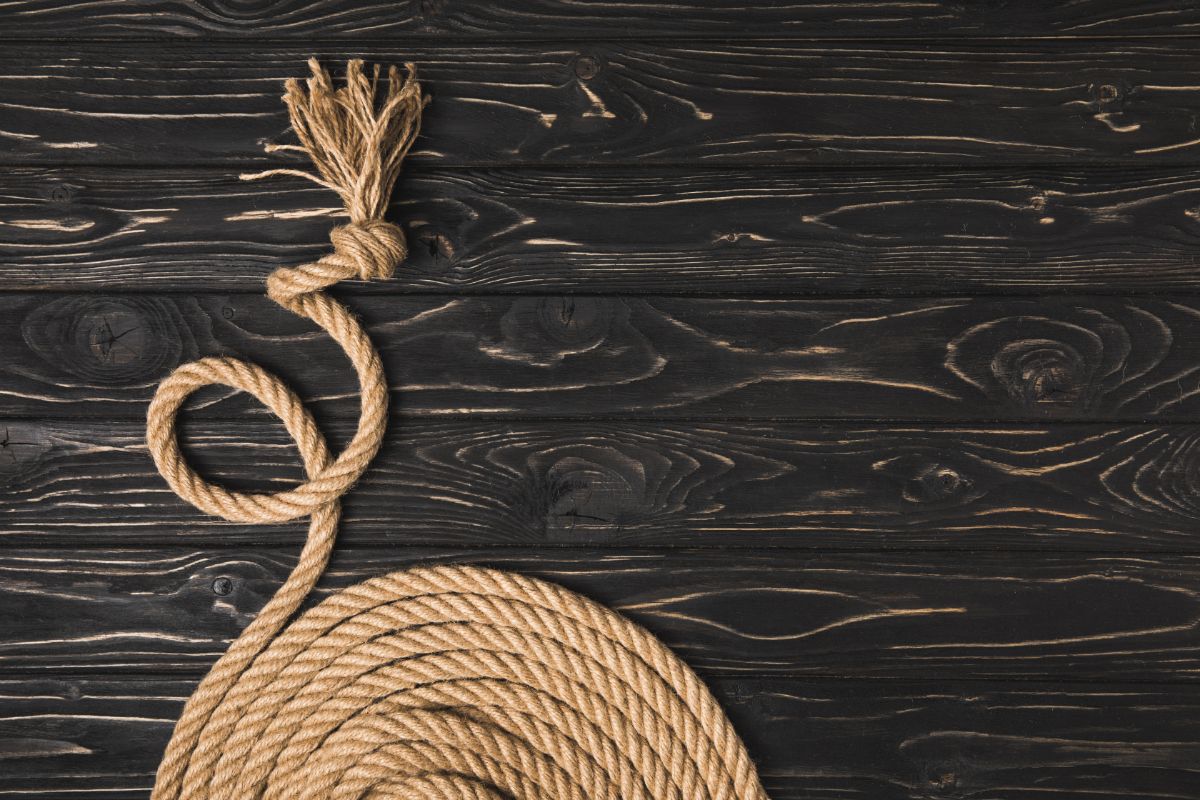 Now, I deviate a bit. I haven’t seen anyone wear this kind of belt with overalls, and I’m not sure that they would with denim ones. The only exception I imagine is maybe with black or painted denim but not with blue jean overalls. It’s just one more instance in which something that works with regular blue jeans may not work with most bib-styled denim jeans.

I like this rope belt though, and I’d probably wear it with a semiformal jumpsuit or overalls designed for fashion’s sake and going out at night. I would not ever wear a rope belt for production, janitorial, retail or carpentry or mechanic’s work. That would be dangerous and impractical, but for dress-up occasions, I think of it as an extra touch I’d welcome.

I took a gasp after becoming enamored by the detail of this dress belt. It’s one more item I’d wear with dress-up jumpsuit overalls with denim ones. By the way, I have also seen comments about not just wearing denim bibs.

That’s the point I’m making. Overalls don’t always have to be for casual use. I’ve seen some semiformal jumpsuit overalls made of materials meant for evening gowns, which I’m pulling for because the fitted and flair style happens to be the type I look good in the most.

If we can continue a trend of making jumpsuits more practical for using the restroom when out, I am all for it if it doesn’t look tacky, and this belt…I love it. Even though I said I’d never wear a belt with overalls, well, I was referring mostly to the denim type—not the dress-up denim ones. 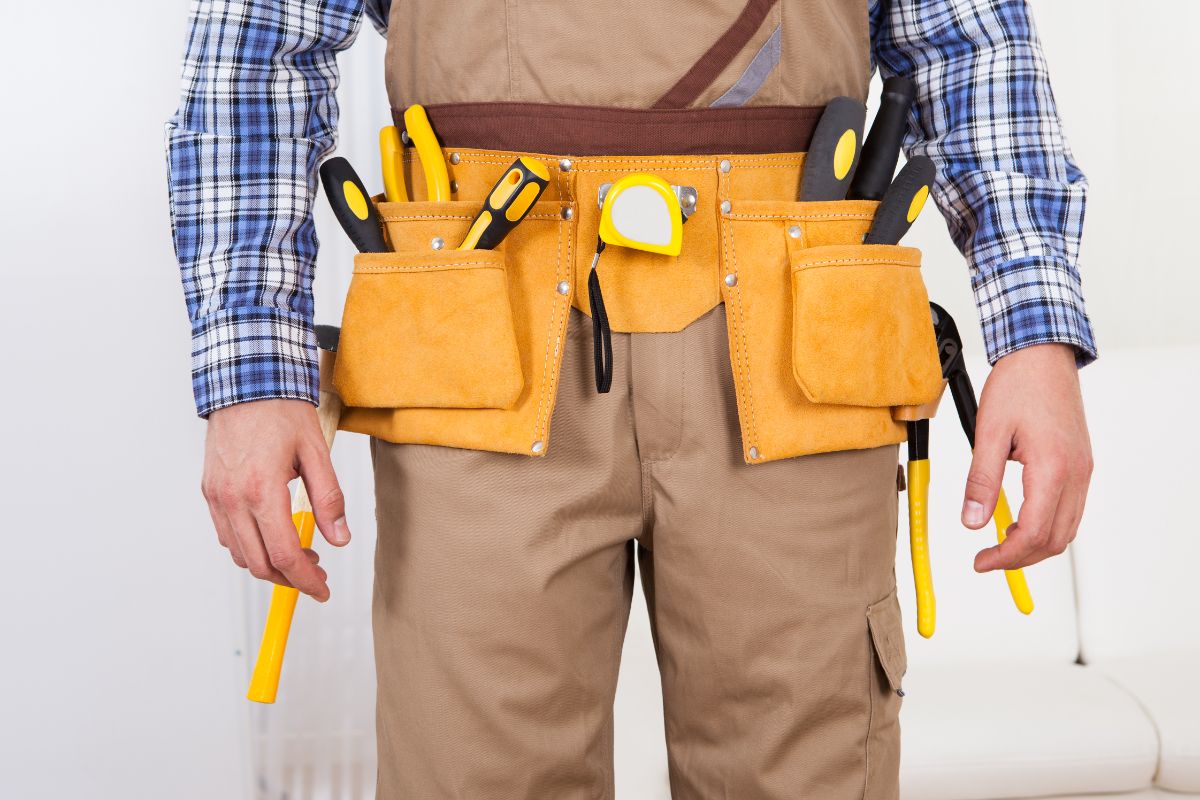 (And I Stand Corrected On Origin of Belt Bag)

It just occurred to me how similar an actual tool belt is to a belt bag. The belt bags that I wore in the late 1980s and early 1990s may have been used as tool belts in the 1800s or even as early as the Copper Age. I used to use the pockets of one attached to an apron the last time I worked at a retail store after 2017 too, by the way.

Now, I announce a correction I made of myself from when I first started writing this post. I haven’t seen either tool belts or belt bags sent through belt loops on overalls, but it’s not impossible, depending on the style. Anyway, I digress for a moment.

More About Belt Bags and Overalls

Earlier, I ranted a few times about how they used to call the belt bags, hip sacks or fanny sacks. Then, I suddenly decided to do some more research, and I’m glad I did. Otherwise, I would have misinformed all of you.

I ran across this article published in the UK by Mahi that refers to a belt bag as a “bum bag.” I stand corrected about the origins of a bag that has been called more names than I thought. Since the 1962 development of this waist bag…or is it a belly bag, buffalo sack –or maybe the “call it whatever you want,” bag?? (I made that last one up).

Anyway, I realized before even finishing this post that the tool belt and/or belt bag has existed for longer than I ever realized. So, what does any of these have to do with overalls?

I think the belt bag is probably the most useful version of an item you’d wear around the waist, especially if it’s with work overalls. It even still occasionally has some fashion value, and if I’m going to wear a belt with denim overalls, it might as well be the dorkiest “hip sack” I can find.