Here's a closer look at dresses and skirts including their history, evolution, advantages, and disadvantages so you can have an informed decision in picking the best clothing to wear. 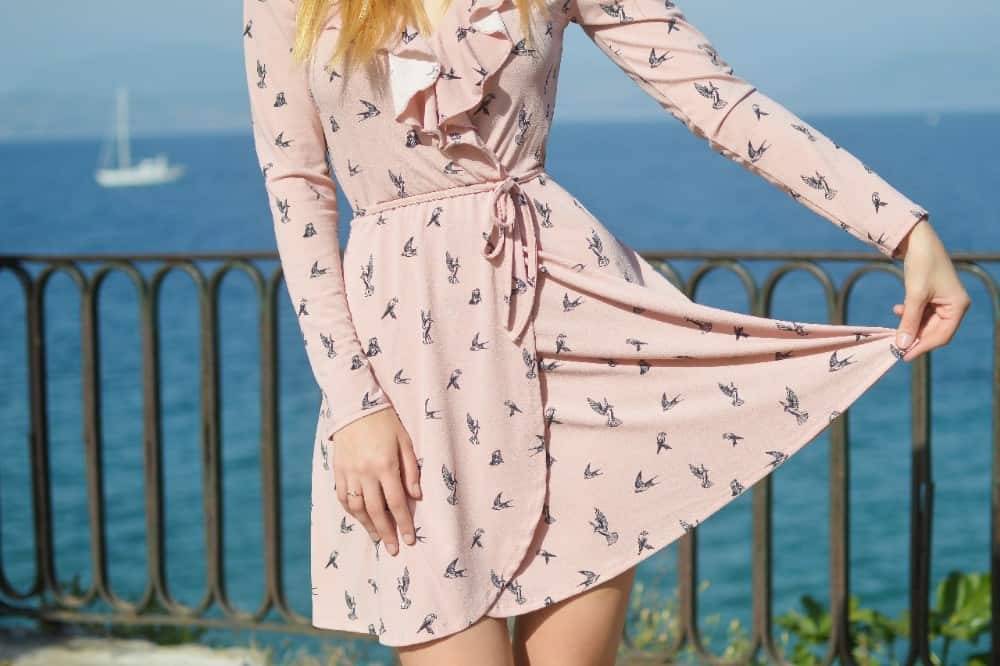 Dresses and skirts play a major part in women’s clothing fashion. They both come in countless designs, colors, and styles. Each of these goes back in history and has evolved and changed with the times and fashion changes. Deciding on which one you prefer can be a hassle, depending on what your needs are.

Dresses are items of clothing that cover the torso and continue to flow into a skirt that covers the legs, while a skirt is a free-hanging clothing item that sits on the hips and flows down the legs. Both articles of clothing are usually worn by women, although men have been known to wear them too.

The Evolution of Skirts 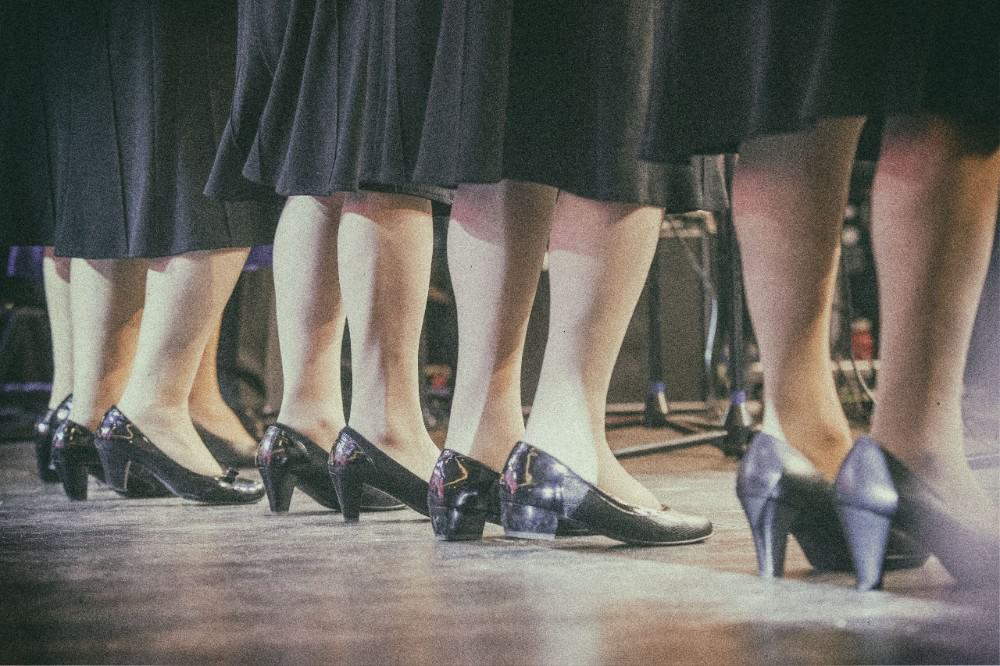 Have you ever wondered where skirts come from? Skirts are one of the oldest clothing items in history and have been around since ancient times. Because of how practical and simple skirts are, men and women alike used to don this garment that flows from the waist down.

Although skirts were convenient, they went out of style for men once pants were invented. Women continued to wear skirts for feminine reasons, but men found that pants came in handy when riding horses or doing any hard work as skirts got in the way.

Skirts have been changed throughout history and have evolved over the last century in Western culture.

In the early 1900s, skirts were long and full, hanging towards the bottom, but as the social status of women started to rise, so did the hemline of their skirts.

In the 1920s, the modern, feminine style was redefined due to the women’s rights movement. Women started dressing more loosely and wore shorter skirts that defied social customs and had male legislators frothing at the mouth. Low and behold, you could see women’s ankles for the first time.

Because the male legislators were agitated by this change, they tried to pass laws that would regulate female skirt length. However, women retaliated by lifting the length of their skirts even higher, and they soared to knee length, becoming more colorful and less restrictive.

Another influence on the 1920s skirt styles was the introduction of the flapper skirt, which was jazzy and slimming, with short swishy tassels.

In the 1930s, the Great Depression had a heavy influence on skirt styles. Fashion went back to being more conservative as skirt lengths dropped down to mid-calf. Skirts remained inexpensive, often made from recycled fabrics like repurposed floor sacks.

However, in the 1940s, skirts came back up to below the knees and were generally a sophisticated solid color with pleats. Due to World War 2, fabrics and patterns were limited to what was available, so skirts were a simple, straight, and fitted style.

The 1950s became the era of the poodle skirt. These skirts reflected the celebratory mood following the war. The skirts fell at knee length and were full and billowy, with bright colors and flower patterns.

The 1960s saw cute but casual skirts emerging. Women wore shift skirts, a shapeless above-the-knee skirt, which was a solid color but simple and elegant. Mini-skirts made an appearance in the late 1960s, causing proper and modest skirts to be a thing of the past. Mini-skirts were well above the knee, with bold and youthful patterns.

The 1970s was a free-spirited time, with skirts that often incorporated full or plaid patterns, and skirt lengths were two different extremes with mini-skirts and flowing maxi skirts. The maxi skirts had a bohemian vibe and often had more than one later, while mini-skirts were simple and solid-colored.

Due to the increase in globalization in the 1980s, the variety of skirts increased, making short denim skirts and light pleated skirts the preferred day wear. A stylish party skirt was the ruffle skirt due to the many layers giving it a fun and exciting look.

By the 1990s, the 80s were considered overdone, and this became the time for subdued colors and prints, with short and flouncy skirts often paired with long-sleeved shirts and combat boots.

The 2000s brought rise to the innovative asymmetric skirt. Instead of the straight hemline, these skirts comprised of long and short sections. Ladies saw the short denim skirt making a comeback from the 80s.

Skirt varieties have changed in many ways throughout history and continue to evolve to this day.

The Evolution of Dresses 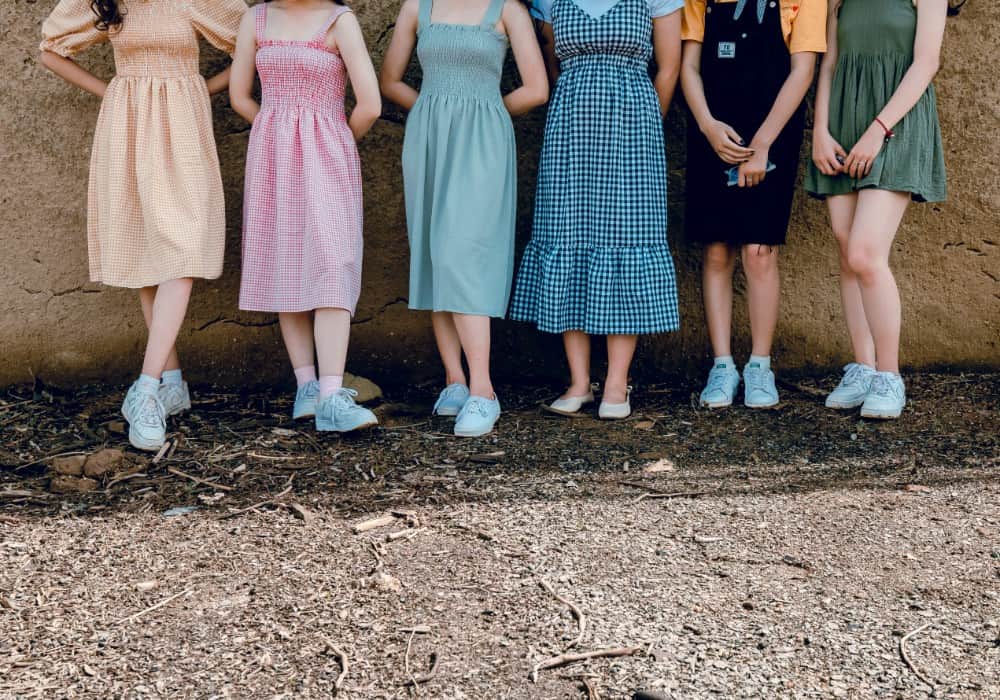 Much like skirts, dresses have changed in many ways throughout the eras.

From the 1700s to the roaring twenties

Although the 1700s started with petticoats and yards of material to create dresses with voluminous skirts, the roaring twenties saw dresses with silhouettes that were loose with hemlines that were shorter than before. These dresses often had sequins, fur, and bead embellishments.

In the 1930s, dresses changed once again to silhouettes that began to hug women’s bodies more, showing off the figure. Bias cuts were favored as well as fabrics like satin due to how light it was in weight.

During the 1940s, the war led to dress styles being more simple and practical. Some of the features on menswear, like pockets and structured collars, now made an appearance on women’s dresses.

In the 1950s, women’s dresses became both conservative and glamorous. More and more dresses had cinched waistlines, giving the hourglass shape that many women idealized as this dress style accentuated the bust and hips.

The 1960s saw short, shift dresses trending. These dresses were often brightly colored, with bold patterns, and worn with a pair of white boots.

The 1970s, also considered the disco era, brought with it many flashy sequined dresses. The dresses were often long and had cape-like sleeves.

The dresses evolved to be big and bold due to the introduction of shoulder pads, which could often be seen on the dresses that Princess Diana wore. These dresses were mid-calf and brightly colored.

Fashion during the 1990s was generally minimalist. The dresses that marked this decade were shapeless with thin spaghetti straps, often a single solid color.

Flashy dresses made a comeback in the 2000s. The dresses had empire waists and halter necklines and were often paired with fur coverings.

These days, dresses are all about cutouts with plunging necklines, side cutouts, and scooped backs. I wonder what the next trend will be.

Advantages and Disadvantages of Wearing Dresses 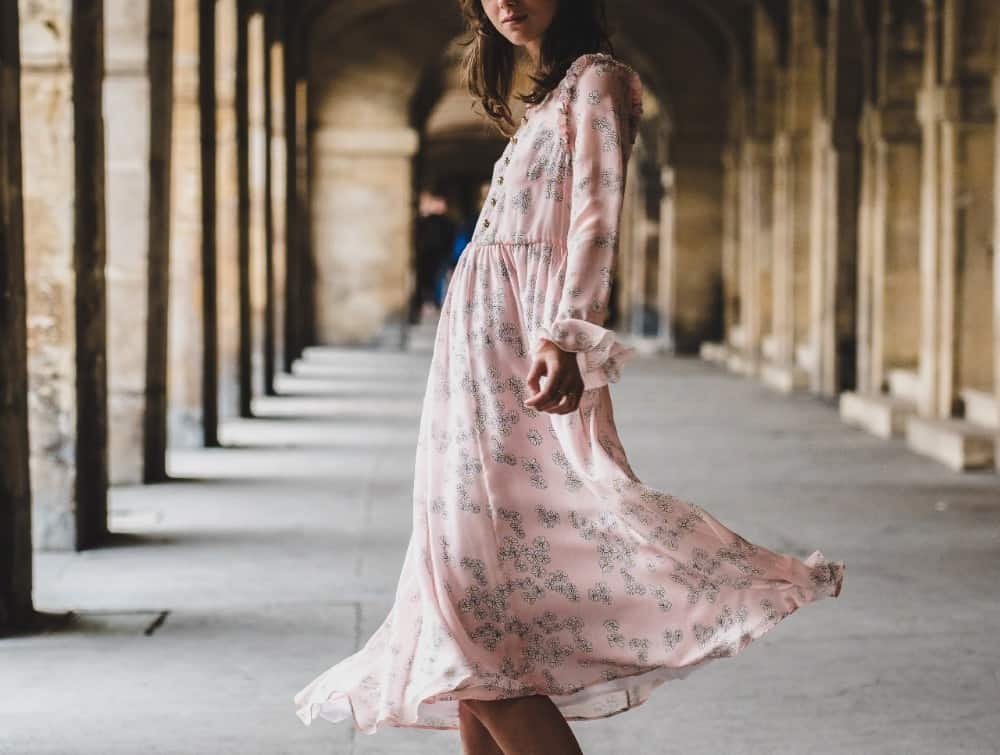 There are a lot of reasons why someone would choose to wear a dress over a skirt. However, like any other clothing garment, dresses have disadvantages too.

If you are going to a formal black tie event, there are evening gowns that you can wear. If you need to attend a garden party, a cocktail dress is available for the semi-formal event. Formal business dresses are also available, ensuring that you look chic, professional, and polished.

Advantages and Disadvantages of Wearing Skirts 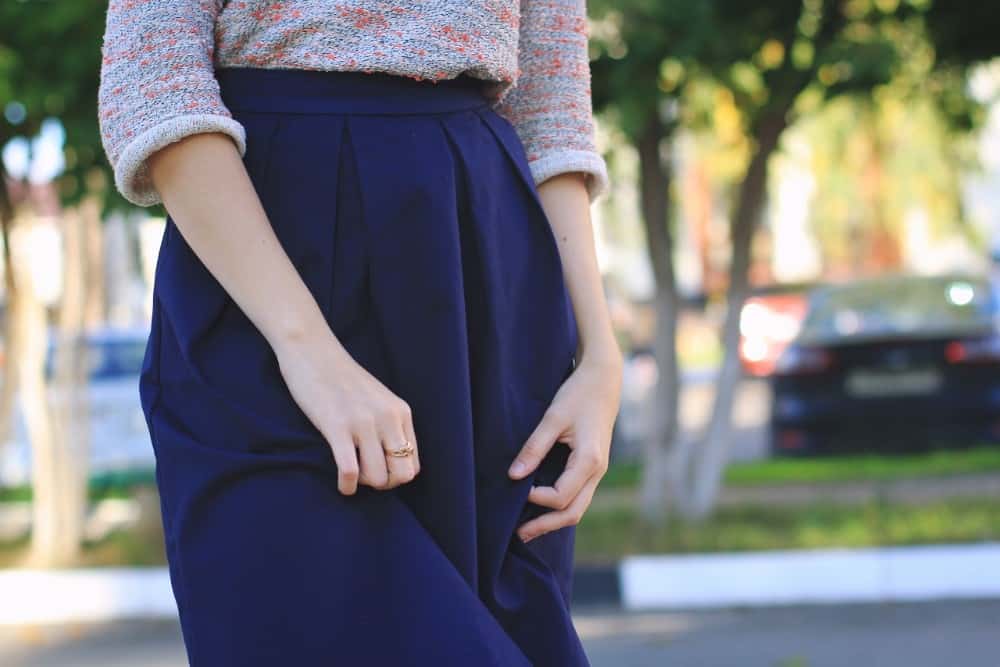 There are many reasons why some people prefer skirts over any other lower body garment. However, like any other clothing item, these garments also have some disadvantages.

Because our weight typically yoyos throughout the day depending on what you ate, drank, etc., you may find that the waistband of the skirt digs into your waist, making you highly uncomfortable and self-conscious.

Therefore owning skirts means that you have to factor in that they will fit every once in a while on a full moon when you’re dehydrated.

Although skirts are simple and practical, they still need to be paired with other articles of clothing in order to create a complete look, whereas dresses can be worn as is. Both items of clothing continue to evolve and change as times change. One thing for sure, they won’t be getting out of style soon.

WikiDiff: What is the difference between dress and skirt?

Harper’s BAZAAR: The Evolution of Dresses Through the Ages

Fashion Gone Rogue: THE EVOLUTION OF THE SKIRT THROUGHOUT HISTORY