Skip to Content
We list here the comprehensive details between the Fitbit Versa and Versa 2 showcasing the differences in its design, display, battery, technology, and features among other things. 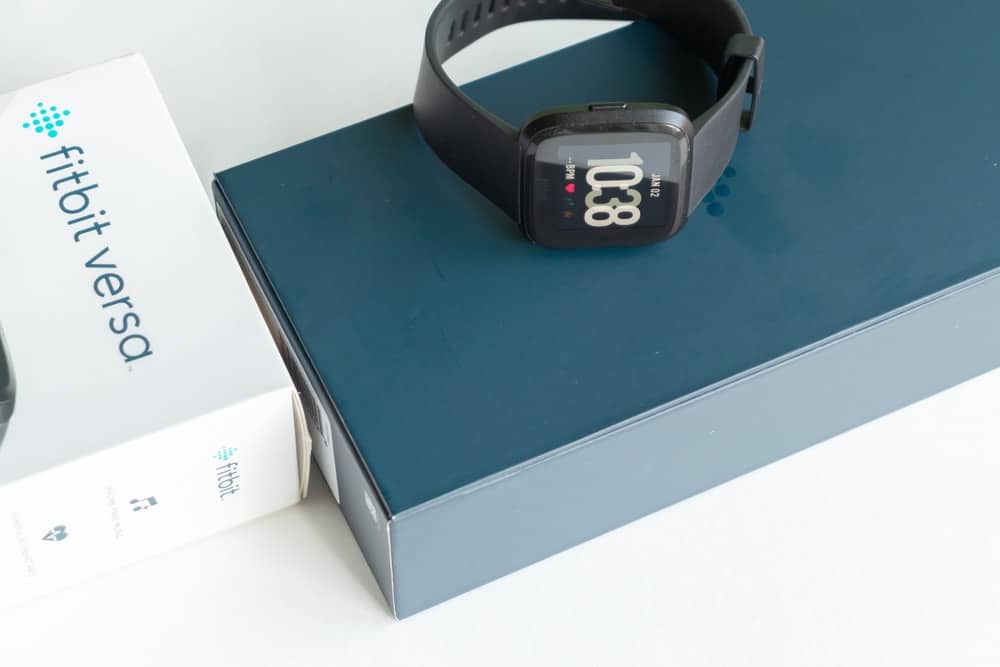 Every time a newer version of anything comes out, people can’t help but compare it to its predecessor. The market is just fickle that way. Such is the case between the older Fitbit Versa vs Versa 2 – its successor. The obvious questions would be:

These are just some concerns that every avid Fitbit user faces from time to time. Although, if its history is anything to go by, Fitbit doesn’t have a habit of rendering its older smartwatch models obsolete by releasing newer versions. They tend just to give you more options from which to choose.

After all, their very first smartwatch installment (The Fitbit Ionic) is still around and punching way above its weight class despite being released back in 2017.

While the Versa was introduced in 2018 and the newer version, the Versa 2 in 2019, there are some incredible similarities (and some differences) that call for a closer inspection of these two wonderful fitness trackers.

Let’s take a deep dive into the two smartwatches to find out which one is better for you.

Before we go any further, let’s first take a quick look at each fitness tracker individually to see how they stack up against each other:

The Versa 1 was Fitbit’s first-generation smartwatch with a host of awesome features and a wide variety of health and fitness apps that make it a serious contender in this market.

While it does come with a plethora of noteworthy features, it’s probably the price that really separates it from its successor, the Fitbit Versa 2.

As you can see, there is plenty of good with this smartwatch, but there are some things that are considered “main-stay” features such as voice assistance from Alexa that is missing in this installment. 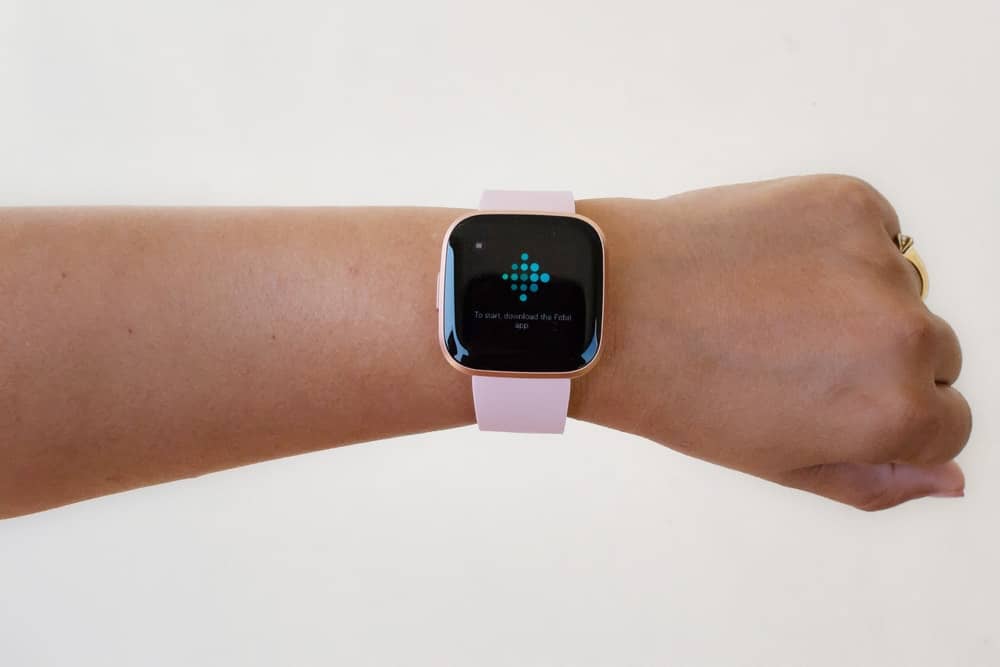 Fitbit Versa 2 is the second-generation smartwatch from Fitbit. The Versa 2 was designed to compete in a highly sensitive wearables market with a faster processor and a host of health and fitness tracking features.

In addition to that, it has better battery life (5-day battery life) than its predecessor, a better AMOLED screen that offers you sharper images and more vibrant colors as well as a microphone through which you can communicate with your very own on-board assistant – Alexa.

It seems as though the Fitbit Versa 2 would be a better buy if you don’t mind the slight price difference. But let’s take a closer look at both fitness trackers to have a clearer picture of which one is right for you.

Should You Upgrade to Fitbit Versa 2? 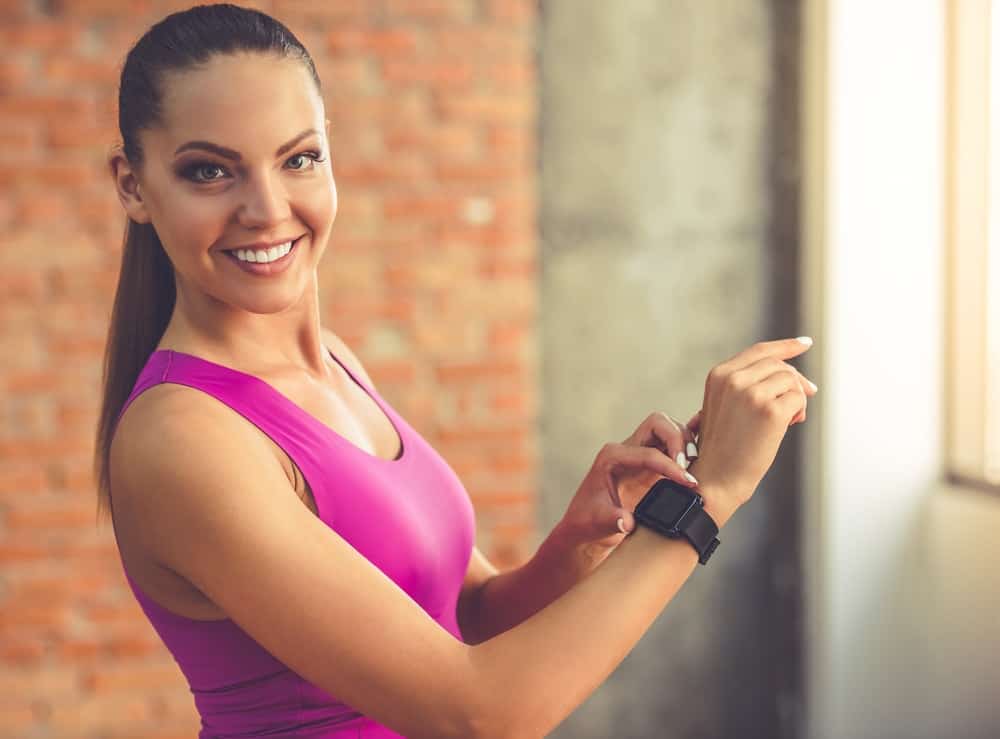 The fact that buying a Versa 2 if you already own a Versa 1 is an upgrade isn’t in contention. The second-generation fitness tracker was designed to be better than its predecessor. However, it is all about preferences and what you are willing to pay for in the end. After all, just because something is designed to be better than its predecessor doesn’t mean that it is better all-around.

The Fitbit Versa 2, however, seems to have covered most of the important bases. For starters, it has a longer battery life, which is something that any smart wearables enthusiast will tell you is a pain for most consumers. It also has a faster processor and a much sleeker look.

Here is a side by side comparison of the two watches to give a clearer idea of just how different they are in reality:

As you can see, these two watches are comparable in almost every aspect. But somehow, the Versa 2 comes out on top thanks to the number of upgrades and additions that it features. Let’s look at the most important features to further determine just how comparable or different these smartwatches are today.

The Fitbit Versa 2 is much lighter and sleeker than the Versa 1, which is something that could interest most leisure workout enthusiast and elite athletes as well. Not very many people are fond of carrying a heavy device on their wrists while they go for a run.

Another key aspect to look at is the battery life offered by both smartwatches. The Versa 2 has an impressive 5+ days on a single charge while the Versa can do 4+ days on a single charge. Of course, it all comes down to how you use your watch, but an extra 24 hours of charge is perfect, especially for people who like to go on week-long hikes and camping trips with their fitness trackers.

The screen is also another big issue. The Versa 1 has an LCD screen, which, is functional enough, but it isn’t the new AMOLED screen on the Versa 2. The Versa 2’s AMOLED screen is not only sharper with the capability of displaying exceptionally vibrant colors, but it also can remain “always-on,” which gives it a cleaner, more practical look and appeal.

The problem with that is that using the always-on screen option does a number on your battery life, bringing it down to anxiety-inducing two days instead of the original 5+ days as advertised. It’s the price we all pay for vanity.

As far as looks go, the Versa 2 has a slightly larger screen with a “squircle” shape. Couple that with the fact that it has an AMOLED screen, and the main body has been slightly tweaked to make it look just that much more rounded, and you have a fantastic looking smartwatch.

The Versa 2 also has only one button on the side now as opposed to the chunky three buttons on the Versa 1. That gives the watch a much more “touch screen” like look that is futuristic and just simply cleaner.

The two watches, however, both feature customizable faces, which is an excellent feature that brings these two titans closer together. But when it comes down to it: the look, the battery life, and the AMOLED screen make the Versa 2 a much more appealing watch on the aesthetics front. 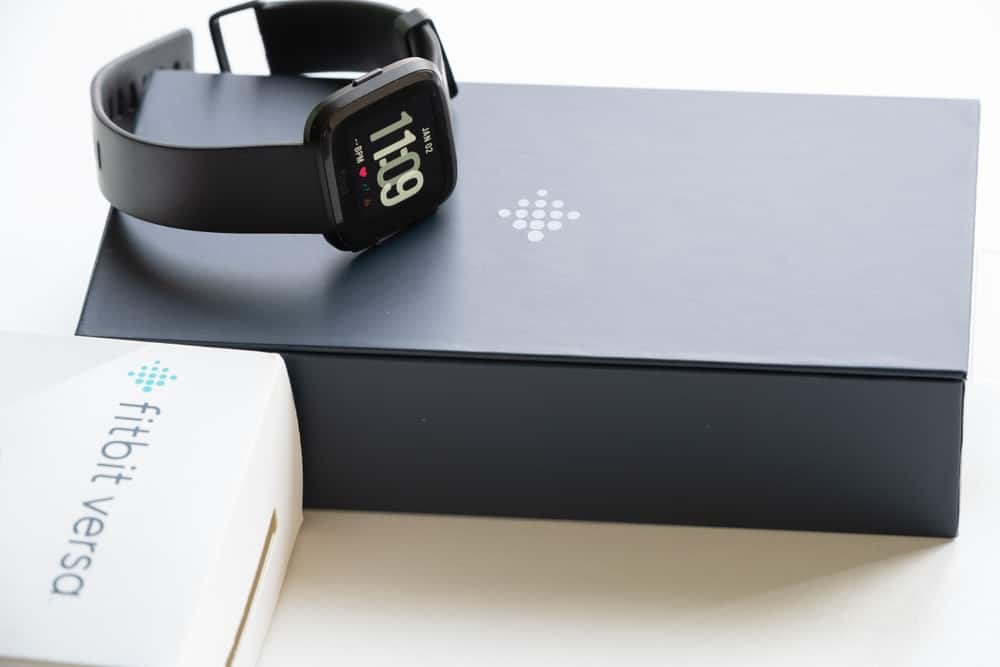 The first difference you will notice about the Versa 1 and Versa 2 on this front is the fact that the Versa 2 has Amazon Alexa built-in. That alone comes with a host of additions such as a microphone which the Versa 1 doesn’t have in its arsenal.

Setting Alexa up is also quite easy, and so is using her for your day to day tasks and notetaking. If voice command is the future of tech then to some extent, the Versa 2 is future-proof while the Versa 1 isn’t.

In fact, when it comes to onboard smart technology, both watches stack up very well against each other. The only real difference is that with the Versa 2, you get Alexa. If that doesn’t matter to you, then there is nothing to set these two apart.

On this front, the two smartwatches are also almost evenly matched in that they both offer a plethora of health and fitness features to warm the hearts of any avid health and fitness buff. Both of them have a 24/7 heart rate monitoring as well as over 15 different exercise modes.

You can also easily and effectively track your activity and workouts on both watches with the two feeding your important statistics on things such as calories burned, miles covered, and the number of stairs climbed. They are also both swim proof (water-resistant up to 50 meters). It is, however, rumored that the Versa 2 has slightly better sleep monitoring.

The one thing that both these watches lack on this front is the built-in GPS. In fact, Fitbit, for some reason, keeps overlooking this simple issue.

The Fitbit Ionic has a built-in GPS tracking system, but the successors do not. While you can still track your pace, routes, distance traveled, and all that through both the Versa 1 and Versa 2, to do that you must connect it to your phone’s GPS, which means bringing your phone with you on runs. That kind of complicates things in two ways:

That being said, the two watches match up very well against each other when it comes to health and fitness features.

Health and Fitness Features: Even

Why Should You Buy a Fitbit? 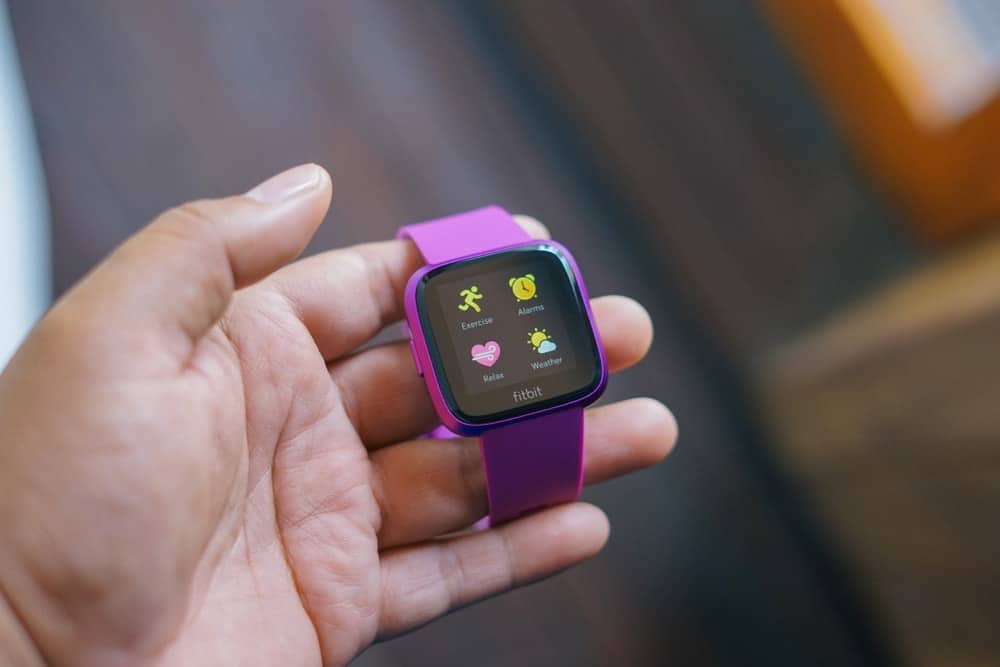 As you can see, the battle between Fitbit Versa 1 and Fitbit Versa 2 is simply too close to call. Yes, when you think about issues such as future-proofing your life with smart technology, then maybe the Versa 2 edges the Versa 1 out simply because it is younger, a bit sleeker, and it comes with Alexa as an assistant.

Other than that, these smartwatches are very close together, and considering the highly negligible difference in price, going for either one would be a good deal by any standard.

The question now comes down to what kind of fitness enthusiast are you? Why should you buy a Fitbit?

Here are some questions that you should ask (and answer) yourself before you take your credit card out and buy either one of these wonderful smartwatches:

How Regularly Do You Exercise?

The true hidden meaning of the question is: how much do you think you need the Fitbit Versa 1 or Versa 2? The truth is, most people make up all kinds of excuses as to why they don’t exercise regularly.

One of the most common excuses is that they don’t have the right gear (read: Fitbit). No matter which Fitbit you buy, the smartwatch itself is just a fitness tracker as opposed to the motivational miracle worker some people think it is – if you don’t intrinsically have the motivation to work out, buying either one of these watches won’t change that in the long-run.

Will You Use It?

Are you comfortable with wearing a watch on your day to day life? For the Fitbit to be of any benefit to you, you need to wear it every time you work out or every day. It’s a data-gathering machine whose main purpose is to feed this data back to you and show you where you need improvements. If you don’t wear it, you won’t get the most out of it.

Will You Take the Time to Learn How to Interpret and Use the Data?

Fitbit tries to make it as easy as possible for its users to understand, interpret, and use the data being fed back to them by their smartwatches. However, the user has to have some interest in understanding and using this data; otherwise, all this is a waste of time.

Which Fitbit is better between Fitbit Versa vs Versa 2? The Versa 2 edges the Versa 1 out but only slightly. Either one of these smartwatches/fitness trackers is wonderful workout devices that will help you improve your health if used correctly.