Skip to Content
Take a look at how fashion changes over time and how a type of clothing that was once exclusively worn for a type of activity can now be worn anywhere. 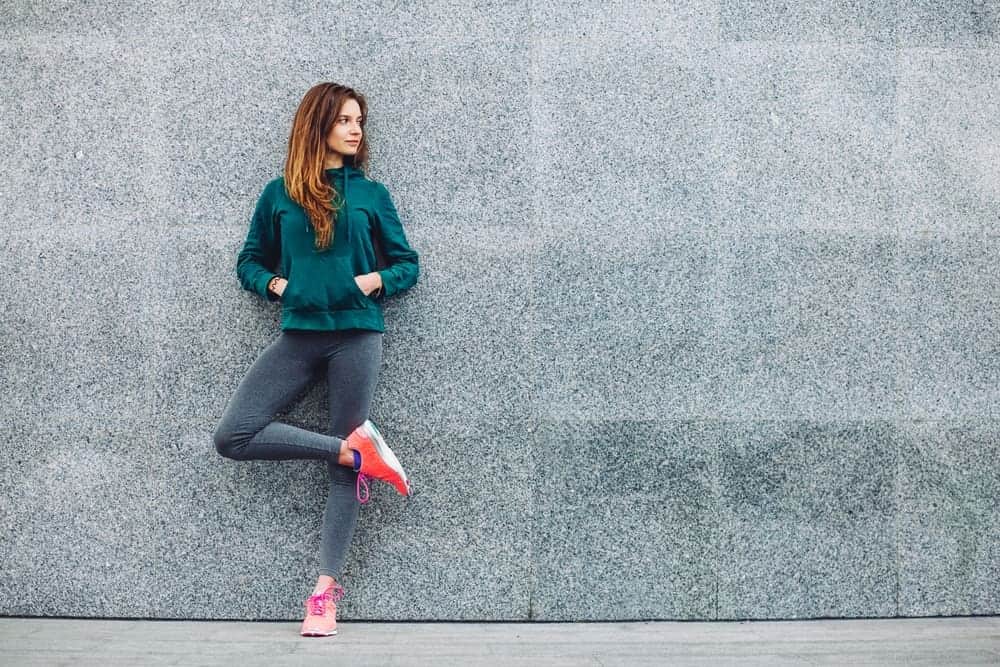 These days, you’re likely to see more women wearing yoga pants outside of the gym than inside. Yoga pants have become as ubiquitous as blue jeans. You’ve probably got more than one pair of them in a drawer right now. Yoga pants have left the gym and now they’re n line at Starbucks, shopping at the grocery store, going out with friends, and strutting around everywhere that people are.

But is it really okay to wear yoga pants everywhere? Are you trendy and in style…or are you being a little lazy? What are you really saying with your style when you throw your yoga pants on when you have no intention of heading to the gym?

If you go by American style, then yes it’s okay to wear yoga pants everywhere. After all, pretty much everyone is doing it. You can see yoga pants absolutely everywhere, even in schools and conservative church services. But on the streets of Paris, long considered the fashion capital of the world, you won’t see any yoga pants.

In France, walking around in public in workout clothes isn’t considered appropriate and it certainly isn’t stylish. Yoga pants aren’t really worn out in public anywhere in Europe, in fact. It’s considered to be somewhat obscene to wear athletic clothes out in public while doing ordinary tasks in Europe. If you have on yoga pants in Paris outside the gym, for example, then you’re considered to be not really dressed.

However, fashion trends always differ by country and America has always had a way of setting its own style trends. Many women wear yoga pants all day and you’ll see plenty of celebrities and style mavens wearing them, too.

They’re comfortable, they’re easy to wear and they’re great for running errands, walking the dog, or grabbing a casual lunch with a friend. Even high-end designers are making their own yoga pants and athletic wear. And when it’s couture, it’s hard to make an argument that yoga pants aren’t really a good fashion choice. 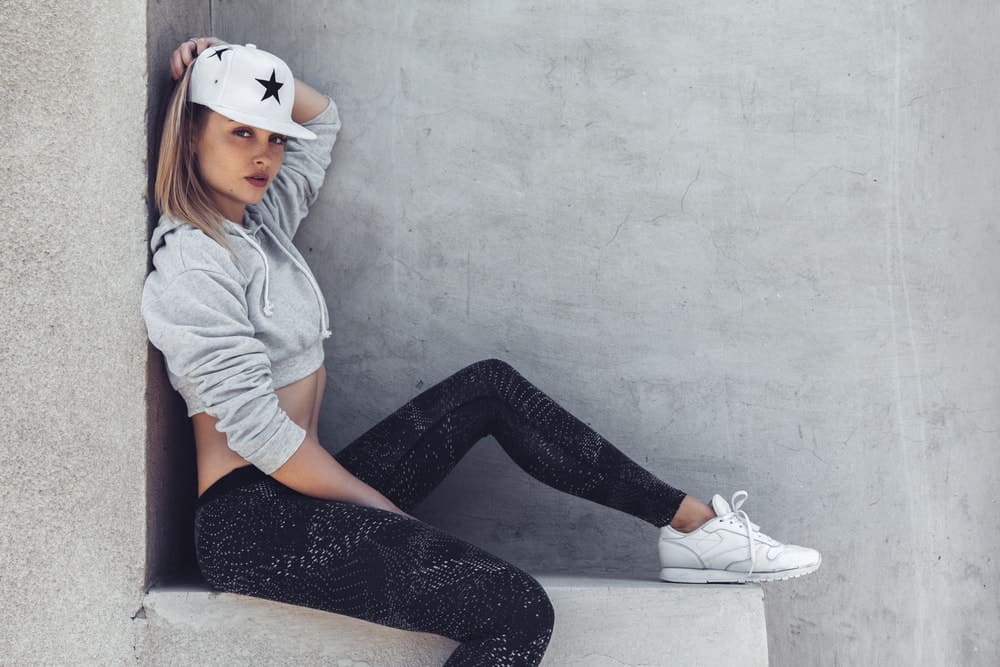 Athletic clothing styles are everywhere in fashion right now. It’s chic to be dressed in athleticwear and it’s super easy to find these items. Athleticwear is available in a huge variety of colors and styles. It’s made to be comfortable and it’s made to be form-flattering. Yoga pants are a great go-to because they’re going to make you look great. They’re designed to keep you covered with no gapping or riding, problems you can experience with other types of pants, but they also fit your body well and show off your shape.

It’s easy to wear yoga pants with anything. They look great with T-shirts, blouses, jackets, whatever you want to put on. When these pants look so good and can do so much, why not wear them everywhere you go?

Being Out of Style

Some will strictly argue against wearing yoga pants when you’re out and about. Yoga pants are clearly very casual. You’re definitely comfortable when you’re wearing them. There are many situations in which you don’t actually want to look too casual. There are some cases where you can even be somewhat insulting to others by putting your comfort first. Think about it: would you want someone to wear yoga pants for your wedding?

So, there are definitely some situations when yoga pants are a no-no. Before you deice that you’re going to wear yoga pants everywhere, make sure “everywhere” doesn’t include these situations.

If you’re in any kind of professional situation whatsoever, you’re going to look underdressed and unprofessional if you’re wearing yoga pants.

How to Wear Yoga Pants 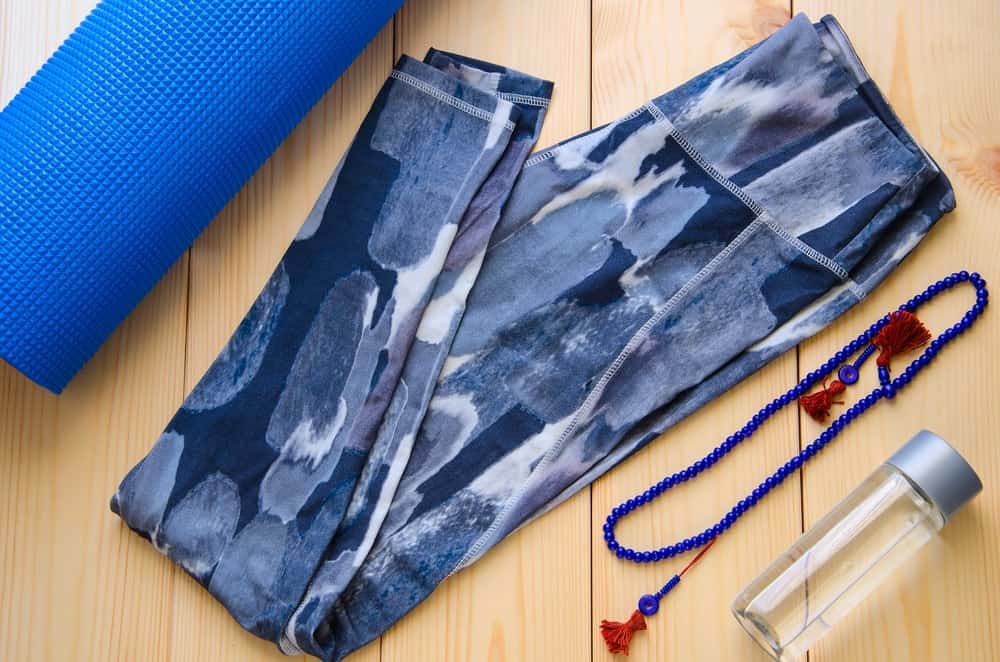 Get yoga pants made with lightweight but thick material. You don’t want your pants to be sheer or see-through in any way. Also, pay attention to your underwear. No one should see your underwear color or underwear lines when you have on your yoga pants.

Accessorize your yoga pants properly. You should pair your pants with tennis shoes, ballerina flats or simple sandals in most cases. Always dress your whole body in the same style. Yoga pants can be athletic or they can be casual, but they can’t be dress or professional. Dress for the pants, rather than trying to make the pants work for how you’re dressed. 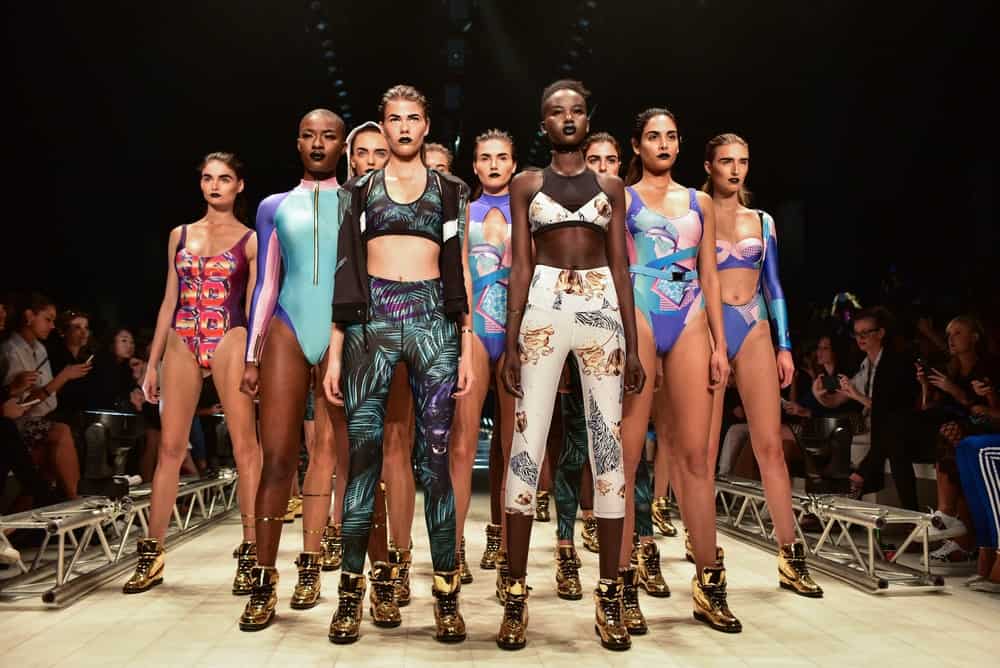 Everyone’s wearing yoga pants these days so yes, you can wear yours (almost) everywhere if you want. Accessorize them well, make sure they fit your body well and you can definitely make this style look good. And for any naysayers out there, just remind them that athleticwear has taken over mainstream fashion before.

You know what a polo shirt is. Well, in the early 1900s the polo shirt was known as a “tennis shirt” because it was worn only on the tennis court by tennis players. Today, you can pretty much wear a polo shirt any time, anywhere you want. Yoga pants are definitely poised to make the same kind of mainstream jump. So if you start wearing yours everywhere now, maybe you’re just ahead of the fashion curve.