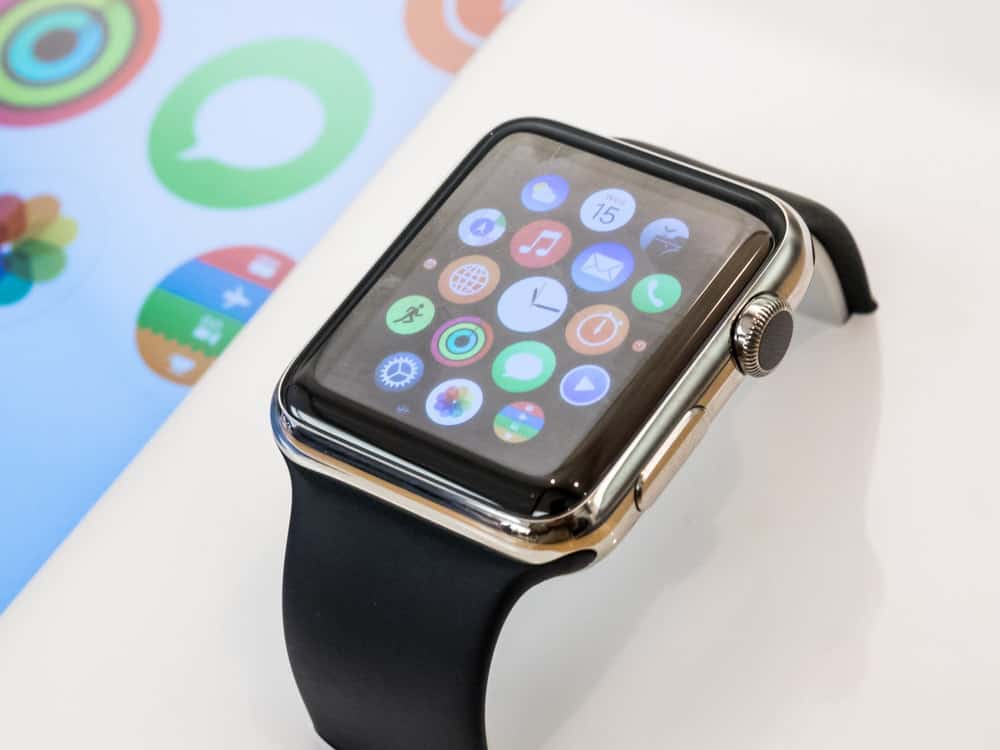 There is no doubt that technology is here to stay. All you have to do is look at the trend: wearable tech is expected to reach a market value of $51.60 billion by the year 2022. With Apple alone reporting about $5.1 billion from its wearables side of the business, you can reasonably conclude that the $51 billion projection is well within reach.

Should You Buy the Apple Watch for Your Kids?

Unless you are Jeff Bezos of Amazon and people belonging to his inner circle (read: other billionaires and such), $350 for a gadget that your kid will probably ruin within a week is not even something to think about! It’s a straight no!

That, however, doesn’t mean that you are the only one who can buy the Apple watch for your kids. There are people like their adorable “Nana,” who made shrewd investments on Google back when everyone else thought it was a fad. This adorable grandma has money to spare and is probably not going to be shy about buying her favorite grandchild that new shiny toy they want so much.

As much as you probably aren’t in a position to control what your mother (your kids’ grandma) does – no one can – you can control your kids. And just because they don’t get the Apple Watch from you doesn’t mean that they won’t get it for Christmas from all those other generous relatives keen on buying their love.

For that reason, there are a few things you need to know about the Apple Watch should it end up on your kid’s wrist.

Because there are two sides to every story, let’s start with the reasons why you might not want your child to have the Apple Watch.

Apple Watch for Kids: Not a Very Good Idea 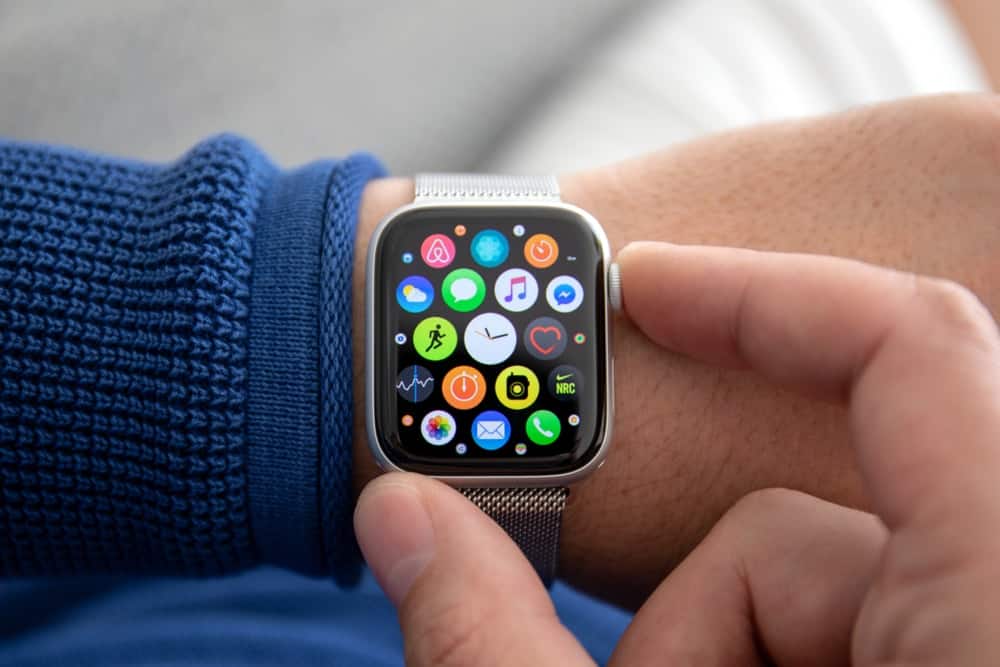 Couple all that with the pressure that comes with keeping such an expensive device from damage, and you have a gadget that will probably cause your kid a great deal of anxiety as opposed to bringing efficiency and “swag” into their lives.

Apple Watch for Kids: What Parents Need to Know

As already mentioned, though, there are two sides to every story. As such, you would expect that there are some very good arguments to be made for why the Apple Watch might be a good device to get your kids.

Here are seven things every parent needs to know about the Apple Watch and why you might want to be okay with the fact that grandma bought it for her “Little Shawny”:

1. It’s Where the Future is Headed

Smart, wearable tech is here to stay. Let’s agree on that fact! Since it’s here to stay, wouldn’t you want your kid to begin familiarizing themselves with how it all works from as early an age as possible?

Who is to say that virtual learning isn’t where schools are headed? What, with a pandemic ravaging the planet and all manner of dangers lurking on campus hallways, it’s not inconceivable that a good number of institutions will begin to limit the number of in-person class attendance hours. Should that happen, technology will play a very big role in education.

But forget about doomsday theories for a second, and let’s come back to the present. Today, the Apple Watch might very well have a role to play in your kid’s classes:

The uses are endless, and maybe your kid might benefit from having an Apple Watch.

2. It Could Inspire Tech-Interest in Your Kids

Tech is a lucrative field that has generated some of the best-known billionaires around the globe. These people got to where they are partly because they developed an interest and interacted with technological gadgets such as laptops from a very early age.

Who is to say that daily interaction with the Apple Watch, one of the best wearable tech gadgets on the planet today, will not act as inspiration for your kid wanting to go into this field.

Some kids are just naturally gifted, and having a gadget like the Apple Watch, with its plethora of available apps, could very well encourage them to think of new app ideas, new uses for wearable technology, and maybe even get them interested in taking upcoding or programming as a profession. There is certainly enough money in it!

3. It’s a Less “Invasive” Way of Tracking Your Kids

Kids, teenagers to be precise, aren’t too keen on their parents tracking their movements. That is quite unfortunate because they happen to be at an age where doing stupid things and going to dangerous places is part of their daily to-do list.

If you are tracking your kids without their knowledge, you should probably know that at some point they will find out. When they do, they will do everything in their power to mislead and give you “the slip.” They do this by “accidentally leaving the item with the tracker at a friend’s house” or losing it altogether.

That will certainly not be the case with that nice, shiny, and expensive Apple Watch that Nana gave them. And since they will want to continuously show off, they will most likely wear it everywhere they go. It’s just an added advantage that it can also act as a GPS tracker!

4. It Could Help Teach Your Kids Financial Responsibility…or Not

The Apple Watch is compatible with Apple Pay, and if it’s linked to your iTunes account and, therefore, your credit card, then all your kid has to do is present their watch at the cashiers to buy things.

Now they no longer have to ask you for your credit card – an exercise that more often than not leads to your instilling the financial discipline in them by saying no more often than yes.

The Apple Watch will help them learn when to say no to purchases on their own accord…or not!

5. It Will Help Keep Them Fit

About 18.5% of American kids are obese. That means they are eating poorly and not getting enough physical exercise. With all the fitness apps and biometric trackers on the Apple Watch, your kid has no excuse for not working out. The watch will remind them every hour. It could very well be the turning point that they need. 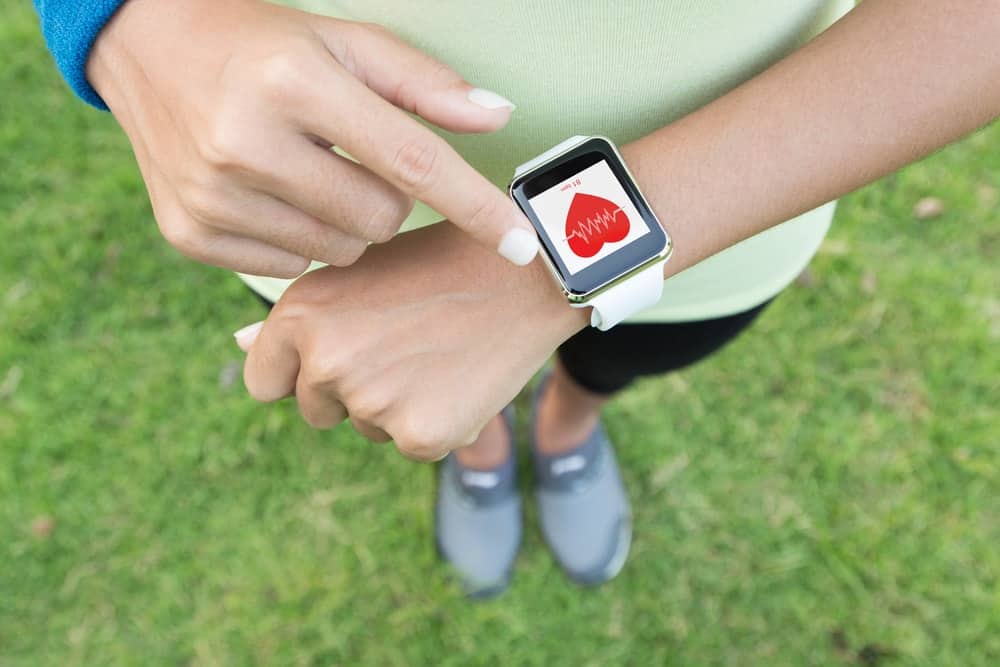 6. They Will Become More Connected

As sad as it might sound, there is a good chance that the days of the trustworthy library are numbered. Today, kids are more likely to look up something online than they are to walk into a library and read ten books about the civil war to find a single bit of information that they need. It’s a sad state of affairs, but it is what it is, and parents should come to terms with that fact.

With the whole internet literally on their wrists, kids will become more connected, and hopefully, that might improve their research skills. You need to keep an eye on what they are viewing online.

7. It will Teach Them Responsibility

The Apple Watch is:

These are all factors that might help your kid learn some personal responsibility. They’ll know that their treasured watch isn’t indestructible, and the chances of Nana buying them another one once they drown this one is all but nil.

They will also learn to manage their space, battery life, and the number of useful apps they need. Personal growth all around.

While the Apple Watch for kids might not be a good idea for many parents (too expensive), there are arguments to be made for why you should consider it. Maybe in a year or two, once the prices come down a little bit?