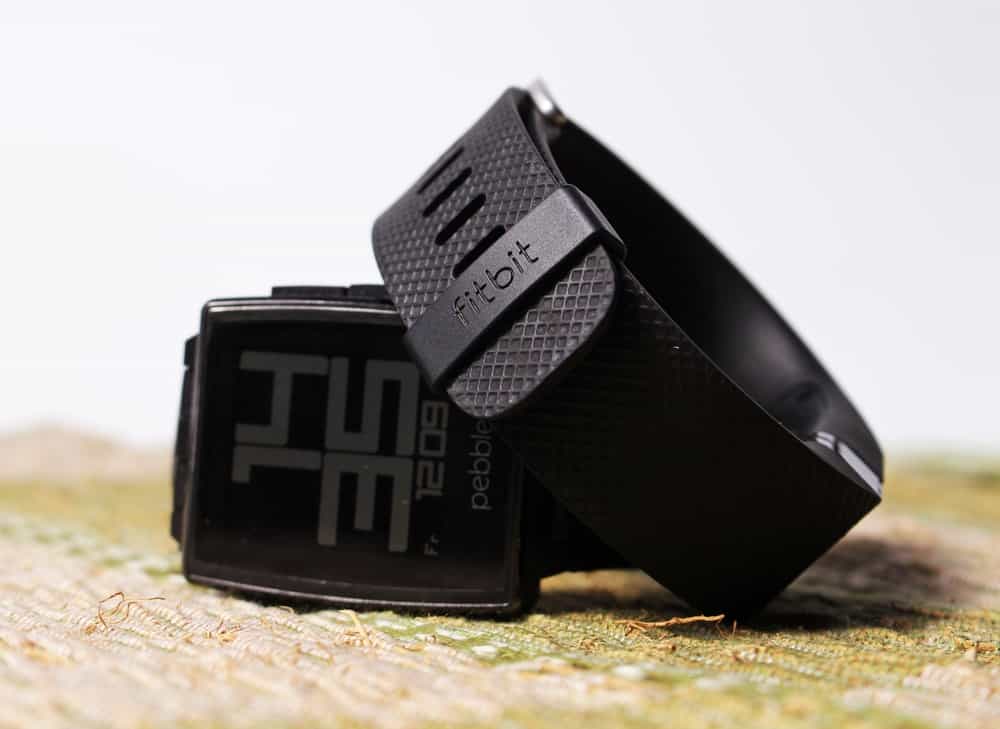 So, is the Fitbit Versa 2 waterproof? Here is everything you need to know about the water-resistance capabilities of your favorite Fitbit device.

Is the Fitbit Versa 2 Waterproof?

The Fitbit Versa 2 has been rated water resistant up to 50 meters. What that means is that you can actually go swimming with it and maybe even do some light frolicking at the beach and in the water without damaging the watch. That, however, doesn’t mean that you can go diving with the watch. So technically it is water-resistant to 50 meters but not waterproof.

To understand what all this means, you need to first understand the meaning of the terms:

Most waterproof devices have what is known as an IP (Ingress Protection) code. This is an International Standard rating that allows you to know to what degree the device is waterproof.

Whenever a device is rated IPX5 or IPX6, that device is considered fairly water-resistant, which means that you can swim with it, sweat on it, and generally play with it in water to a reasonable degree without ruining it. That, however, doesn’t mean that it is perfectly safe for full emersion for a prolonged period of time.

Unfortunately, the Fitbit Versa 2 hasn’t been officially assigned an IP rating, which makes it difficult to tell just how impervious to water the device is in reality. However, the manufacturer has clearly stated that you can swim and even shower with your Fitbit Versa 2 without damaging it. This means that it has a reasonable amount of water resistance.

Rated water resistant up to 50 meters means that you can swim with this watch to a depth of 50 meters, which is much deeper than most people would want to go without special diving gear. That makes this watch fairly water-resistant. That, however, isn’t the same thing as being waterproof.

Your Fitbit Versa 2, therefore, can do a lot more even in wet environments:

The only wet environment that the manufacturer cautions against entering with your Fitbit is a sauna or a hot tub.

Just because your Fitbit Versa 2 has been given a water resistance of 50 meters doesn’t mean that you should go out of your way to test it. This is mostly because a device’s water resistance capability is determined by how well the manufacturer sealed the watch case.

What that means is that your Fitbit’s water resistance capabilities will require some maintenance as time goes by.

For the most part, it’s best to understand that just because your Fitbit has been given a water resistance rating of 50 meters doesn’t mean that it can go to that depth. It mostly means that it can withstand the kind of water pressure that can be found at those depths.

A watch that has a 50-meter water resistance rating means that it can safely resist moisture getting in and through the watch casing during shallow swims, sweaty workouts, and showers.

With that in mind, here are some guidelines on how to care for your Fitbit Versa 2:

Don’t Shower with It

Unless this is the kind of showering you do after taking a swim in the ocean or the swimming pool (without soap or shampoo), then it is advisable not to shower with your Fitbit Versa 2.

Even though the watch is perfectly capable of handling the water from your shower, it is the soap and other types of showering agents such as shampoo that is the problem. That is because these agents tend to be highly corrosive and can promote the wear and tear that happens to both the watch case as well as the internal components.

As a precaution, therefore, it is advisable not to shower with soap, shampoo, or any other cleaning agent while wearing your watch.

Get the Right Type of Wrist Band for Your Fitbit

It is common practice to buy different wrist bands for your Fitbit, depending on your style. As mentioned earlier, the type of wrist band you buy will add to the level of water resistance that your watch has, thanks to the fact that it will be encased in that band.

There are also other vanity bands that are made out of materials such as leather. While these look good, having leather wrist bands will work against you.

This is mostly because when leather gets wet, it deteriorates prematurely as well as discolor or stain. If you must wear leather straps, then ensure that your Fitbit Versa 2 doesn’t get wet. 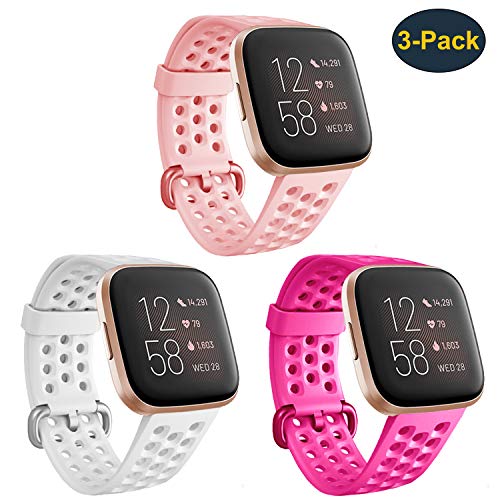 If it does get wet, immediately work towards drying the leather straps by wiping them down using a soft absorbent cloth. To avoid all this, get the right kind of wrist band for your Fitbit Versa 2.

Do Not Test Your Fitbit Too Much

Yes, you can run, swim, do the dishes and go for those crazy sweaty CrossFit sessions with your Fitbit Versa 2; it’s designed to withstand that kind of wetness. It is, however, not designed to take that much water-based abuse. Spraying it with high pressured water might not be the best of ideas, and neither is diving with your Fitbit.

Despite being rated as water-resistant up to 50 meters, diving while wearing your Fitbit can be problematic for one reason: hitting the water creates a high-pressure environment.

When you hit the water, that high pressure created can cause some damage to your watch case, especially if it was already suffering from some degree of wear and tear due to all those shampoo showers you have been taking with it.

How Can You Fix a Water Damaged Fitbit? 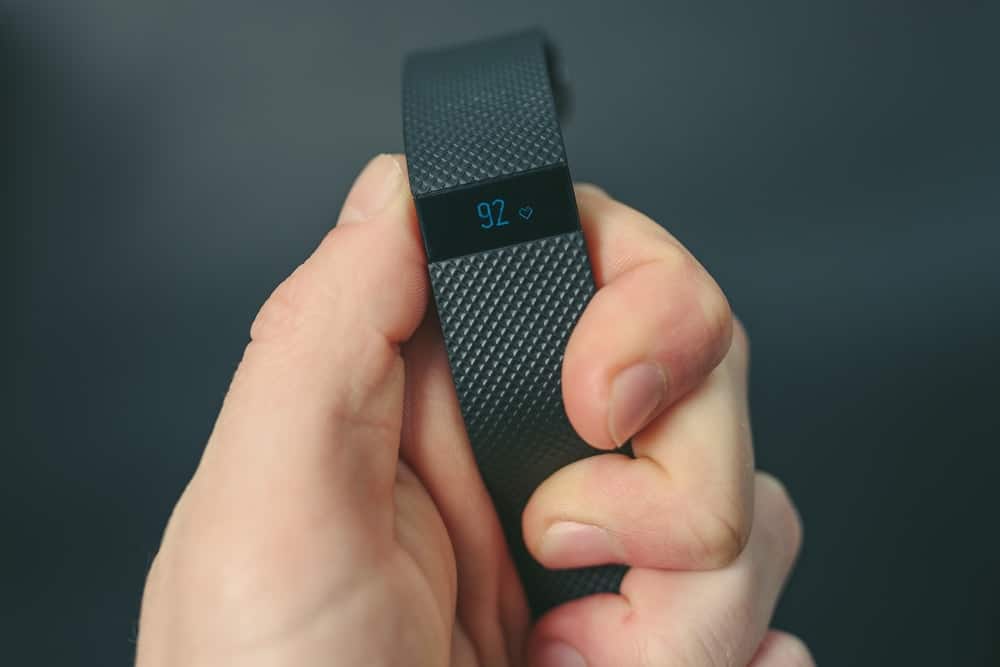 Unfortunately, accidents do happen, and your Fitbit might get water damaged for whatever reason. Maybe you submerged it for too long, or the watch case became less water-resistant thanks to wear and tear. Either way, should your Fitbit get water damaged, it won’t work. In this case, there are a few steps you can take to try and rectify the situation:

In the worst-case scenario, your Fitbit could get permanent water damage, and you might have to buy a new one.

How Do I Know if My Fitbit Has Permanent Water Damage?

You can tell that your Fitbit Versa 2 is damaged when it doesn’t come on. Press and hold the button for a few seconds. If everything is functioning properly, it should come on, and you will see the Fitbit logo, and your tracker will vibrate. That’s how you know the tracker has successfully restarted.

However, if the watch doesn’t turn on and you see some condensation inside the screen, it means that it might have permanent water damage, and you might need to get a new one.

Is your Fitbit versa 2 waterproof? No, it’s not. But it is water-resistant, and with the right kind of use and care, it should remain functional even when you go swimming, running, and sweating all over it.