That's right, I much prefer one of the Samsung Gear S3 smartwatches over the other. Is it the Classic or Frontier. Find out here and why (I have both). 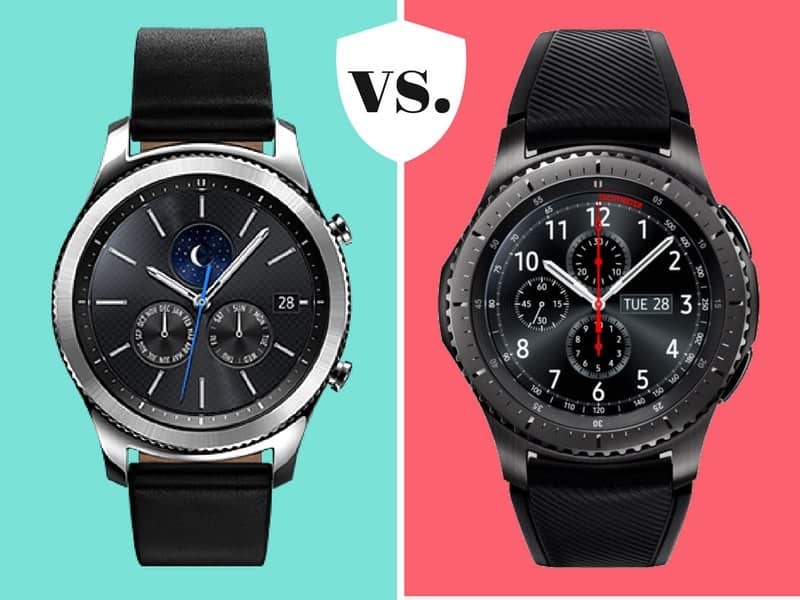 On the face of it you might be having a hard time choosing between the Classic and Frontier.

If that’s the case, I think you’ll have a hard time choosing because as far as I’m concerned, one has a much better design for it’s main purpose.

Which one is better?

I much prefer the Classic.

Because the Classic looks the part. The Classic is designed for everyday wear. It’s beautiful in it’s simplistic design. I love the silver case and black band. I can wear this watch for any occasion. It’s definitely one of my go-to smartwatches.

The Frontier, on the other hand, has that rugged, outdoor design. As far as I’m concerned, Samsung designed Frontier to be an outdoor enthusiast smartwatch but dropped the ball in one major respect by failing to make it fully waterproof. Seriously… an outdoor purposed watch, smart or not, must be fully waterproof so you can swim, surf and not worried about it getting soaked. Unfortunately this is not the case with the Frontier (nor the Classic, which is okay because the Classic is not purposed for outdoor adventure). The Frontier’s waterproofing is up to 1.5 meters for up to 30 minutes. That ain’t gonna cut it.

Moreover, the Frontier is not a fitness watch. It’s heavy. It’s big. I prefer smaller, square band-style smartwatches such as the Gear Fit 2, Garmin vivoactive HR or even the Fitbit Surge for the gym.

Where does that leave the Frontier?

It leaves the Frontier in no man’s land. Yes, you might prefer the rugged design for everyday wear, but I just don’t think it’s properly designed for more formal occasions. It’ll look weird if wearing a suit or blazer. It just does.

The Classic, on the other hand looks great with jeans, slacks, blazer, suit or even tuxedo.

I extensively reviewed each of these watches. Check them out:

Otherwise both are identical

If you’re wondering whether there are any software or smart feature differences, don’t worry. Both are identical in that respect. Both have the same user interface, have a Tizen operating system, operate with the Samsung Gear app, have a rotating bezel, 2 buttons and work with the same fleet of Gear apps. Yes, both have a heart rate sensor and built-in GPS too.

The only decision to be made if choosing between these 2 smartwatches is which design you prefer. If you’re looking for an outdoor, rugged look, the Frontier is your watch. If you prefer a more elegant design, go with the Classic. That said, if you’re looking for a hardcore outdoor smartwatch, you’re better off getting a fully waterproof option such as Nixon Mission, Garmin Fenix 3 or Casio WSD F10.

Here’s a video demo of the Classic S3

Here’s the video demo of the Frontier S3