T-shirts and jeans. Socks and tennis shoes. Some fashion pairings are iconic and easy. But wearing a polo shirt with a blazer…now, this is tricky style territory. should you wear a polo with a blazer or is this a huge fashion problem? Can this look be stylish or is it wrong on all occasions? There are a lot of opinions about this combination and a lot to consider when you’re going to wear it. Some combinations are easy. The polo with a blazer, you have to put in a little extra style work to make this look amazing.

Should You Wear a Polo with a Blazer?

Traditionally, blazers are worn with dress shirts. Some fashion-forward people might wear a T-shirt with a blazer and really shake things up. But a polo shirt with a blazer, that’s dicey fashion territory. We checked with style and clothing experts to see what they had to say on the topic. There are some pretty strong opinions about this combination, including how to wear it and what you absolutely can’t do when you’re wearing it. So…do you know the rules of pairing a blazer with a polo shirt? 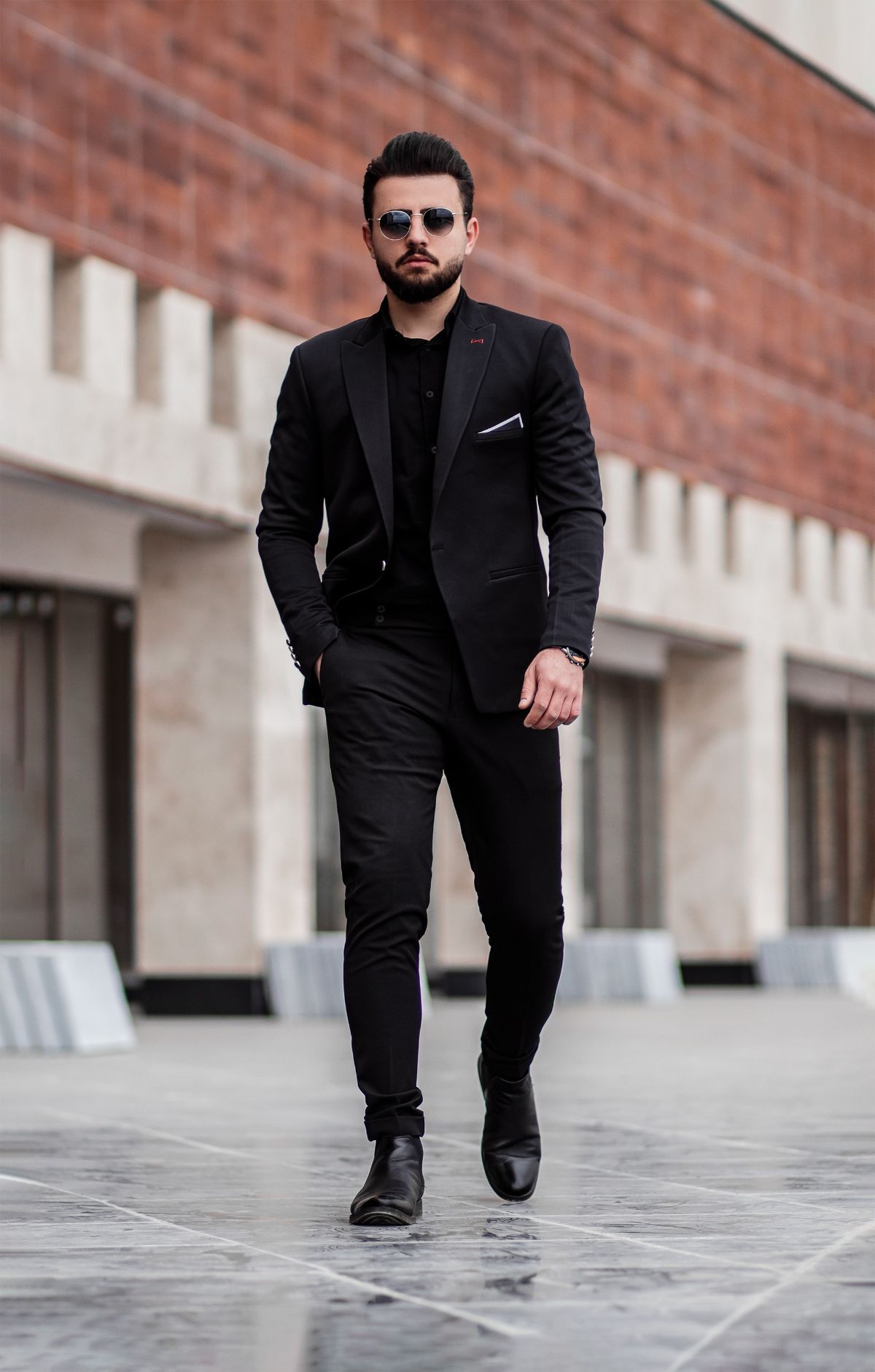 Land’s End is a famous name in fashion. According to them, this combo works…sometimes. “A men’s polo shirt is a wardrobe staple for lots of men, and it can look nice dressed up under a blazer and tucked in with a belt. Polo shirts are popular because they’re typically more comfortable as well, especially in the summertime when men want to get away with wearing short sleeves but want the flexibility to be able to throw on a blazer for an important meeting. Another great thing about polo shirts is that they don’t wrinkle as much as some traditional dress shirts do. Just be sure that if you wear a polo under a blazer, the collar is in good shape and has a good amount of starch in it so it doesn’t look awkward.” 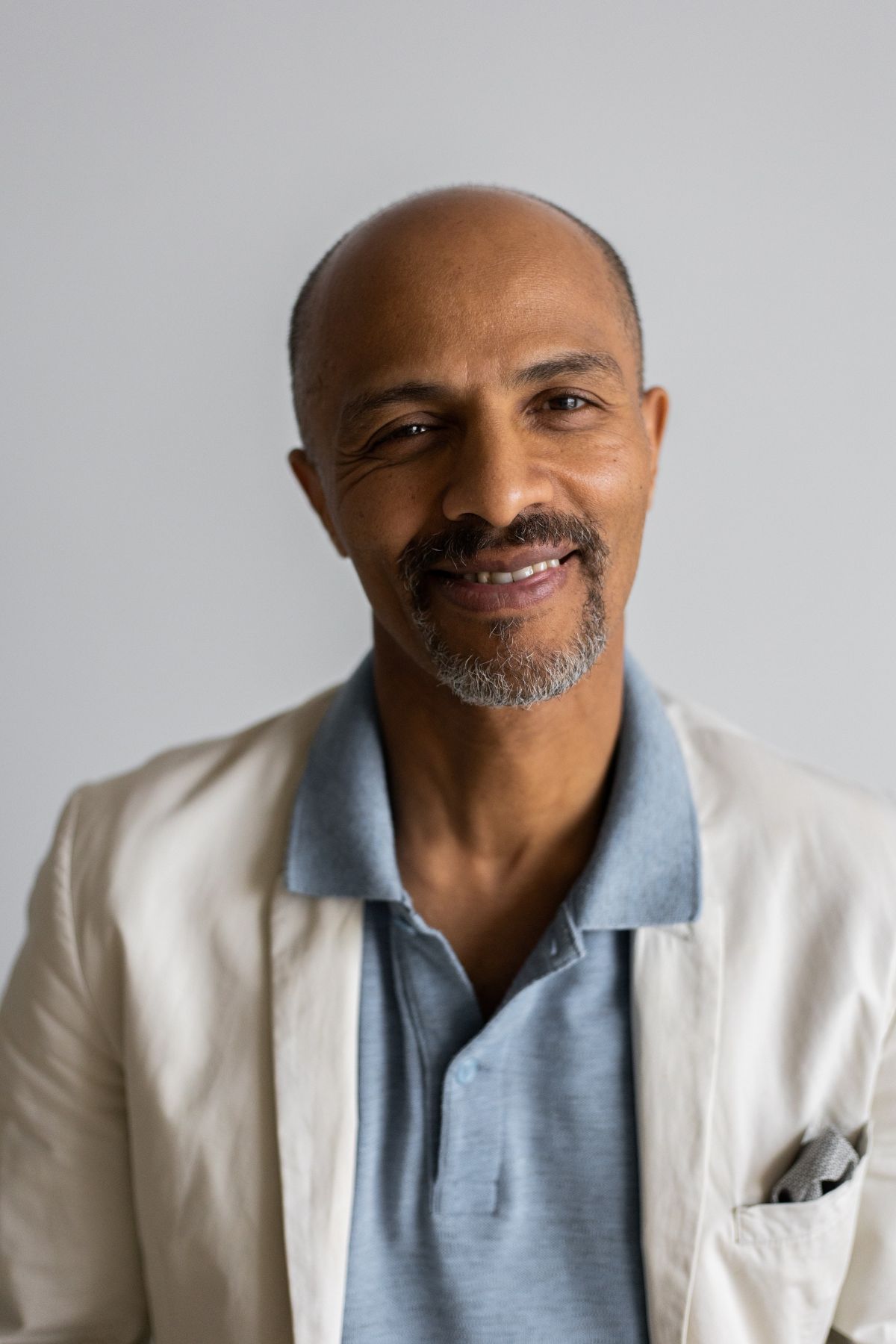 “One of the problems with wearing a polo shirt under a blazer is the shirt’s collar,” says He Spoke Style. “It’s more an extension of the shirt’s fabric than it is an actual ‘collar.’ In other words, it’s not that strong and isn’t going to stand up under a blazer like a regular button-up’s collar. Use it to your advantage. The unstructured nature of a polo shirt’s collar lends itself to a more easygoing look. Under a blazer, it has the effect of dressing it down, looking more casual and relaxed.”

“They’re too casual to wear with formal suits,” says Real Men Real Style. “Mainly because most collars on polos are flimsy (aka ‘bacon collar’) and don’t look right with jackets. But what if there was a polo with strong plackets and collar stays? Could they be worn with casual suits? You bet! But any polo outfit will be business casual or lower.”

Where Did Polo Shirts Come From?

Picture, if you will, the roaring 1920s. In these days, tennis was a pretty fancy-schmancy thing that was played in classic tennis whites. What were tennis whites? A pair of flannel pants, a dress shirt with rolled-up sleeves and a tie. It was a lot. And the game of tennis, by the way, was pretty much the same back then as it is today. In other words, it was still played outside. Nobody wants to wear all that mess when they’re playing a run-around-and-hit-a-ball type of game outside. 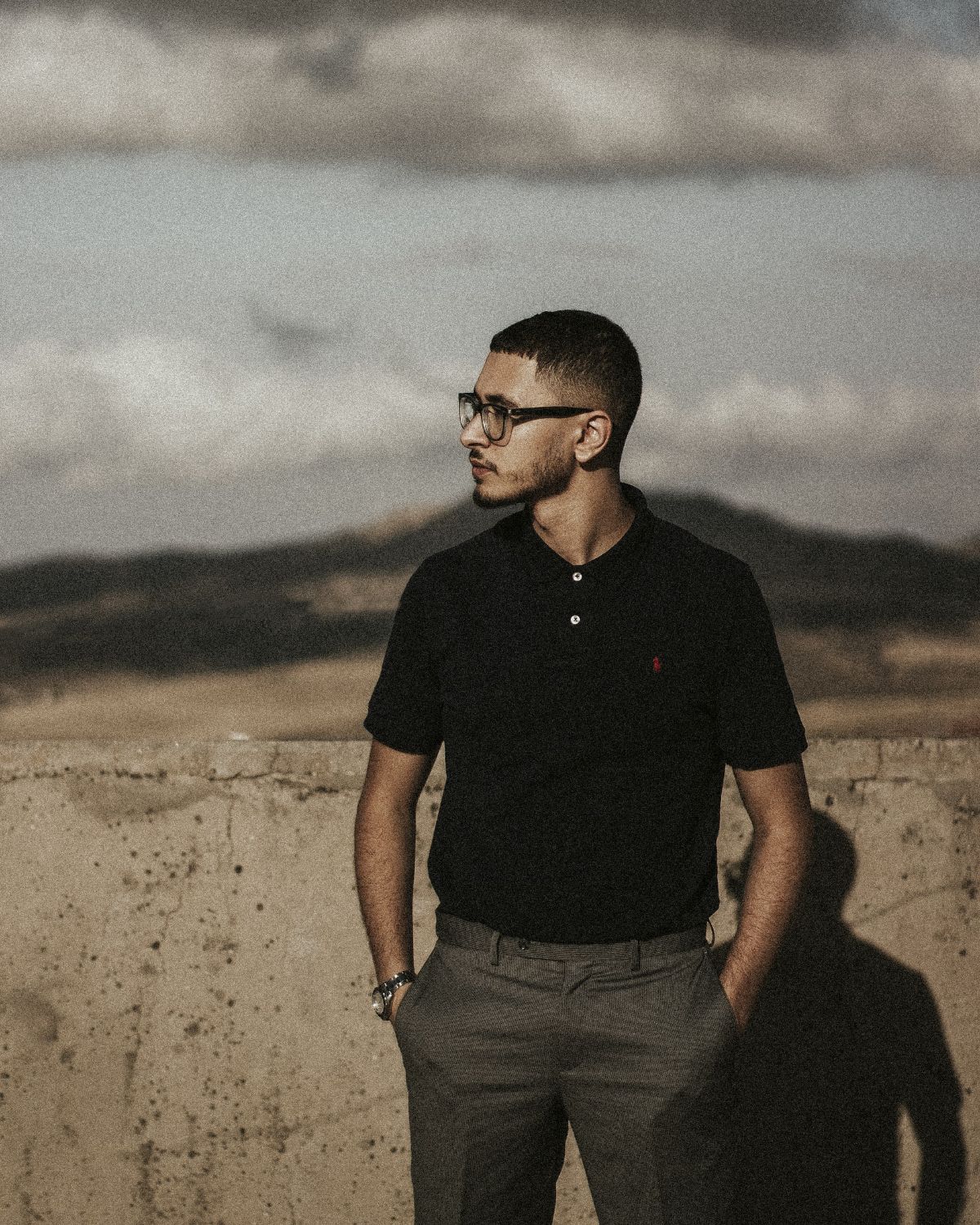 Rene Lacoste, a seven-time Grand Slam winner, didn’t like it, either. He made his own tennis shirt in a lightweight, breathable cotton fabric. It was short-sleeved and only had three buttons right at the collar of the shirt. The collar was soft but somewhat stiff, so it could be flipped up to protect the neck from the sun if desired. He didn’t wear it with a tie.

He showed up at the 1926 U.S. Open wearing the shirt. In 1927, Lacoste was given the nickname “the Crocodile.” Lacoste added a small crocodile logo to the breast of the shirt. In 1933, he decided to mass-produce the shirts for other tennis players. But the Lacoste shirt had a much wider appeal than that.

As you may already know, the shirt sort of caught on. Polo players, in particular, loved the style. They had already created their own polo shirt but this new style? It was definitely even more perfect for the game. They started wearing the Lacoste shirt so much that it became known as the “polo” shirt.

In 1950s, the Lacoste polo shirt went from being available only in white to showing off a wide range of colors. Golfers in the U.S. loved the shirt and soon, it became a part of everyday and non-sporting fashion. Even non-athletes started wearing polo shirts for all sorts of casual and semi-formal occasions. Soon, the polo shirt was being worn by Hollywood hunks and fashionable celebrities everywhere. 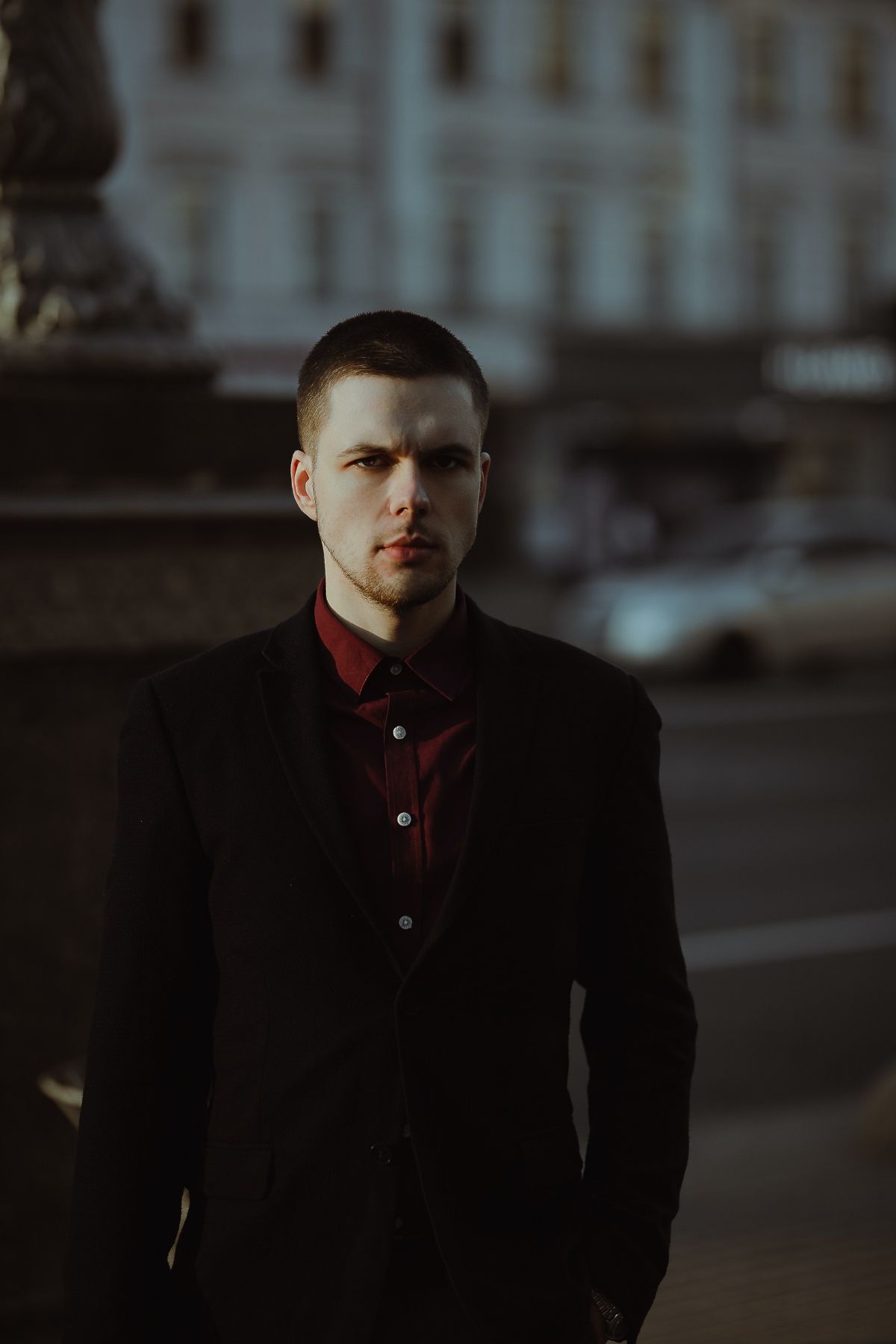 The shirt was officially a hit. Talk about a grand slam.

In the 1970s, Lacoste got some competition. This is when Ralph Lauren launched his own line of polo shirts. Lauren even created an entire style line named “polo.”

What’s Up with the Blazer?

So when did the blazer come about? What is a blazer, anyway? It’s not a suit jacket but it’s not a casual jacket like a denim jacket, either. So what is it? Why do people even wear it? What is happening with this piece of fashion? 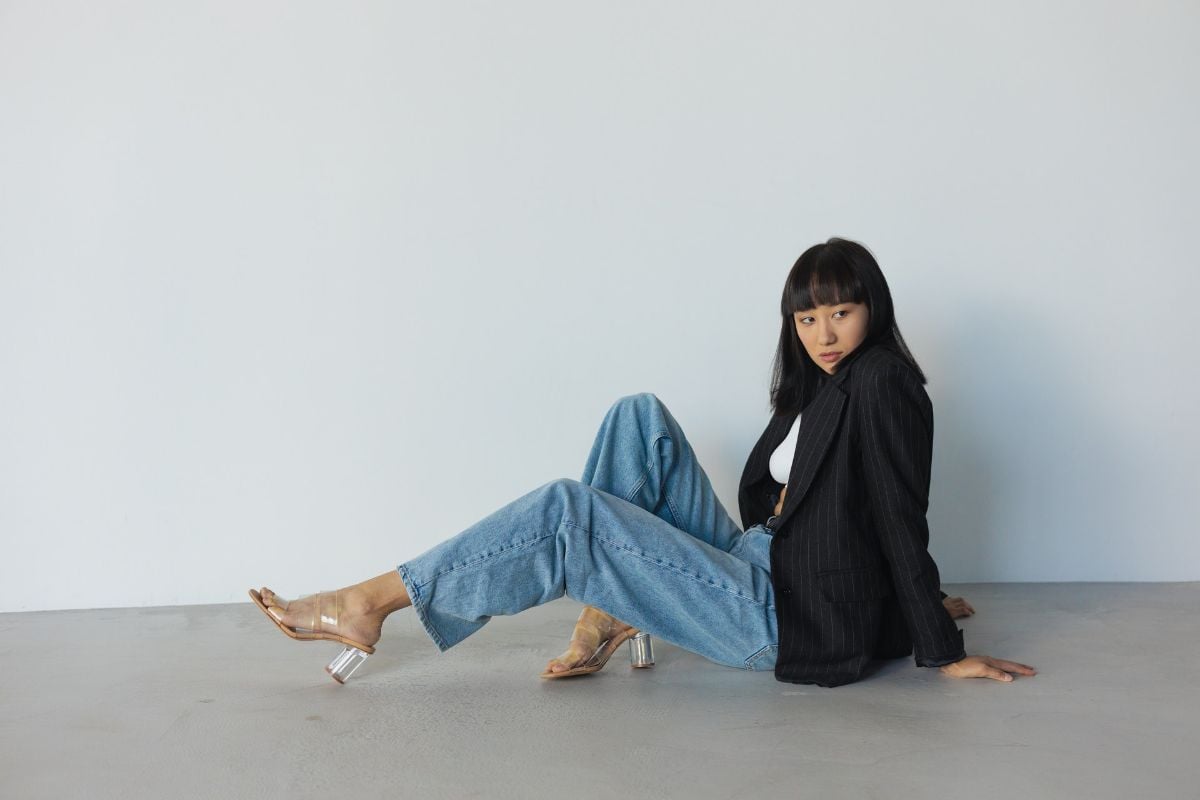 In the fashion world, the blazer is a sporting jacket. According to fashion legend, it was first worn by the St. John’s College boating team in the 1820s. Others say that the garment first appeared in 1837, when the captain of the ship the HMS Blazer put his crew in navy blue double-breasted jackets. They were styled with brass buttons bearing the Royal Navy logo. This was all done to welcome none other than Queen Victoria on board the ship.

The blazer was first recognized by Vogue in 1893 in a quick piece about boating season. Writing about “fetching yachting costumes,” the reporter stated that the best outfits “are those which have perfectly plain skirts with the Eton jacket or the long blazer, the reverse of which flare tremendously and are faced with white.” Clearly, the garment had made its way into women’s fashion, too.

However it began, the blazer has been a part of fashion ever since these early days. Now, it’s a cornerstone of many casual and semi-formal outfits. But how well does it fit with the polo shirt?

If you style it well, it works just great. Stick to some classic color and style combinations to make a polo shirt and a  blazer work beautifully together.

How to Wear a Polo Shirt with a Blazer

Yes, you can wear a polo shirt with a blazer. But there is a lot of room for error here. Rely on strong combinations to wear this style well and stick to a few basic tips to keep these items looking great together. 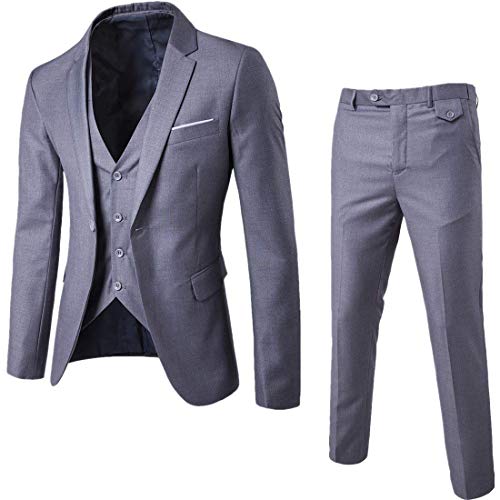 Pair your polo with a light gray suit to rock a business casual look. A pair of loafers finishes this off well. A darker polo, such as black or navy, looks amazing with a light gray suit. Don’t forget the belt. Add a casual watch if you want. This is a perfect look for a more casual business meeting, a lunch date or an afternoon where you’re going to be schmoozing some bigwigs. Basically, this is a perfect look when you want to look professional but still casual and relaxed at the same time. It’s a powerful outfit when worn to the right occasion around the right people because this is a look that shows that you are confident and you mean business, but the look isn’t too severe or over-dressed.

Create a classic preppy look that’s perfect for any conservative daytime outing in spring and summer. Top a pair of khakis with a white polo and a navy blazer. This is a great look with a classic color combination that will work for any kind of garden party, for being a spectator at a polo or golf match and for all sorts of other daytime and afternoon activities and events. It’s a super classic and preppy look that says you’re quite stylish, traditional and classy. When that’s the message you want to put across, this is the outfit you want to wear. 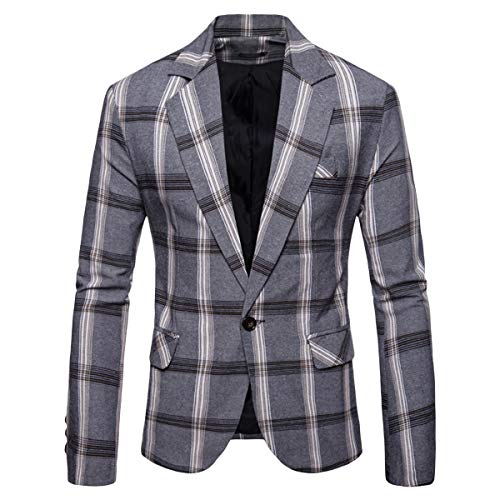 You can really elevate the polo-blazer combination with some bold style choices. Choose a patterned blazer to wear over a solid polo shirt. Be super bold and pair this with white pants and no-show socks with loafers. It’s casual but it looks high-fashion and it works for semi-formal wear as well. This is an eye-catching look but when that’s exactly what you want to do, catch eyes, this outfit will work. Finish this with a great-looking watch and maybe a pair of high-end sunglasses and you are going to look like money, literally. There are plenty of ways to get a designer look without paying big designer prices. That means that anyone can get this look without shelling out big money for it. 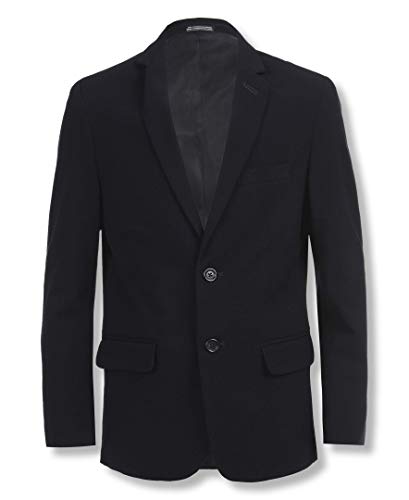 Look rugged but cultured and sophisticated by styling yourself with a polo shirt, blazer and jeans. Sexy this look up with a park of work boots or hiking boots in a dark brown or black. The blazer will look great in neutral tones, such as tan or blue. This will pair well with the jeans. This look is ready to work but also stylish. You’ll look like you can roll your sleeves up and get to work but you are going to look really good while you’re doing it. And what could be wrong with that? 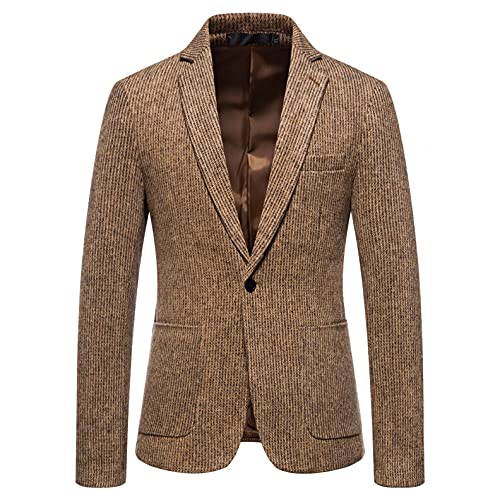 Dress like you’re ready to do something sort of sporting but more like in an English lord type of way. Pair a classic tweed blazer with a black polo and gray slacks. This is a gentleman’s outfit, suitable for any sophisticated man about town. You’ll look like a college professor, which is definitely a hot style.

Almost any fashion combination, no matter how mismatched, can actually work if it’s styled well. Follow some basic style tips to keep your fashion looking stunning and your look totally sharp.

All the style experts say it’s essential that the collar of your polo shirt must be upright and straight, not saggy. As long as the collar of the polo looks sharp, this whole look works. The blazer, however, shouldn’t be too stiff and structured. You want a softer blazer because this is a softer, more casual look. A cotton or linen blazer is ideal. A casual blazer and a casual shirt are always going to go well together if you stick with good color combinations. 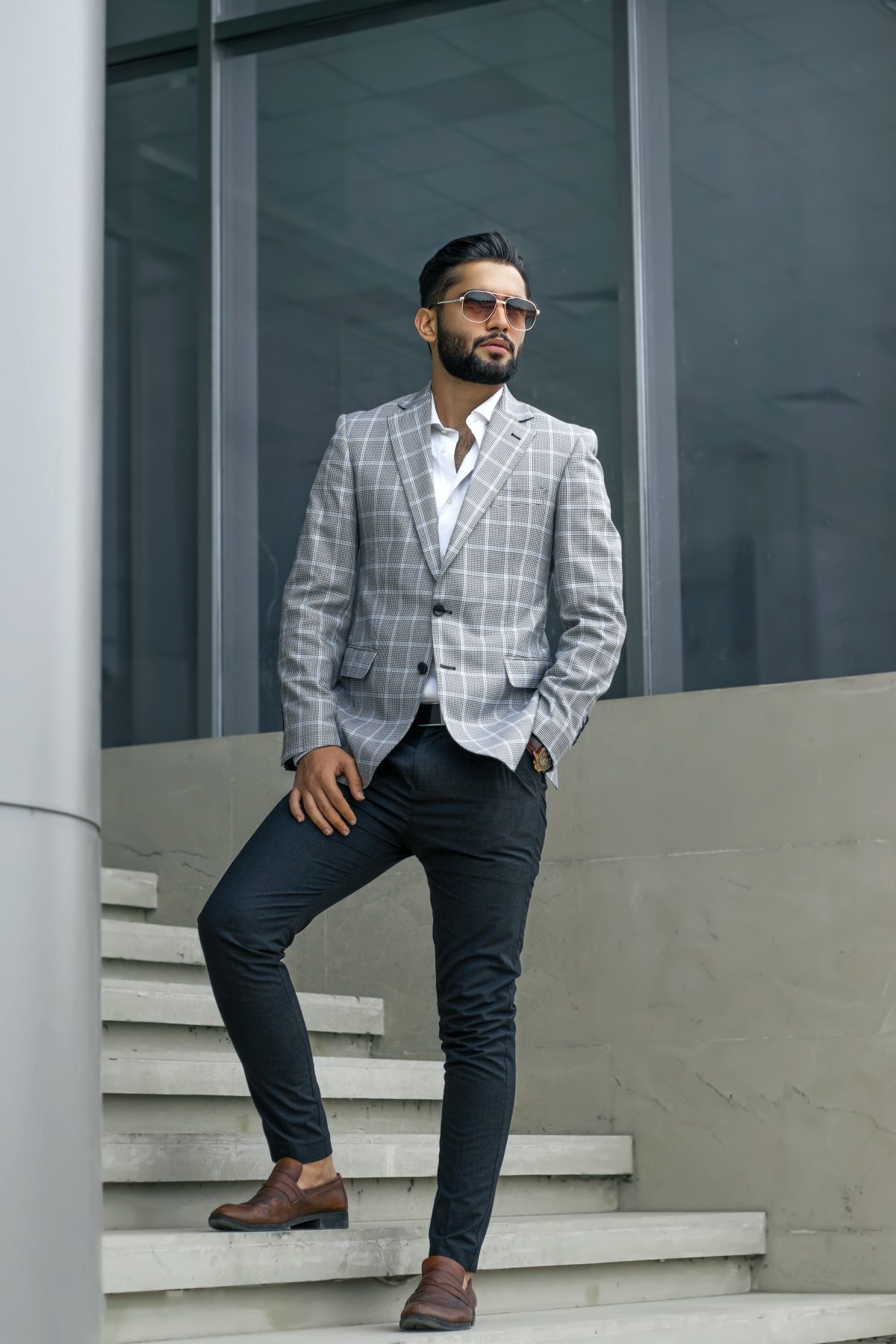 What about an untucked polo with blazer combination? Mostly…no. But sometimes yes. This look really isn’t going to work in most cases. It’s just a little too casual to really pull off. But if you’re going for a super casual look and your blazer has a very casual style, you can make this happen. This will work with jeans and other casual pants. Make sure you’ve got on sneakers. You can’t walk around with an untucked polo unless you have sneakers. Fashion may have few rules but this one should be honored.

Can you wear a polo shirt with a blazer? Of course you can. Fashion has no rules. But…should you? If you follow some good style tips and stick to some classic combinations, you can pull off this look very well. So go ahead and try this combo for yourself. Fashion should be about trying different styles, so dive on in.

Art of Manliness – How to Wear a Polo Shirt With Style

Real Men Real Style – Can You Wear A Polo With A Suit? | 5 Ways to Wear Polos | Polo-Shirts With A Strong Collar?

Vogue – Everything to know about the history of the blazer