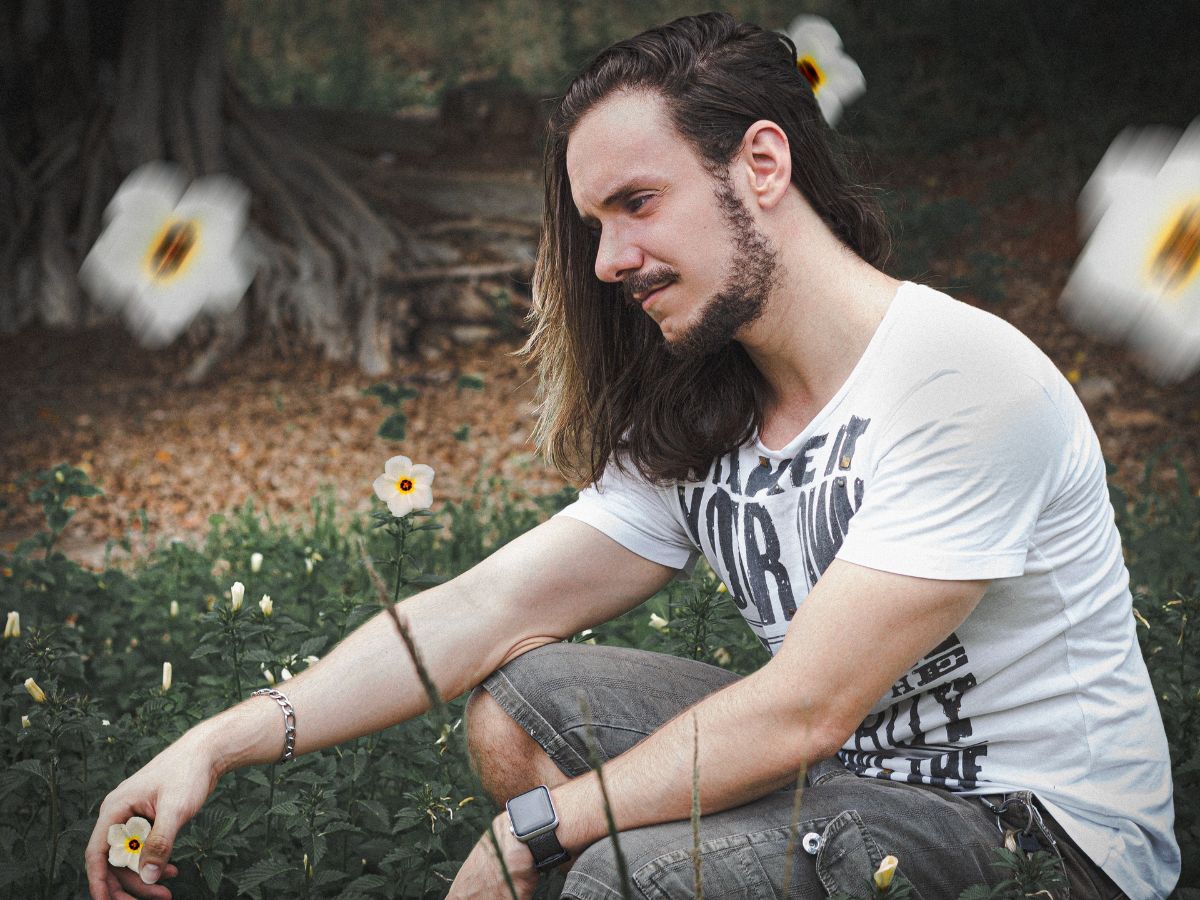 Espadrilles. A-lines. Tea length. There’s a ton of stuff in fashion that’s confusing, lots of words that aren’t very well known. But cargo shorts, everybody knows. Everyone has seen them or worn them or owns a pair of them right this very minute…and maybe you fit into all three of those categories. But who created cargo shorts and why? How have they changed over the years and where does the fashion world stand on whether cargo shorts are stylish or not? It’s time for a detailed history of cargo shorts and all their ups and downs over the years. There’s a lot more to this fashion item than you ever knew.

Where it All Began

Shorts have gone through all sorts of style evolutions over the years and they’ve appeared in all lengths, from Daisy Dukes to capris. It seems that shorts have just always been on the style scene. But in the history of fashion, they’re actually a relatively new invention compared to many of the other items you wear. 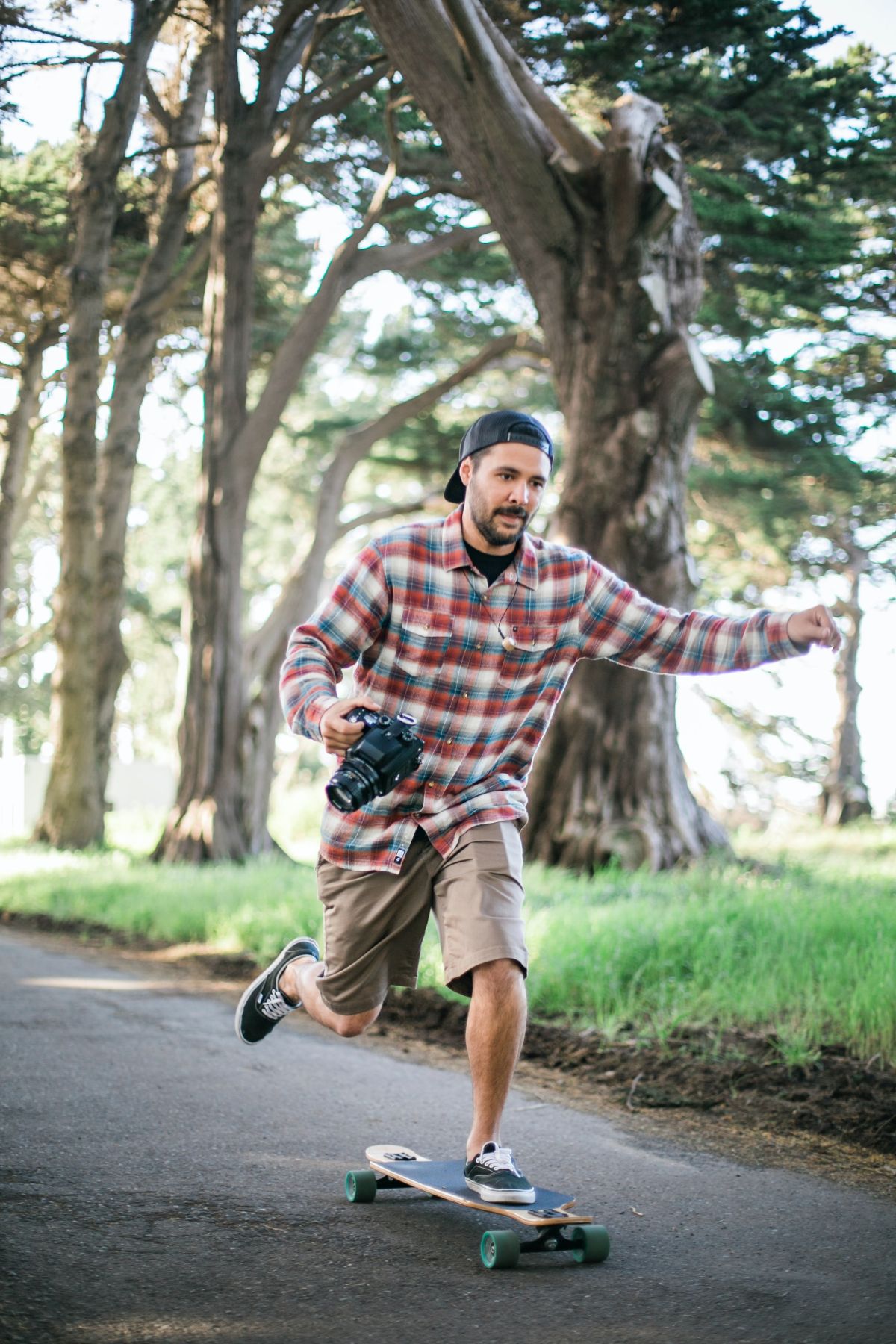 For a pretty large chunk of history, people didn’t even wear pants all that much. Ancient Egyptians wore short skirts or long tunics, while Greeks and Romans wore togas and the soldiers wore short skirts. In fact, Roman soldiers were shocked when they invaded Europe and found that the people there wore pants, clothing wrapped around each leg. They weren’t worn often in the ancient world but after the fall of Rome and with the rise of horse riding, pants became much more popular because they were just much more practical.

In the Middle Ages, pants were more like hose, close-fitting breeches that fit snugly around the legs. These were worn with long tunics. Heroes like Robin Hood and historical figures like King Henry VIII wore hose-like pants with tunics. Long pants became popular with men much later, in the 1800s. 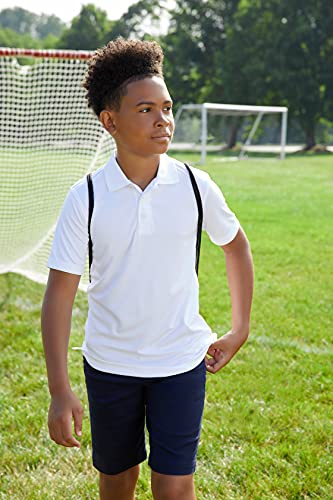 By then, shorts already existed…but they were only worn by children. Shorts were seen as something worn by young boys, not grown men. When a boy switched to long pants, it was seen as a sign that he had reached manhood. It wasn’t until the late 1800s that men started to wear shorts as athletic wear. Short pants, or shorts, appeared on golf courses and even on the battlefield, as soldiers began wearing them in the 1880s.

After shorts became popular with athletes, they spread everywhere. Everyone from James Bond to the world’s most prominent politicians was seen and photographed wearing shorts. But it would still late a long time before cargo shorts appeared on the fashion scene to join this short pants revolution.

The Grandfather of Cargo Shorts

Before there were cargo shorts there were, of course, cargo pants. It was the cargo pants that were developed first. And like so many other iconic pieces of fashion, cargo pants were first created for military wear. 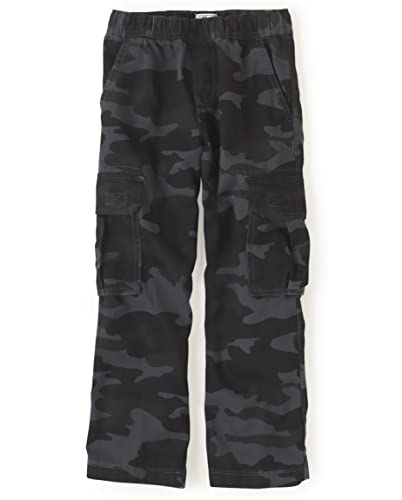 Specifically, they were created for the British military to wear. Though they were not yet called cargo pants, the pants were included as part of soliders’ standard battle dress. The design was complete by 1937 and was issued to all incoming soldiers who were going to fight in WWII.

The pants were somewhat loose and baggy through the hips, rear and legs, with cuffs at the bottom so they fit more snugly around combat boots. And of course, they had a large thigh pocket. This pocket was located on the front of the leg, above the knee. The design was so successful, it was used to clothe British soldiers for the next 25 years.

U.S. armed forces noticed the pants and soon, American paratroopers were wearing cargo pants as a standard part of their uniform. Not too long after that, every single branch of the U.S. Armed Forces added cargo pants to their standard battle dress uniforms, or BDUs.

The Pocket That Changed Military Fashion

There’s a good reason that cargo pants became popular with the military: they’re useful. The extra pockets on cargo pants made it easy to hold rations, ammunition, maps, all sorts of gear. Designs became more refined over the years. Dual pockets were added, rather than the single pocket used by the British military, and the pockets became larger to hold even more gear. 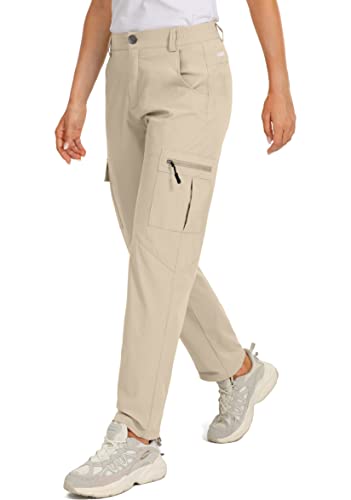 For decades, soldiers wore cargo pants in combat and then wore them at home. After all, having extra storage space is useful even when you’re not on the battlefield. Non-soldiers saw the cargo pants and started to wear them, too. They sold out quickly at military surplus stores and caught on with people in factories, construction and other tough jobs. Soon, fashion designers took notice and cargo pants became hot streetwear.

When were cargo shorts officially created? When did they truly first appear as their own distinct style? Cargo shorts come from the same decade as many of history’s most questionable fashion trends: the glorious 1980s. Khaki shorts of all types were becoming more popular during this decade and as pockets got larger, shorts took on a look that was quite like the cargo shorts that were about to explode onto the fashion scene. 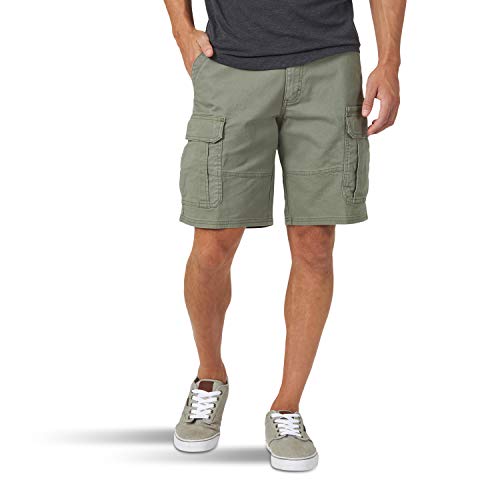 Because while cargo shorts first appeared in the ’80s, they really boomed in the 1990s. The hottest designers of the day started pumping out designs in different colors, though khaki still ruled the cargo short scene. Names like Old Navy, American Eagle and Abercrombie & Fitch jumped on the bandwagon, turning cargo shorts into must-have fashion among lots of different style groups.

Suddenly, cargo shorts were everywhere. High school students wore them constantly. They appeared at weekend picnics. They were ever-present at the park. And they were hanging in the windows of clothing stores in every single city. They were truly part of “the” look of the era and they definitely helped to define the baggy, unstructured styles of the 1990s.

Of course, all of that was about to change…in very dramatic fashion, pun intended.

In the 2000s, cargo shorts got a whole new silhouette. The big, baggy, droopy looks of the 1990s were out. Cargo shorts became more streamlined, more fitted, more fashionable. The pockets got a little smaller and a little flatter, with flap closures to hide the buttons on the pockets. Khaki all but disappeared, with patterned and colorful styles becoming much more common. Now, cargo shorts were sleek and stylish, close-fitting and tailored. 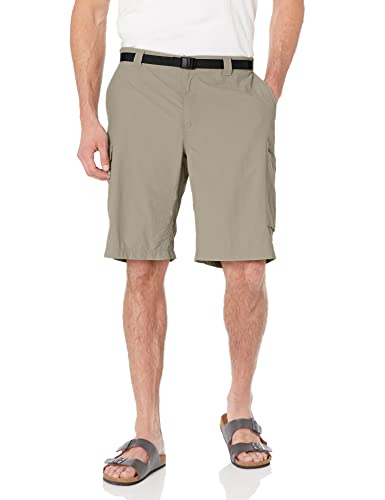 But when you streamline cargo shorts and turn them into high fashion, you take away some of their appeal. After their rise to fame in the 1990s and their makeover in the 2000s, cargo shorts had nowhere to go but down.

From Hot to Not

Then came the 2010s…and the downfall of cargo shorts. No one’s sure when it started or why, but around the middle of the decade, cargo shorts suddenly became uncool. The ubiquitous shorts became the butt of jokes and the topic of discussions. Suddenly, cargo shorts were getting a ton of bad press. Social media wars flamed as everyone, from comedians to fashionistas to armchair critics, offered up their opinion on this once-beloved piece of fashion. And the verdict? They’re terrible. 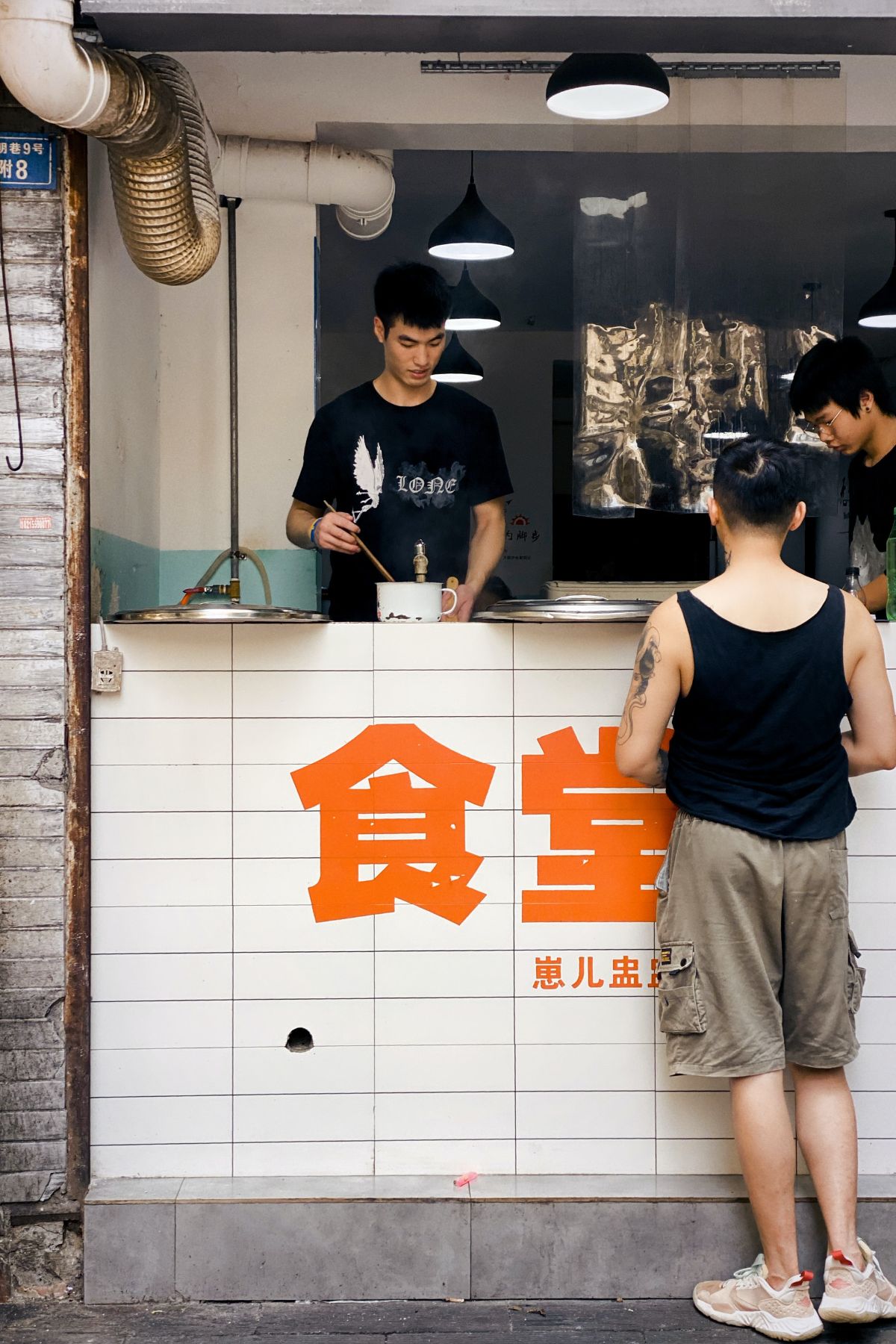 Cargo shorts are still seen in all sorts of uniforms, from the military to firefighters. They’re also still seen on civilians, notably construction workers. They’re still practical work clothing that definitely serve a function. But stylish?

Many still say that cargo shorts are totally not trendy. At least, not anymore. They’re too bulky, they ruin the silhouette, they just aren’t good style. But that’s just the current fashion temperature on cargo shorts. They were once the hot fashion of the day and at any moment, they could be again. Perhaps another redesign is in order for cargo shorts or perhaps, the shorts will return to their origins and take on baggy shapes in fashion’s future. Style is fun because it’s unpredictable. 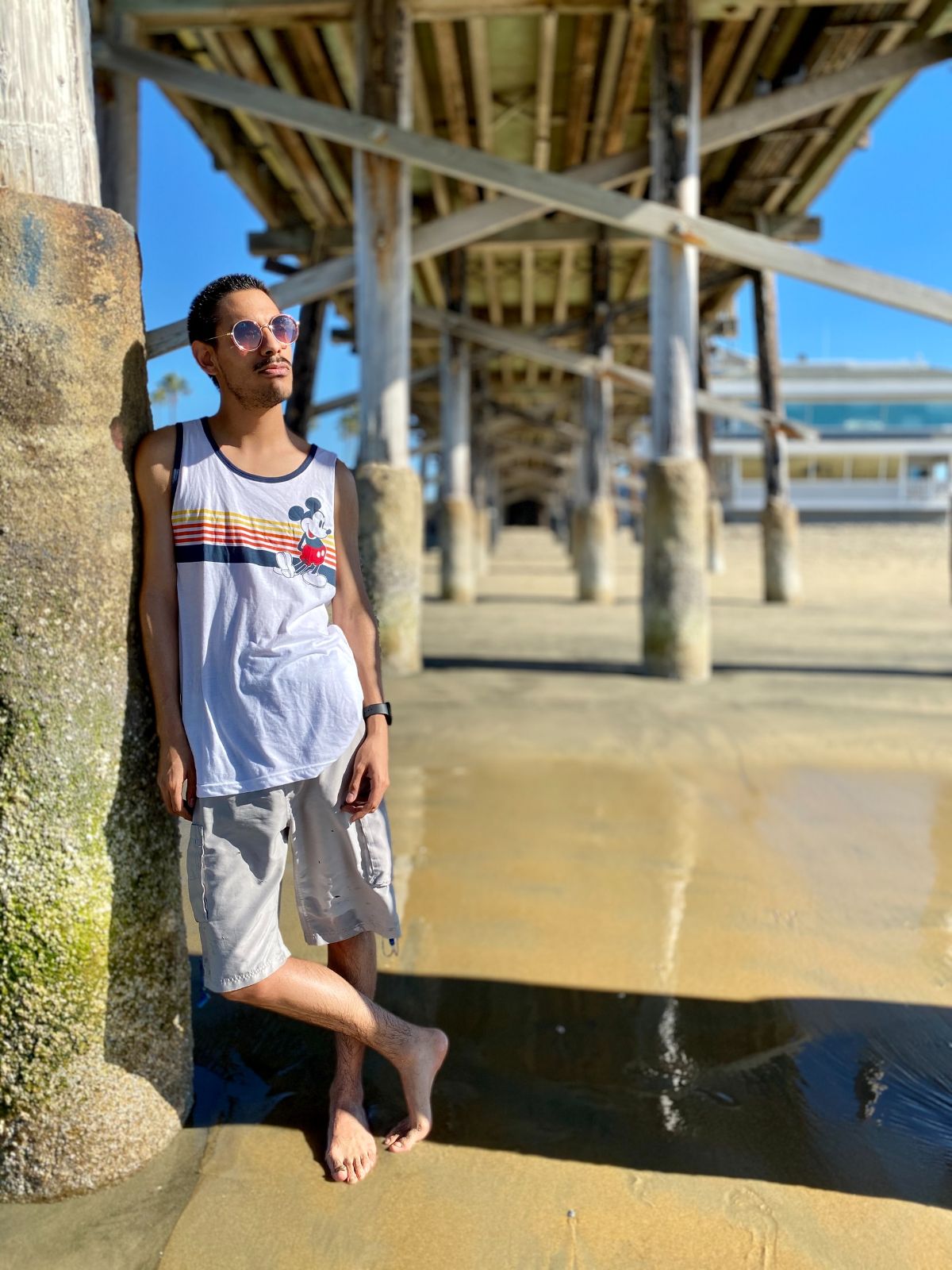 How long are cargo shorts?

The length of cargo shorts isn’t standardized, though cargo shorts tend to fall somewhere between being just below the knee and landing a couple inches above the knee. Typically, that means cargo shorts have a 12 to 15 inch inseam.

Can you wear cargo shorts to an interview?

If you’ve ever had to look for a job in July or August, you know how miserable it can be to be out there in the middle of the day in the heat and humidity. But if you’re thinking of wearing cargo shorts, or any shorts at all, to your interview…don’t. Even if you’re applying for a job with the most casual and relaxed dress code, you don’t want to wear cargo shorts. Many hiring experts agree that they simply look unprofessional and even a little sloppy. This is not the impression you want to give to a potential employer.

Can cargo shorts be altered?

Many types of pants and types of shorts can be altered to achieve a better fit or a better look. Cargo shorts, however, are tricky. The pockets make cargo shorts difficult to alter. If the pockets bunch up or don’t hang straight, it’s going to ruin the line of the shorts. Sometimes, cargo shorts can be tweaked a little here and there. You can take in the waist a little on some designs and you can shorten some designs, when needed. Making big alterations probably won’t be possible at all. You also won’t be able to alter the pockets in most cargo short designs.

How do you style cargo shorts?

What should you wear with your cargo shorts? Tennis shoes are always an excellent choice. Basketball shoes of any type pair well with cargo shorts. For a slightly more polished look, try no-show socks with loafers or strappy sandals. A T-shirt or tank top is a perfect way to top off your outfit. Play around with different colors to have some fun with your style.

Magic of Clothes – Can Shorts be Tailored? (An Expert’s Answer)

Uproxx – Key Moments In The Contentious History Of Cargo Shorts