Guess how much the most expensive ruby sold fetched at auction? It's a lot. Fortunatel you don't have to spend that much. Learn all about the many different types of rubies with photos here as well as a ruby shape and cut chart. 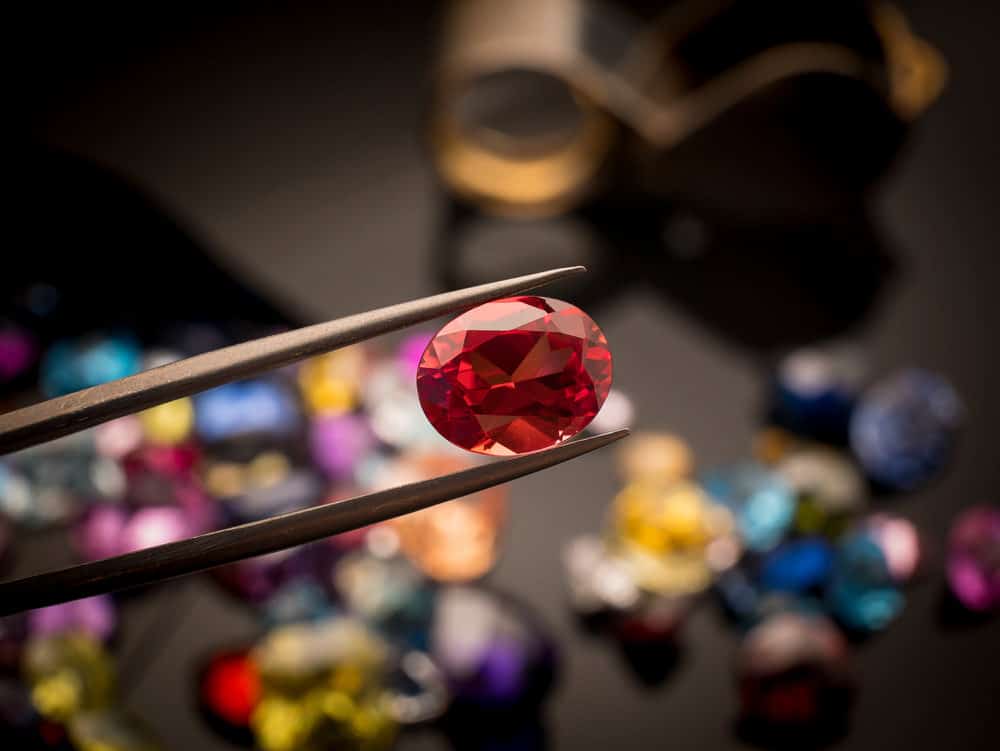 Only diamonds are harder than rubies. Rubies are rare. When not red, it’s a sapphire.

Rubies are striking gemstones. Like diamonds, they are cut in a variety of shapes and facets. They can also not be cut and instead polished smooth, which is a cabochon ruby.

Of course, you don’t need $30 million for a ruby gemstone. You can get them for a lot less, but do expect to pay into the thousands of dollars.

How rubies are formed?

Like other gemstones, they form in the earth. In the case of rubies, they are formed from corundum which is made from densely packed oxygen and aluminum atoms. The red color materializes when some of the aluminum atoms are replaced by other minerals such as chromium [Source: Four Mine].

Where are rubies formed and mined in the world?

Most of the world’s rubies form and are mined in Asia. Below we list out different types of rubies by country.

Here’s everything you need to know about the different types of rubies. 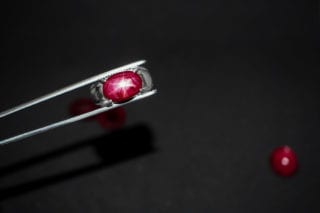 The star ruby is a rare variety of ruby that exhibits asterism; a six-rayed star that shimmers over the surface of the stone when it is moved. 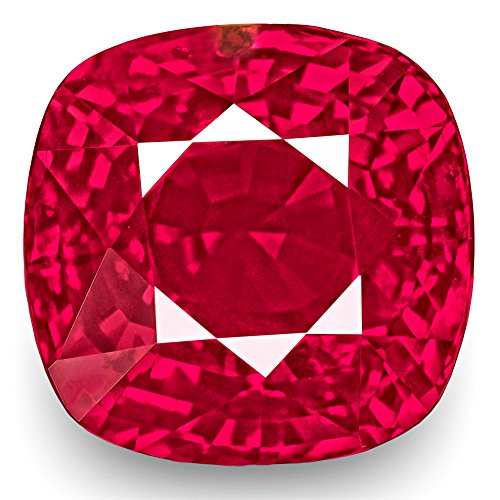 Faceted refers to the cut. You see the flat surfaces cut into the ruby below? Those are facets. 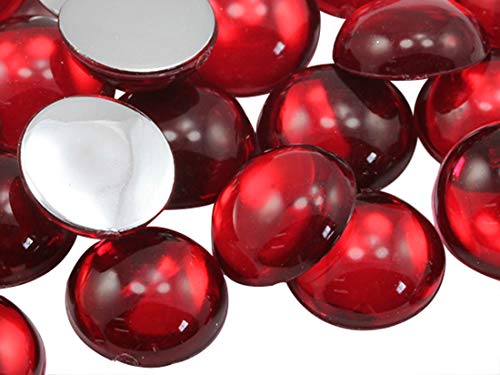 A cabochon ruby is one with no facets. It’s rounded and polished smooth. Here’s an example. 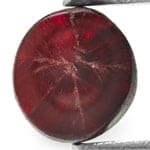 A trapiche ruby has a 6-pointed radial pattern like ray spokes expanding out from the center in raw form just like the one above. 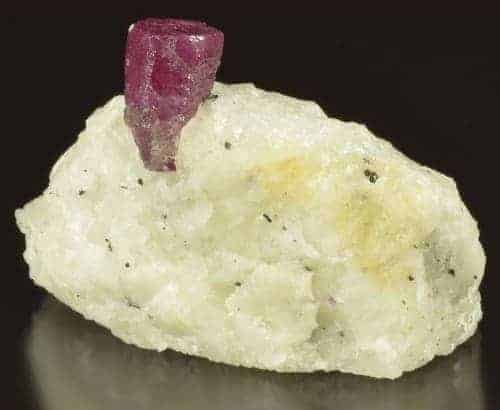 People have been mining rubies in Afghanistan since the very first century. Most of the mines found in Afghanistan are in the regions of Jagdalek and Badakhshan, with Jagdalek producing rubies that are faint- to deep-red in color.

In fact, rubies found in Jagdalek have qualities not found in rubies from any other part of the world. Overall, rubies from Afghanistan range in light-red to dark-red in color, giving them a truly unique look and one you automatically think of when you hear the word “ruby”. 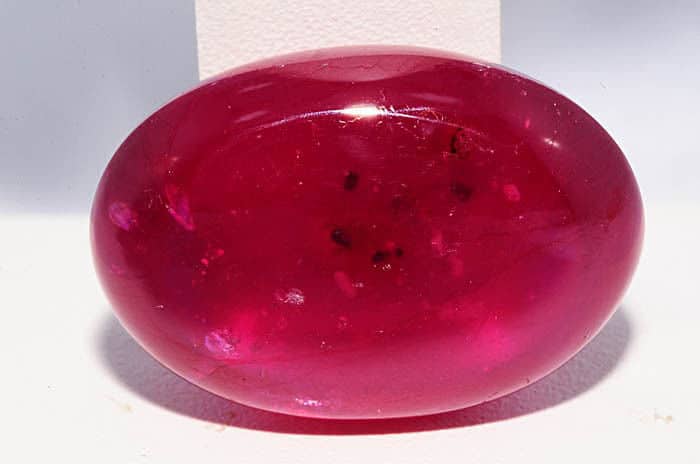 African rubies are gems of the sun. It is said that they will help you concentrate better and even make your skin look better. If you wish for all-around success or even leadership skills, you can get that effect by wearing jewelry with African rubies in it.

Rubies were first discovered in East Africa, and they are a hardy stone with a beautiful shade of red. Today, rubies are also found in Asia, Europe, and the Middle East, and they come in various shades of red, from very light to very dark. All rubies, however, are very hard, making them a long-lasting and durable stone to have in your jewelry. 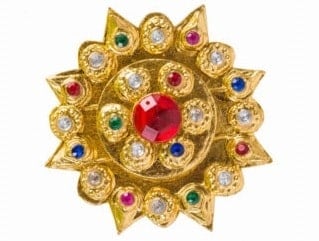 India has long loved and appreciated rubies, and, in fact, they were considered more valuable than diamonds prior to the 20th century. Found mainly in areas such as Mysore and Orissa, Indian rubies have cuts and colors that are very original, making them extremely attractive and valuable.

Indian rubies are thought to clear your mind and add some luster to your skin, as well as give you better leadership abilities, speaking and writing abilities, and intellectual capabilities. Although not as bright as some other types of rubies, the Indian ruby has a deep-red color that many people find preferable to other shades of red. 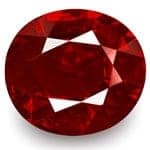 Until very recently, rubies from Madagascar just weren’t seen, but now that is changing. Madagascar rubies come in colors that include orange-red and even a pinkish color, and they do not require heating in order to be made into a certain shape.

Like other rubies, Madagascar rubies are very valuable and come in a wide variety of sizes, cuts, and shapes. Rubies are found in two main regions of the country – Vatomandry and Andilamena, although there are differences when it comes to the rubies found in these areas. 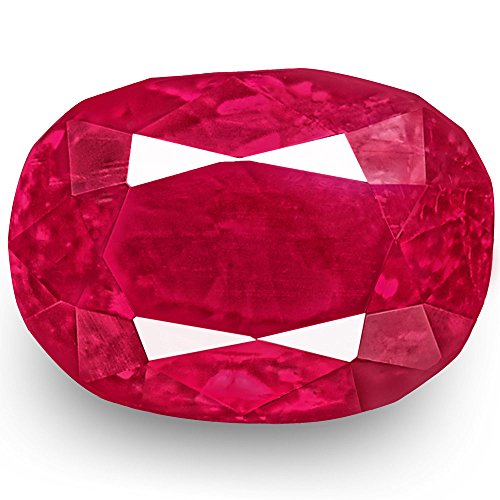 These rubies are found mostly in Myanmar and are some of the best quality rubies in the world. The color of New Burmese rubies varies, but they are usually found in every shade from a brownish-red to blood-red rubies. The ones that have a more vibrant color are also found in Burma, and this is one type of ruby that is much sought-after and desired.

Burmese rubies have a deep-red color, in part because of the amount of chromium in the stone. While all rubies have some blemishes, the ones from Burma have the least amount of blemishes of all of the types of rubies. If you are shopping for jewelry containing rubies and you want the best quality available, choosing a Burmese ruby is your smartest choice.

They are usually flame-red in color, often described as pigeon’s blood, and they can even include shades of pink or even blue mixed in with the red.

In most instances, Old Burmese rubies are flawless and therefore worth a lot of money, sometimes in the millions of dollars. They have few, if any, marks or blemishes on them, which is a good sign that they come from Burma. 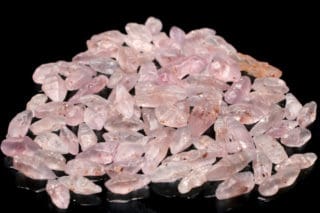 Sri Lanka does not produce a huge number of rubies every year, but the ones they do find in their mines are stunning. In fact, if you can’t afford a ruby from Burma, Sri Lankan rubies will look just as beautiful. Most of them have a pink tint in them, so they are a unique-looking ruby you’ll be proud to show off in any type of jewelry. 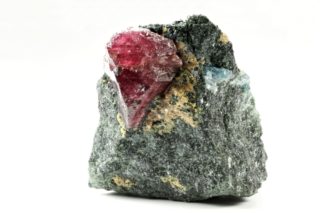 Found mostly in the areas around Songea, Tanzanian rubies have colors that are similar to garnet, and, in fact, even some jewelers cannot tell them apart. In addition, the smaller the ruby is, the lower its intensity of color, and the more valuable it becomes.

Thai rubies are very high in quality and have a very dark color, due to the fact that there is a lot of both iron and chromium present in the stone. Some Thai rubies, in fact, have traces of brown in them, so if you come across a ruby with a darker, brownish color, it is very likely one from Thailand.

While Burmese rubies are considered the most valuable, rubies from Thailand are the second-most valuable of all ruby types. Most of these rubies come from an area just south of Bangkok, and the ones with brown or burgundy in them are sometimes called Siam rubies. They come mostly from the provinces of Trat and Chanthaburi, and they are almost always heat-treated.

The rubies in Vietnam have a quality similar to Burmese rubies. The two main areas where rubies are found include Nghe and Yan Bai. Although the rubies mined in Vietnam are high in quality and quite beautiful, the country produces an unpredictable supply of their rubies, which means that you can’t always count on them being there when you want them. 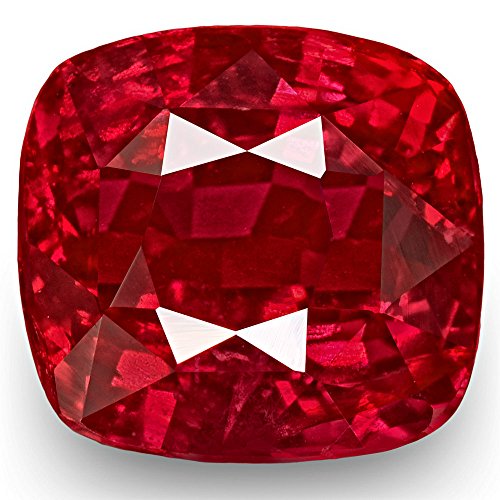 Mozambique is an important ruby producing country with star rubies found in Montepuez in the northern part of the country. While nice, they are not as high quality as Burmese rubies. 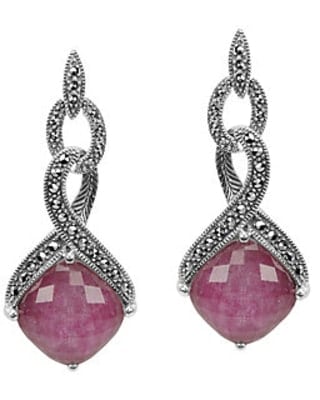 Although these types of rubies make good gifts, they are not very popular nowadays. They usually have an imitation backing and a crown made out of a natural corundum, either white or green in color, and if you look at them hard enough, you can even see the glue that the stone was made with.

Unlike other synthetic rubies, this one has a very realistic look. The process used to make the rubies is a high-quality process that includes the right amount of pressure and the right temperature, and even though they can develop fractures during the production stage, this usually gives the gem a more natural look in the end.

the name comes from the production process, and you can tell that they are not natural rubies. They typically have a curved color band, called striae, and you can even find gas bubbles in them if you look close enough.

This is an example of a synthetic ruby: 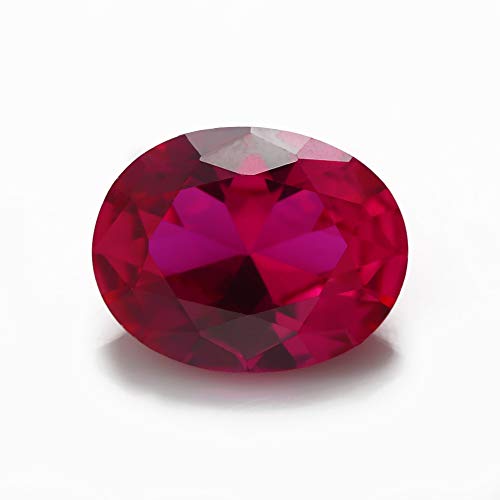 Below is our chart setting out the 10 most popular ruby cuts by shape which include round, heart-shaped, radiant, princess, Asscher, cushion, pear, emerald, oval, and marquise. 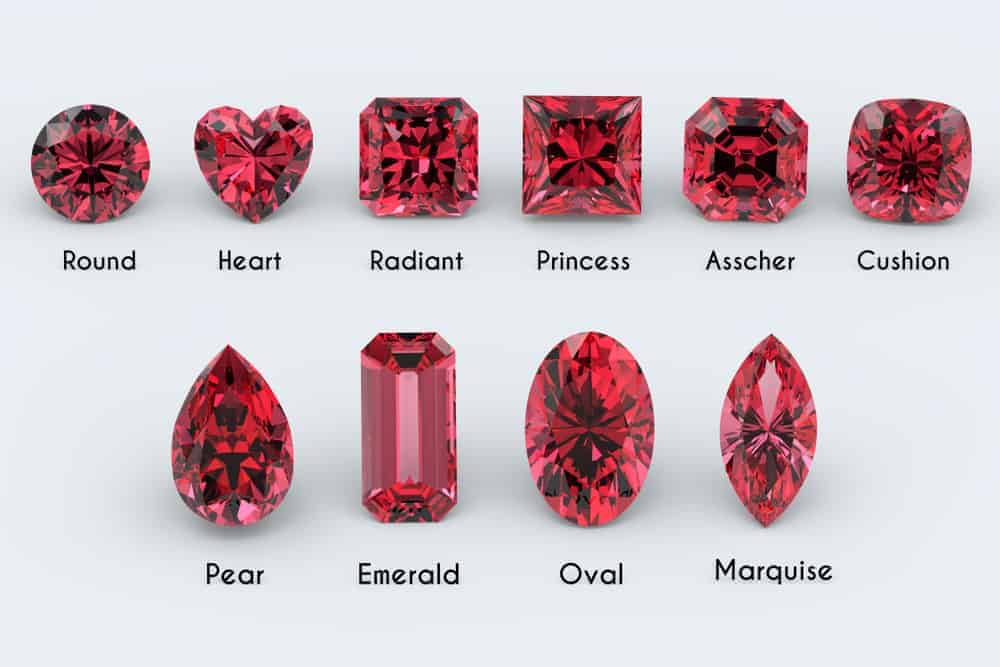 Things to Remember About Rubies

Some Rubies are Extremely Rare

Larger rubies that are transparent in color are even rarer to find than diamonds.

The Color is Not Always Red

Rubies come in a wide variety of colors, including bright red, pink-red, brownish red, dark-red, and even pink or purplish-red.

With the exception of the diamond, no other gem is harder than a ruby. Rubies have a hardness level of 9.0, topped only by the diamond at 10.0.

If you own a ruby that ignites in the darkness, this is a sign that the ruby consists of superb quality.

Rubbing Your Ruby Tells a Lot About It

If your ruby is rubbed on the stone, pay attention to how much rubbing action is displayed. If the rubbing shows up, that gem is called a fine ruby. It is considered to be a good ruby if you rub it and it does not lose weight.

There are only four different stones that qualify as a gemstone, and the ruby is one of them. The other three are diamonds, sapphires, and emeralds.

Traditionally, rubies have been worn for protection, as a symbol of power, and for wisdom and beauty. Rubies are referenced in the bible a total of four times, and in ancient times they were even thought to have the ability to make peace between two enemies. Even the movie The Wizard of Oz contains ruby slippers that were thought to ward off evil.