This article provides a detailed description of bonnie hats. This includes their origin, when and how they are worn, and types of bonnie hats. You will understand the benefits and disadvantages of wearing bonnie hats. Bonnie hats aren't restricted to military groups as civilians wear some at different events.

What is a bonnie hat?

A military Boonie hat or Bonney hat is a form of a hat mostly used by the military forces in hot tropical climates as it has a wide-brim. It’s also referred to as a giggle hat that is an Australian army version to call the bonnie hat, and other people call it a bush hat as it has a wide brim down. However, giggle and bonnie hat is interchangeable terms even though there’s a slight difference. The Australian army giggle hat has a thinner brim.

A bonnie hat has floppy rims perfect for tromping through jungles, forests, and sun-drenched deserts. However, aside from the military using bonnie hats, today, people use them when enjoying outdoor activities like mountain climbing, backpacking, hiking, and trekking. They are designed for hot and humid climates making them more comfortable than helmets as they offer better protection against rain and U.V. rays of the sun.

Is a bonnie hat fashionable today?

A Bonnie hat is a head ware designed of necessity. They aren’t for fashion and are commonly worn by military and adventurous people for camouflage reasons.

The most popular materials used to make bonnie hats are: 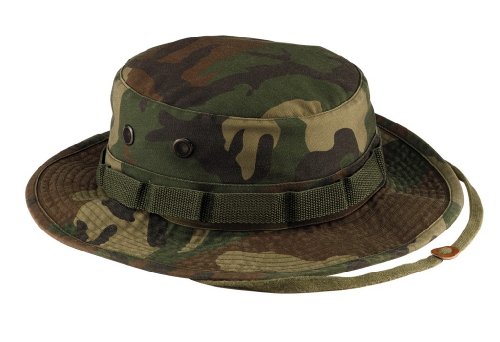 This is the most common bonnie hat. It originated in the armed forces. This type of camouflage pattern provides a true definition of what bonnie is referred to. This woodland pattern came into use back in 1981 and continued until the mid-2000s with the U.S.U.S. armed forces. Woodland Camo bonnie hat has four different colors: green, sand, black, and brown with irregular markings. 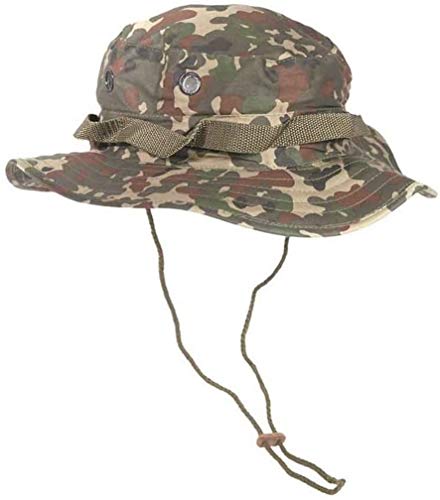 The German Armed forces commonly use this type, but it’s similar to that of the U.S.U.S. army. The hats have their own camouflage pattern with the disruptive pattern. However, the number of colors present on the hats varies.

These hats can have three to six colors, but the most common pattern comprises five colors. Four colors are constant, which include dark green, red-brown, light green, and black. In Germany, the pattern was introduced in 1990. Today, the German armed force still uses the pattern, and terrains determine the color differences. 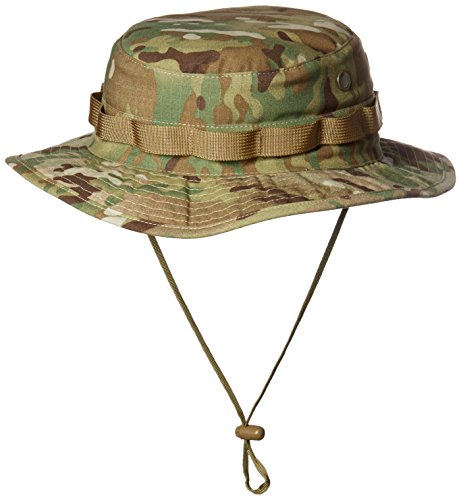 The pattern originated in 2002. The U.S.U.S. army used the hats under varying conditions and environments. They have patterns consisting of seven colors developed by Crye Precision. This is among the patterns that replaced the woodland pattern as well as the 3-color desert pattern. The pattern is used in other nine countries alongside the U.SU.S. 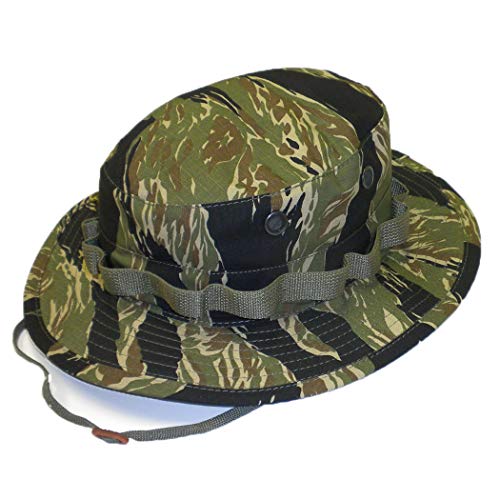 Tigerstripe camouflage is commonly used for jungle warfare at close quarters. The armed forces of South Vietnam used this type of hat, after which the U.S.U.S. adopted it in the 1960s during the Vietnam War. However, many other Asian countries adopted the pattern.

The base color in the hat’s pattern is khaki or light green. The pattern has broad black brushstrokes which look similar to tiger stripes.

The US Marine Corps used the MARPAT pattern, which stands for “Marine Pattern.” The marine has used the pattern since 2002 after replacing its predecessor, the Camouflage Utility Uniform. The pattern consists of tiny rectangular boxes evenly spread all over the uniform. It’s a better blending camouflage compared to non-digital patterns like woodland patterns.

Desert digital camouflage pattern also uses a small pixel-like MARPAT pattern. They differ in color used. This pattern uses brown and sand, unlike the MARPAT that comprises green shades. Desert digital pattern has been in existence since the early 2000s after replacing the 3-color desert pattern. 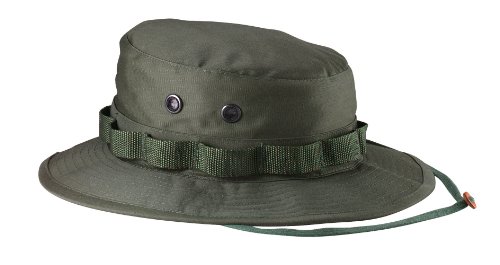 Olive comprises a dark yellowish-green color. Drab has a brownish-gray color. A combination of these colors leads to Olive Drab color. The U.S.U.S. used many versions of Olive Drab during World War II as a camouflage pattern. The color was used in uniforms, vehicles, and equipment. However, the color was later officially replaced in 1952 by an Olive Green color. 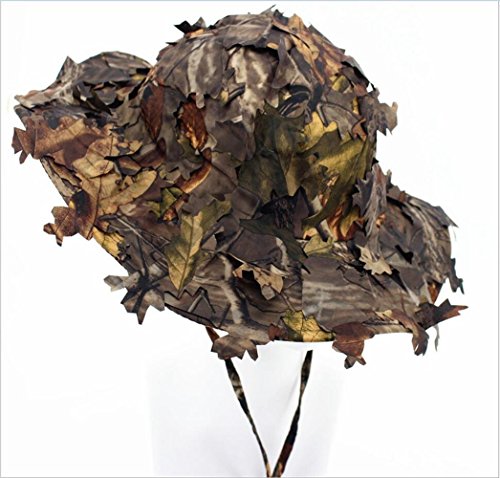 This type of bonnie hat has 3D cloth parts coming out of it. The clothes are leaves-shaped, making the entire structure resemble a pile of leaves. It’s best to camouflage among forests, trees, leaves, and such natural habitats.

How to wear it

Wearing a bonnie hat might not be as easy as wearing a baseball cap. Sometimes, the retention strap string confuses people.

Pros and Cons of wearing a bonnie hat

The origin of bonnie hats is difficult to pinpoint. However, in the late 1930s, the U.S.U.S. military used hats with wide brims. The hats were made of denim and, after that, herringbone twill. The hats resembled the bonnie hats we see today. On the other hand, bonnie hats can be traced back to the war in Vietnam. Bonnie hats were largely used and gave relief to every soldier encountering the extremely harsh weather conditions.