The Fitbit Versa 2 is a great smartwatch and it's actually a pretty competitive smartwatch when facing up to the Apple Watch Series 5. 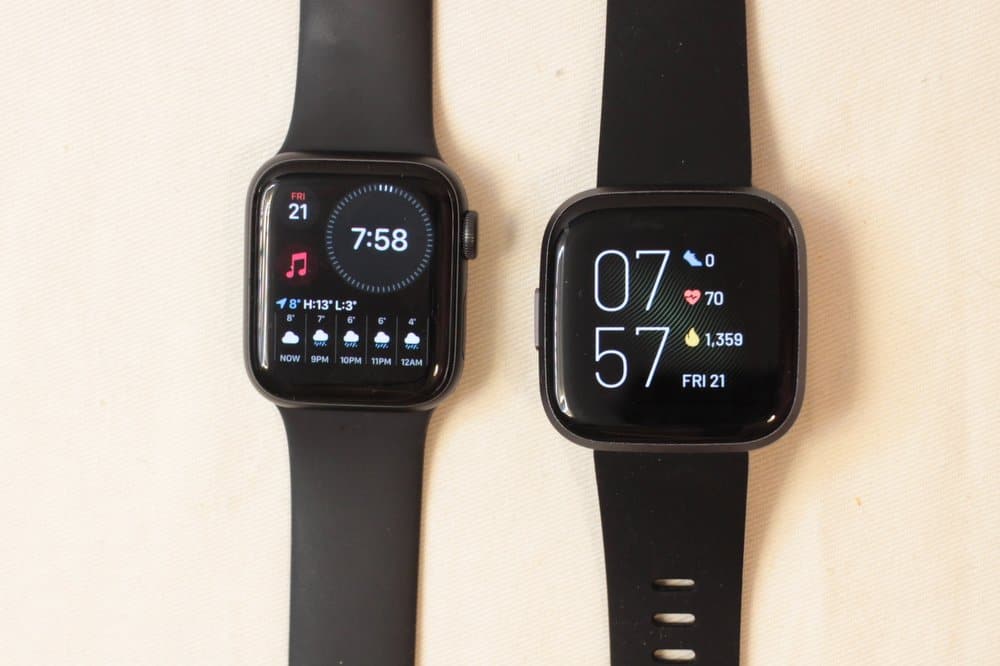 The Fitbit Versa 2 is a great smartwatch and it’s actually a pretty competitive smartwatch when facing up to the Apple Watch Series 5.

I believe it is very good because of what Fitbit offers, rather than its smartwatch capabilities. Fitbit offers some of the best analyses of your overall health picture and that’s why I like it. For example, its sleep tracking is better than the Apple Watch’s sleep tracking because it actually tells you how deep your sleep is.

Fitbit also has some really good coaching programs that come with its Fitbit Premium subscription. Of course, these days you can also get that with the Apple Fitness + subscription.

Both watches are really good for exercise because they are really compact and capable. The Fitbit Versa 2 doesn’t have an internal GPS, though, so you are always required to bring a phone to get location data. That’s a major downside that has since been rectified in the Fitbit Versa 3.