The Fitbit Versa 2 is an outstanding health and fitness device but to get the most of this smartwatch, we'll walk you through with easy instructions on how to properly set it up this device. 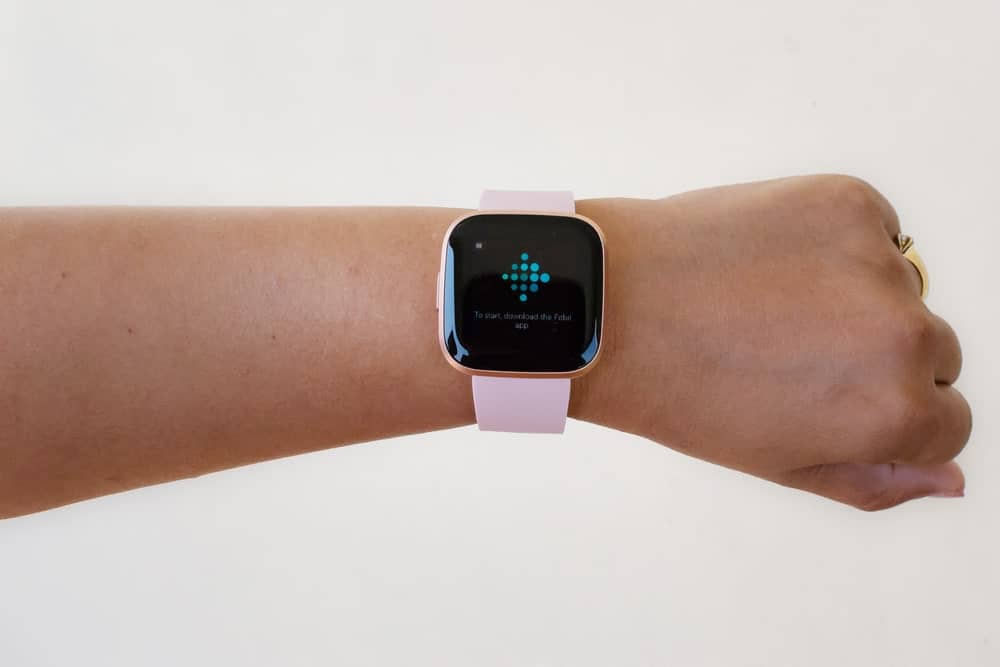 With over 28 million active users and more than 100 million devices sold worldwide, Fitbit is, without a doubt, a trusted brand when it comes to smart fitness wearables. The Fitbit Versa 2 is yet another outstanding installment in a long line of excellent workout tech from the brand. Learn how to set up Fitbit versa 2 and get the most out of your device.

Let’s start by stating the obvious. The Fitbit Versa 2 is an outstanding health and fitness device that, when used properly, will help you achieve your fitness goals and highlight all the necessary data to help you improve your health in general.

To get the most out of your device, you first must learn how to set up Fitbit versa 2. Don’t worry, the procedure is fairly simple and involves a great deal of following some easy instructions and waiting around for the smartwatch to do its thing. The entire process takes about 30 minutes, during which time you are advised not to interrupt it to avoid creating unwanted sync problems.

So you will need to summon up a bit of that phenomenal patience you have somewhere inside you.

That being said, here are the simple steps you should follow when setting up your new Fitbit Versa 2 smartwatch: 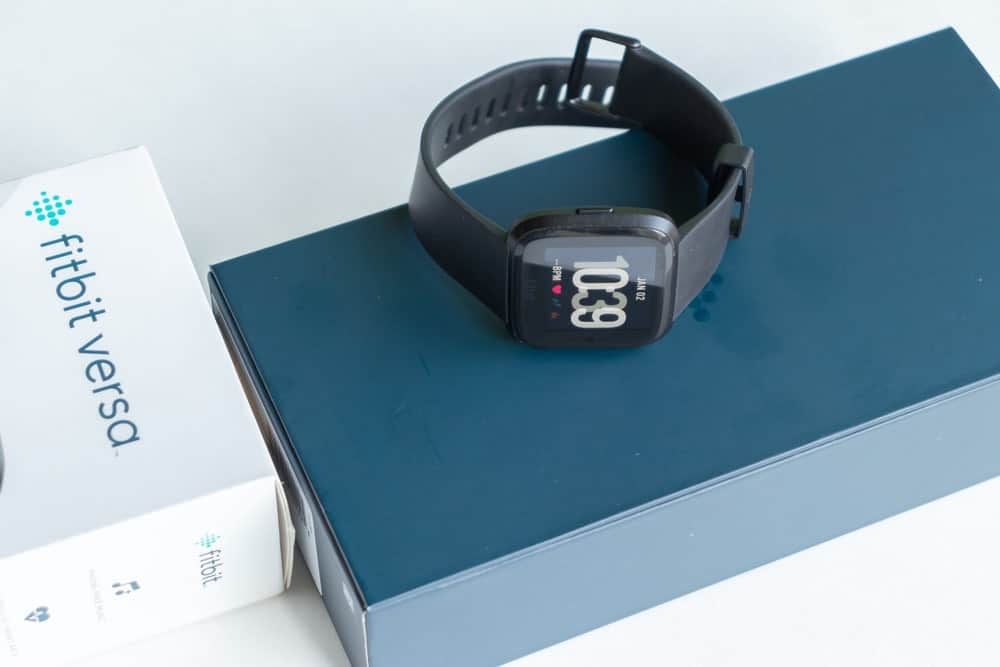 It is always a good idea to ensure that any of your new mobile devices are fully charged before you even start setting them up. This used to be a real problem in the past as manufacturers shipped out devices without testing the batteries first. This meant that new device owners were essentially playing a watered-down version of Russian Roulette with which battery they would get; sometimes it would be functional, sometimes it would not.

However, manufacturers soon learned that this practice wasn’t good for business. So nowadays, the battery in your device has been tested several times before being shipped out to you, and for the most part, it will have some charge. That is why you can turn on the Fitbit Versa 2 even before charging it.

You are, however, advised to charge it to 100% (takes about 2 hours) before you start fiddling around with it. It’s just good practice and will give you clear indicators of whether or not you have a faulty battery so you can return it immediately.

That and the fact that having a fully charged Fitbit will allow you to start using it as soon as you are done setting it up.

Note: While the Fitbit Versa 2 can operate independently, it is advisable to link it to your computer, tablet, or phone. This way, you can easily see and analyze your progress through the app.

The first thing you want to do is download the Fitbit App to your laptop, phone, or whatever handheld device you want to link your smartwatch to. Without this app, you won’t get the full Fitbit experience and, quite frankly, won’t be able to benefit from the kind of data and insight that the device offers to your health and fitness.

Downloading the app is simple enough depending on which device you are using:

Give the app time to finish downloading before you move on to the next step.

As soon as the Fitbit app has been downloaded and installed on your device, the next thing you need to do is join the Fitbit community by simply clicking the “Join Fitbit” button.

This takes you through the entire process of creating a Fitbit account. All you have to do here is follow the simple on-screen instructions to get set up.

During this sign-up process, Fitbit will ask you for some personal information such as your:

Be confident enough to key in your actual weight (none of those fictitious figures you put on your dating app profile). The app uses this information to calculate your BMR (Basal Metabolic Rate), which in turn helps to determine your BMI (Body Mass Index) …all data that will help to create a more personalized experience and help you improve your health and physique as you continuously use the device.

Note: This information is hidden by default unless you wish to share it publically.

The device will ask you to connect to your home or primary Wi-Fi. This is necessary to ensure that it downloads other peripheral data such as your music playlist, Fitbit app gallery, and install pertinent information such as OS updates and such. That is why it’s best to do this when you are home and connected to your home Wi-Fi.

Note: This particular step won’t be necessary if you already have a Fitbit account. In which case, all you have to do is click the “Log In” option instead of the “Join Fitbit” option. Once you log in, the device will sync and probably install an update is necessary.

Once you have downloaded the app, set-up your account and given the computer or tablet time to install all the necessary updates, it’s time to carry out the final and crucially important step – pairing the devices:

Once the devices have been paired, you can start enjoying your Fitbit Smartwatch immediately. 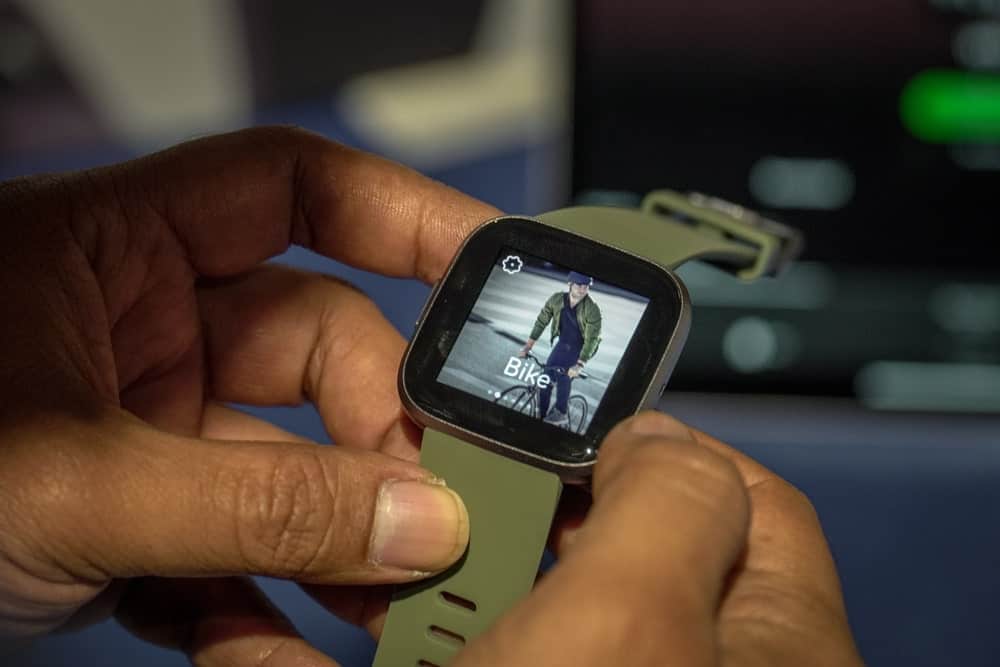 As already stated, the Fitbit Versa 2 smartwatch can be used as a stand-alone device even though it’s better when paired with a tablet or phone. In this case, you will need to have a computer, and that computer will need to have Bluetooth capabilities.

Don’t worry. Even if the computer doesn’t have Bluetooth capabilities (most laptops have them now), there is a simple workaround. All you have to do is buy a wireless sync dongle.

The beauty of it all is that the dongle you buy doesn’t necessarily need to be Fitbit branded. It can be any functional wireless sync dongle then install the free Fitbit Connect app on your computer. This software will make it possible for you to sync your computer with the Fitbit Versa 2. Once all that is done, all you have to do next is follow the following simple steps: 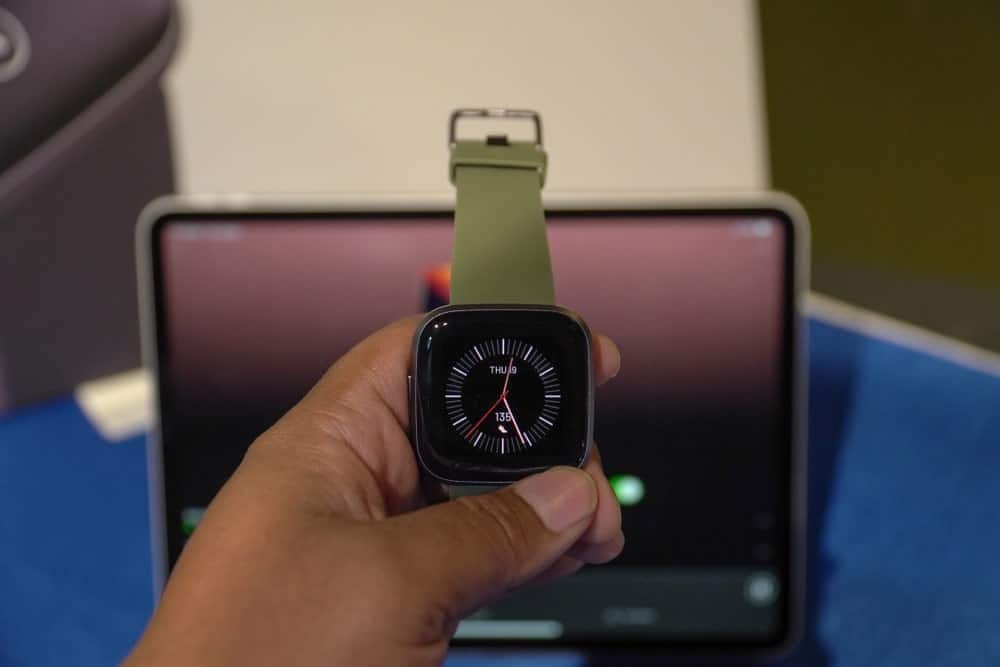 And there you have it, the simple step by step instructions on how to set up Fitbit versa 2. Even though it does require a bit of patience, you can see that it isn’t that complicated a process.

There is so much more you can do with your Fitbit Versa 2 after setting it up. For most people, that usually revolves around downloading their favorite workout songs to get themselves excited to workout.