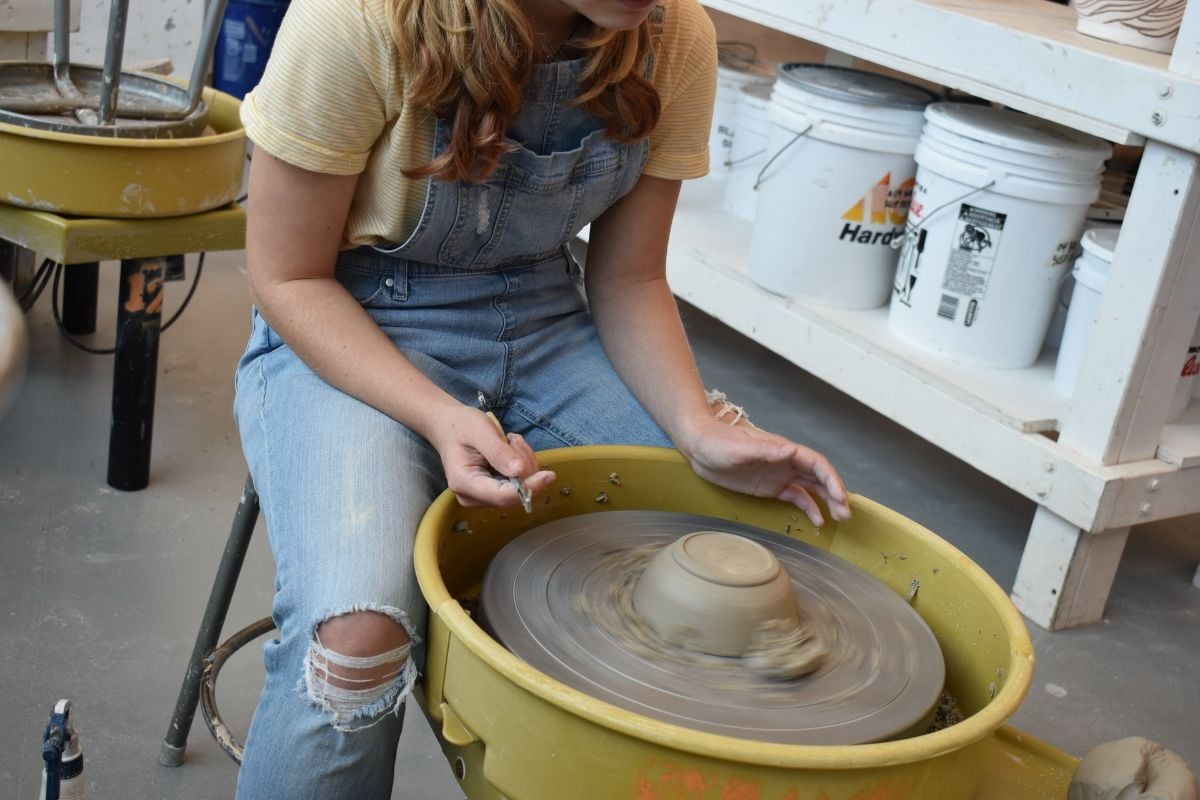 Shopping online is supposed to be easy but when you shop online for clothes, it can get stressful pretty quick. Sizes are confusing, clothing categories are bizarre and there are always so many items to click through, you often just stop scrolling. Spend any time shopping online for clothing and at some point, you’re going to end up with a lot of questions…questions like what are bib overalls, anyway? What makes them bib overalls and how are they different from other types of clothing?

Once, the term “overalls” was used to refer to all sorts of clothing items. And in the UK today, bib overalls aren’t usually called bib overalls. They’re called dungarees. So of course, things get pretty confusing. Where you are in the world, how old the overalls are, all these things play a role in what the heck you call this fashion item. 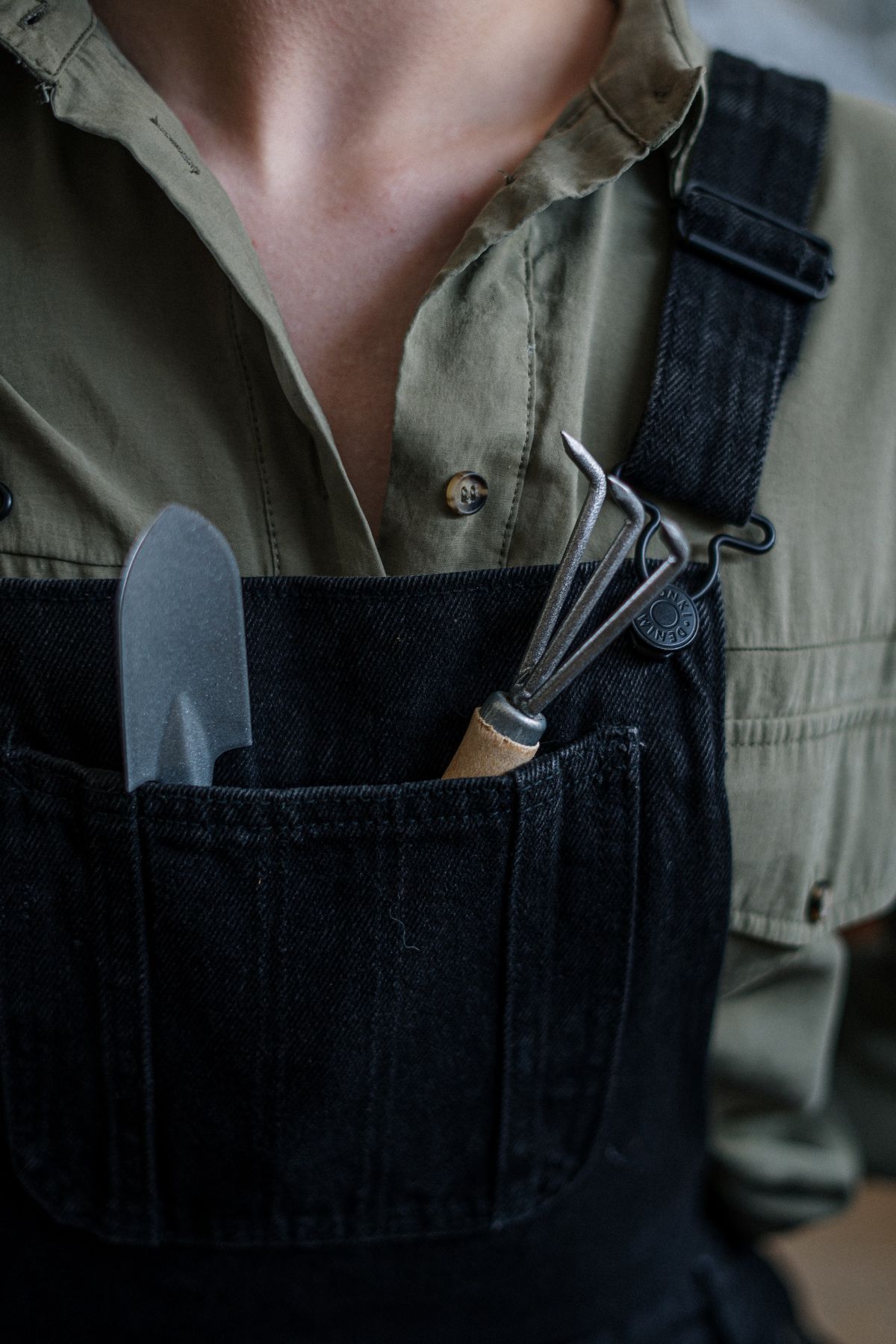 So what are overalls? If you attempt to find overalls from a historical clothing store, overalls could be a lot of things. They could be long underwear or a type of outerwear. But in modern clothing, all overalls are bib overalls.

Within this basic design, bib overalls can be made with any fabric, in any color or pattern you can imagine. You can even have overalls custom-made using your own pictures, if you really want. But overalls took a lot of twists and turns before they finally got here. In fact, overalls are hundreds of years in the making.

Overalls are a simple design that is pretty well refined. But it took a couple of hundred years for bib overalls to really find their footing in the fashion world, so to speak. The first bib overalls were created for the British military to wear around the 1750s. Back then, they were called “slops.” They were loose and rugged, made to be worn over clothing. The overalls were just an extra layer to provide protection while tending to the toughest work tasks. And they were perfect for it. Overalls quickly became a hit with civilians who had dirty jobs to do, too, notably farmers in the U.S. Overalls became their fashion of choice in the late 1700s and 1800s. 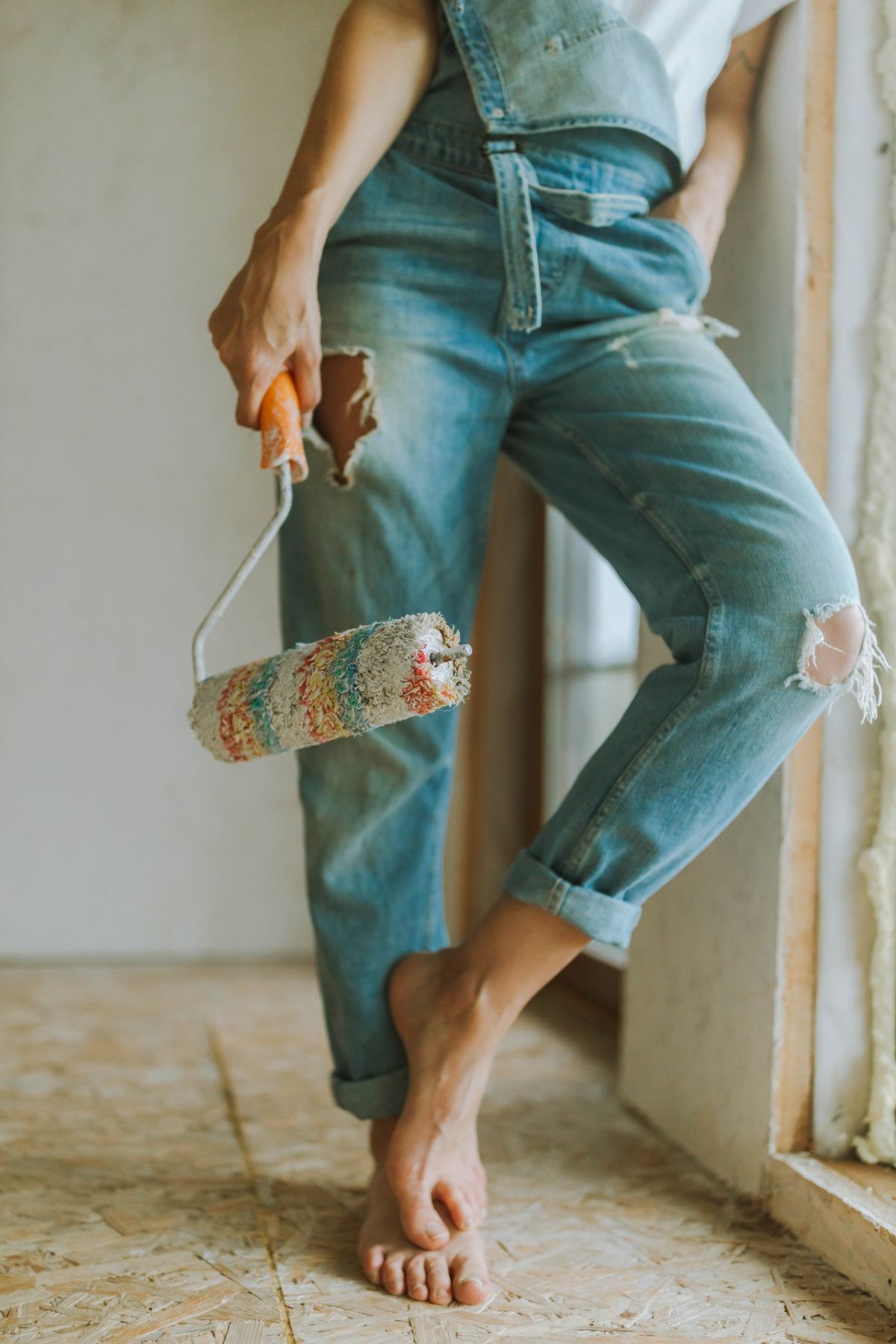 By the late 1800s, many clothing manufacturers were making overalls to sell to farmers, ranchers, miners and people with other tough jobs who needed tough clothing. Levi Strauss & Company, Lee and Carhartt were all making their own bib overalls designs by the early 1900s. Bib overalls were a huge part of fashion and they had become one of the most worn, go-to garments in workwear.

Overalls were big in farms and ranches and other tough work environments. In the early 1900s, they became popular in factories, too. Overalls were a perfect work garment because they were tough, they were comfortable and they protected shirts from the debris and grime on the job site.

But in the late 1900s, overalls broke free of job sites and became hot, trendy streetwear for the first time. Starting in the 1980s, overalls became cool. All the hottest recording artists were wearing colorful, oversized overalls, usually with one strap undone. Denim overalls in all different washes became popular in the 1990s. Overalls have never really been out of style since. Fashion designers have created their own super expensive versions and all the trendiest celebrities still wear overalls and post their looks for all to see on social media.

Once bib overalls became cool, they never stopped being cool. You now see them all the time in all kinds of different designs, styled into all sorts of fashion looks. They’ve even been worn on red carpets.

Bib overalls are also still very popularly worn as workwear. Common workwear styles are made in cotton duck, denim and other tough fabrics. Overalls that are worn for work are still close to those same styles from centuries past.

So what’s the difference between overalls and coveralls, other than one letter of the alphabet? Overalls were once made to be worn over other clothing, including pants, but in modern designs, they’re worn as pants all by themselves. Sometimes, you might wear shorts under overalls. But coveralls are always made to go on over a full pair of pants and shirt. Coveralls are also completely closed, whereas overalls have a much more open design. 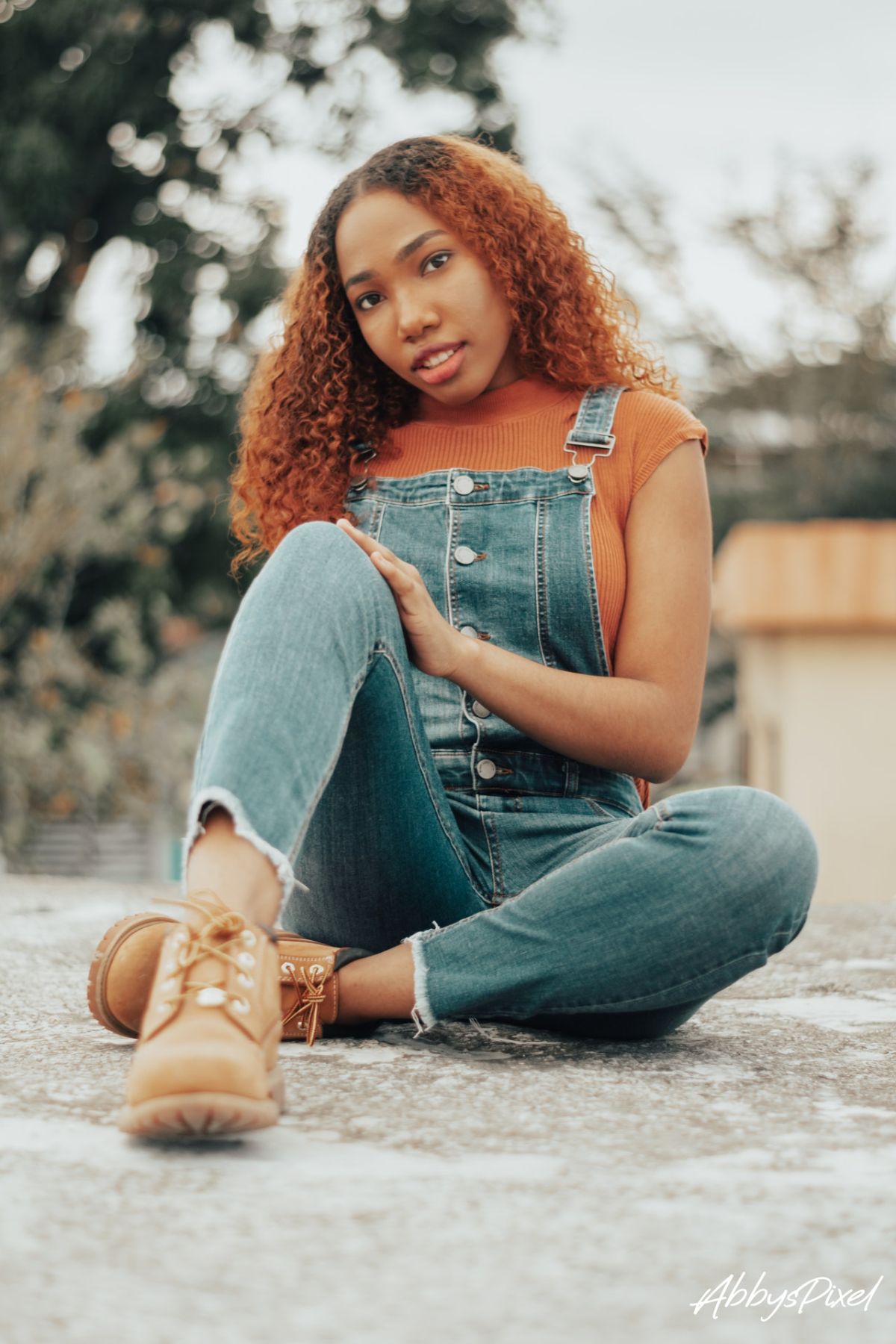 Overalls are completely open on the sides and also sleeveless and collarless. Even the back is not completely covered in overalls but coveralls have long sleeves and a collar. They are made to cover the entire body from neck to ankle to wrist. That’s why they’re called coveralls. They cover all of your clothes and your body. Coveralls provide much more protection than overalls. However, overalls are easier to move around in and much cooler to wear in hot environments. Both types of work gear have their advantages and disadvantages and the two are definitely distinct.

Bib overalls are still a trendy look, whether you’re wearing them for work or for style. There are lots of different ways to play around with overall looks. Play around with different styles and find out if you’re an overalls-wearer, too. You might love all the different looks you can create with overalls. 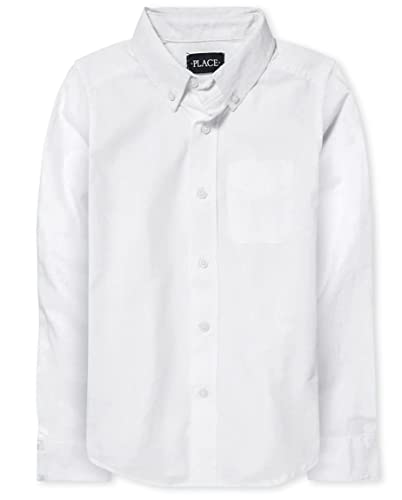 Create a simple, classic overalls look by pairing denim overalls in a lighter wash with a white, collared button-down shirt. Roll up the sleeves and finish with no-show socks and canvas tennis shoes or loafers. This is an effortless, classic style that blends casual elegance with casual cool. It’s a great look for any casual daytime activity. 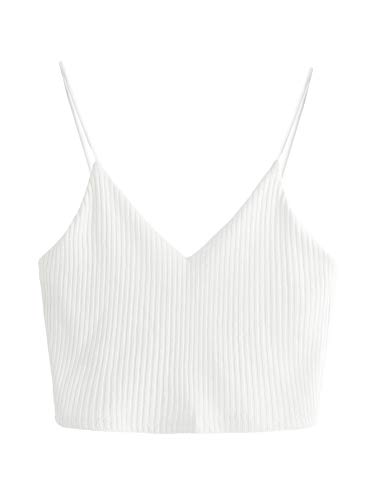 Show a little skin and pair your overalls with a crop top. Khaki or light-colored overalls in a lightweight fabric is a perfect summer look when you pair it with a cropped top and sandals or low-cut tennis shoes. Loose-fitting overalls will allow plenty of airflow to get to your skin even on those hot summer days. 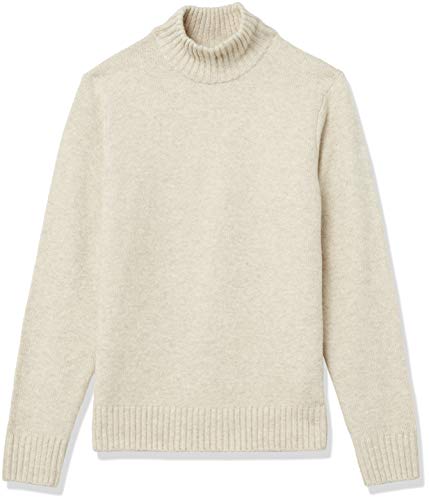 Take on winter weather and rule winter fashion by wearing a turtleneck sweater under your overalls. Play with different color combinations to create some fun contrasting and complementing looks. If you’re unsure bout color matching, go with a monochrome look or stick to two colors only. Finish this winter-ready look with a pair of boots or sneakers and you’ll be ready for any daytime or evening casual activity. 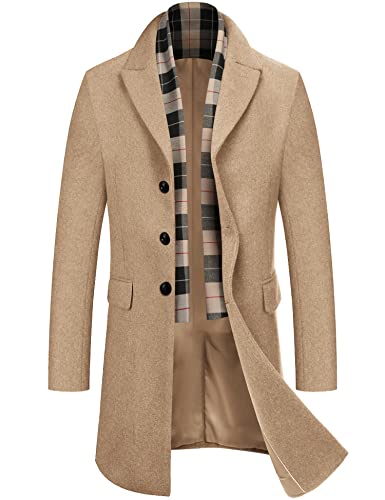 Make overalls elegant and fashionable by wearing a pair of cropped overalls with boots and a long-sleeved shirt. Top this with an overcoat and you will look very cool and classy and elegant and stylish, all at the same time. Top the look with a hat or a pair of large, dark sunglasses and you will be ready for all kinds of daytime casual gatherings. 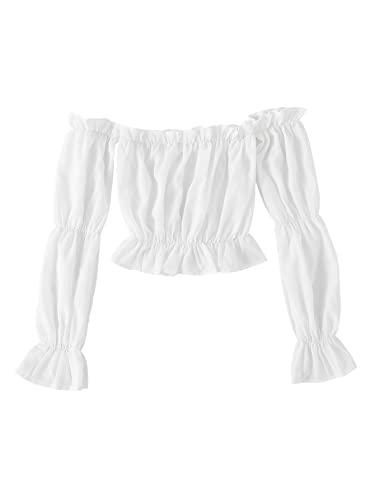 Create a glamorous retro look by wearing your overalls with an off-the-shoulder blouse or sweater. This paired with high heels or loafers will create a glam, high fashion retro look that’s ready for any daytime or evening casual activity. 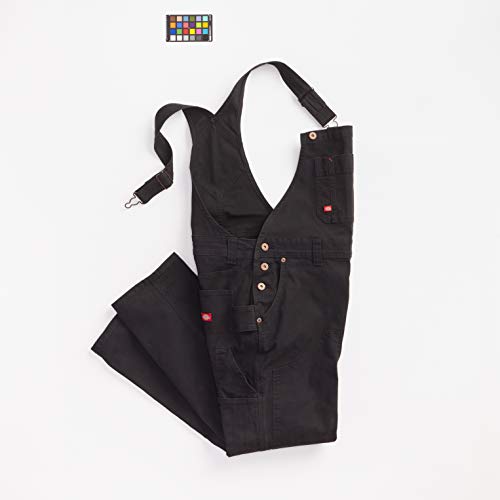 You can always style a look that makes it appear as though you’re wearing only overalls. A cropped sleeveless top, like a bandeau, will hardly show under your overalls. This look doesn’t even reveal all that much of your body but it’s got a lot of sex appeal because it appears as if you are only wearing overalls. It’s a hot look for either men or women, though men can simply wear their overalls with no shirt at all.

What Are Bib Overalls?

So what are bib overalls? They’re an ever-evolving piece of fashion that has been in the military, on the farm, in the mines and on the high fashion runways. They’ve appeared in movies and in factories. They have been worn by Rosie the Riveter and sex symbols across multiple decades. They are easy to wear and when you have a few good ideas to work with, they’re easy to style. Play around with wearing bib overalls and see how stylish they can be on you.

Marie Claire – How to Style Denim Overalls: A Guide