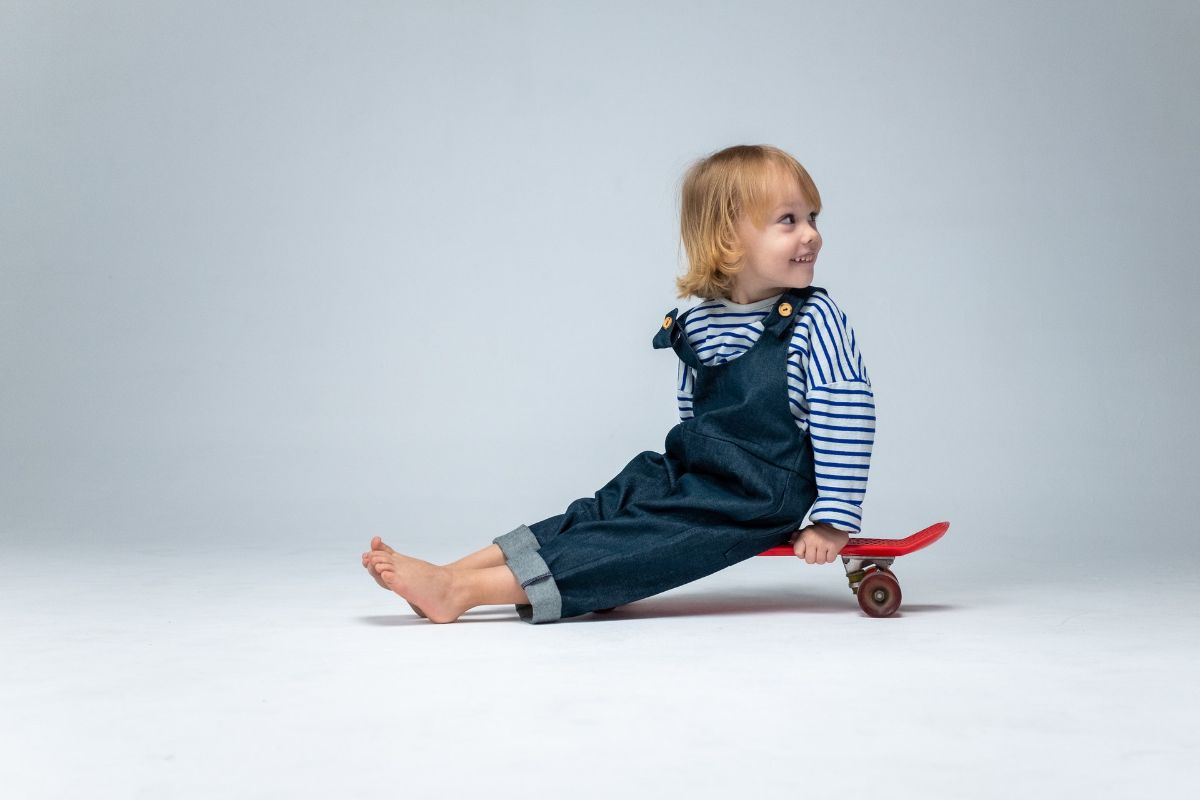 You’ve probably seen lots of overalls in your life. So many, in fact, that you don’t even really know how many times you’ve seen someone wearing overalls in your life. But when you really think about overalls, aren’t they sort of silly? They’re pants attached to a bib attached to straps that go over your shoulders. What the heck? What’s the purpose of overalls, why does everyone wear them and why are they so trendy that all sorts of celebrities wear them?

What’s So Great About Overalls?

Why do people like wearing overalls anyway? It’s a sort of weird design and frankly, haven’t overalls been worn to death? Everyone has been seen in them already. There are even video game characters who famously wear them! Overalls have become an icon all by themselves. But…why? 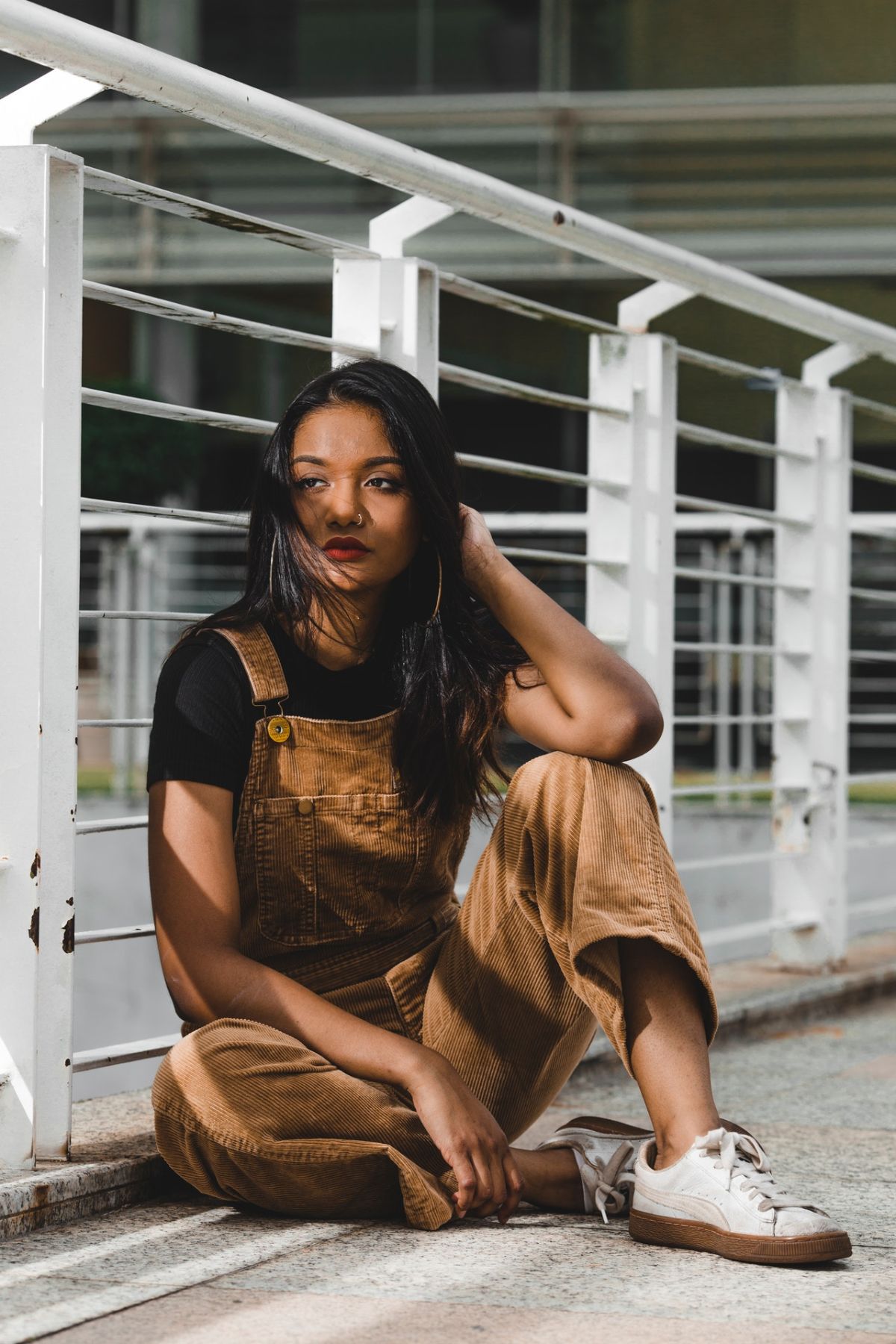 Overalls are kind of a great design, too. First, they’re comfortable. Overalls leave your arms and sides free and open so you can still move and twist and bend naturally. They give you a complete range of motion. You can squat and move and flex in overalls, which makes them easy to wear for a variety of tasks and activities.

The open design of overalls also provides airflow so you can wear them without getting too hot. But they are an extra layer, so you can add them to give yourself more insulation when it’s cold out. Overalls can be winter or summer wear, and not too many items of clothing can make that claim to fame.

The adjustable design and the way overalls are made means that they can fit all sorts of different body types. Anyone can wear overalls, no matter what size they are. From petite bodies to tall bodies, everyone can find overalls that fit and feel comfortable while wearing them.

Another cool thing about overalls is the pocket space. That bib that is sort of weird is actually super useful, because the bib of overalls also has pockets or a single pocket that can be used to hold things, like small tools. Extra storage space is always great, whether it’s in your kitchen or in your outfit.

Who Came Up With Overalls, Anyway? 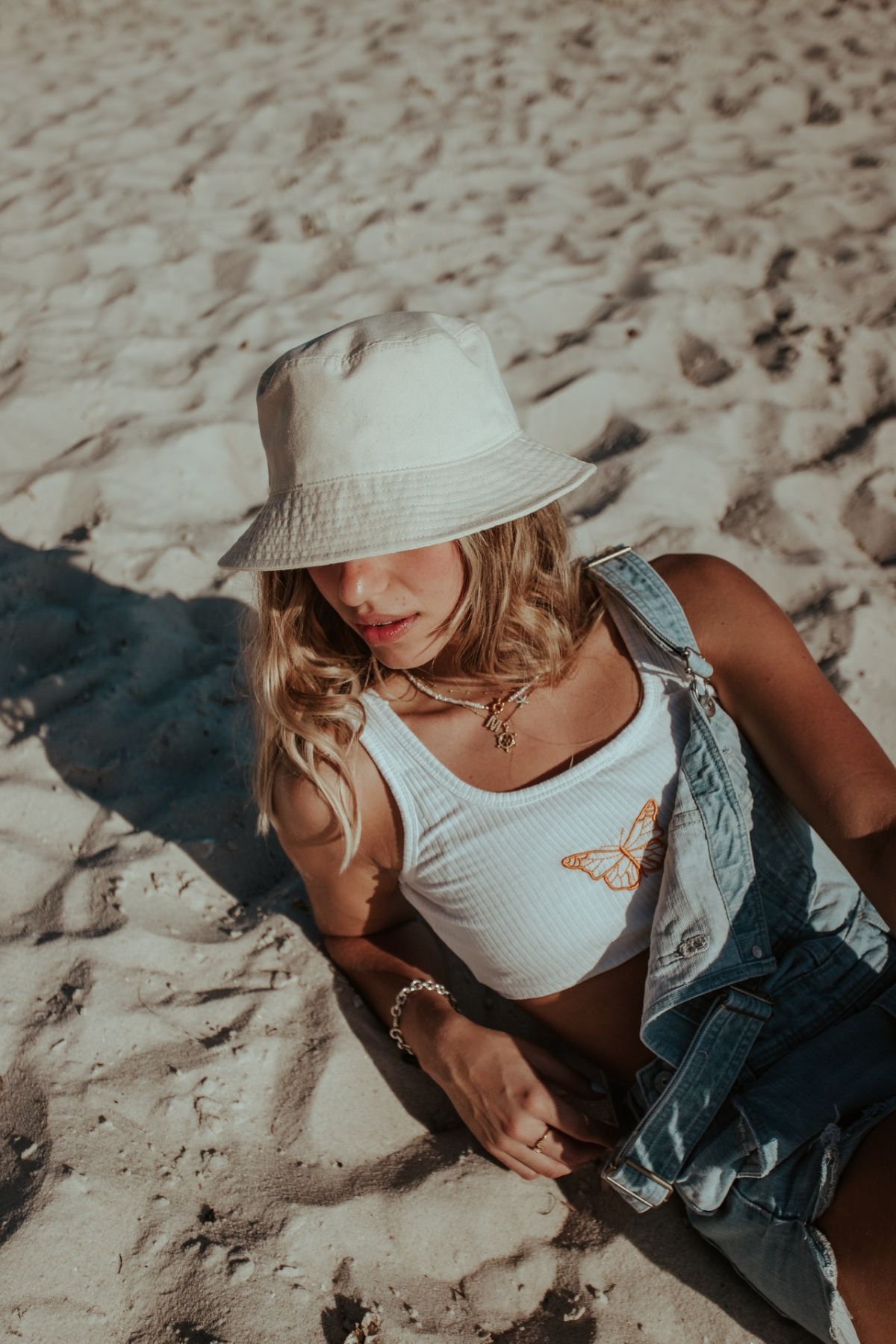 Overalls spread through Europe and made it all the way to America, where there was no shortage of tough jobs to be done. Overalls soon appeared in the wardrobes of miners, farmers and builders. They were seen widely on ranches and in mines, because overalls protected shirts and clothing underneath the overalls from dirt and grime on job sites.

Overalls were already part of U.S. fashion in the 1700s and were worn by farmers, miners and others with tough jobs all over the country. But these overalls were somewhat crude compared to more modern designs. They were loose-fitting and they were made to be worn over other work clothing, serving as a protective layer rather than a standalone garment. 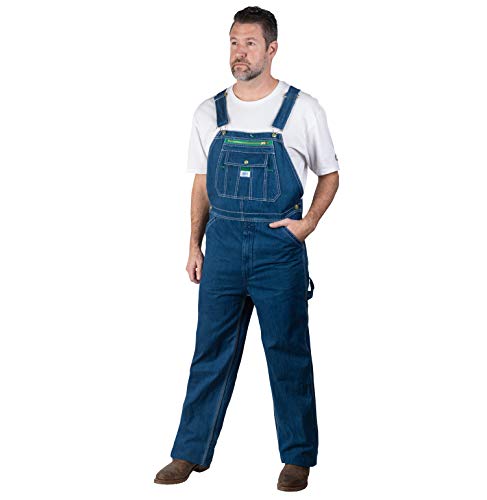 For a while in the 1800s, overalls were sold in two pieces: the pants and then the bib that was attached to them. Mostly, people made overalls themselves or had them made by tailors, as was common in clothing at the time. Most clothing was made at home or in specialty shops, not manufactured on a large scale. 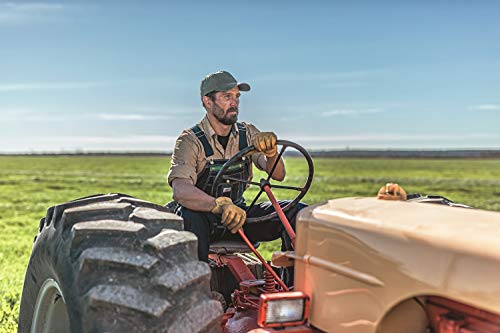 That is, of course, until a man named Levi Strauss changed that. Together with a tailor named Jacob Davis, Strauss helped create the design for blue jeans. Specific innovations, such as the copper rivets that reinforced stress points and the denim fabric that became such an iconic feature of jeans, set these work pants apart from others. Blue jeans became the workwear of choice for ranchers, farmers and miners across the U.S. after the jeans were patented by Davis and Strauss in 1873. 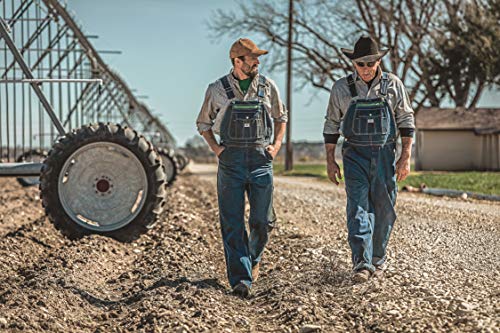 But what about overalls? After finding tons of success with jeans and making several different styles for the increasingly famous pants, Strauss got some competition. The man behind Lee jeans wanted to do for overalls what Strauss did for work pants. He refined the already-classic overalls silhouette. He made the fit a little slimmer, so overalls could be worn as pants with a bib all by themselves. He added pockets on the bib. 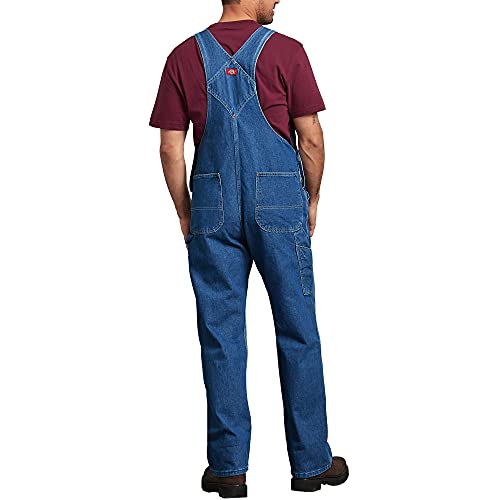 Of course, he used the denim fabric that so many workers were loving. And he made the design all a single piece, with the bib attached right to the pants. In 1921, Lee jeans started to mass-produce bib overalls. Soon, this more modern style, and the others that would copy it, swept the nation and filled closets everywhere. The overall silhouette was defined, streamlined and now widely available in durable denim material that made it so perfect for all sorts of different working conditions.

In today’s modern times, overalls are still popular with workers. They are worn frequently by plumbers, railroad engineers, mechanics, painters and working professionals across all sorts of different fields, especially in jobs where you can’t be too afraid to get your hands dirty. Anything that might get your hands dirty will also get your clothes dirty. And from the earliest days, overalls were made to get dirty and take on all the tough tasks. 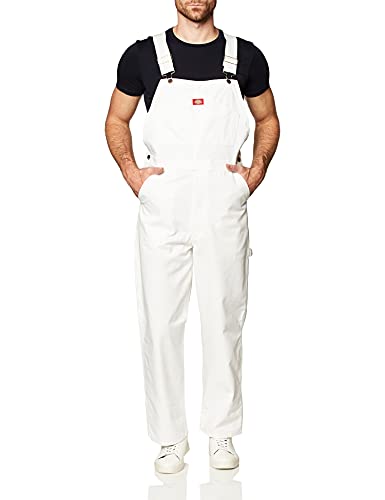 Overalls have been heavily refined over the years to make them even more suitable as workwear for all sorts of different professionals. Some designs are flame-resistant to protect welders from flying sparks that would otherwise be extremely dangerous. Some designs are insulated to protect workers who must work outside on cold days. Water resistance is added often, because if you work outside you’re going to be exposed to all sorts of different moisture. You can even find overalls made for fishers.

Artists wear them, too. You can find overalls on sculptors, painters, all types of people who work with their hands in any way whatsoever. The legs can be rolled up to make them shorter, the straps can be adjusted as needed, the durable material used to make them can be cleaned easily. And even if overalls do get stained, it pretty much just adds to their overall character and look. Overalls look even better with patches and stains and interesting little reminders of their history.

Overalls made to be workwear are traditionally made with fabrics that are known for being durable, such as denim, corduroy and cotton duck. They’re often made in heavier fabrics that don’t rip easily.

Where Fashion and Overalls Collide

There are some pretty iconic images associated with overalls. The women of the 1940s going to work in the factories while the men were off fighting in WWII wore overalls. The farmer in American Gothic is wearing overalls in a legendary tribute to the distinct U.S. farmer “look” of that era. But then, overalls broke the final barrier: they became high fashion. 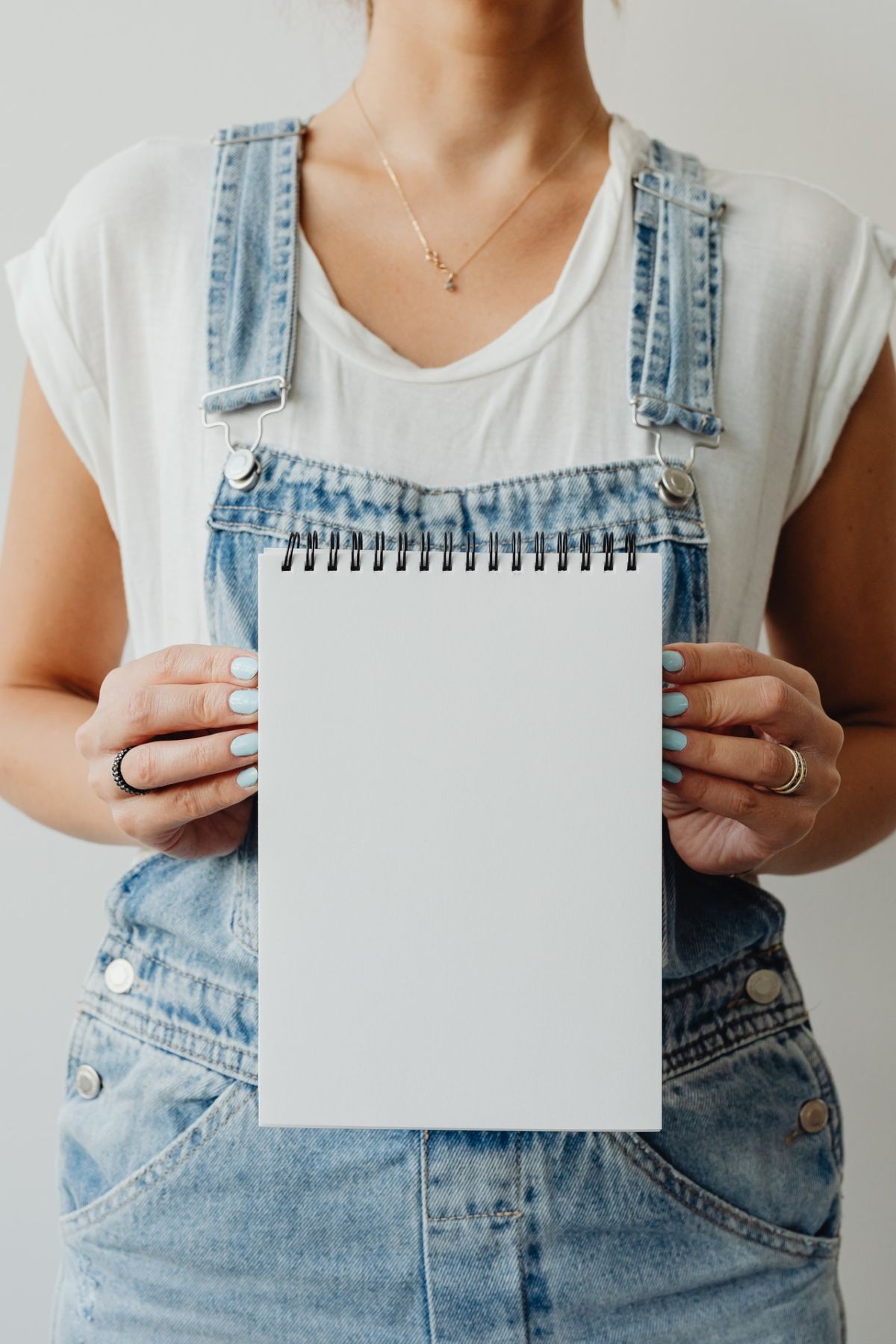 In the 1980s, overalls suddenly became really cool streetwear. Hip hop and rap artists of the day began wearing overalls in lots of bright colors and patterns. It became an incredibly popular look to wear big, oversized T-shirts with overalls, often with one strap of the overalls undone. This look became iconic for the decade and it cemented overalls as a hot fashion staple that was heavily associated with cool style.

In the 1990s and beyond, everyone started wearing overalls. Designers quickly jumped on board and created their own incredibly pricey, high-end styles. Overalls were suddenly made with every type of fabric, from shiny vinyl and form-fitting leather to colorful wool and pretty silk and everything else you can imagine.

Different styles and designs of overalls are now everywhere, and just about everyone hot and fashionable has worn a pair of them at least once. You probably have, too. And if you haven’t, now is definitely a great time to start. It’s pretty clear that the overalls trend isn’t going anywhere anytime soon.

What’s the Purpose of Overalls?

Overalls have gone from farmwear to factory wear to high fashion wear. They’ve been popular with cowboys and celebrities alike. People have been wearing them for over a century to take on tough jobs, to look fashionable, to be comfortable. So what’s the purpose of overalls? This clothing item has evolved so much, it can serve any purpose you want. 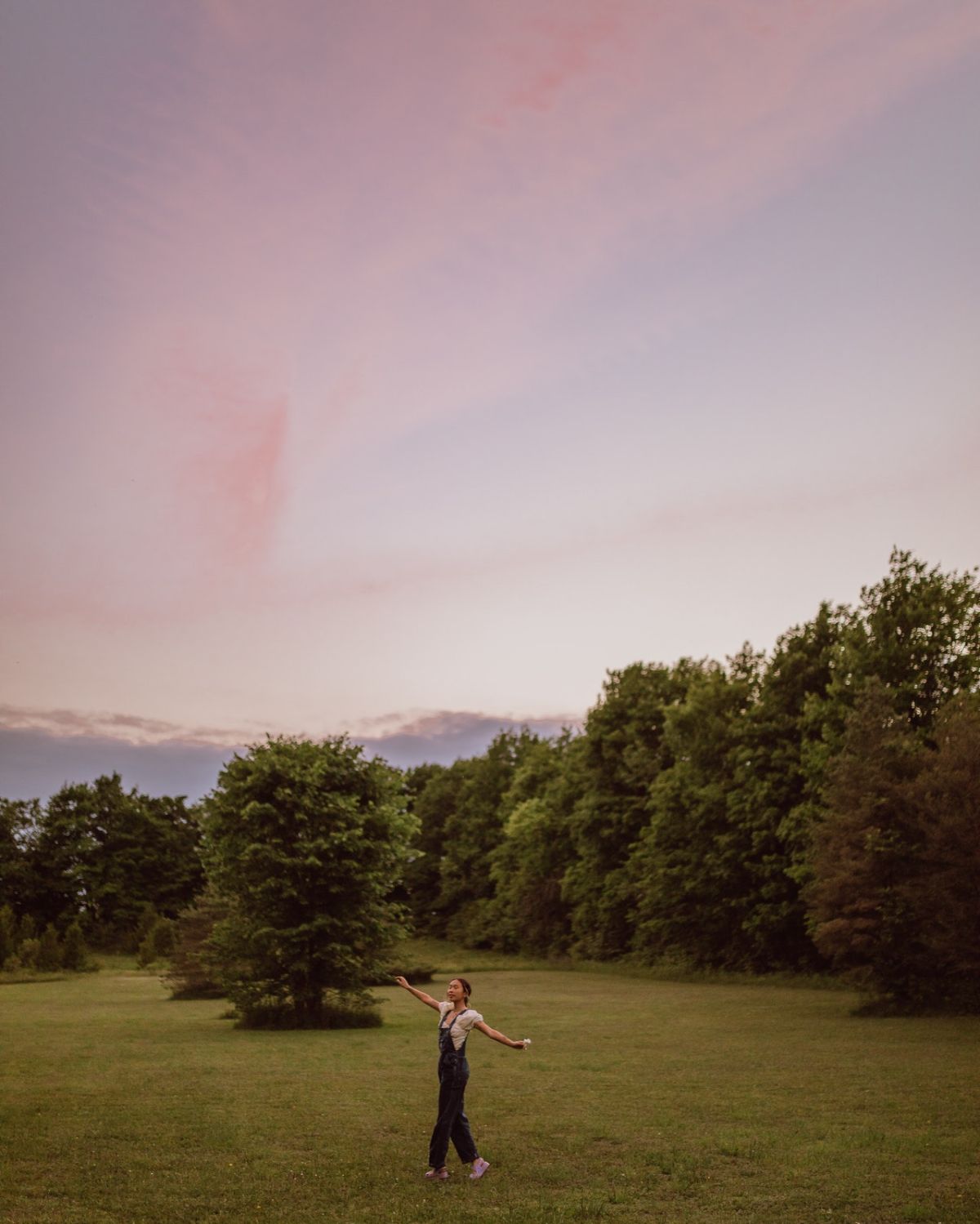 Overalls can be worn as the basis for a cute outfit, they can be worn to protect you while you’re doing a tough job, they can be casual or semi-formal and they can have any style you want them to have. You can play around with all kinds of different overall looks and have lots of fun using this item as a basis for your fashion. Give overalls a try and find out for yourself how much you like wearing them.

Workwear Command – What is the Purpose of Overalls and Why are They Popular?