Skip to Content
The Apple Watch goes head to head with Fossil. Fossil brings some innovation to the table but can it beat what Apple has done? 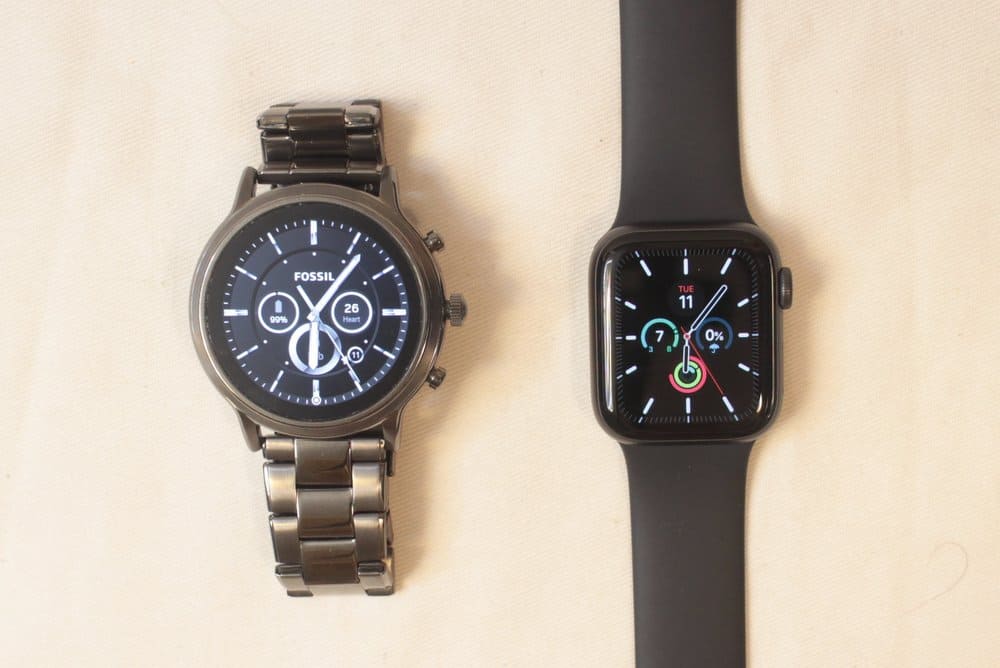 The Fossil Gen 5 Carlyle is built on Google’s Wear OS platform, so they are honestly fantastic because you can use Google’s suite of apps such as Google Maps, Keep and Translate.

Of course, the Apple Watch Series 5 has access to apps with similar functionality. Plus, you get access to your messages, calls and a much better integration with the iOS platform. 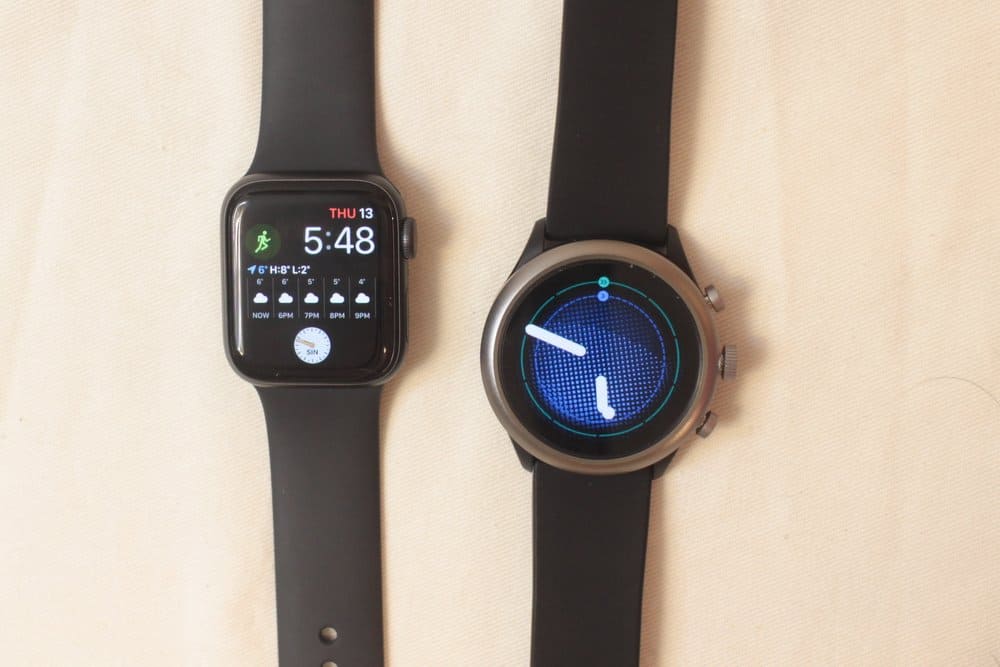 The Fossil Sport Smartwatch is one of my favourite smartwatches in terms of its size, features and price. Unfortunately, it’s also one of my most hated smartwatch because it can hardly last a full day.

I put it on in the morning and by 6pm it’s in power saving mode.

Luckily, it’s one of the lightest and thinnest smartwatches out there. It’s really no heavier or bulkier than a classic Casio digital smartwatch, except with a bunch of fantastic features offered by the Wear OS platform.

The Apple Watch Series 5 is actually waaaaaaaaaaaaaay better than the Fossil Sport Smartwatch because, at the very least, it lasts a full day.

On the software front, I would say both platforms are very competitive. Of course, the Apple Watch has the advantage of superior integration with Apple iPhones.