Apple Watch GPS and Cellular both look the same, but there is a whole different world of happenings internally. This is a conversation about the Apple Watch GPS vs cellular which one should you choose? 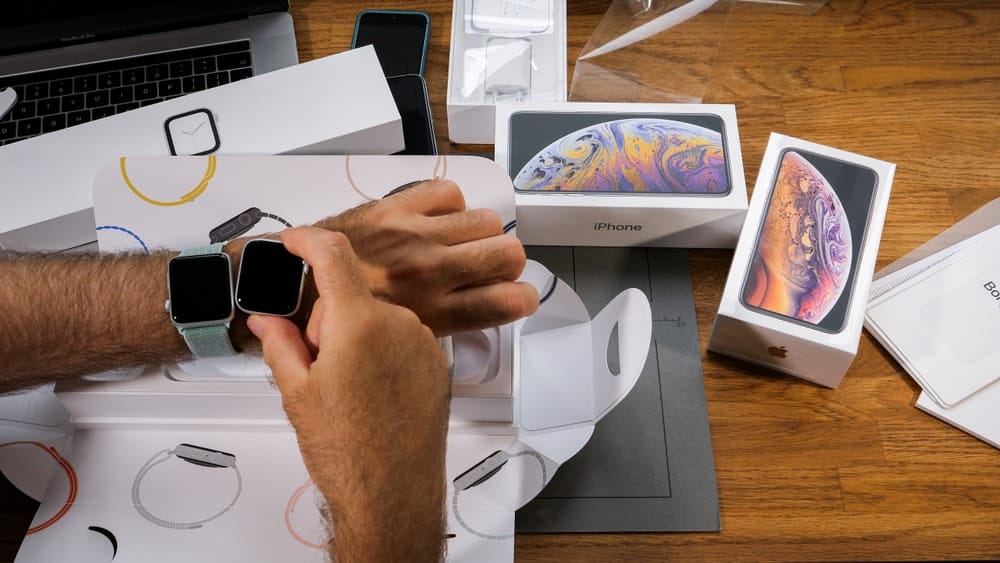 One happens to be the least expensive Apple Watch available and the other one, much less so. You have tons of storage space on one and only a little bit on the other. You get longer battery life and absolute freedom from your phone, but you can make international emergency calls even without a cellular plan on the other.

On the face of things, they both look the same, but there is a whole different world of happenings internally. This is a conversation about the Apple Watch GPS vs cellular which one should you choose?

Considering the price tag associated with most Apple products, there is a good chance that you aren’t willing to “wing it” when it comes to making a purchase. Yes, you can argue that you are going to get the next iPhone as soon as it comes out (read: becomes reasonably affordable), but when it comes to the other associated, often luxurious, Apple accessories, some research has to come into play.

If you are an Apple Watch fanatic and are looking for your next purchase, then going through the arguments concerning the Apple Watch GPS vs Cellular should be of interest to you.

Yes, both are excellent products that will make you look unbelievably cool regardless but make no mistake they are not the same. 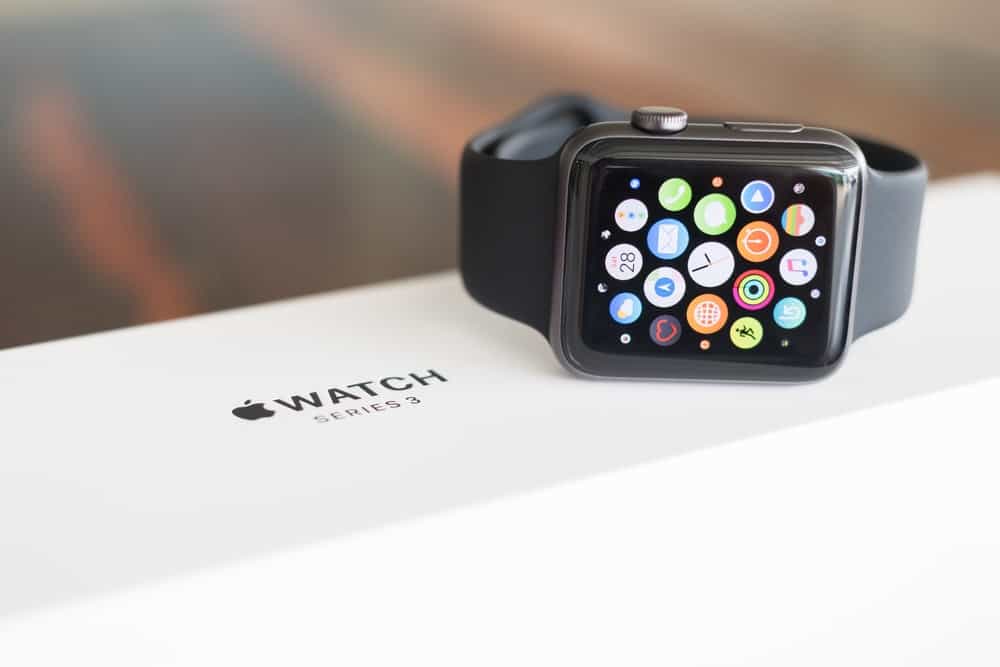 Whether one is better than the other in your eyes depends on how you intend to use the Apple Watch in question. Let’s take a deep dive into both watches and try to come up with a consensus:

The first and arguably most notable difference between the two is that the Apple Watch Cellular allows you to ditch your phone. Granted, they both need you to own an iPhone to set them up, but unlike with the GPS, the Cellular version doesn’t need you to have your iPhone nearby for it to function. That is by far the most significant distinction, but it isn’t the only one:

The Cellular options of Apple Watches Series 3 to 5 come with a bigger case and a bigger display screen. These series of watches include an OLED Retina display, with the Series 5 introducing an LTPO OLED display always-on screen that doesn’t necessarily dig into your battery life.

One of the easiest ways to know that you have a Cellular watch as opposed to the GPS only (apart from the price, of course) is the fact that the Cellular model has a distinctive red dot.

Another excellent distinction as far as design is concerned is that with the older model (Series 3) is that you have limited options when it comes to the build. You only have a Space Gray option and a Silver one. With the Series 5, however, you can quite literally customize the watch to reflect the kind of look you want. 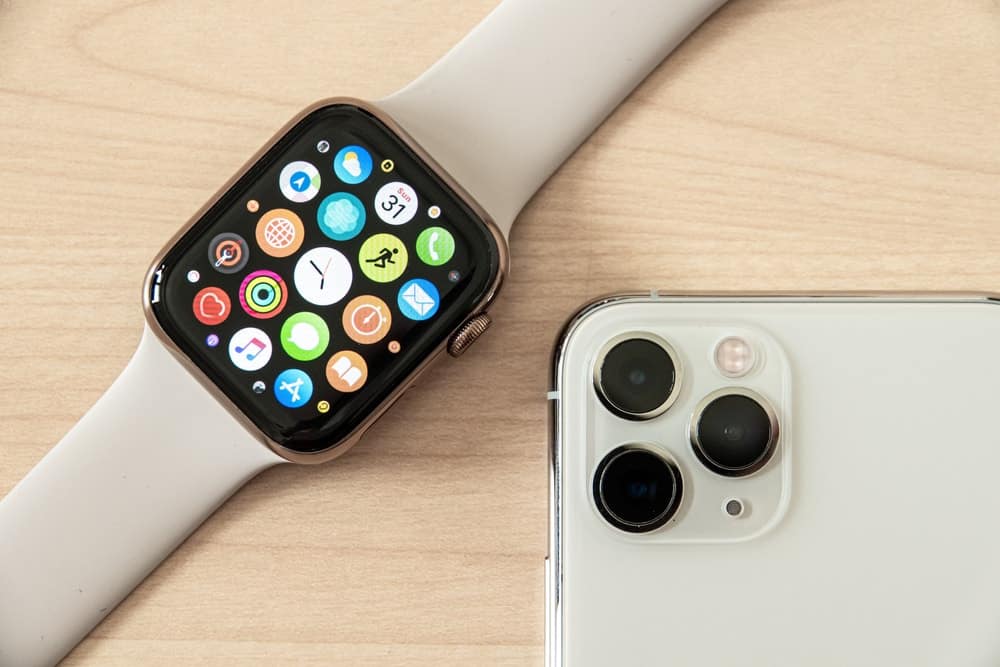 As stated earlier, the GPS only model needs you to have your iPhone with you while the Cellular model doesn’t. Now, this might seem like a superfluous argument because people almost always have their phones with them or around them.

However, some occasions arise when you don’t have the phone with you. Maybe you left it at home, or you might want to go for a run, and you don’t feel like carrying your phone.

With the GPS + Cellular Apple Watch model, you can even choose to leave your phone behind on purpose, and you will still be able to do most of the things that you would do on your phone through the watch. You can:

You can even hang out with Siri. Granted, these extra functions come at an additional cost with most carriers allowing you to add your watch to your plan for as little as $10 every month.

However, this means that if you are the kind of person who never leaves their phone anywhere and always have it with you, then you might not need the GPS + Cellular model.

Every avid cellphone or handheld device user knows that battery life plays a huge role in determining which kind of device they go for in the end. In fact, battery life has been the bane of most cellphone users’ existence since smartphones were invented.

When it comes to battery life, the GPS only Apple Watch is miles ahead of the GPS + Cellular option. Here is how they stack up against each other: 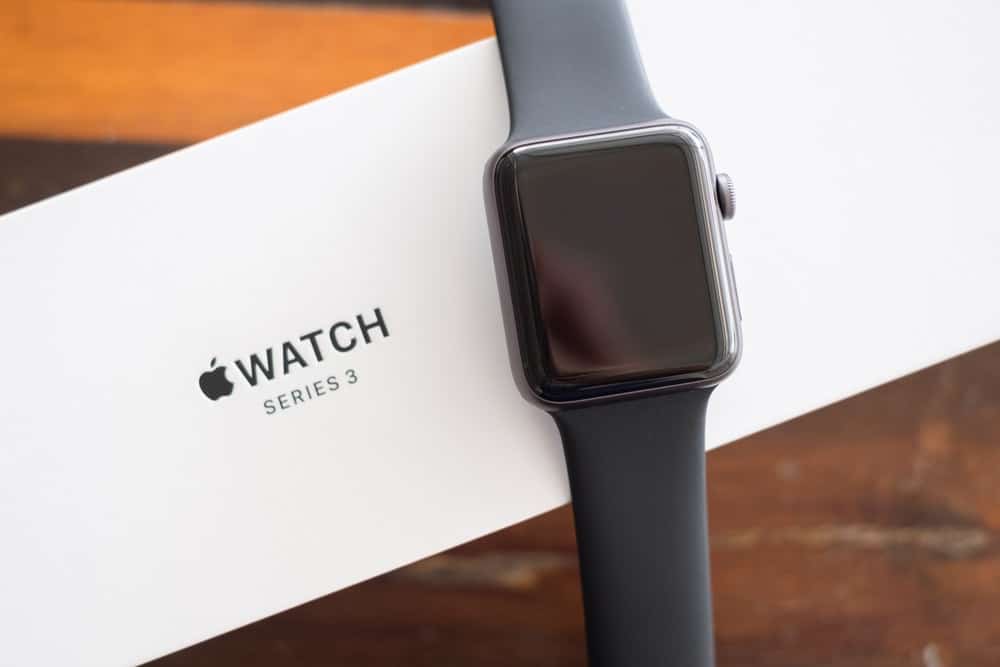 While it’s true that according to Apple’s tests, the GPS only model of their watch can do 18 hours when connected to the iPhone via Bluetooth while the GPS + Cellular option can only do 4 hours over LTE, but another 14 when paired using Bluetooth.

That might not be that much of a difference, but there is a real issue when it comes to outdoor workout and audio playback. There is no Apple Watch GPS vs Cellular in this regard. The GPS only version is the clear winner here.

Granted, the total battery life you can get will vary with how you use your phone, but it’s good to know that on the face of it, the GPS only model has better battery life. 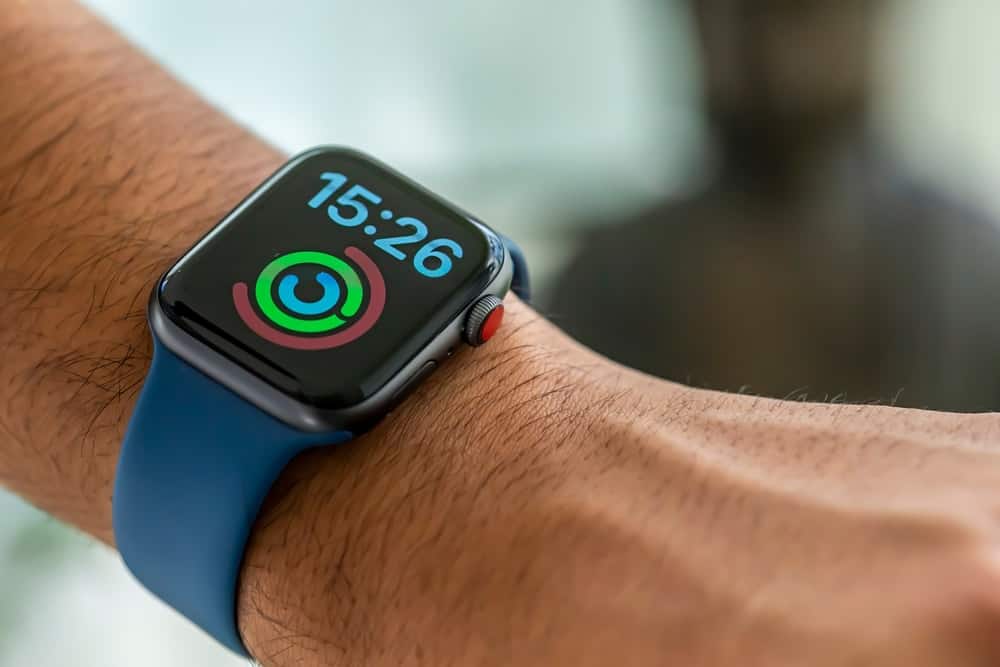 There is no distinction between these two watches as far as storage space is concerned if you stick to the Series 5 models. However, things become very different when you go for the cheaper Series 3 models. In which case, GPS + Cellular is much better.

Yes, you can still stream songs from Apple Music on both the Series 3 and the Series 5 models (either GPS only or GPS + Cellular) without needing to have your phone on you.

The only difference is that if you want to listen to music without your phone when using the GPS only model, then you have to download those songs in advance and store them in your watch’s internal storage. Which, as we have already seen, can be problematic because Series 3 GPS only has 8 GB of storage.

However, the good news is that you can still skip songs and rewind them if you are listening through your phone when wearing your Series 3 Apple Watch. But that will mean keeping the phone with you.

Then, of course, there is the issue of compatibility. With the Apple Series 3 GPS, you need to have a phone with iOS 11 or newer while the GPS + Cellular version requires you to have at least an iPhone 6 as well. The Apple Series 5 watch won’t pair with anything lower than an iPhone 6 running iOS 13 and above.

As you can see, if you don’t mind the difference in price and you put your Apple Watch to good use, then it might be a good idea to get the Series 5 Apple Watch GPS + Cellular model even though it doesn’t have as stellar battery life as its counterpart.

One of the benefits of having such an Apple Watch GPS vs Cellular comparison is that you get to see what exactly you will be getting and decide why you need the Apple Watch. Your specific needs should inform your purchase.