Skip to Content
It's simple to see how the bracelet's significance could be a story as old as time. Although the inner meaning has varied over the years and civilizations, the popularity of wearing them has remained. Let's take a look at how bracelet symbolism has evolved. 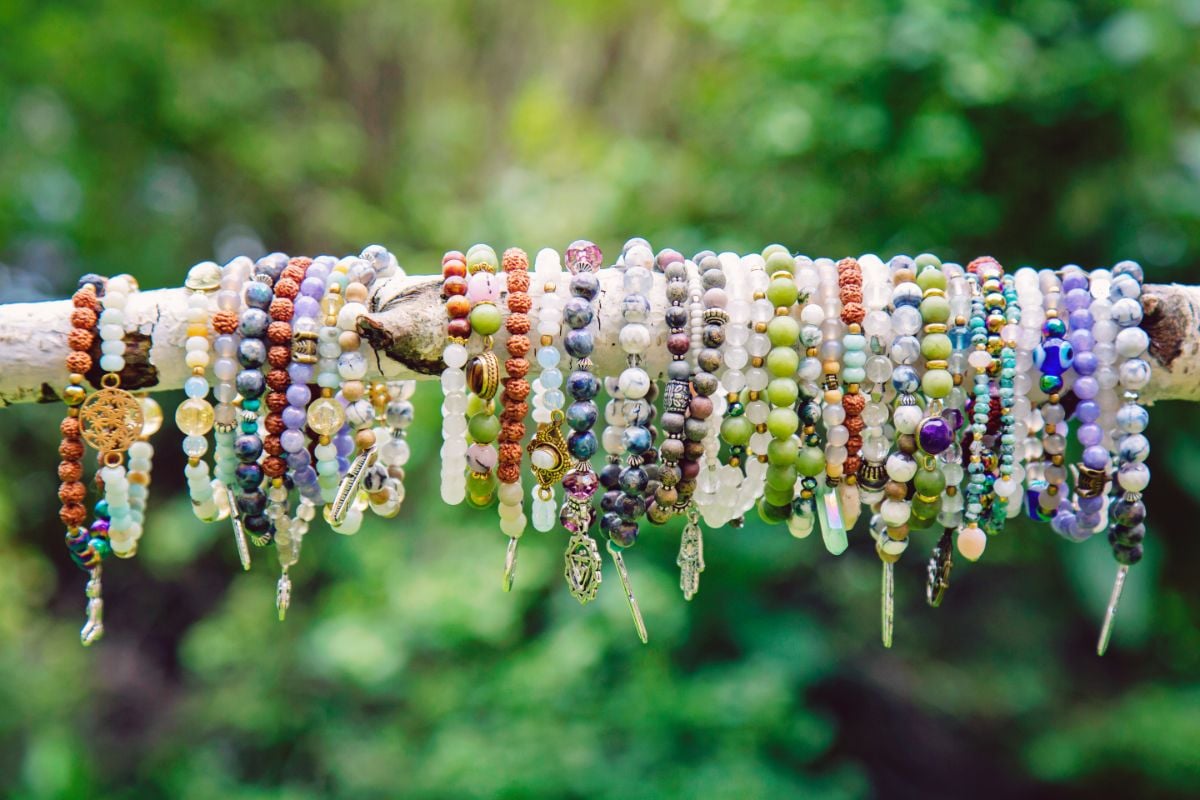 Long before the first drawing that we would find in modern times was etched onto a wall of a Sulawesi cave, there was another type of significant artifact being made. Over 20,000 years earlier, to be exact-ish, was a desperate time for newly budding humanity. In its so-called infancy, people as a whole were already dying out.

Thanks for that is mostly attributed to a supervolcano in Indonesia. After its eruption, the planet was thrust into an ice age. That drastic climate change sparked a chain reaction of survival of the fittest, shrinking the global population to several thousand.

What better time to make something to bind those who were left to roam the earth? Yes, desperate times called for creative measures and this was around the timeframe bracelets first hit the scene in human history. It was the bracelet discovered in the late 2000s from a Siberian cave that made us rethink these early civilizations and how far along they were in technology.

This ancient piece was made of chlorite and had such precise holes drilled that it could easily be confused with more modern equipment. The green color and shape could be mistaken for a bracelet you would see being worn out in the wild in this century.

With that kind of outstanding history, it’s easy to see that the bracelet’s significance could quite literally be a tale as old as time. That deep meaning has shifted over the centuries and cultures, but the popularity of wearing them has not. Let’s take a look at how the symbolism of bracelets has evolved. 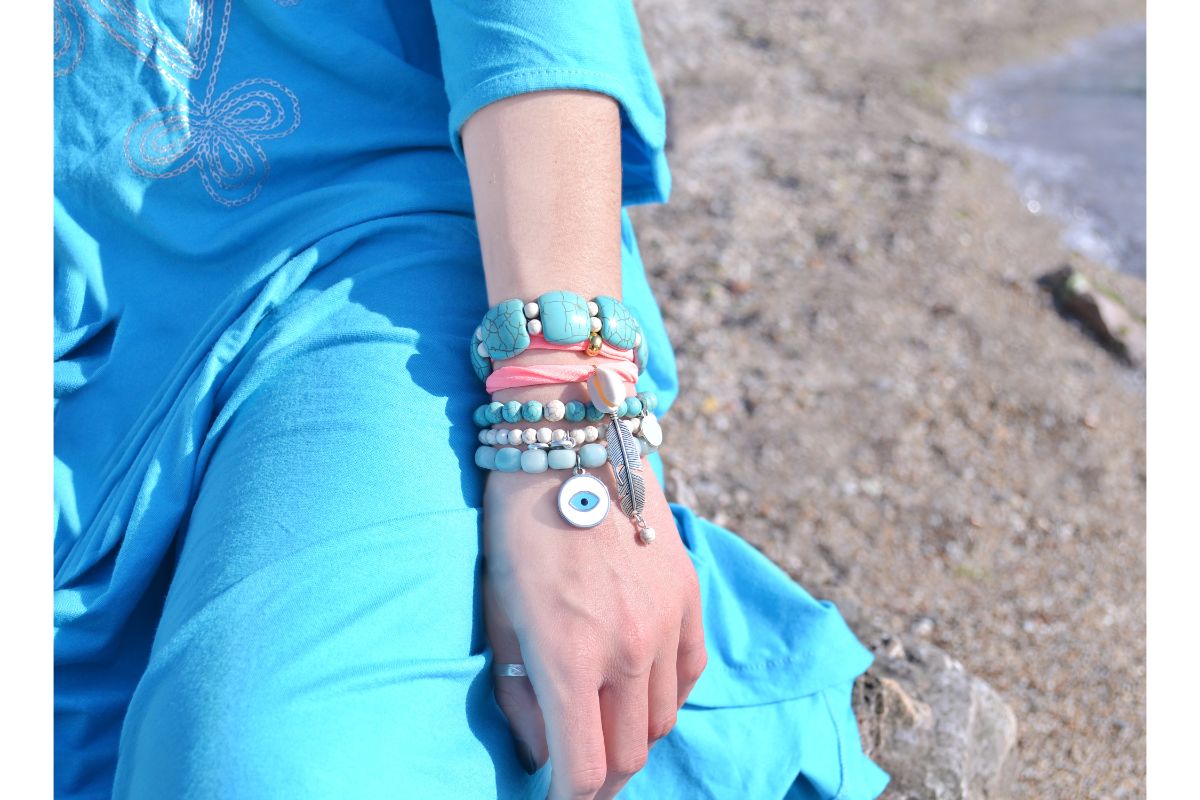 We can all think of occasions where bracelets are a go-to gift. Whether it be a holiday, anniversary, or even celebrating a childhood bond, getting a bracelet is viewed as a sweet sentiment. I can definitely recall the Scholastic Book Fairs in elementary school with packets detailing the how-to of designs you can make yourself, starter thread included.

For weeks after purchasing the manuals, kids would use their free time to braid their way into their best friend’s heart. But what other meanings have bracelets represented over the years?

What has a longer history than bracelets? Fear. As long as people have been around, there has been something to be afraid of. That has a lot to do with why there are stories about everything as mystical that we have a better understanding of today. One ongoing fear has been evil. One way to protect oneself from it is by wearing an evil eye bracelet. What can happen if you don’t wear one?

If you want to protect your life, wear it on the left wrist. If you want to protect aspects of life, it goes on the right. There are also a variety of colors to choose from, all having different implications. These originated in Greece around 3,300 B.C.E. but have spread across the world into religions such as Judaism, Hinduism, Buddhism, Islam, and beyond. 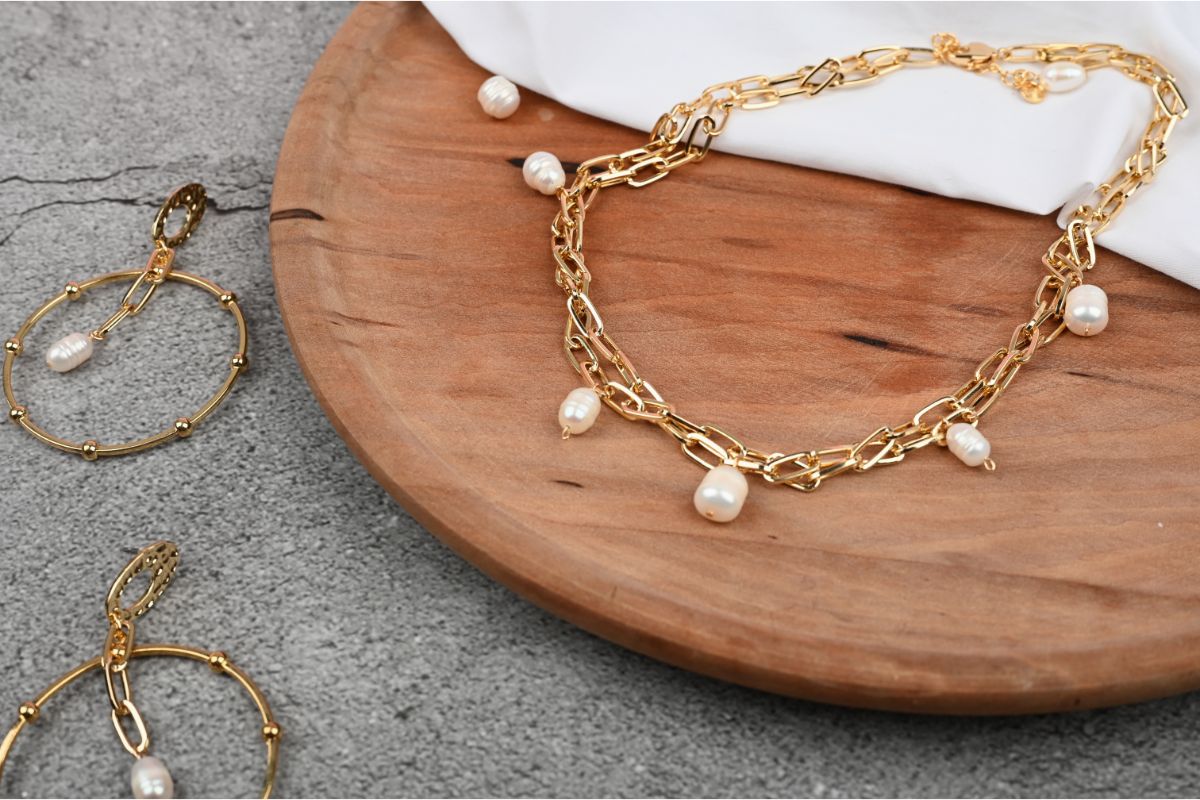 Natives of the Balkan peninsula are perhaps more excited than most for winter to come to an end. For hundreds of years, locals have made sure to have their red and white bracelets ready to usher in spring. Not only is it about a season change, but this bracelet also brings good luck and protection as trustworthy as May flowers.

Charm bracelets have been worn for thousands of years. People of both sexes found them useful to tell a story about their identity. Interpretation by the viewer would be easy, depending on what was in the charm.

Common charms indicated what someone did for work, their religion, political ideology, community association, and so on. The technique and materials may have been refined over time, but the general idea of having symbols put on charms and looped together on a string to wear is still the expectation. 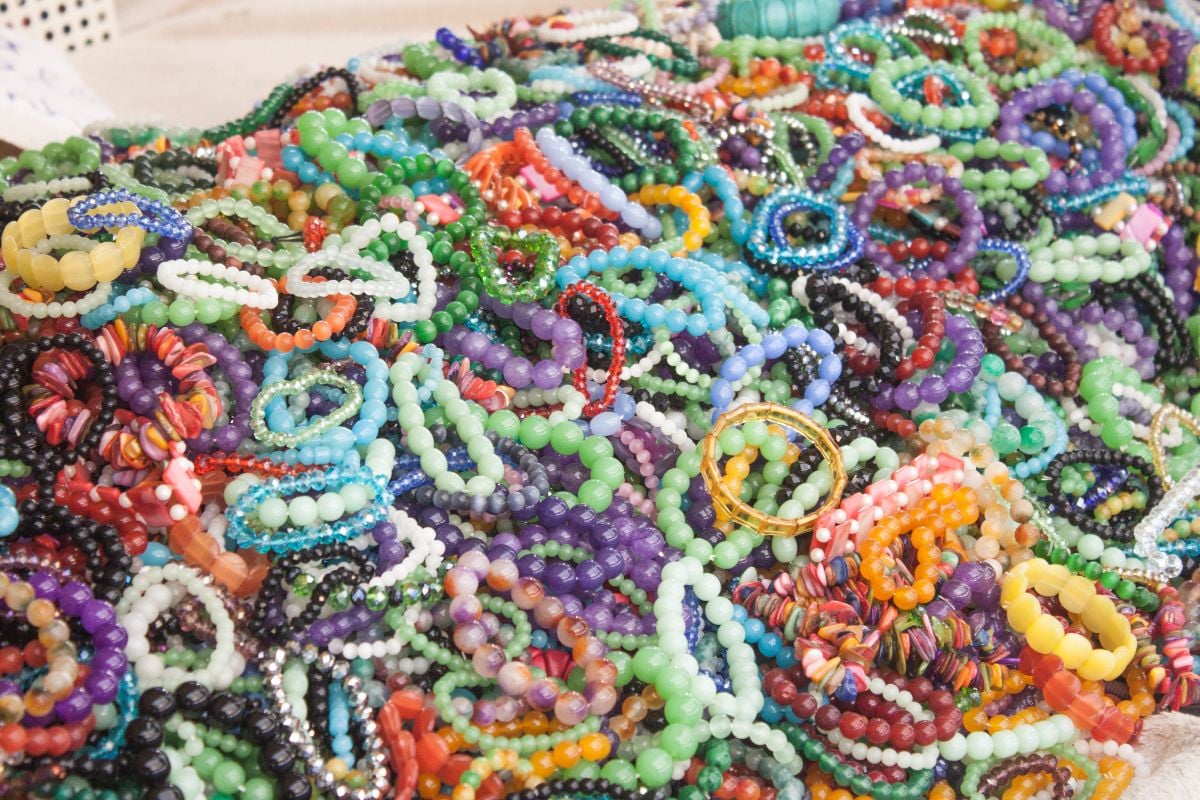 A dream is a wish your heart makes when you’re wearing a string. Bracelet, that is. For the past two centuries, Brazilians have invested in Bahia Bands. These bracelets are tied around the wrist and include three knots that are the embodiment of three wishes.

Once secured, the string or ribbon must stay on until it falls off naturally. It is at that point that the wishes are set to come true. Brazilians still enjoy these and believe them to be good luck.

Do you know what goes great with red? Gold. At least that’s the tradition in China when in-laws are happy with a new couple’s union. While the bride gets ready in her extravagant red dress, which stands for happiness and prosperity, she is given gold bracelets as a welcome-to-the-family gift from the groom’s parents. 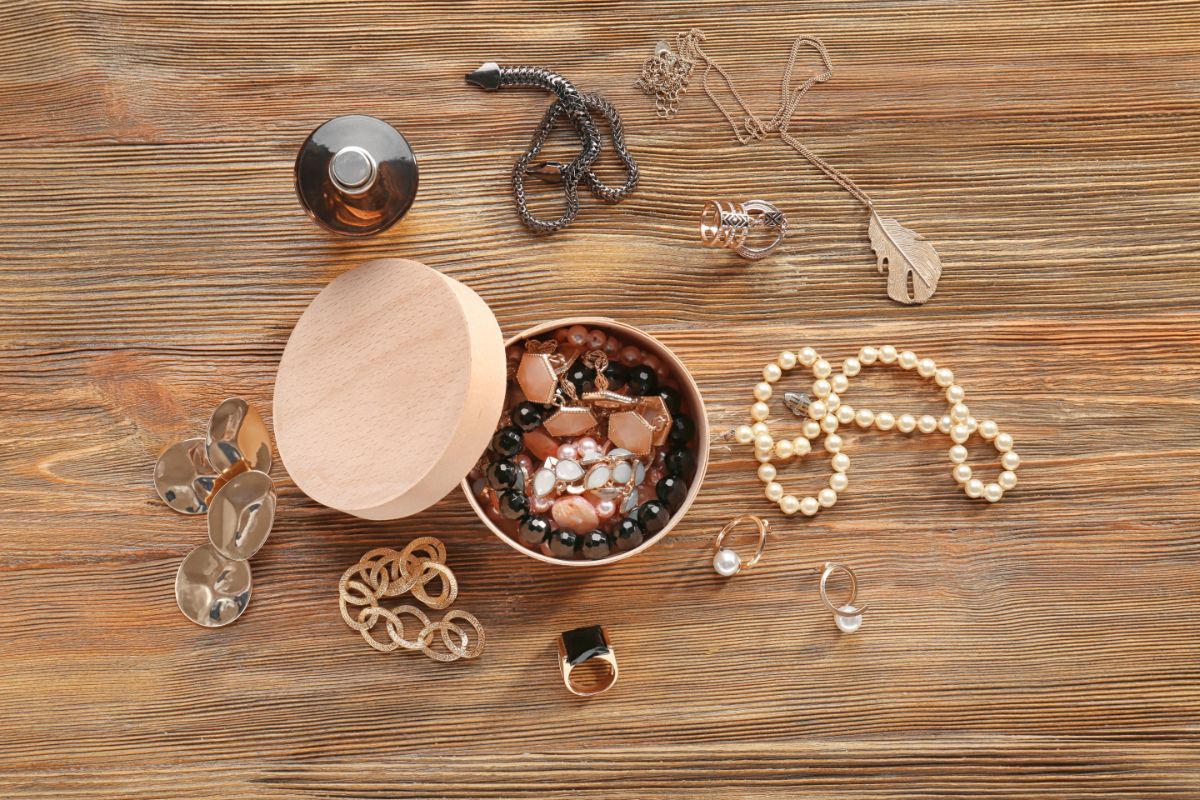 More elaborate materials started being showcased in bracelets starting around 4,000 years ago. Sometime after that, gemstones were incorporated for various needs. Later, your birth month gemstone was incorporated. Each month has a gem associated with it and by wearing that stone on a bracelet you are attracting that attribute to you. Some birthstones and their meaning include:

This is less an intangible symbol and more advancement in technology, but there is now jewelry that looks stylish and keeps you from getting burnt. Wearing it does not take the place of sunscreen, but it does alert you to how your skin is reacting to the outdoors.

Bloomingdale’s reported that the bracelet, “Measures your sun exposure and gives you real-time personalized advice on how to protect your skin from skin-aging UV exposure.” The meaning of this bracelet type? I value my skin’s health.

Okay, we’ve really dug up some beautiful and, at times, thought-provoking ways bracelets have had an impact on society. As far as fashion goes, these accessories are just as important currently as when they were first made before fashion existed. Some of these have cultural significance and are worn for these enduring reasons still today.

As Wristco pointed out, “Bracelets have, throughout history, held a great significance for both secular and religious circles.” Hopefully, that continues long into the future.

A majority of people see these as mere gifts without any idea of their symbolic origins. So, now you’ll be able to pass on some old-world knowledge next time you encounter one yourself. Below is a list of the most popular types of bracelets you’ll find on the market.