Skip to Content
Let us take a close look at the Homburg Hat and the Fedora Hat to determine which is a better fit for you in terms of fashion, style, history and the situation to wear them.

Fedoras have become a popular accessory for hat lovers, whether worn with a formal or casual outfit. However, you’ve probably never heard of a similar hat, the Homburg Hat, and may not be able to tell the difference between a Homburg Hat and a fedora.

The main difference between a Homburg hat and a fedora is found in the design of the hat’s crown. While a Homburg hat’s crown will have a single dent running down the center, a fedora’s is indented, creased down, and appears to be pinched around the front and on both sides.

Both Fedoras and Homburg hats were popularized in the 1890s and have gone in and out of fashion over time. And, although they look incredibly similar, there are a few distinct differences in their features.

The Difference Between A Homburg Hat & A Fedora 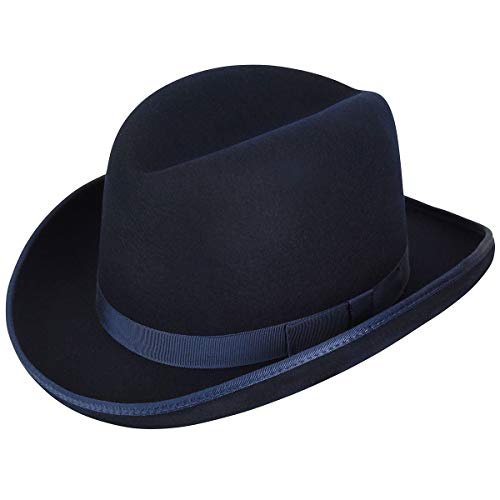 People first used both the Homburg Hat and the Fedora in the 1890s, when King Edward VII imported the Homburg as a replacement for the top hat after he visited Bad Homburg in Hesse, in the German Empire.

The Fedora emerged as a hat for females in the 1880s after actress Sarah Bernhardt wore it as an accessory in the play Fedora. It would later be adopted by men as early as 1891 and eclipsed the Homburg in popularity.

Both hats fell out of popularity for some time before King Edward VIII brought the Fedora back into fashion in the 1920s, where it became popular among men again, alongside the Homburg and Derby hats.

Homburg Hats were first used as an accessory for semi-formal attire but became increasingly paired with casual clothing. In contrast, the Fedora became associated with the informal clothing styles associated with gangsters in the American Prohibition Era.

Both fell out of fashion for men in the 1960s, before the Fedora made a revival in the early 2000s, and celebrities such as Johnny Depp and Pete Doherty were credited for inspiring the “Fedora renaissance”.

At first glance, Homburgs and Fedoras look the same, which is probably why their histories are so intertwined, but there are certainly some distinct differences in either hat’s crown, shape, brim, and taper.

The Fedora typically has a teardrop-shaped center dent crown (some variations can have diamond shapes). There are pinches on either side of the hat, which vary in size and shape, while there is also a sharp taper at the front of the crown.

Brims on Fedoras don’t necessarily need to be wide or narrow but are straight and cover a vast range in width.

However, Homburgs have a single crease in their tall, round crowns, rather than the pinched sides we see on Fedoras. Their brims are turned up all the way around, and the range of width also varies. 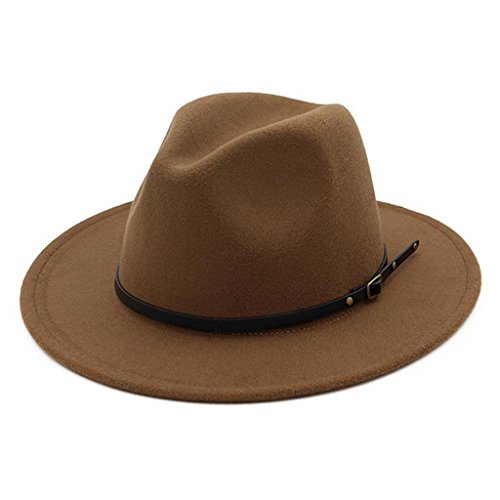 Fedoras were staples for men in days gone by where dress codes were far more formal. Still, they have since become popularized as a far more versatile accessory in contemporary fashion. However, some common mistakes are made by men wearing Fedoras, which gives the hat a bad name. Here are a few tips to avoid being part of the problem, rather than rocking your Fedora as you should be.

Choosing the right size boils down to how it sits on your head. A Fedora that’s too tight or too big for your head will not suit you. So, test the size out by placing a finger between the hat and your head. If you can’t fit your finger in the space between, or the hat still feels loose on your head, it’s a bad fit for you.

Familiarize yourself with the fashion jargon and educate yourself on the different materials used in Fedoras (typically felt), and ensure that it’s suitable for the settings in which you’ll be wearing it. For example, straw Fedoras will be a hit on hot summer days but will fall apart if you’re running the rain in the middle of Winter.

If you’re just getting started with adding Fedoras to your wardrobe, don’t go and buy them in wild colors like green or purple. Instead, begin with simple, neutral colors like black, grey, beige, or navy. You’ll find that these are far more versatile colors and will match numerous color schemes.

Don’t Buy On The Cheap

You get what you pay for with Fedoras and, unless you’re okay with buying new hats every few months, spend at least $60 on your Fedora so that you know that the material and stitchwork are of the highest quality. Alternatively, you’ll find that your Fedora may lose shape, fall apart at the stitches, or the fabric could start to fade

Finally, and this is the most critical point, keep your Fedora looking clean! Ensure you have the right cleaning products for the material that your Fedora is made from, and don’t allow yourself to be that guy with a dirty Fedora.

Tips For Wearing A Homburg Hat 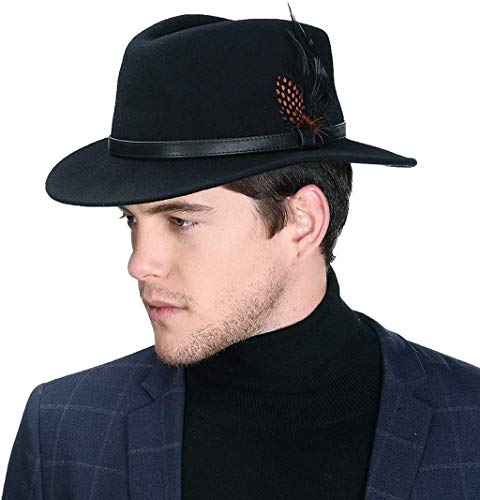 Rule number one with a Homburg Hat is that you have to wear it with confidence! Whether you’re wearing it in a casual setting or a formal one, Homburg Hats present a unique look that goes with anything, however quirky. But to really stand out, you need to carry yourself well and make the look your own.

One enjoyable way to experiment with different looks is to throw in a retro twist every now and then. Revive old trends from the 70s and 80s, and 90s. For example, a Homburg hat pairs very well with vintage tweed suits. Don’t hesitate to step out of what’s considered conventional because a Homburg Hat isn’t conventional.

Homburg Hats pair very well with jeans and a t-shirt for an informal, everyday look, which still gives you the distinctive look of a well-dressed gentleman.

In the winter, you can add a scarf and overcoat and achieve the same laid-back style, while straw Homburgs with shorts and a short-sleeve button-up shirt is always a winning combination at pool parties or other summer events.

The original style that coincided with the height of the Homburg’s popularity was, of course, the formal style that prevailed in the late 19th and early 20th Centuries. President Dwight Eisenhower broke tradition when inaugurated into office in 1953 wearing a Homburg Hat instead of the traditional Top Hat.

Fashion was very different back then, but suits and formalwear are timeless, and the same fashion principles will always apply.

You can wear Homburgs with bow-ties, pocket squares, and other less prevalent, more quirky accessories. You can also pull off a semi-formal, dapper look by wearing a navy blue blazer and white polo shirt with a Homburg Hat.

Tenth Street: Homburg Hat vs. Fedora: Find the Style That’s Right for You

Hat Realm: Difference Between a Homburg and Fedora Hat

Ask Any Difference: Difference Between Fedora and Homburg (With Table)

Tenth Street: How to Wear a Fedora: Do’s and Don’ts

Dapperfam: How To Wear a Homburg Hat: Style Guide for Men