Skip to Content
There are a lot of good reasons why you should decide to wear a tie. Check out its many benefits along with its different types and when you should wear them. 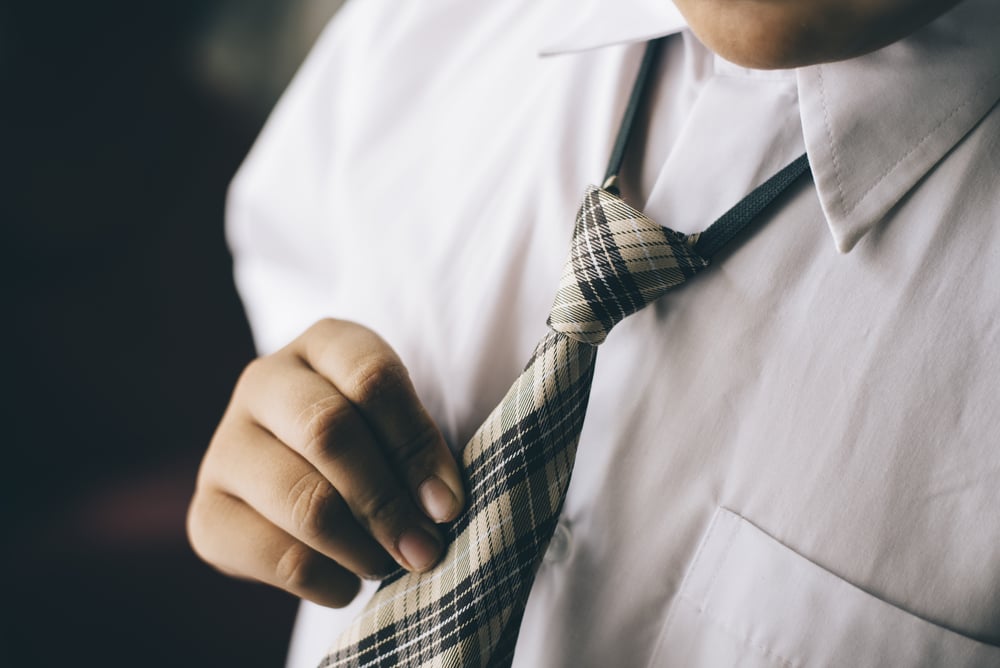 Neckties are such a mainstay of Western men’s fashion that you may begin to question why we wear them. Traditional appearances can make you feel constrained. Even with the rising popularity of people wearing athleisure, wearing a suit will never go out of style.

Sure, tapered sweatpants are ideal for boozy brunch on an instagrammable hotel rooftop, but do you want to hire the guy in a Thrasher snapback? What about a six-figure salary? You’ll most likely require the services of a tie wearer. So, why should you wear a tie?

A tie is a cloth worn (traditionally by men) around the neck for decorative purposes. Ties are typically worn on formal and business occasions. That includes some workplaces, job interviews, significant birthdays, weddings, funerals, and, in some cases, court.

You’ll often notice that you’ll wear a tie to add a more interesting effect to your outfits. Neckties are ornamental fashion items that are worn around the neck beneath a collar. Other accessories can be used in place of a necktie, although ties remain the oldest accessory in men’s fashion. It’s one of the reasons they’re so popular.

In an office or formal situation, ties aren’t just for males or boys; women also wear them. 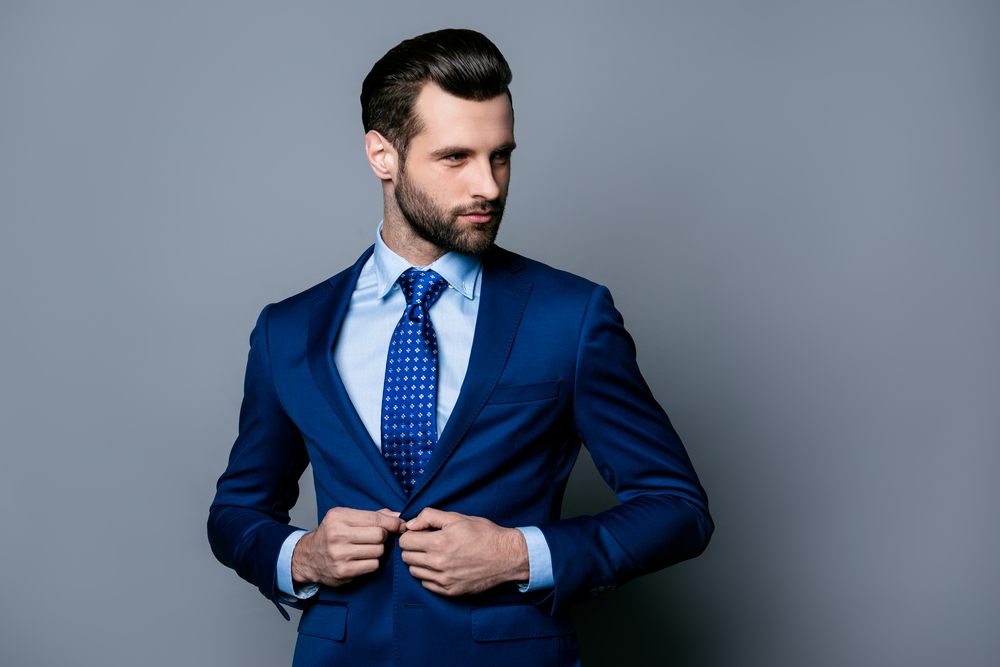 Many people assume that gatherings are simply occasions to dress to impress. In all public appearances, the way you dress and carry yourself has a significant influence.

It covers your everyday clothes as well. Clients, coworkers, and other commuters observe you and assess you based on how you handle yourself. You don’t have to talk in front of people with your tie style since they already know what you stand for or represent.

In a business setting, a tie may make a strong impression. It gives you a lot of confidence to take charge. Similar to how glasses make you appear educated (whether you are or not), ties make you look influential (whether you have a job or not). People make decisions based on their views.

Those around you will assume you have certain qualities and abilities if you wear a tie with absolute confidence. Are you trying to make a good impression? You should wear a tie.

Different Types of Ties and When to Wear Them? 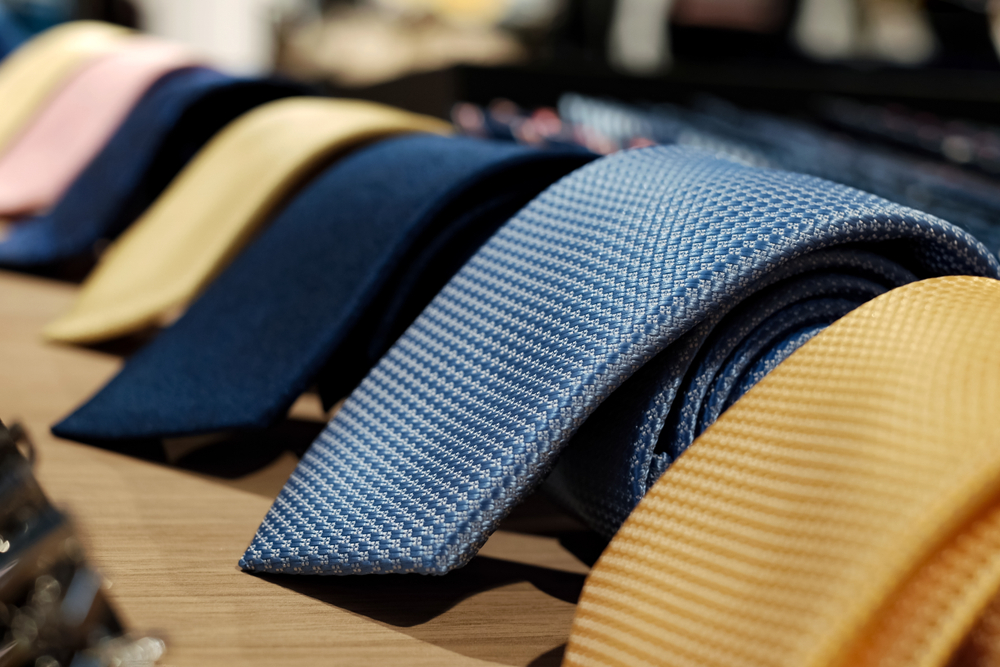 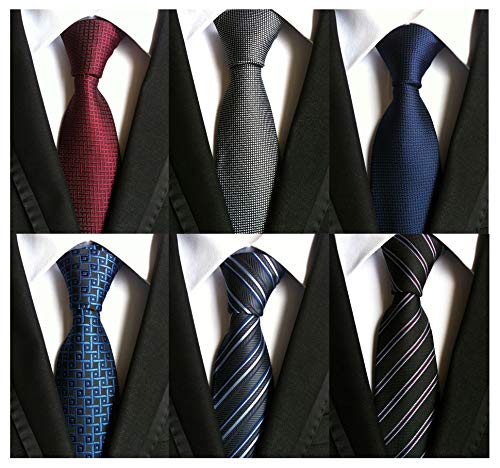 It is what most of us envision when we hear the word “tie.” It’s most likely to be found at the workplace, yet it’s ideal for both work and pleasure. 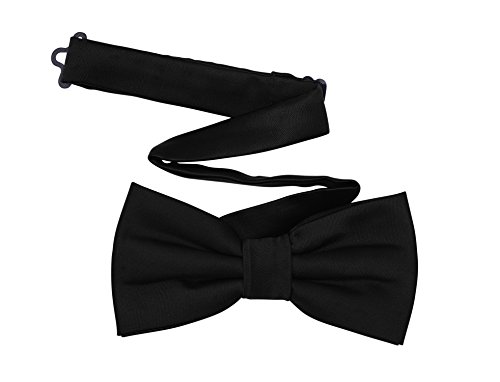 A well-dressed man understands that a bow tie is one of the best methods to make a lasting impression. They are available in three varieties: self-tied, pre-tied, and clip-on.

When to Wear a Bow Tie?

A bow tie is acceptable for any situation when a tie is appropriate. It’s a stylish alternative to a tie for weddings, cocktail parties, and casual outings. Pair a bow tie with a button-up shirt and a vest for a carefree, easy-going appearance.

The black bow tie is the pièce de résistance of the tuxedo suit for formal events that require a black-tie dress code. 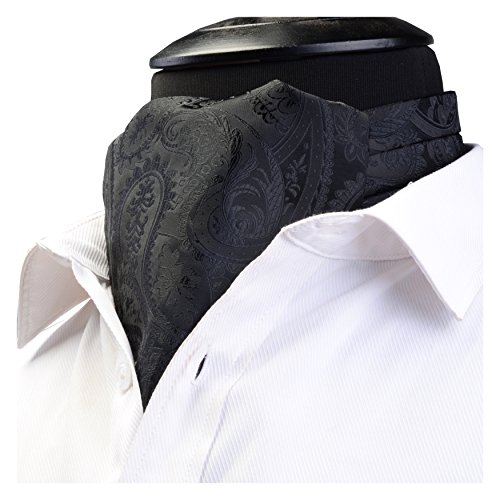 The cravat is considered the forefather of the contemporary tie and bow tie. The word refers to anything worn around the neck. When most people mention “cravat,” they are referring to the ascot. 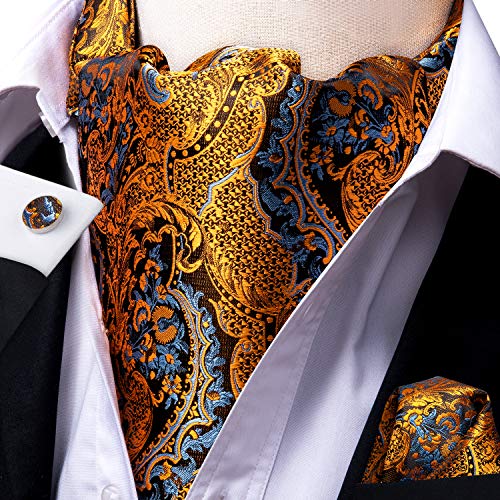 Ascots are formal neckties worn with a pin as part of a morning suit. The most common form of ascot, often known as a day cravat, is a scarf worn inside an open shirt collar. It was previously a fashionable way to spruce up a casual outfit for an informal gathering.

Nowadays, you hardly come across someone wearing one. There’s no reason why a bold guy can’t wear an ascot. When worn casually and without pretension, the ascot gives that special touch that earns a man recognition and admiration.

When to Wear an Ascot or Cravat?

Though we think of ascots as overly formal, they’re a compromise between a collared shirt and one with a tie.

With that said, you can wear them in a relaxed manner. On hot days when you want to open a few buttons on your shirt but don’t want to alarm the world with your chest hair, an ascot is a fun option.

Casual business meetings, luncheons, cocktail or dinner parties, or leisure trips are all excellent occasions to wear an ascot, as long as you aren’t in the wedding party and so have to wear a particular costume.

Dress in a Tie: Greatness Has a Place in History 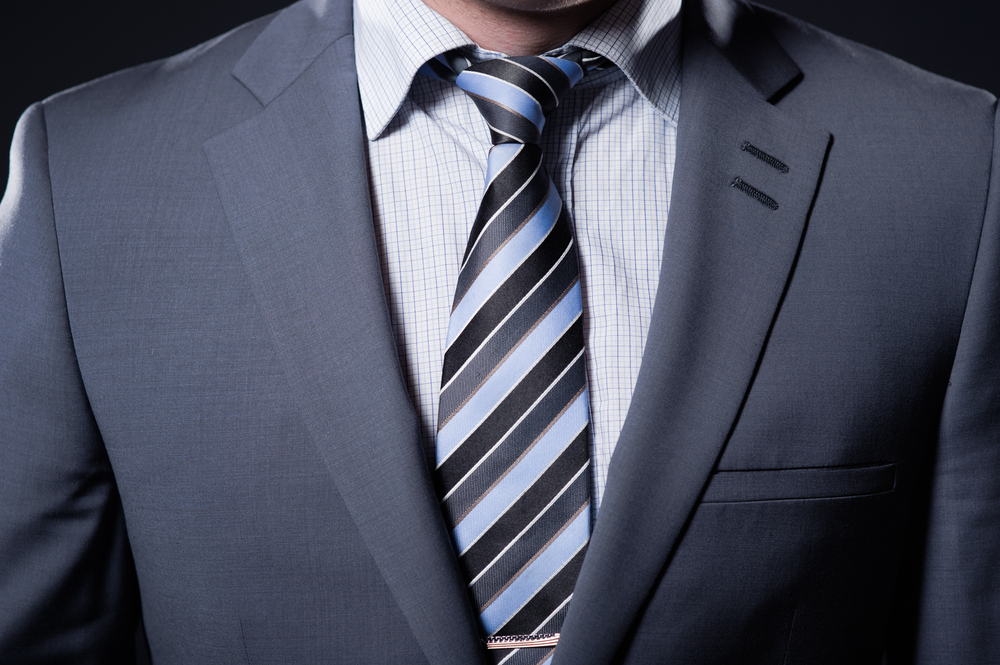 Since ancient times, ties have symbolized honor, civilization, and nobility. In the 17th century, Croatian mercenaries serving in France were the first to wear knotted neckerchiefs to signal their position and alliances. King Louis XIV of France was taken with the neckwear to wear ties as a status symbol.

Who created the tie? Nobody knows for sure. Historians think they have existed for more than 2,000 years. The ancient Chinese Qin dynasty’s “Terracotta Warriors” wore silk cords around their necks as emblems of their high position.

The majority of contemporary ties are 56 inches long and 3.25-3.5 inches wide. They are based on a patent issued to tailor Jesse Langsdorf in 1924. His knowledge of textiles allowed him to design a tie pattern that was both visually appealing and more durable than previous ties.

Ties have been around for centuries and may even go on for centuries more. There are many reasons you could decide that today is the day for a tie.

Whether it’s a business occasion, wedding, or applying for a job, it’s all about how you appear at the end of the day. Depending on the tie design you choose, you can seem sleek and sophisticated or loose and ready to party.

A beautiful tuxedo suit with a tie, or even a collared shirt to go hand-in-hand, screams smart-dressed like nothing else.

ABC Everyday: The dos and don’ts of wearing the right tie

Wonderopolis: Why Do People Wear Ties?

FashionBeans: HOW TO WEAR THE RIGHT TIE EVERY TIME