Skip to Content
Here is everything you need to know about the cartwheel hat showcasing its rich history, its look and style, when to where this hat and how to properly wear them to elevate your fashion.

Cartwheel hats are extravagant hats worn by women with flash and flair. They make a statement, are sometimes magnificently adorned, and provide bountiful shade. A cartwheel hat is so much more extraordinary than its mundane name.

Cartwheel hats take their name from their broad, circular, stiff brim, which resembles a cart’s wheel. They typically have low crowns and are worn at an angle to showcase the shape. The brim is often lavishly decorated, making these hats popular with socialites that frequent formal wear parties.

A cartwheel hat is not simply worn – it is experienced! They are hats that demand to be noticed, creating beautiful frames for faces.

Cartwheel hats are enormous hats with stiff brims that have been likened to flying saucers, pancakes, cartwheels, or saucers. The crown is low and not a significant feature of the hat.

Some cartwheel hat crowns are so low they are almost non-existent. Others have crowns that, although they are low, are still functional in fitting on the head. At one stage, cartwheel hats with open crowns were trendy, especially as wedding apparel.

What Are Cartwheel Hats Made From?

Cartwheel hats are made of various materials, including felt, velvet, silk, and taffeta. Straw is a popular choice as a durable material, especially for picnics and outside events.

The brim is usually shaped by a thin wire over which the fabric is stretched and molded.

Cartwheel hats created for special events are sometimes made with netting or lace brims. The brim may also be made partly of lace and partly of another fabric such as taffeta. The use of lace or netting is used to create different artistic effects.

How Is A Cartwheel Hat Decorated?

Cartwheel hats can be left plain, and a black cartwheel hat is considered the height of elegance. Others can be elaborately decorated with flowers, feathers, bows, and even fake fruit attached to the brim.

During the seventies, it was common to see older ladies on their way to functions with a cartwheel hat that sported a bunch of bright red artificial cherries.

Cartwheel hats are popular at formal events and may even be decorated to match the event’s theme. This one was worn at the Royal Ascot horse races.

How Is A Cartwheel Hat Worn?

Cartwheel hats are almost always worn at a rakish angle displaying the shape and extravagant size of the brim. Some people prefer to add interest by flipping up one side of the brim or curling the brim to break the symmetry.

Cartwheel hats worn on the back of the head with the brim slanted up from back to front are sometimes known as halo hats.

Do Both Men And Women Wear Cartwheel Hats?

Cartwheel hats are worn mainly by women, especially in earlier fashion. In recent years there have been some fashion designers that have promoted cartwheel hats for men. They have not proved popular and failed to become a regular fashion item in mainstream men’s wear.

When Were Cartwheel Hats First Worn?

During the 18th century, it was considered imperative to keep the harmful sun’s rays off a fair maiden’s skin to prevent it coarsely tanning. Hats with broad brims were used at all outside events. They were known as pancake hats or shepherdess hats.

Cartwheel hats made their appearance between 1911 to 1914 in various countries around the world. The fashion was for women to have slender figures accentuated by an enormous hat. During World War I, the style for large hats died down due to limited access to fabrics and economic recession.

The cartwheel hat had a comeback in the 1930s and remained popular through to the 1950s. Hats were secured to the wearer’s head using a hatpin, which could be as long as eighteen inches depending on the hairstyle.

The 1960s and 70s saw fashion alter and floppy wide-brimmed hats became popular, especially with the hippy culture.  Although other hats have waxed and waned in popularity, cartwheel hats are still popular at high society events. They are well represented at exclusive events such as Royal Ascot, polo matches, and Wimbledon.

Where Can I Buy A Cartwheel Hat?

Cartwheel hats are found in most milliner’s shops, although these shops have become a rarity in modern times. Many general clothing stores include a small hat section, and cartwheel hats can usually be found in some form.

Some online stores stock cartwheel hats, and you can shop in leisure from your home. The term cartwheel hat is seldom used in modern times, and you should search instead for sun hats. 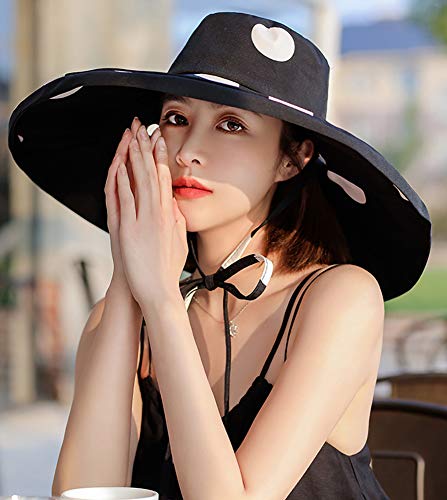 If you want authentic period cartwheel hats, you can access them through the Vintage Fashion Guild.

Pros And Cons Of Cartwheel Hats

Pros of cartwheel hats include;

Cons of cartwheel hats are few:

Should I Add A Cartwheel Hat To My Wardrobe?

A cartwheel hat is such a versatile fashion item that it is probably beneficial to own at least one. A straw or plain colored hat that can be dressed up and altered for any occasion can only be regarded as advantageous.

With scientific research highlighting the dangers of too much sun, a cartwheel hat that you can use when gardening or going to the beach is a definite must-have.

When you feel glum and need a mood boost, a cartwheel hat can remind you to look on the bright side of life.