Here is everything you need to know about the pakul hat, its other forms from different cultures, how to style it, how to make one and where to buy these head covering accessory.

A fashionista or someone familiar with the middle east may know what a pakul hat is. All the rest of us are left scratching our pakul-less heads. So what is a pakul hat, and is it something you would like to add to your wardrobe?

A pakul hat is a soft cloth hat made from sheep or camel wool. It is designed as a bag that is then rolled to fit the head. The result is a round-topped hat that can be altered by various rolling styles. The pakul is generally worn by men in middle eastern countries.

Pakul hats are versatile hats that can be altered very simply by the way you roll them. They form part of the traditional dress in many areas of the world.

How Is A Pakul Hat Designed? 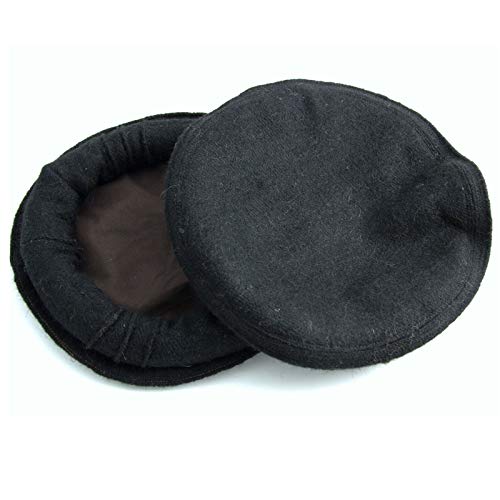 Pakul hats are designed as a cylinder or bag with one end open and one end closed. The closed-end has a circle that is stitched onto the cylinder. The stitched seam is generally visible and may be decorated by elaborate blanket stitching.

The hat is lined and may have a piece of sheepskin stitched onto the open edge of the cylinder to aid the rolling process. Pakul hats are rolled up from the open end to achieve the desired size and style. A complete roll creates a beret-type hat, while a partial roll creates a hat that fits more snugly onto the head.

Where Are Pakul Hats Worn?

Pakul hats were originally most popular in the Nuristan province in Afghanistan. The hat has been adopted as traditional wear throughout all of Afghanistan in the last few decades. Ahmed Shah Masood, the Anti-Taliban Northern Alliance leader, is famous for always wearing a Pakul.

The Chitral and northern areas of Pakistan are thought to be the birthplace of the pakul hat, and they are still worn in these areas. Chitral is well-known for the handmade manufacture of pakul hats.

Pakul hats are not only to be seen in Afghanistan and India. They have become popular in China, Russia, Iran, and India.

What Are Other Names For Pakul Hats? 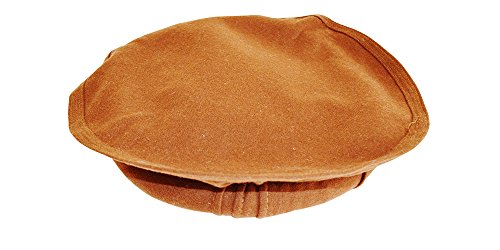 Pakul hats have quite a few other names that you should know about so that you do not get confused.  Sometimes they are known as pakol hats, depending on the dialect spoken in that Afghanistan province. In some areas, they are known as Masood hats after Ahmed Shah Masood.

In India, they are commonly worn by a group of people known as Dards, and in this region, the pakul is known as a Dardi cap. 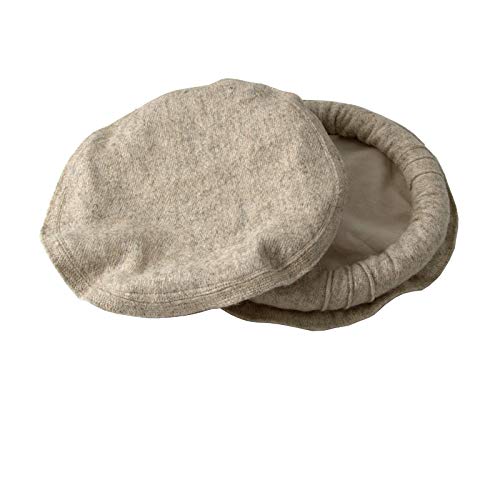 As pakul hats are thought to have first appeared in Chitral and are still made there, they are often referred to as Chitrali caps.

Are Pakul Hats Worn By Men Or Women?

Pakul hats are usually worn by men as women in many middle eastern countries have their traditional headdresses that must cover their entire head and hair by religious law.

Some women wear pakul hats and tend to be brightly embroidered and more ornate than men’s pakuls.

What Are The Traditional Colors Of Pakul Hats?

Pakul hats are usually made in earthy tones such as varying shades of beige, brown, grey, olive green, black or white. Some people in western or European countries make pakul hats in different colors.

What Are Pakul Hats Made From?

Pakul hats are made from 100% sheep or camel wool. Only the finest, softest wool is used to manufacture the caps as the fabric must be thin enough to form the roll, which keeps a pakul on the wearer’s head.  The result is a warm, durable hat that keeps the head warm in icy climates.

In western countries, people have begun making pakul hats from different fabrics such as linen and even polyester.

Is There A Difference Between A Camel Wool Pakul And A Sheep’s Wool Pakul?

A camel wool pakul is not as heavy to wear on the head, and the texture may be more acceptable to some people. Sheep’s wool is hypoallergenic for those people who struggle with allergies.

Camel’s do not produce as much wool as sheep, and there are fewer wool-producing camels in the world than sheep. The result is that a camel wool pakul is more expensive than a sheep wool pakul.

Pakul hats generally come in only one size. The trick to making the pakul hat fit is to roll it to fit your head. The roll can be made thicker or thinner to alter the size and give a different flavor to the hat.

How Do I Roll A Pakul Hat?

There are a variety of rolling methods that can be used.

Where Can I Buy A Pakul Hat?

If you are invested in authenticity and middle eastern culture, a trip to Chital in Pakistan to buy one of their handmade caps should be on your agenda. If that is out of your budget, several online sites sell pakul hats.

Can I Make A Pakul Hat?

Pakol hats are not difficult to make as their design is simple. You can choose any fabric which is thin enough to roll to create a pakul. Sew a tube shape and close this at one end with a circle. Crafters that love to crochet or knit can produce a pakol hat using fine wool.

You can even make a pakol hat from an old T-shirt.

In some areas of Pakistan, men like to wear a peacock feather tucked into the roll of the pakul hat. Women who choose to wear a pakul may have brightly embroidered or beaded roll sections to add interest and flair.

Should You Add A Pakul Hat To Your Wardrobe?

If you like to wear hats, a pakul hat is a good option as it can be altered from a beret to a warmer hat by rolling it differently. Pakul hats made from wool are a good option for keeping your head warm if you live in a cold climate.

Although wool wicks moisture away from your skin, wearing a wool pakul hat in searing heat and humidity may be too hot for some people.