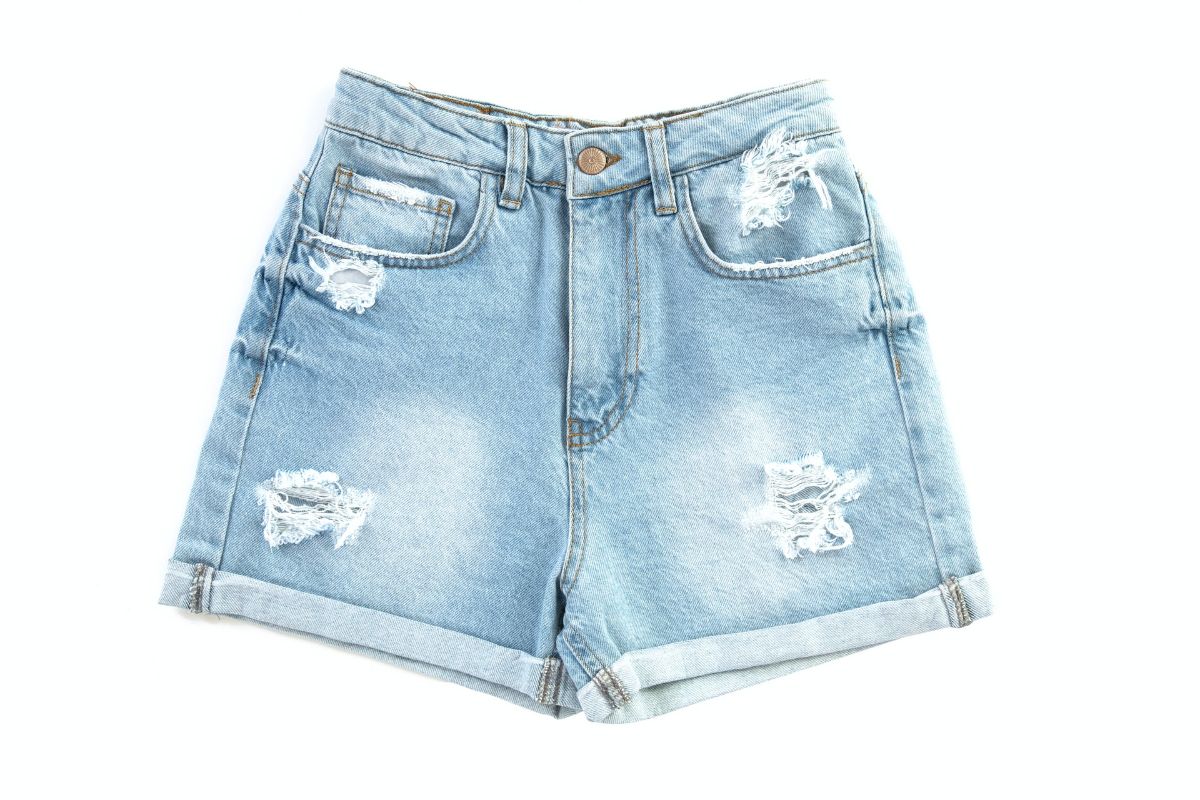 They’re always there for you when you need them. They’re the first thing you reach for if you’ve got somewhere to go in a hurry. They always feel good and look good and they rarely let you down.

They’re your jeans. And if you’re like most people, you have many pairs of them. You might know that they’re made of denim, which pairs have flared legs, whether or not you feel like wearing skinny jeans today.

But how often do you think about the thing that holds your jeans together? Find out more about the different types of jean buttons, why some of them might be bad for your skin and what to do when one of these buttons does fail you.

Today, buttons are pretty essential. They’re used to hold all sorts of different items of clothing together and they’re in every single pair of jeans. It makes since that buttons are an ancient invention, since they do such a big job by holding your clothes together on your body.

But you might be surprised to learn that the oldest buttons ever found by historians were not used for any practical purpose. 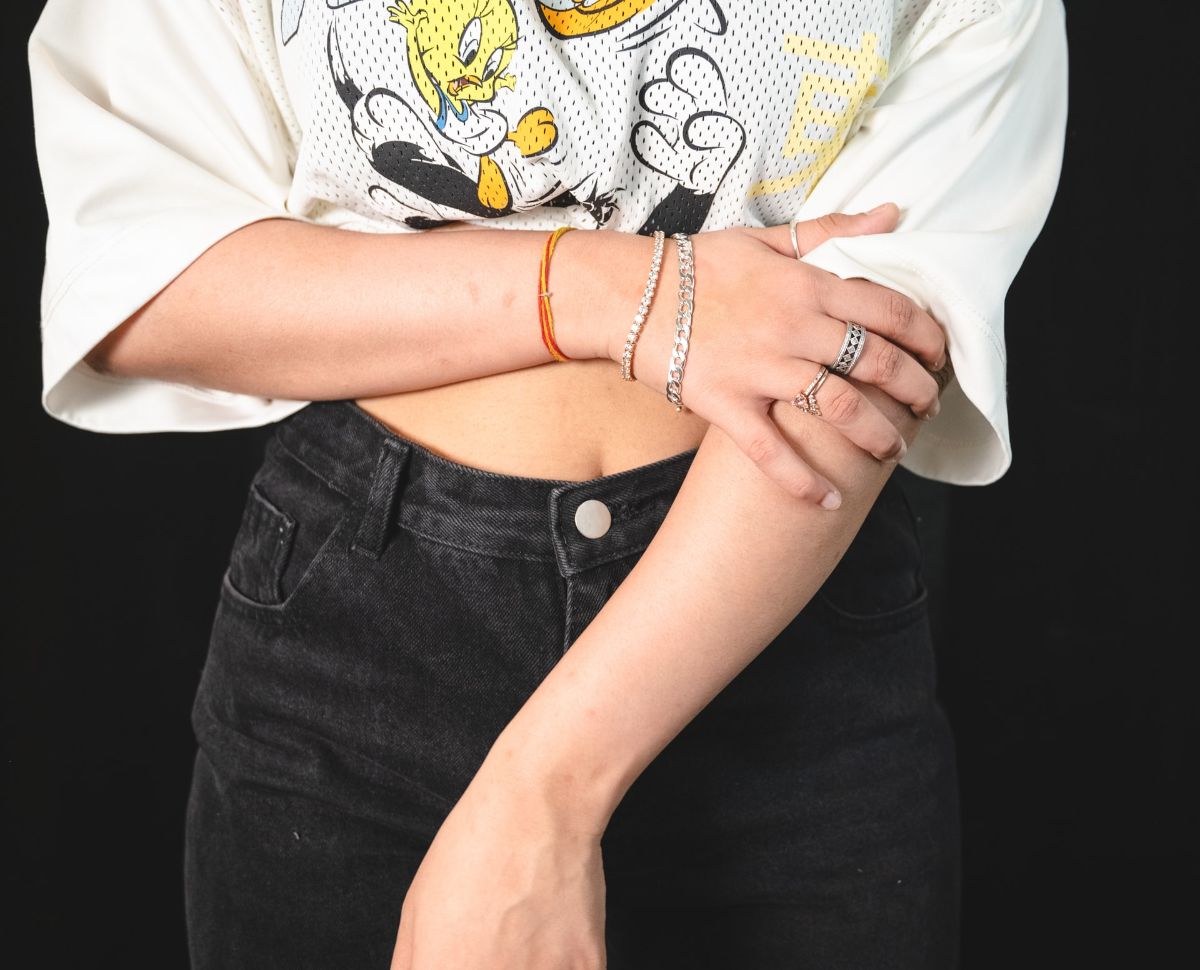 The oldest buttons that have been found so far were discovered in the Indus Valley civilization, and they date to around 2,000 B.C.E. These buttons were made from curved shells, and they didn’t actually do anything useful. So why were these buttons worn?

Historians have figured out that they were purely ornamental and used to display wealth and social status to others.

These early buttons did have holes in them and were attached to clothing with thread, which is already pretty close to how modern buttons are worn today. But it would take a couple of thousand years before buttons became practical and not just decorative.

Ancient Romans were the first to really use buttons to hold their clothing in place. They began using buttons, along with brooches and pins, as a way to hold their cloaks and togas together and found that buttons were an elegant, useful solution for this purpose. You know how they say do as the Romans do?

Roman culture spread around the world because Rome conquered a great deal of the world. Soon, lots of people were also wearing buttons.

Middle Ages and Beyond

Buttons became more practical items rather than decorative. And finally, someone in the Middle Ages invented the buttonhole. This was a pre-cut and sewn little slit that made it quite easy for a button to slide through. And it was a huge, huge clothing innovation. This seemingly simple idea changed everything, and suddenly, buttons could become both practical and beautiful.

Soon, everything had buttons. Extra buttons appeared on clothing in random places. In some designs, sleeves and other pieces of garments had buttons. Everything has come full circle again and now clothing had buttons that had gone back to being decorative rather than practical. Once made of shells and bones, buttons were soon made with metal and, later, plastic.

There are more types of buttons in more shapes and sizes than anyone could ever list. But when it comes to the different types of jeans buttons…there’s a lot more going on than what you may have ever realized.

Why are there different types of jeans buttons, and what do they do? You might be surprised to learn about the surprisingly complex design of jeans buttons and why there are so many of them. They might look pretty simple, but there’s a lot going on with the little items that hold your jeans together. 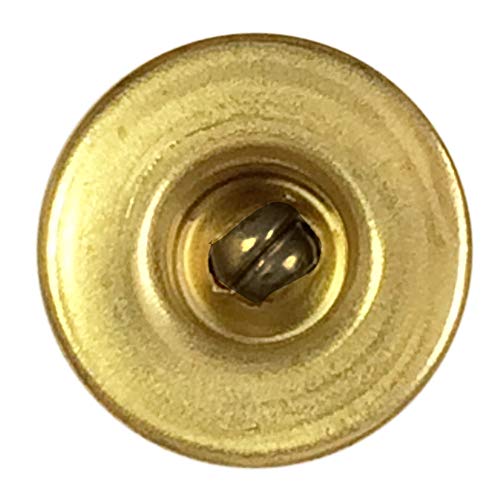 Once you see this style, you can see why this button is called a donut button right away. It’s a circular, flat button with a well in the center of it that creates a donut-like look. This is a simple button, and it’s lightweight thanks to that center hole and the slim, flat design.

This type of button was used heavily during WWII when the U.S. and the world suffered from metal shortages. Buttons need to be made with the least amount of metal possible due to rationing. Donut buttons match corresponding buttonholes to keep your jeans secure. 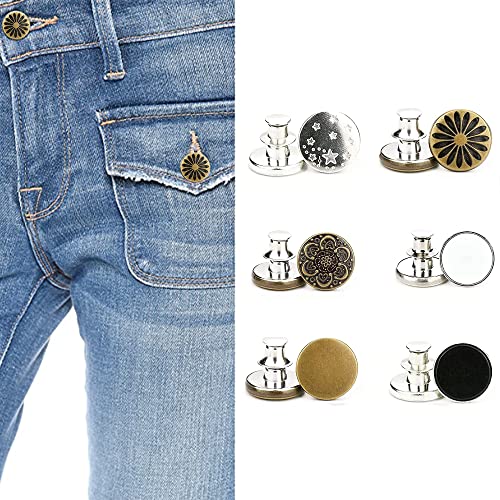 Shank buttons have no buttonholes on the top. These buttons are usually round, somewhat flat discs that have a small protrusion on the backside, right in the middle. This little stud has a hole in the center, which is threaded so it can be sewn onto jeans.

A corresponding buttonhole is used to bring jeans together over a shank button. Sometimes, shank buttons are decorated and embellished with little logos and designs. 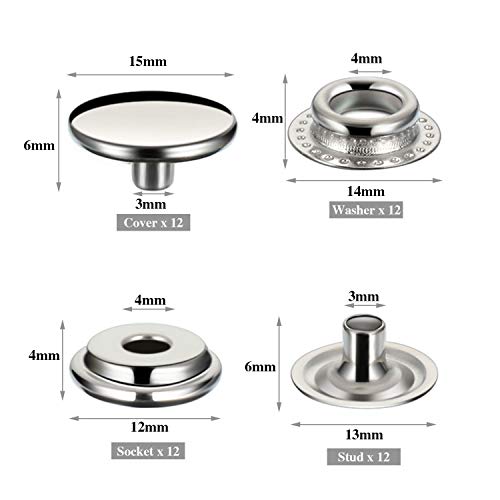 The post is attached to the backside of the jeans. The stud is on other side of the fabric, and the two are pinched together to create a spot for the corresponding snaptop to hook into. The socket and the snaptop are secured on either side of the other flap of the jeans and then pinched through the fabric in a similar fashion to the stud and post on the opposite flap. The snaptop fits into the stud and post, and the button snaps together.

Snap buttons are found frequently on jeans because they’re easy to use and they are extremely durable. There’s no pulling or yanking on fabric to get a buttonhole to fit over a button, just a simple snap, so there’s less wear and tear around this closure. 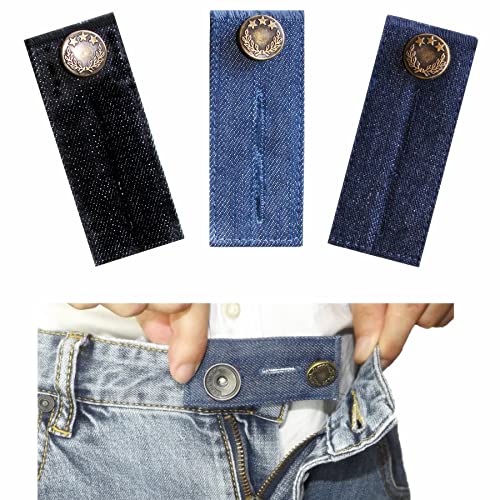 This hole is designed to accommodate the stud. The two pieces are placed on either side of the jeans and pinched together. 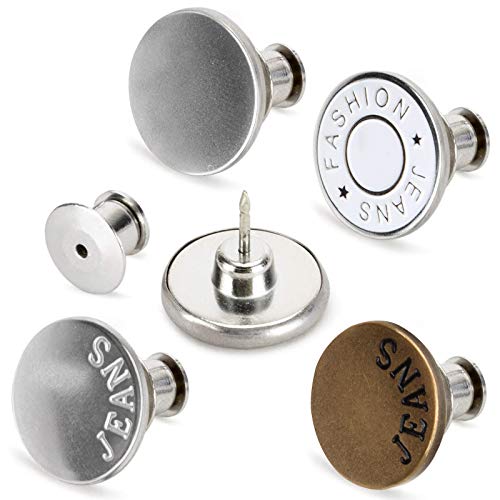 Tack buttons are unique because they are two-piece buttons, while many buttonhole designs are a single piece. This design is comprised of the button, which is the top part that is visible, and the tack, the piece that attaches to clothing. The tack has a spike that is hammered right through the jeans. The button is then pressed on top of the jeans and the tack on the other side.

When the process is over, the button is securely attached to the jeans. This is an extremely common button type that you will find in many jeans. Tack buttons match buttonholes on the other flap of the jeans to complete the design.

Don’t jeans have lots of little buttons all over them, though? What about the little small buttons found on pockets and other places on jeans? 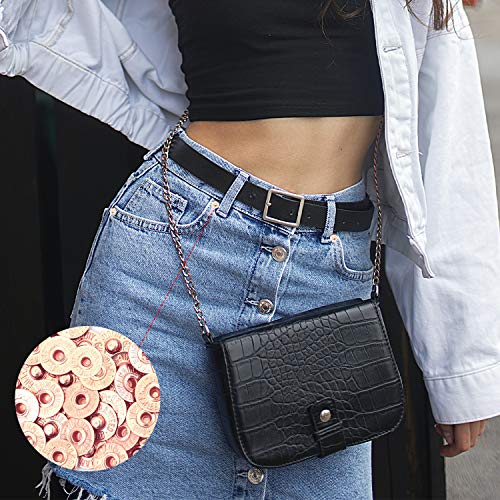 The little copper and metal studs you sometimes see on jeans pockets and other spots on jeans are not buttons, though they do resemble buttons. These are rivets, and these little pieces of metal actually reinforce the stress points on jeans, preventing them from wearing out from a lot of wear. Rivets don’t have a corresponding snap or hole, and they don’t hold anything together, which means they aren’t buttons.

There are lots of different types of jeans buttons, and they all work in a different way. Some of these are easier to replace than others, and some actually cost a little more money and materials to make. Jeans buttons are actually sort of complicated, and they have their own interesting history, too.

Now that you know more, you’ll be much more of a jeans expert from now on.

A lot goes into jeans buttons, and there are several different designs that you will see the most often. But there’s a lot more to know about jeans buttons and how they might affect you. Did you know that some jeans buttons can cause you to break out in a rash?

Can you replace jeans buttons?

Jeans are made to be durable, and they’re made with strong materials, but that doesn’t mean that they can’t wear out over time, especially the button area that is used again and again. Is it possible to replace the jean buttons? It is…but sometimes, it’s a little bit tricky.

Stud-style and snap buttons can only be replaced with a button replacement tool. This is a tool that holds each piece of the button.

It has a fold in the middle so the two halves of the tool can be brought together with the jeans fabric in between them. This will allow you to attach a button without sewing one on. However, you can only do this if you have a button replacement tool and the right kind of buttons to use with it.

You can also sew new buttons on the jeans, such as the case with donut buttons. However, you can only use sew-on buttons if the jeans have a corresponding buttonhole that the button can use.

Can you be allergic to jeans buttons?

Have you ever noticed that you have an itchy, red, or irritated patch of skin on your stomach after you’ve been wearing your jeans? This is a strong indication that you’re allergic to a common metal used in jeans buttons. Many people experience an allergic reaction to nickel, a common metal used in the buttons that are found on jeans.

This allergic reaction occurs when the sweat on your skin interacts with the nickel. You can prevent this by wearing loose clothing and keeping yourself cool. There’s also a simple life hack that can be somewhat effective at protecting your skin from the nickel that’s so commonly used in blue jean buttons: nail polish.

Paint the button where it comes into contact with your skin with clear nail polish. This will form a protective barrier for your skin to protect you from the rash-inducing nickel material.

Looking for ways to manage a nickel allergy can be an effective way to protect yourself from this common button metal because it can be difficult to identify the metal used in jeans buttons before you purchase them. You could always replace your jeans buttons with buttons that you know do not contain nickel as well.

How do you fix a jean button that keeps popping off?

If you have a jeans button that keeps popping off, you’re going to want to replace it. You can do this easily by simply getting another button. However, you might have a little trouble if you have to remove an existing button.

Stud buttons and snap buttons, which are commonly used in jeans, aren’t always easy to remove. You can try to use pliers to pry the old button away, or you can simply cut the old button away and go forward with your replacement process from there. Denim patches are inexpensive and easy to use, so that you can shore up a hole in the button area with one of these pretty easily.

Where can you find vintage jean buttons?

Jeans and their buttons have a long history that dates back to the very first pair of jeans ever made, which was back in the 1870s! Collectors know that buttons can be a pretty cool little item. They show us a lot about the past and the designs that were once popular.

If you want to get some vintage jeans buttons to have this reminder of fashion days gone by, that’s a pretty cool way to enjoy fashion history.

The trouble is, it’s not always easy to find vintage items if you’re hunting for vintage jeans buttons, look in vintage shops for the oldest pairs of jeans you can find. Go online to look for button collections that might sell for an inexpensive amount of money and have some gems hiding in them. You might find that you’ve got a great eye for collecting vintage jeans buttons.

King & Allen – The History of the Button

National Library of Medicine – Blue-jean button nickel: prevalence and prevention of its release from buttons

WebMD – Am I Allergic to My Clothes?

WikiHow – How to Replace a Jean Button