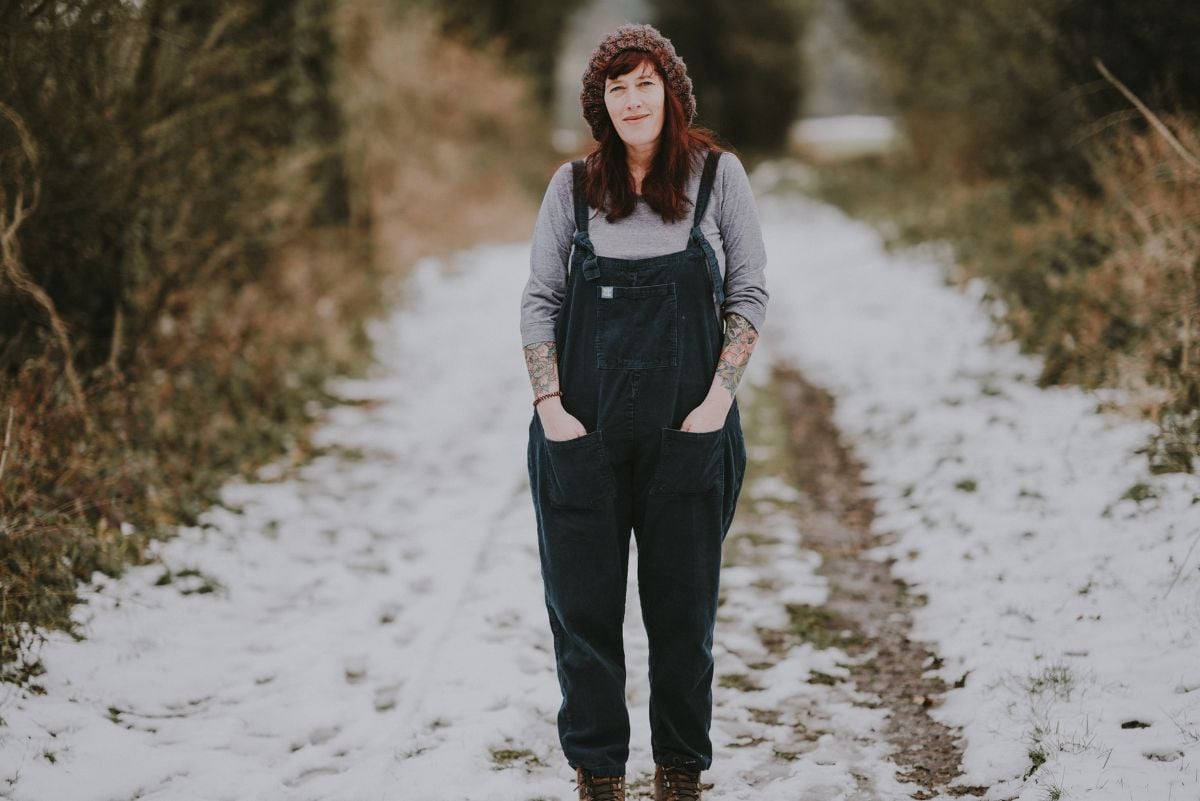 Once upon a time, both sweaters and overalls were created to be tough workwear. These items were worn by people with the most difficult jobs. But in their own way, both items broke free from this typecasting and become hot, high-fashion garments. But can you wear them together? Can you wear a sweater with overalls? Combining these two can be tricky…but can you learn how to do it well?

The Short History of Overalls

Overalls today are linked to cool, casual style. They’re also associated with farmers and hard workers of all kinds. That’s why you might be surprised to know how long overalls have been around…and that they were actually designed for the military. In the 1750s, overalls were created by the British Army to protect the clothing underneath them. Made in the familiar bib design with shoulder straps like the modern overall designs worn today, overalls in these days were made with tough fabric but not with denim. It wasn’t until Levi Strauss re-defined overalls in the 1870s that overalls and denim started to be seen as a pair. Strauss completely changed the workwear game with blue jeans, an item that immediately caught on with workers.

It was also around that time that overalls started to be seen as farmers’ wear. Many different types of laborers wore overalls for their daily tasks. In the early 1900s, overalls became popular with women. This began in WWI and in WWII, as more women had to go to factories and farmsteads to work, overalls truly caught on.

The famous painting by Grant Wood, “American Gothic,” features a farmer and his wife. The farmer is wearing overalls and holding a pitchfork, clear symbolism of the typical U.S. farm at the time. Overalls had found their place…but they would soon start to appear in many more places. 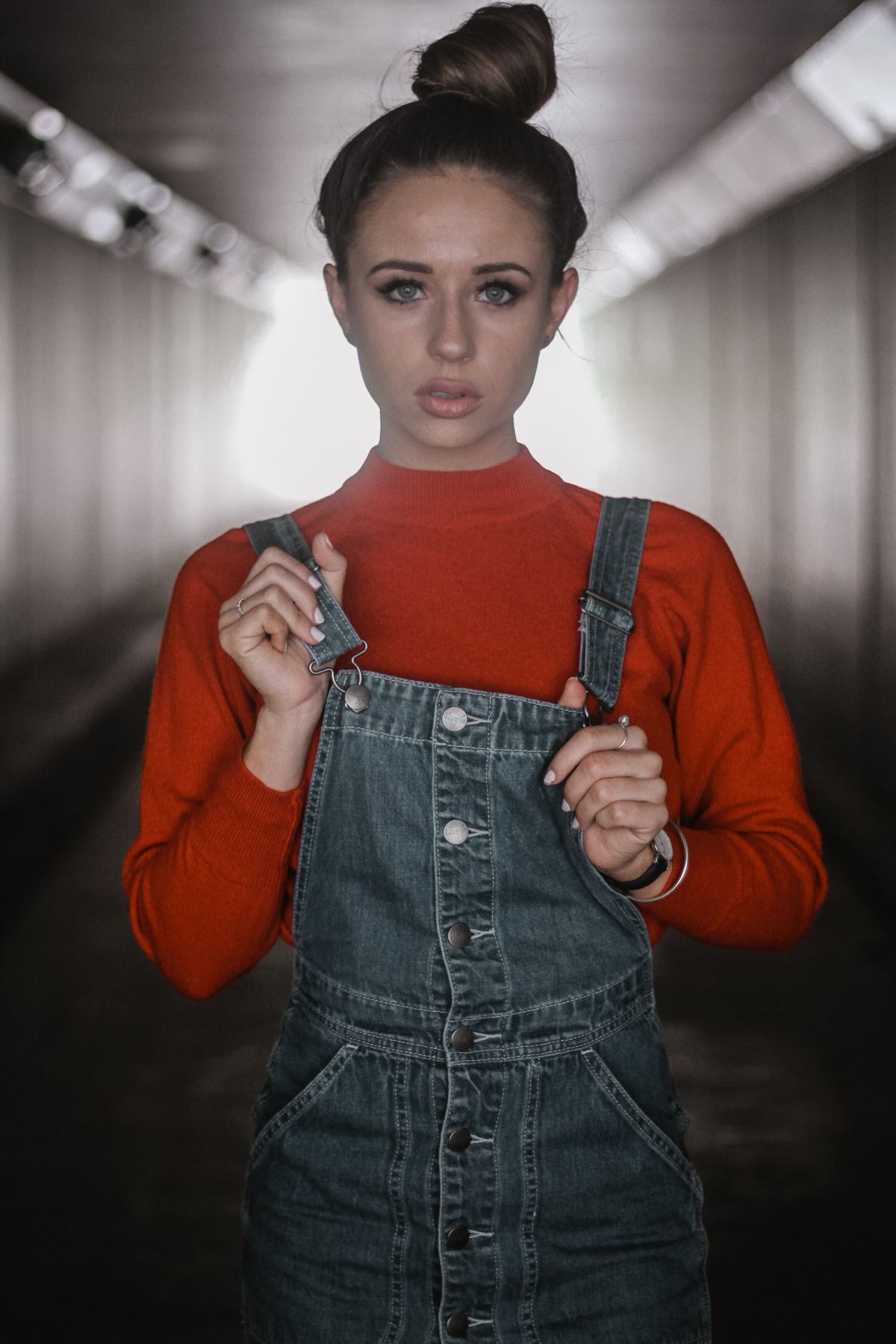 Overalls became more accessible and more widespread. Manufacturers started to make them in all sorts of materials, including cotton duck and linen. They started to be available in wider colors. Overalls had started to work their way into everyday fashion.

By the early 1900s, OshKosh B’Gosh started making overalls in children’s sizes. They were an immediate hit. Overalls were now worn by everyone and they were for people of all ages. They had found their way into closets across the U.S. But soon, they would find their way to the high fashion runways.

In the 1960s, overalls made the leap to high fashion. Well-known designers started to create fashionable overall looks that models strutted on runways and celebs wore in front of photographers. Overalls in new fabrics and designs appeared in fashionable boutiques, now made with plaids and patterns. Overalls were no loner workwear. Now, they were fashion and style and glamor. And even sex appeal. Now, overalls were also stylish. They continued to evolve and in the 1990s, overalls hit yet another peak when they were embraced by the hip hop culture. Suddenly, overalls were also cool. In fact, Justin Bieber wore a pair of overalls with one strap undone while meeting and shaking hands with the then-Prime Minister of Canada. Wearing overalls with a Prime Minister is still a fashion don’t but it proves that overalls have definitely moved a long way from the battlefields and the fields of crops.

Unraveling the History of Sweaters

It’s hard to pin down a start date for the sweater. Knitted clothing has been around for centuries and centuries. In fact, a type of knitted shirt was worn under chain mail during the medieval days that always make such a great setting for action-soaked drama on the screen. The modern version of the sweater was almost certainly inspired by woolen, knit garments worn by British fishers who sailed their ships to the Channel Islands. Women from Guernsey were known for making tightly woven knit shirts for the men on the ships. The heavy, well-made shirts protected the men onboard the ships from the salt spray of the sea.

The shirts, known then as “guernseys,” were seen by people all around the Channel Islands and soon, all over the United Kingdom. The woolen shirts stood out because they were finished with specific colors and patterns that identified villages in the region. This made it easy to know where the men onboard the ships came from.

After time, specific sweater patterns and styles began to emerge in Ireland. Aran sweaters became distinct enough to have their own look, as did Fair Isle sweaters. These sweaters were so distinct that it was easy to tell exactly where they came from. Both these types of sweaters continue to maintain their unique look to this day.

In 1921, sweaters became royal. This was the year that Edward VIII, then the Prince of Wales, was seen in public wearing a Fair Island sweater. This set off a fashion craze around England and in the U.S., as everyone wanted to get that royal look.

By the 1930s, sweaters were a hot fashion item with women. In the middle of the decade, a gorgeous teenager was discovered by a Hollywood movie scout sitting at a soda foundation counter. This was Lana Turner, the original “sweater girl.” The way Lana filled out her iconic tight sweater turned the sweater into a fashion must-have for every young woman and Hollywood starlet in the U.S.

Sweater fashion blossomed and eventually, an entire sweater culture was born. There are many different types of sweaters in popular fashion, from thick cable-knit creations based on those original Aran sweaters to cardigans made with buttons to high-fashion, high-glam designs that are still proudly worn by fashion elites and Hollywood glamor girls.

There are lots of ways to wear a sweater with overalls to create all kinds of looks. It’s been established that overalls and sweaters have been worn by the military, by working professionals and by the world’s most celebrated fashion superstars. That means that these two items can create truly iconic looks together.

You can find lots of ways to play with this classic combination featuring two fashion staples. Start with some basic great looks and then start having fun with your own fashion from there. Soon, you’ll be making all your own looks and styling them just like a pro. 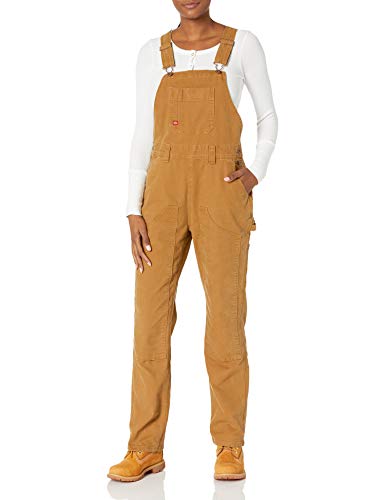 You’ll be ready for any hayride or fall-themed casual activity with overalls and a loose-fitting, bulky sweater. A nice thick knit sweater in an autumn color like deep yellow, rust red or olive green looks amazing in fall. Choose casual shoes to complete the outfit. Tennis shoes or classic canvas loafers will look amazing with this casual outfit.

Pair this with any type of darker-colored overalls. Dark denim or dark corduroy overalls is a great fall look and those overalls will help keep you a bit warmer on those chilly fall days, too.

Denim overalls in a lighter wash are the perfect basis for a casual, cheerful daytime look. Wear these overalls over a light knit sweater in yellow. Cuff up the bottom of your overalls and wear ankle socks or no-show socks with sneakers. This is a cute casual look that’s perfect for early fall and early spring activities of all kinds. 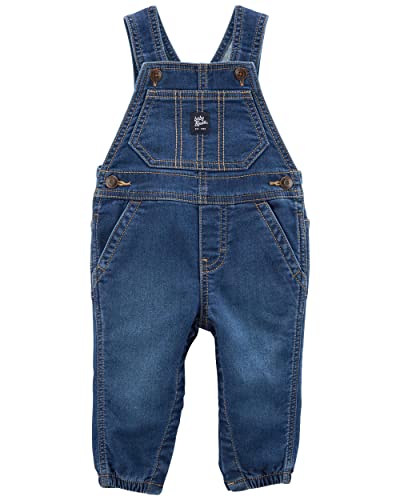 Overalls can be a high fashion item when they’re styled that way. Capture a totally high fashion vibe with overalls by pairing them with a lightweight blouse underneath and topping them with a long, knee-length cardigan sweater. Finish the look with ankle boots and a great handbag and you have a look that is casually chic and highly fashionable. Work with the colors you like to create this amazing daytime casual look. Don’t forget to cuff your overalls to allow the entire ankle boot to show. This is key! 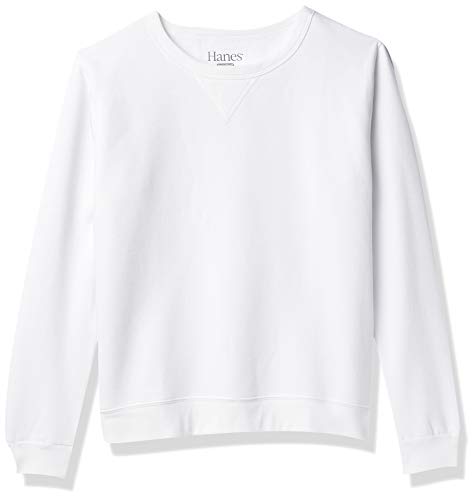 Capture a great sporty look that would look just as gorgeous on the deck of a sailboat as it would on a late summer picnic by pairing classic overalls with a white knit sweater. Choose a sweater with a wide neck design and cuff the overalls to show off a pair of low-cut canvas shoes and no-show socks. This casually elegant outfit is perfect for any late afternoon or early evening activity in early fall or early spring. 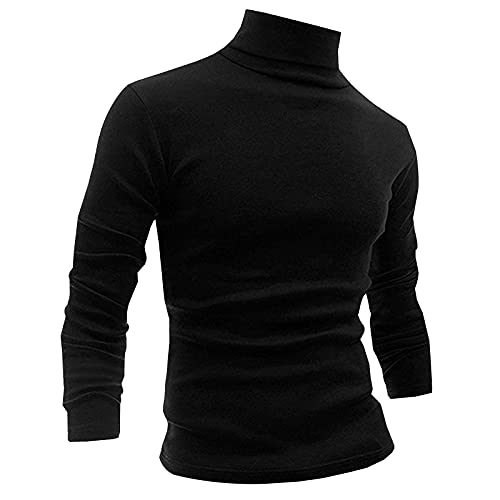 Wear a pair of fitted overalls on top of a black knit turtleneck sweater. Top this with a pair of dark glasses, an overcoat and your favorite purse. Add closed-toe high heels in black and you have a truly sophisticated overalls look that is casual but head-turningly gorgeous, too. Feel free to enjoy any daytime activity in this gorgeous outfit. 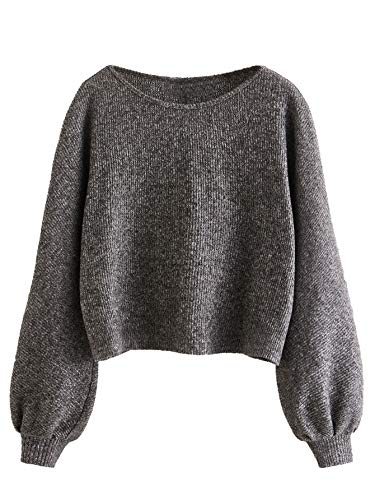 Think that overalls and a sweater can’t look sexy? Guess again. A cropped, close-fitting sweater with a pair of overalls on top is tantalizing and eye-catching. You can make this look a casual one by choosing distressed denim overalls and loafers with no-show socks. This will look great for casual daytime activities like watching sporting events. Or, you can glam it up a little with overalls in darker denim or another material and some wedge heels. Either way, this outfit is perfect for spring and fall. 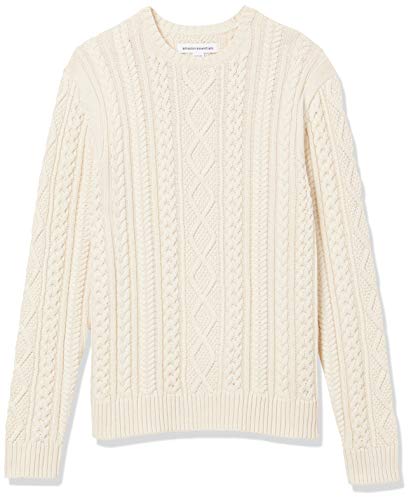 Put together a great looking daytime winter outfit by putting on a sweater under your thick overalls. Top this with a puffy vest and finish the look with a knit cap and some fur-lined boots. This is an amazing multilayered look that is great for cooler weather. If it’s super cold out there, top the whole thing off with a heavy coat. Wear this in winter for any casual event. 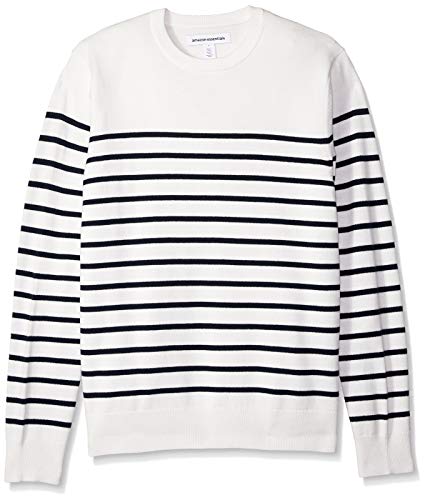 Play around with contrast and color by pairing a striped navy and white sweater with some dark denim or dark blue overalls. Add a knit scarf, a purse and a pair of high heels and you will look stylish and amazing for any daytime casual event in the fall or spring. Choose a scarf, purse or heels (or all three) in a contrasting color, such as a vivid red, to really make the outfit pop.

Can You Wear a Sweater with Overalls?

Sometimes, pairing two classic pieces of fashion just absolutely works. Finding the right combination of sweaters with overalls is all about exploring your style, playing with different pieces. Mix and match different colors and accessories to bring your looks together.

There are actually lots of ways to combine a sweater with overalls. Create looks that range from casual to sophisticated to stylish to anything else you want. Once you get used to pairing these two items together, let your own creativity take over and start experimenting with all sorts of different fashion looks. Your style is yours to create, after all. Who knows where this exploration will lead you?

The New York Times – The History of the Sweater: And Where Does It Go Next?; Fashions in Sweaters Have Varied Since 20’s

WikiHow – How to Style Overalls