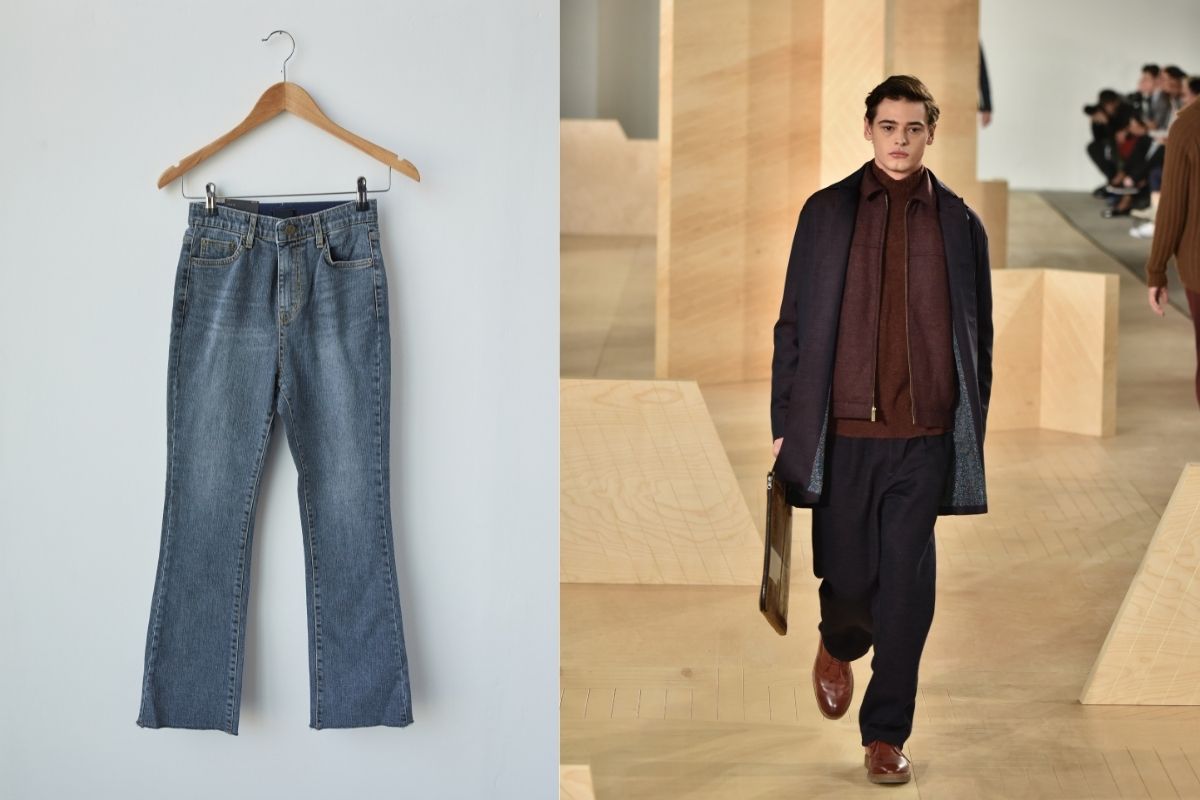 So, I have this pair of mom jeans, which are not retro ‘now’ fashion, but which are genuinely from the ‘80s. They have worn cuffs and the waist is slightly frayed, but otherwise, they may have walked out of the store yesterday. That’s the magic of denim pants, isn’t it? Partly, this is because it’s a twill fabric.

Let’s unpack exactly what denim and twill are and how they stand up against each other as fabric from which pants are made.

Denim is a type of cotton fabric with a diagonal twill weave pattern. It is typically used to make clothing and accessories.  That familiar pair of jeans is, of course, made from denim. 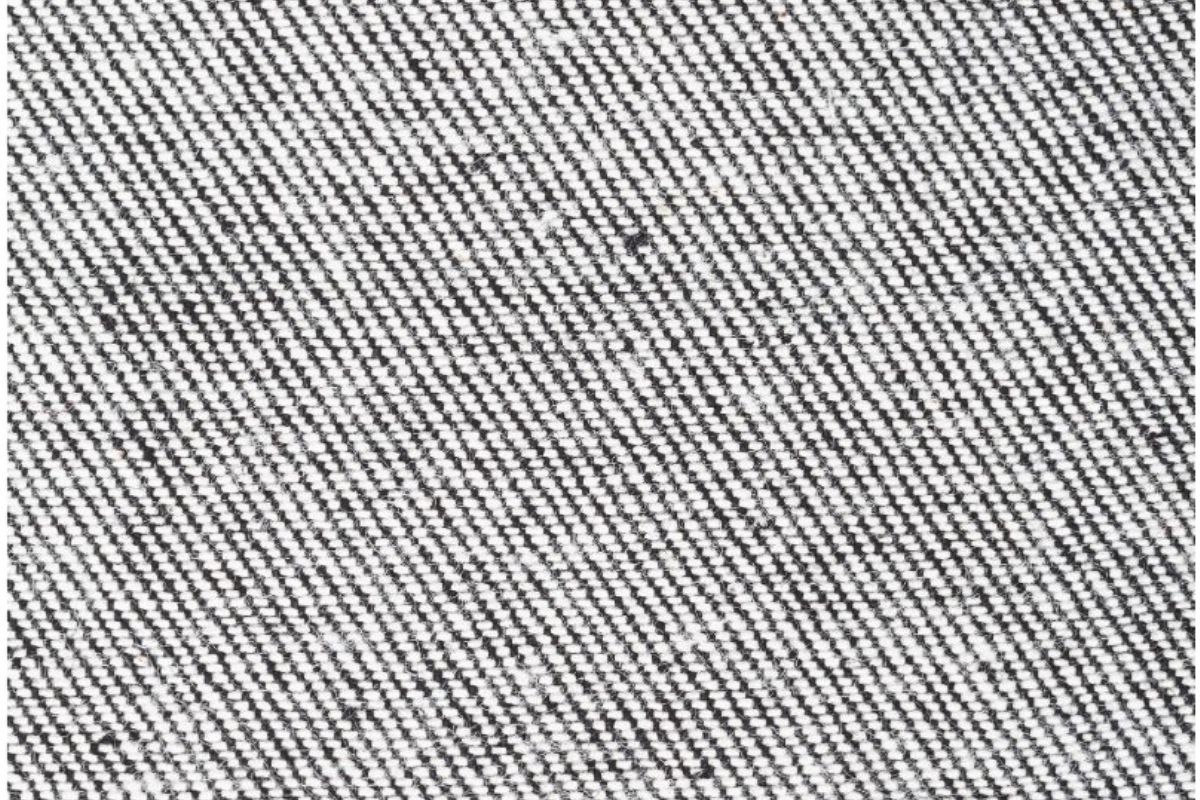 Twill is a plain weave fabric. It is also specifically the name of a diagonal weave pattern and is what is used for, amongst others, the popular and ubiquitous chinos we all love to wear.

Features of denim and twill

On most fabrics, you’ll see a straight pattern. Then you have the twill weave, which is diagonal on the right side. This is the weave you’ll find on denim jeans and pants like chinos, or pants made with a lighter twill fabric.

So, basically, denim is one of the twill fabrics. Even from when it was first produced in the 17th century, it has taken on a life of its own, though. Initially, it became recognized for its usefulness as work clothing for manual and hard labor, being very strong and able to hide the dirt. Denim is always 100% cotton, making it a natural, breathable, durable fabric. Work pants made from denim became adapted into the beloved jeans we all own today.

The diagonal weave of twill makes it strong, so it’s often used for durable clothing, such as work pants. Because different yarns are used, a variety of weights and thicknesses of twills can be produced and the fabric is used for items other than pants, such as jackets and coats, and even dresses and drapes.

Typically, both twill and denim are made from cotton. However, twill fabrics can also be manufactured from synthetic yarns, such as polyester. With all twill weaves, the yarns are packed closely together, which is what makes the fabric strong.

The pattern of weaving with both twill fabrics and denim is the characteristic twill weave. The weft yarn is threaded over and under the warp yarn, which produces a diagonal weave look on the right side of the fabric. 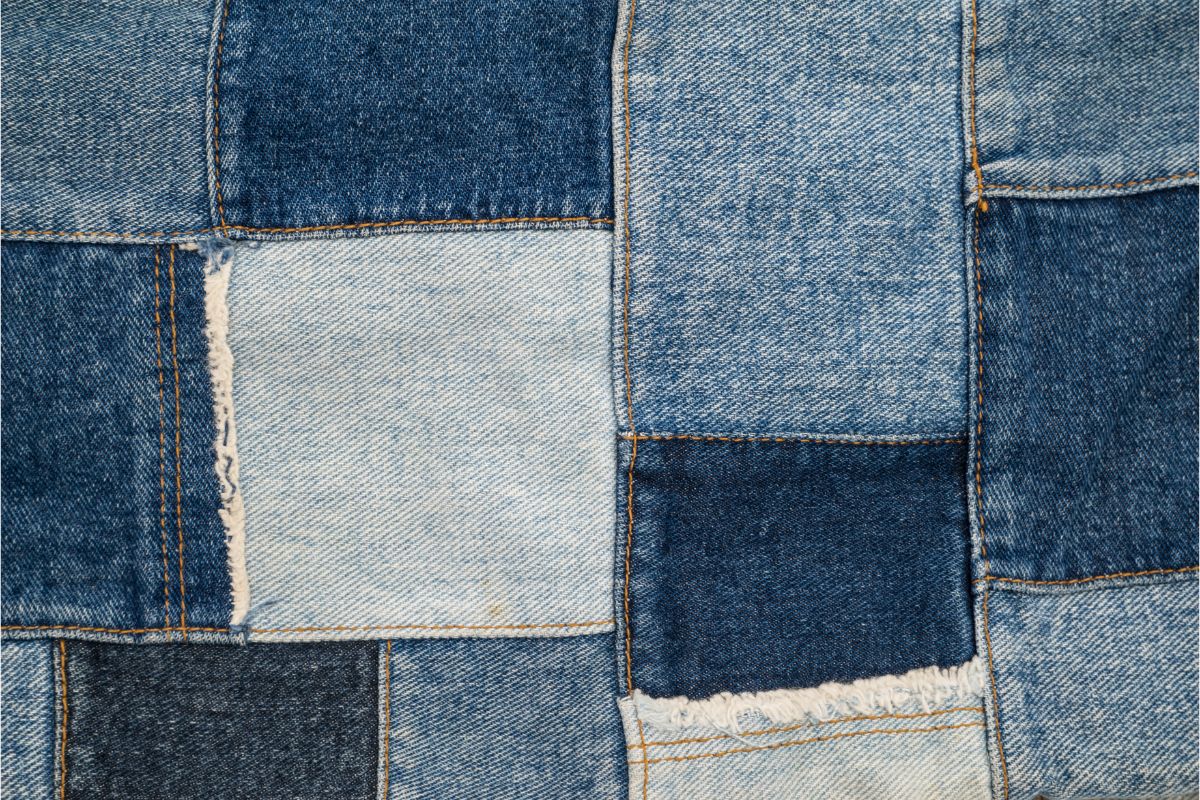 With denim, the warp yarn is dyed before being woven, and the weft yarn is left undyed, so the fabric has a double-tone look. The original color used to dye the warp yarn was indigo, which is what gives denim the characteristically slightly faded blue. Over the years, just about any color of dye has been used, so denim pants really are available in a range of shades.

The pattern of weave with warp and weft threads can define the type of twill that is used. It is also possible to produce different thicknesses and looks of twill pants, depending on the type of yarn used in the weaving.

As a natural fiber, cotton holds dyes well, which means that both twill and denim pants can be dyed with patterns, which adds to their design versatility.

The durability of denim and twill

It’s not a coincidence that twill fabrics, including denim, are widely used for pants, apart from other pieces of clothing. How many pairs of pants have you worn out that aren’t made from these strong fabrics. It’s also no coincidence that people wear denim jeans in a variety of rough occupations and can keep them as fashion items for season after season.

This is because the characteristic, close-packed weave of twill makes the fabrics very strong and durable.

What adds to the life of denim pants is the double-stitched edging to pockets, waistband, and seams. The backside and knees of a pair of jeans are more likely to wear out before a double-stitched seam shows any more signs of wear-and-tear than slight fraying.

Twill costs about $8 -$12 a yard. This depends on the fiber that has been used in the weave, as well as the density of the weave and colors and patterns used in the manufacturing process.

Denim costs about $10 – $15 per yard. This is affected by the thickness of the fabric as well as any color details or patterns in the weave. 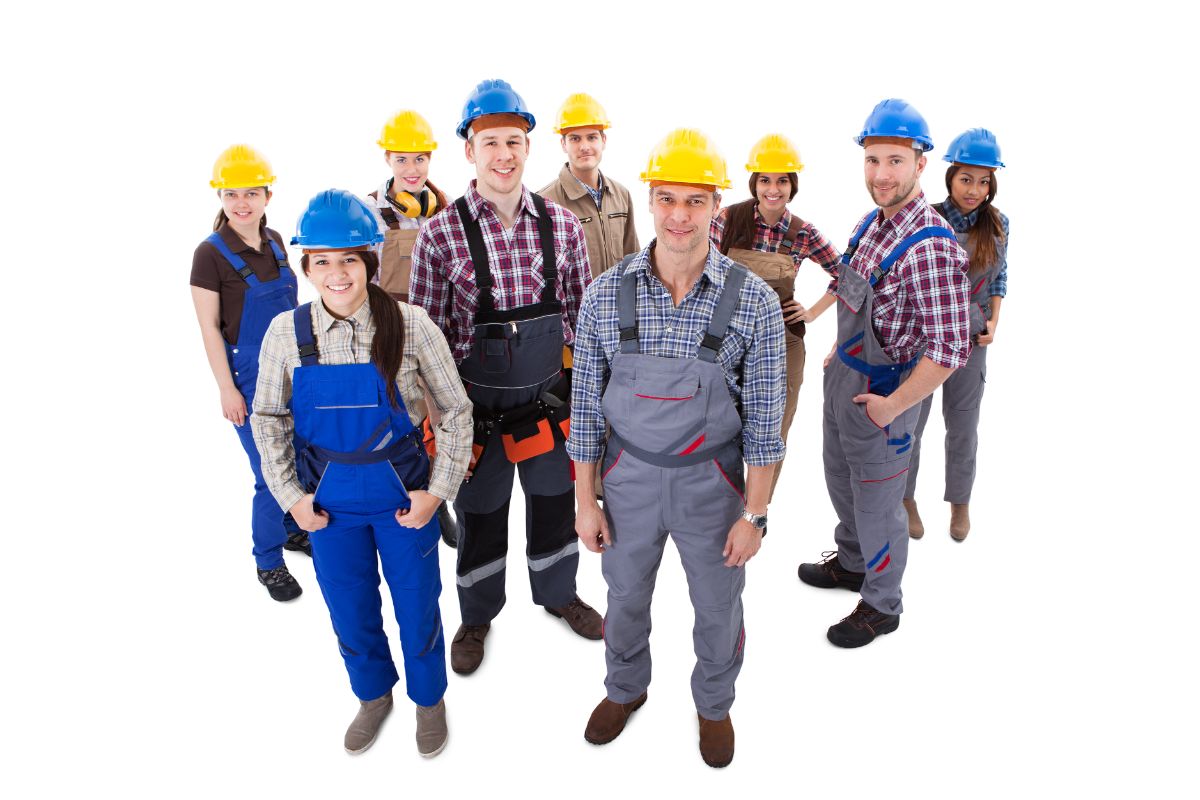 Both denim and twill are strong, hardy fabrics that wear well and don’t show dirt easily. This makes them both useful as work clothing in a variety of professions and trades. The work pants made from denim characteristically have many pockets, which can hold tools and other items easily.

Because of the diamond look of the twill weave, both twill and denim produce an unusual-looking fabric for pants, when compared to the straight lines of the satin and plain weaves.

Then, of course, denim can be stressed, frayed, adapted, and  still retain its appeal.

A brief history of denim and twill 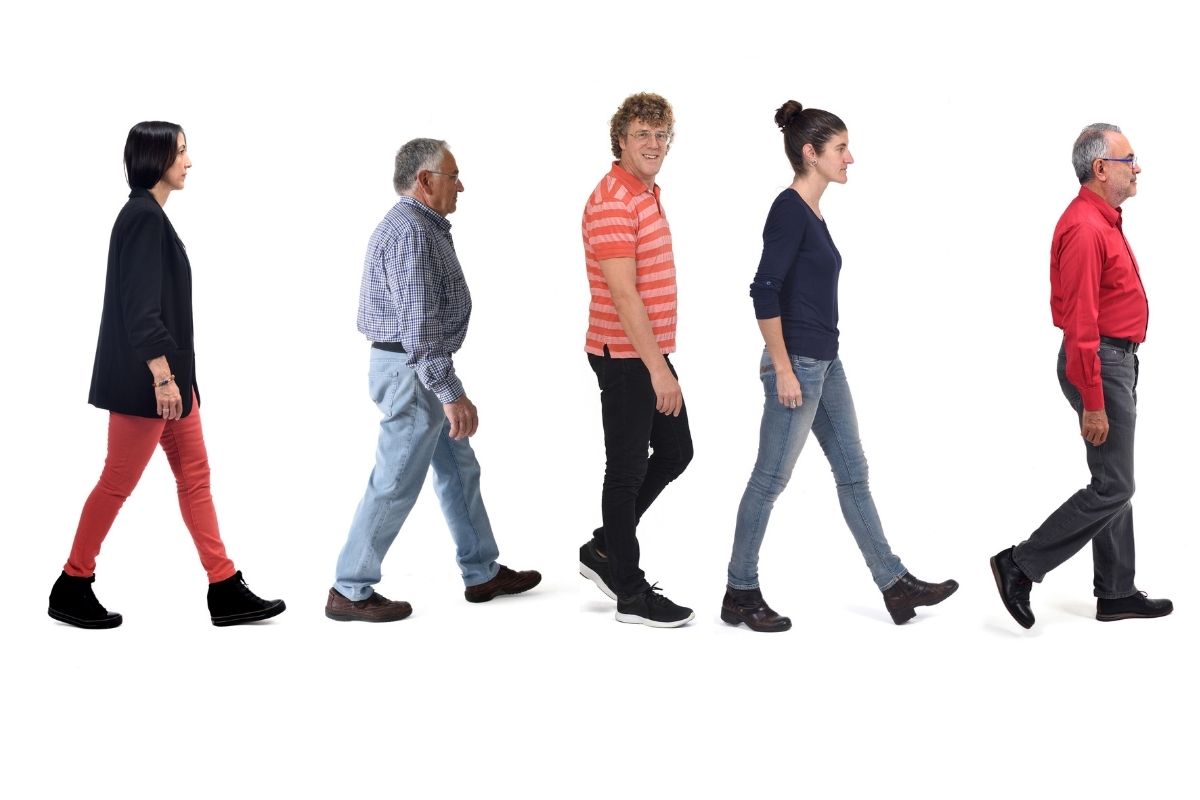 Both twill and denim have their origins in a strong fabric that was woven in Genoa, Italy, which weavers in Nimes, the center of weaving in France, worked to emulate. The characteristic diagonal weave of the strong fabric became known as a twill weave and twill fabrics were born. The name ‘twill’ originates from Old English ‘twi’ (meaning two) and the Latin ‘bilix’ (meaning threads).

One of the specific fabrics made using the twill weave was developed as far back as the 1600s as a tough fabric suited to clothing for workmen. This became known as ‘serge de Nimes’, which became adapted to ‘serge denim’, which is where the name ‘denim’ originated.

Denim became popular in the US during the 1800s, when the miners in the Gold Rush sought strong pants with pockets in which to keep their tools and finds.

Twill fabrics are more widely used than denim, which has become specifically a fashion-related fabric. What would any wardrobe be without at least a few pairs of denim jeans? Not to mention a denim jacket, hat, or tote bag thrown in?

Twill, on the other hand, is used to make more than pants and fashion items. It is also used in blankets, mattress covers, tablecloths, curtains, and towels.

If you consider denim pants to be just another form of twill pants, then I guess there really is no comparison between them, is there? Twill is more versatile, as durable, has an interesting history, and is as ubiquitous as denim. However, there is just something about denim that draws me in.  Maybe it’s because I’ve always had at least two or three denim items in my wardrobe. Or maybe it’s just those mom jeans that take me back while moving forward.