Skip to Content
Wristwatch batteries vary considerably between the original battery a timepiece is bought with and aftermarket replacements. Understanding the chemistry type of the battery involved as well as the coding can help solve how to replace one when it burns out as well as what options exist for longer-life replacements versus typical industry lifespans that only last a year or so. 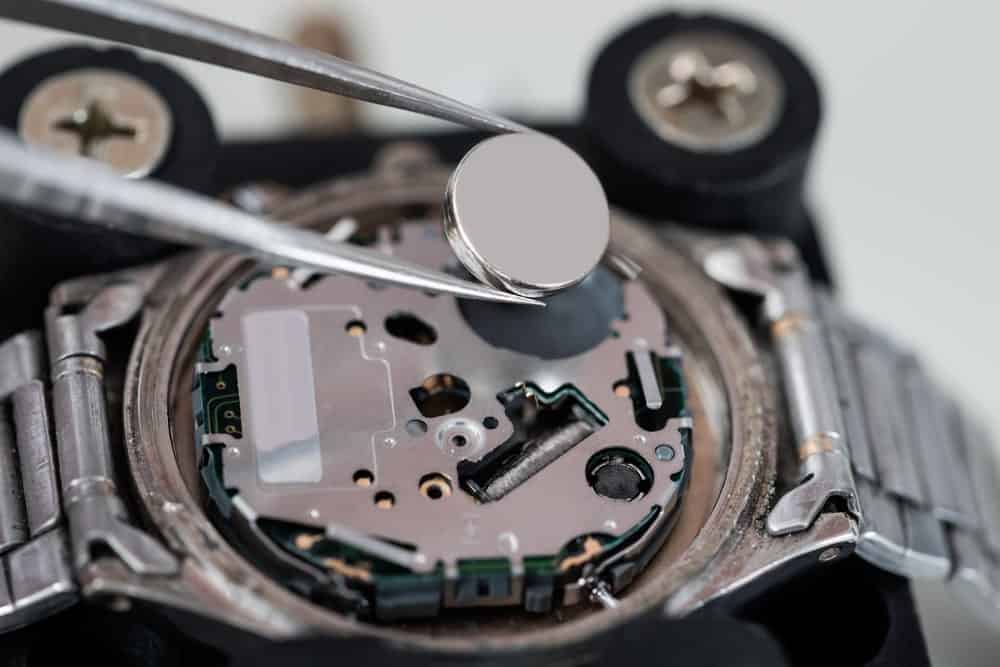 If a wristwatch doesn’t rely on regular winding by a user and an corresponding assembly to keep its parts moving, which is what traditional watches used for centuries, then a battery is needed to provide the power to keep time working.

Given the size of watches, then and now, most folks assume the battery in a watch is a swappable commodity, basically the same wafer-thin power cell that one can find in any watch, regardless of style or model. This is a myth. In fact, a number of different battery sizes and models are used in watches today and have been for quite some time. And they vary quite a bit in size as well as in the materials used to make the battery work.

For compatibility across country borders and regional territories international standards were recommended by the wristwatch industry for the use of the battery codes provided by IEC 60086-3 criteria. Covering everything from size to alternative codes, the IEC 60086-3 has become the Rosetta Stone for deciphering the various alphanumeric readings one finds on watch batteries and which timepieces they fit in.

Table Contents show
Chemistry Creates Differences
Figuring Out Which Battery You Need
Preventative Care: Changing the Battery
The Age Difference in Batteries
Which Battery to Get
Smartwatch Batteries, Built-in Obsolescence
Other Alternatives

Watch batteries don’t use microscopic hamsters on rodent wheels to generate their energy. Instead, these tiny power cells use an old-style technology via chemical reactions to create the energy that in turn helps power mechanical assemblies that run on them. And wristwatch batteries differ by which chemicals are used.

The four big categories are alkaline, mercury-oxide, silver-oxide, and zinc-air. Some of these have a very long consistent of voltage for the duration of the battery’s life. Others generally fade out and lose their “zip” over time. They range from 1.35V to 1.55V and one is not used anymore at all due to the risk of chemical poisoning (mercury-oxide).

Figuring Out Which Battery You Need 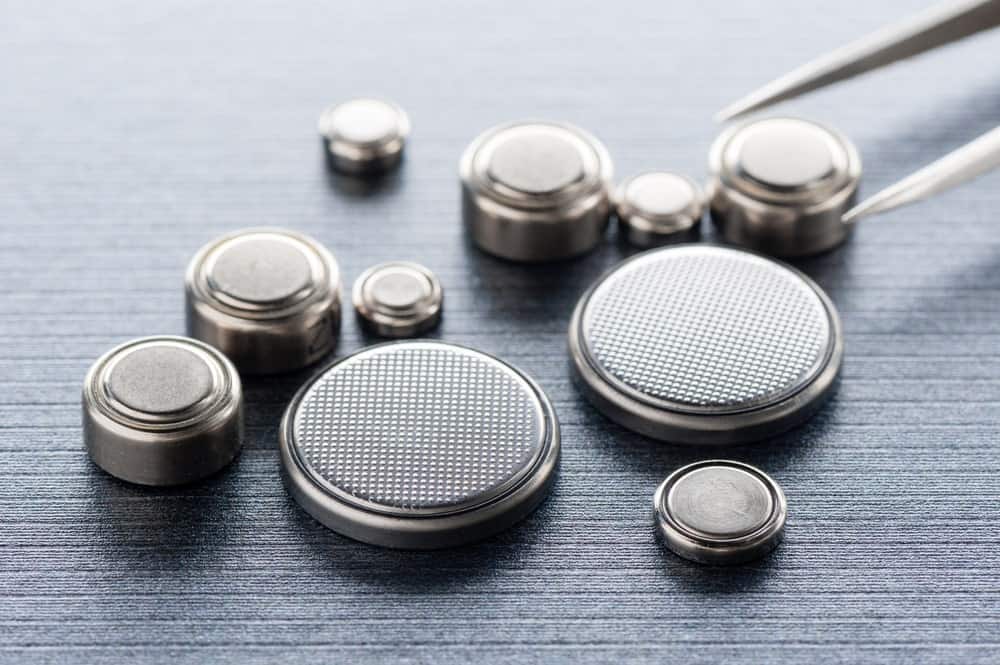 Ideally, a wristwatch owner will still have the burnt-out battery that was in the watch when it was still working. This is essential because the old battery is still useful in terms of the reference coding etched on the battery shell itself.

That information literally tells a user or repair person what model battery fits in the watch and works correctly. However, if it is lost, many times the watch itself will have the same or similar information etched on the backplate or included inside and detailing the battery type needed.

There are two different code families in play in the wristwatch industry today: the American National Standards Institute ANSI Code and the International Electrotechnical Commission IEC Code. Here’s how it breaks down for both:

As kids, we were always told not to leave our batteries in our toys. Old batteries leak and the acid that comes out of them cause damage and corrosion. For wristwatches, however, the average lifespan of a watch battery without issue is fairly long at three years from the original unit purchase. However, once replaced, aftermarket batteries should be replaced annually as they don’t last as long on average and leak faster.

If you’re going to go about the change yourself, here are some tips to keep in mind:

The Age Difference in Batteries 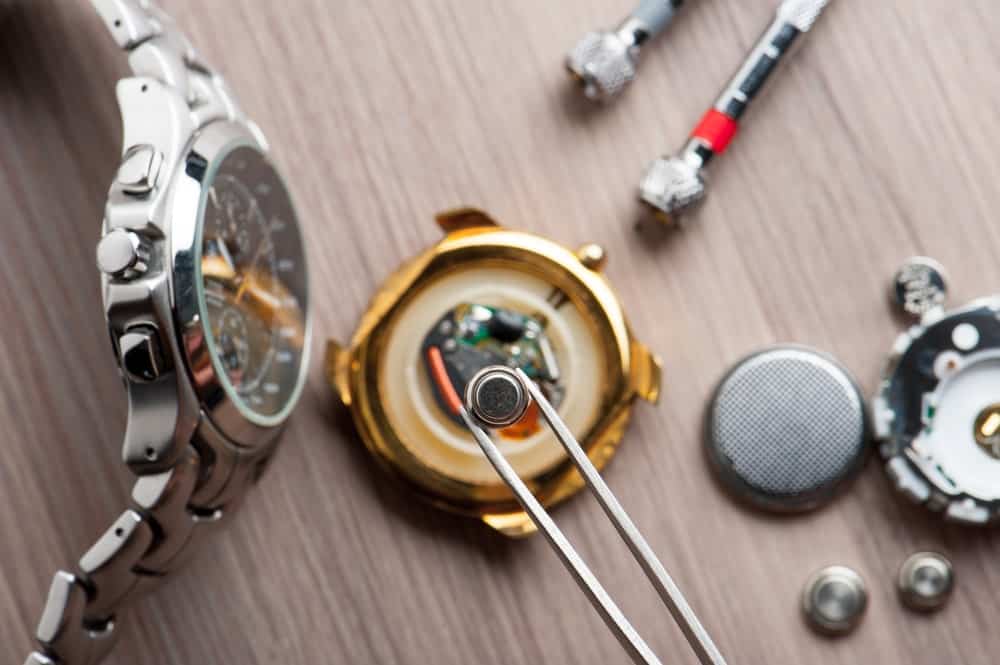 As mentioned earlier, original manufacturers’ batteries are built tremendously well, usually lasting as long as four years before failing. This expectation, however, tends to fool folks into thinking all watch batteries will do the same, which is incorrect.

Aftermarket batteries on their best performance usually only last two years at most, with most between one and two years on average. Leaving it in longer increases the risk of damage from leaking battery acid, which can be very destructive, even on metal assembly parts.

The variation in battery length is frequently impacted by what the wristwatch is expected to do, assuming no abuse. A simple timepiece with only a time output and date will last the longest. However, if the watch has additional features like multiple date tracking, a chronograph, an alarm, a calculator, or other features, it’s going to burn down the battery a lot faster. Some watches are so complicated, they’ve been built to include two batteries inside instead of one to handle the user demand load.

When a watch does fail, it will typically give a number of warning signs before full power failure occurs. The most common symptoms include the second’s hand jumping increments of five seconds instead of ticking every second, moisture build-up under the bezel from the battery chemicals, the date won’t stay correct, or the analog watch hands won’t keep accurate time. With digital versions, the symbols and numbers begin to fade and become illegible.

Which Battery to Get

Here are some of the better-quality watch batteries to consider for aftermarket replacement: 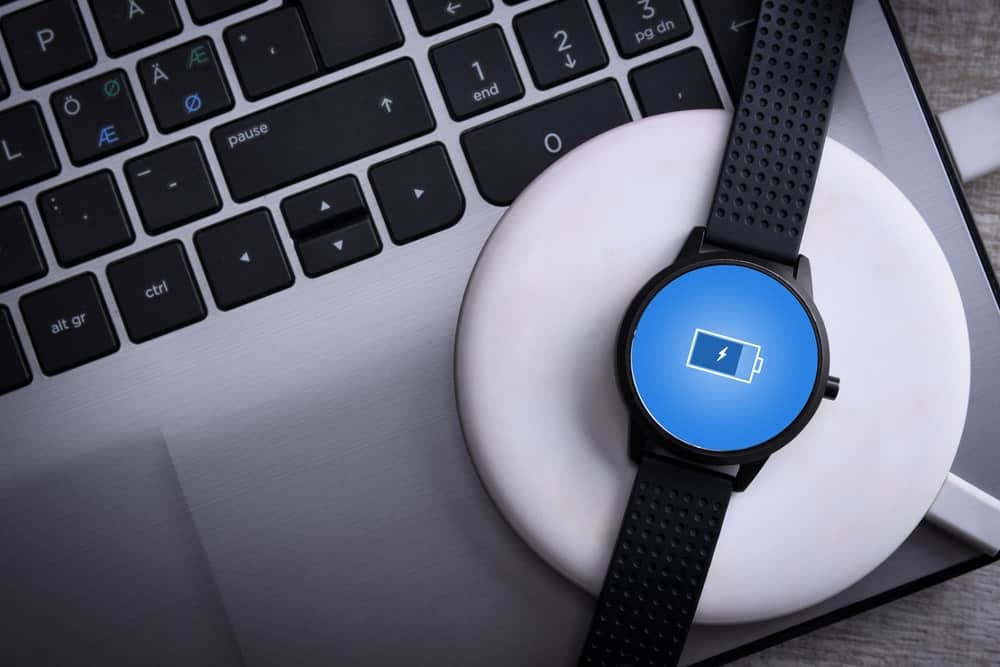 Compared to traditional wristwatches, the ability for smartwatch batteries to hold power and energy is downright pathetic. The average lifespan for a smartwatch battery before it needs a recharge is maybe two days and more like one and a half days in most cases.

This inherent blip compared to the lifespan of a traditional watch is offset by the fact that 1) the smartwatch battery can be recharged like a smartphone again and again, and 2) the smartwatch has tons of features in it a regular wristwatch simply can’t match. So, we trade in durability for convenience of everything under the sun electronic.

With the rate of technology change these days interesting things begin to happen when people push the envelope of what’s possible. Imagine if the wristwatch battery turned out to be the wearer? No, the idea is not in terms of a sci-fi cyborg connection. Instead, by simply wearing the watch the user is able to power it. This is not only possible, it’s real and available.

Matrix Industries produced a wristwatch, namely the BlackOps, that runs on energy translated from a user’s body heat. As long as the user is wearing the watch, it runs and tells time as well as provide health information like steps taken, calories burned, and sleep monitoring. It’s ideal for someone who is out in the boondocks for extended periods of time and there’s no way to pack spare battery pills safely or dry where one is going to be.

This is one of the first of probably a number of wristwatch energy breakthroughs that could, ultimately, do away with the wristwatch battery altogether within a few years from now.