All plaid classifies as "checked," print. That's why you see it described as that in fashion articles. However, not all checked prints classify as plaid. Several types of plaid and checked patterns have unique names. 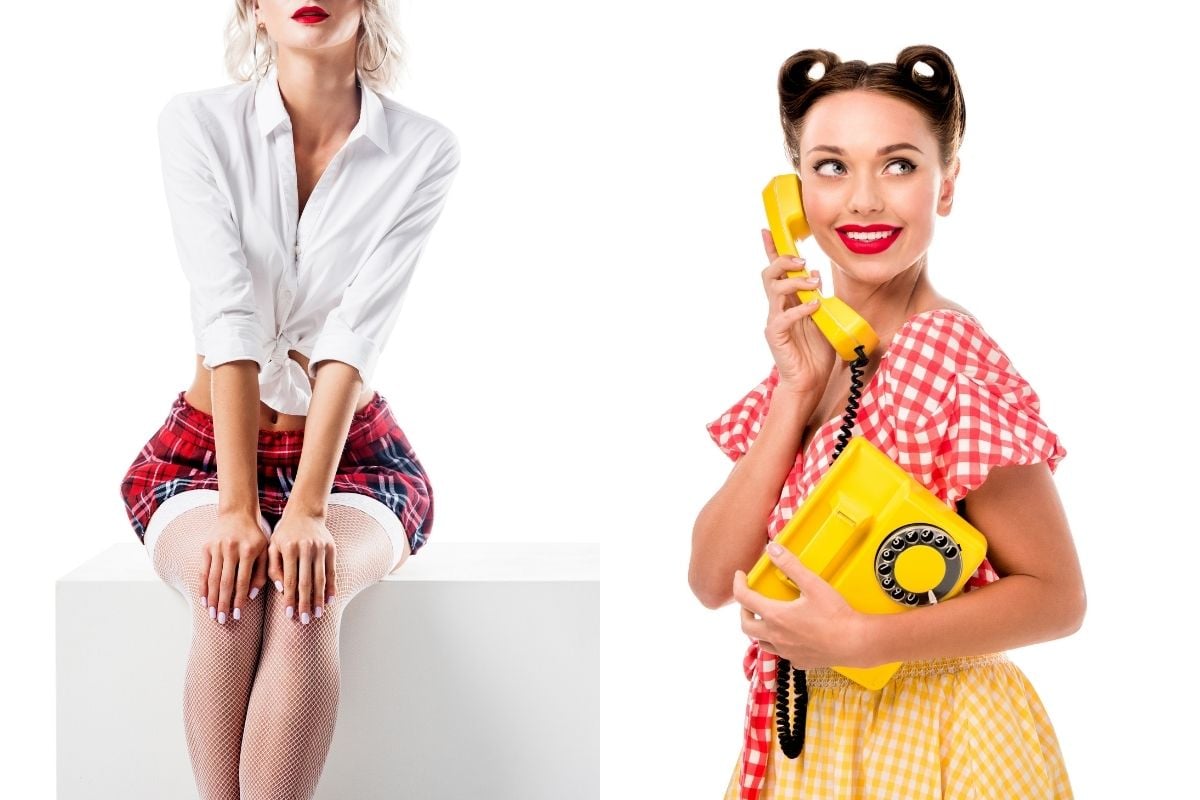 I felt relieved once I found out that every checked and plaid variation has a unique name. That makes describing them to other people easier, and I noticed one primary difference between plaid and checked fabric prints: Plaid may consist of either symmetrical or asymmetrical lines and squares but usually checked only has symmetrical squares or borders.

What is a Plaid Pattern? 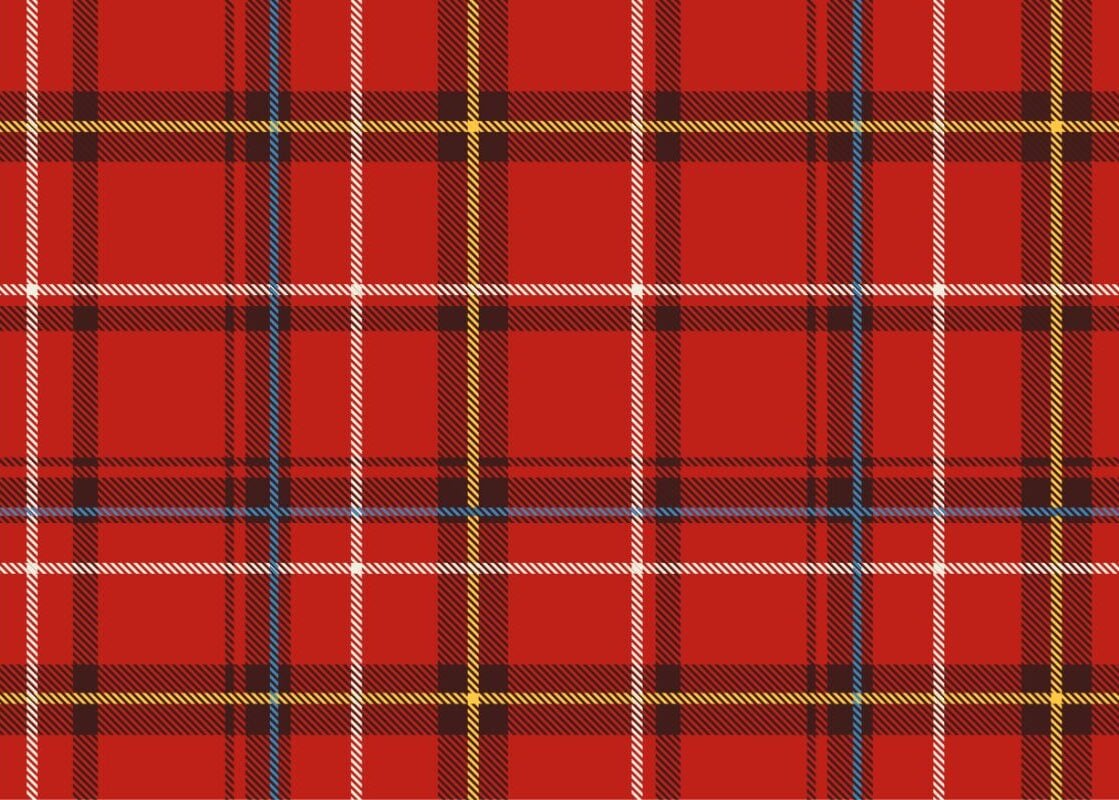 “All plaids are checks but not all checks are plaid,” says Sarina from Sew Guide in January 2022.

Plaid consists of thin horizontal and vertical stripes that intersect each other. This pattern may have squares in the background, but it almost always includes “the lines” that set it apart from “checker” square prints.

Plaid formations may appear symmetrically or asymmetrically on clothing fabric, so some squares that do appear may not always measure the same size as other shapes on the same piece of clothing.

Related: What to Wear with Plaid Skirt?

What is a Checked Pattern?

Small squares or rectangles that form a grid-like or checkerboard print represent the checked pattern. You may see them made with only two colors most of the time, but they can contain three or more shades.

You almost will never see an asymmetrical checked pattern – all squares usually are the same size. Of course, this doesn’t mean it can’t happen. When you think of how some photo galleries might have image tiles set at a larger size than others, it could occur for emphasis’ sake. However, it doesn’t occur most of the time in checked clothing.

These examples will show you the different plaid design features as they normally appear on clothing. Hint: Most modern-day plaid derives from Tartan plaid standards.

The Scottish people seem to take the plaid pattern seriously. They even have a definition of Tartan plaid print written into the Scottish Register of Tartans Act (2008) legislation.

Section 2 of the Act says, “A tartan is a design which is capable of being woven consisting of two or more alternating colored stripes which combine vertically and horizontally to form a repeated chequered pattern.”

That exact quote, written in UK versus U.S. English, probably couldn’t describe the Tartan plaid pattern any better than anyone else I know could. This Scottish legislation sets the precedence for what Tartan plaid is.

However, it has so many variations that the country decided to allow people to register new Tartan designs from all over the world. Any new plaid pattern registered, however, must follow these guidelines to become a confirmed Tartan design. 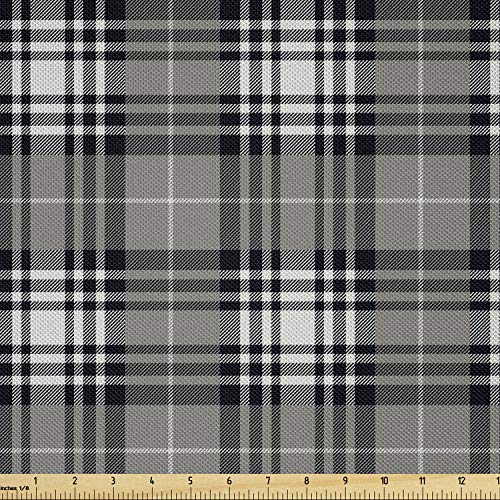 According to some sources, Tartan plaids supposedly must be symmetrical. However, I have yet to see the text within the Scottish Registrar that indicates this.

In fact, another source says that Tartan plaids are typically irregular. They don’t have to be though. Tartans can have a symmetrical pattern, which does occur in some of the newest plaid patterns found today. 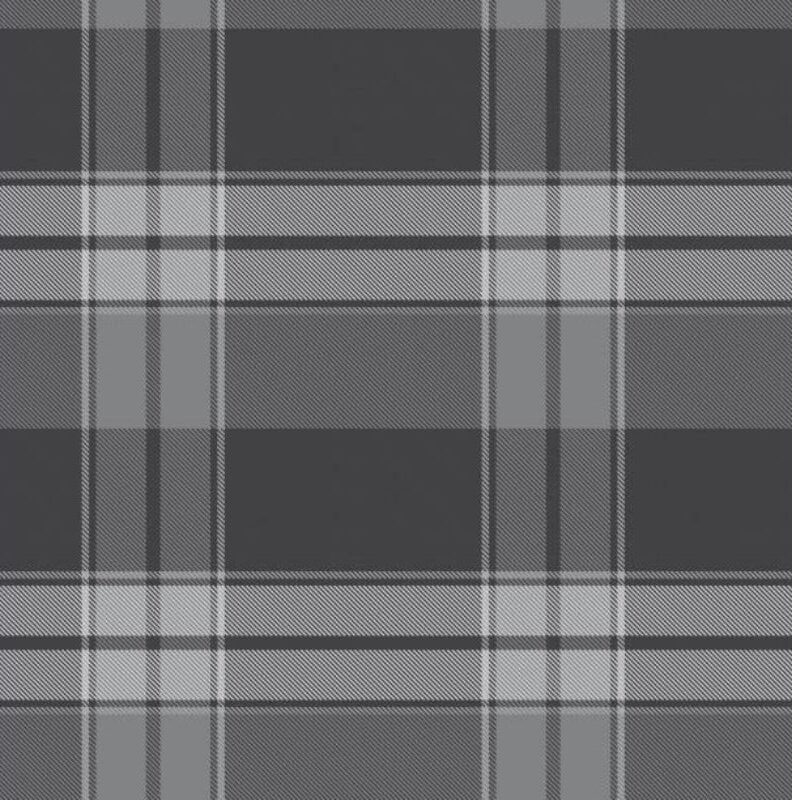 The length and width of asymmetrical plaid designs don’t all lie in equal distances of one another. The intersecting vertical and horizontal lines may create both squares and rectangles, for instance.

The glad plaid pattern combines the horizontal and vertical lines of plaid with the texture of the “houndstooth” notched checked pattern. You’ll usually see this in black and white. However, you may choose clothing with another base shade with this print on it.

Glen plaid provides a depth perception I don’t see with flat checkerboards. This makes it more interesting as far as I’m concerned.

Houndstooth check design has a print like the Glen Plaid but only shows the checked squares next to one another like a regular checkerboard. It excludes the horizontal and vertical lines that plaid typically has. Like the Glen plaid, its twill appearance provides added texture depth.

A Checkerboard design usually only has two colors in it. One acts as the “base” or background, and the other serves as the “foreground” shade. Black and white and red and black seem to show up most often, but you can find other two-color checkerboard prints for clothing.

I think of the Tom Petty’s “Don’t Come Around Here No More” or Cheap Trick’s “Don’t Be Cruel” 1980s videos when I think of the black and white checked pattern. However, the checkerboard pattern doesn’t always resemble this period.

It’s the simplest of all checked patterns, and I’ve seen white checks contrasted with other shades besides black. Any checked pattern with a white background usually falls under the Gingham check category.

Red and black checked clothing typically resemble a gaming checkerboard. However, they usually have both solid and transparent black squares in them instead of the solid black and solid red like what would appear in some gaming boards. The red and black pattern resembles the Buffalo pattern also historically associated with Paul Bunyan and lumberjacks.

The Shepherd’s check has a similar “twill” to it as the Houndstooth checked pattern or the Glen Plaid. However, it typically comes in multiple colors and may appear in smaller squares than traditional checkerboards.

Oftentimes, the pin or mini-checked shirts appear in black and white. However, they don’t have to. The primary characteristic is that the squares in the pattern measure a smaller size than traditional checkerboard patterns. The pin ones have a similar appearance only smaller than the mini ones.

The graph check style usually appears as thin lines creating equal-sized squares on a light-colored background as shown above. The windowpane check shows up like what you see in the picture below – light intersecting lines to make squares on a dark background.

Notice that some graph and windowpane checked patterns may have twilled or texture lines. However, others might have straight lines woven into the fabric.

Plaid clothing often comes in a heavy fabric, such as insulated cotton or wool. However, they don’t have to, and you may see them in linen, polyester or just about any fabric that can sustain the print shapes.

Checked patterns typically come in fleece, cotton or wool. Some materials have a softer feel than others, and I’ve seen some made for all seasons. You might occasionally see some made of nylon, rayon or silk.

Wool or cotton plaid clothing may last the longest. However, the polyester versions typically resist water more and may snag or tear less, but the nylon material may feel cooler in the summer. 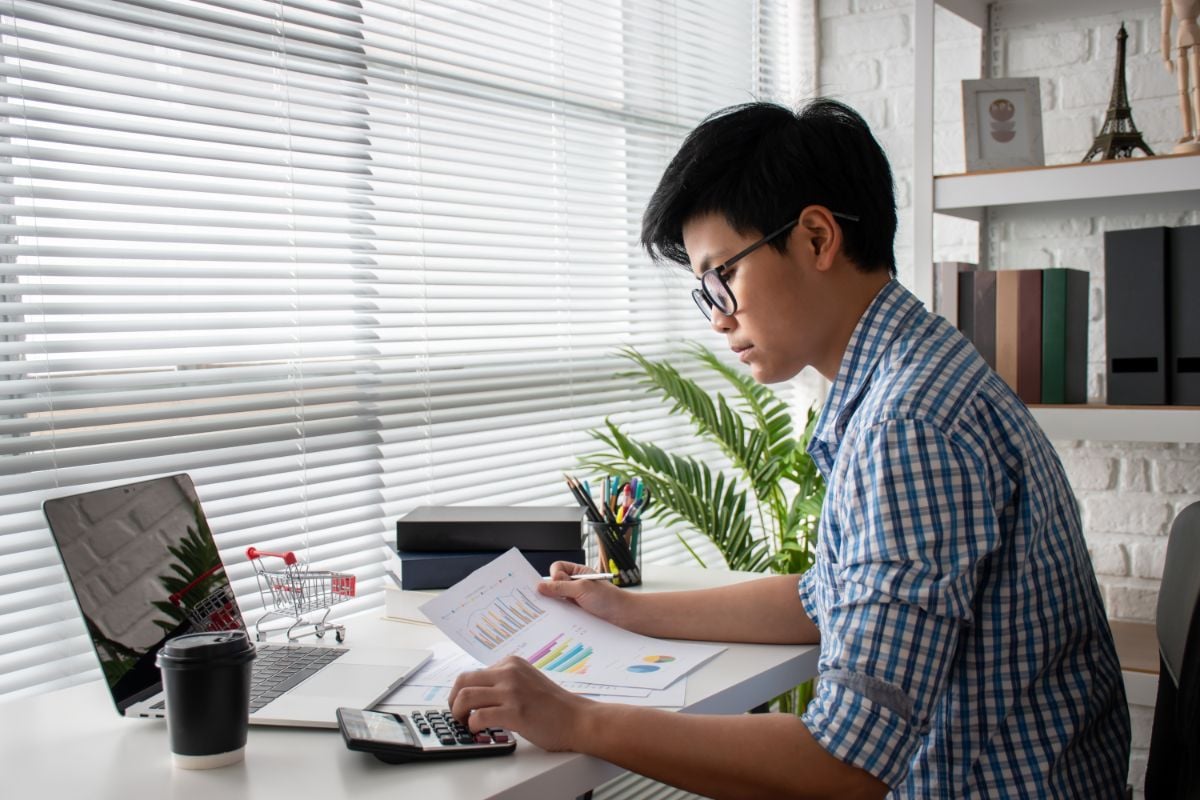 Plaid clothing made of synthetic fabrics, such as polyester or nylon, probably cost less. Prices may range from about $20-$50 per item or maybe $200 for an entire outfit. Items made from cotton or wool and silk or rayon, however, may cost at least $50 more per item, and whole suits might require twice the investment as ones made of lighter materials.

Both checkerboard and plaid patterns apparently appeared as early as 10,000 B.C. In the 16th and 17th centuries, these prints became prominent in Scotland and South India.

The checkerboard patterns also rose in popularity after World War II and usage spread to other areas of the world and is reportedly associated with Humphrey Bogart. Apparently, checked patterns may have also appeared in the King Solomon Biblical area.