Skip to Content
Despite being an entry-level smartwatch, the Ticwatch C2 has many features that really put up a challenge against the premium Samsung Galaxy Watch3. 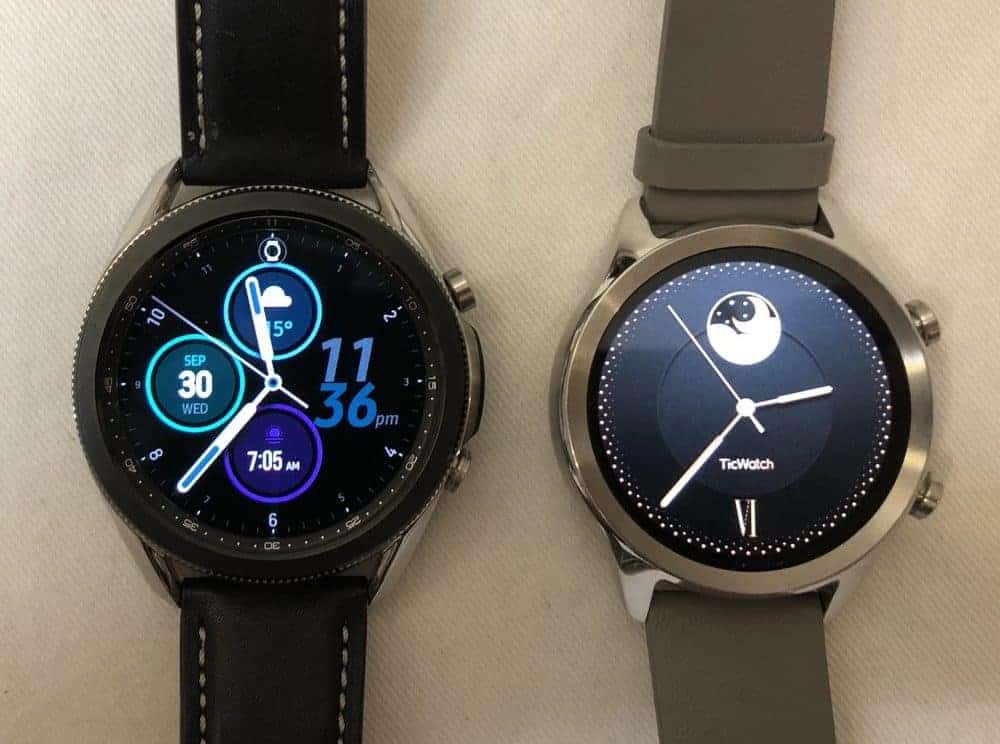 The last century has brought us a lot of wisdom. One of them was that when some politician tells you that they’re going into a “war to end all wars,” it’s a lie. The second is “Mo’ Money Mo’ Problems.”

Then here comes a cheaper alternative — the Ticwatch C2.

Both have shiny metallic exteriors and leather straps. Both are targeted towards urban people who ditched their suit and ties for pyjamas and slippers (thank you work from home).

But both watches also have major differences. At the centre of it all is price. The Samsung Galaxy Watch3 is a premium smartwatch whereas the Ticwatch C2 is an entry level smartwatch.

But beyond these ostensible differences lie another layer of bifurcation. The Ticwatch C2 runs on the Wear OS by Google platform while the Samsung Galaxy Watch3 runs on Samsung’s own Tizen OS.

These differences have major implications. It affects the voice assistant quality, the speech to text function

Why the Ticwatch C2 makes for a better newcomer’s watch

With the Ticwatch C2, you don’t have to go all in. You can test waters. You can make little bets on whether a smartwatch is something that you’ll use and enjoy.

I certainly find that the Ticwatch C2 has been adequate for most uses. It tells the time just as well as the Samsung Galaxy Watch3, but here are some reasons why it beats the Galaxy Watch3. 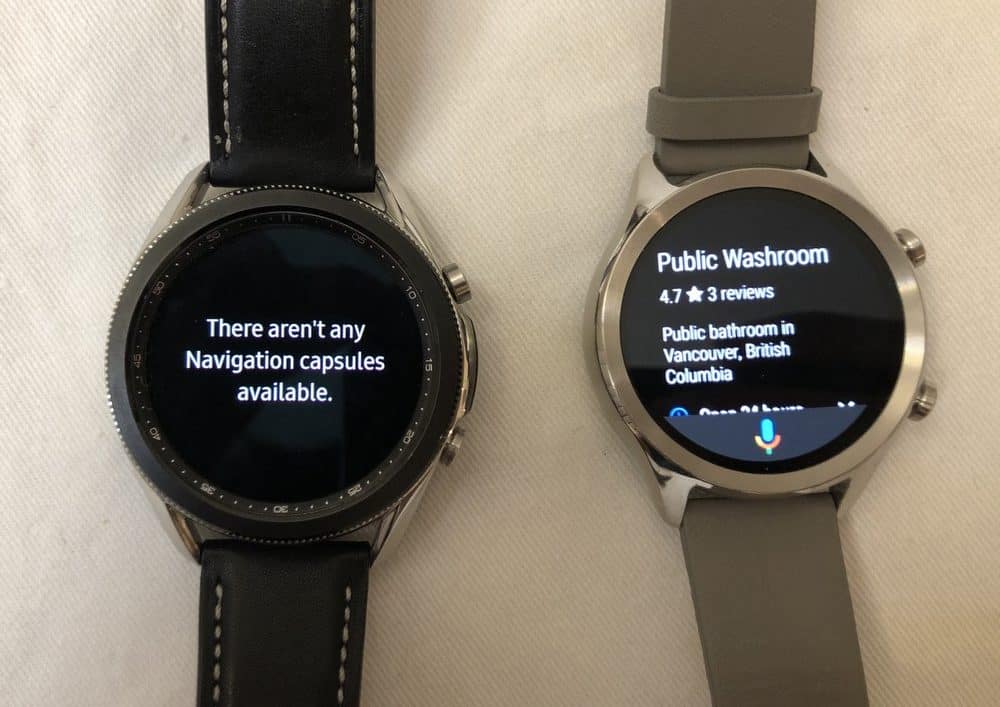 The Ticwatch C2 has Google Assistant, which is one of the best voice assistants available.

Whereas the Samsung Galaxy Watch3 has Bixby. Bixby is not as good.

Samsung’s speech to text system has improved over time but it just can’t compare to Google’s superior system.

The Samsung Galaxy Watch3 is more likely to misinterpret what you said as compared to Google.

And you can’t throw random queries at Bixby. It’ll give up.

Whereas if you ask Google Assistant something random, it’ll search Google for an answer.

So, when it comes to reliability and dynamism, the Ticwatch C2 wins because it has the better of the two voice assistant systems. 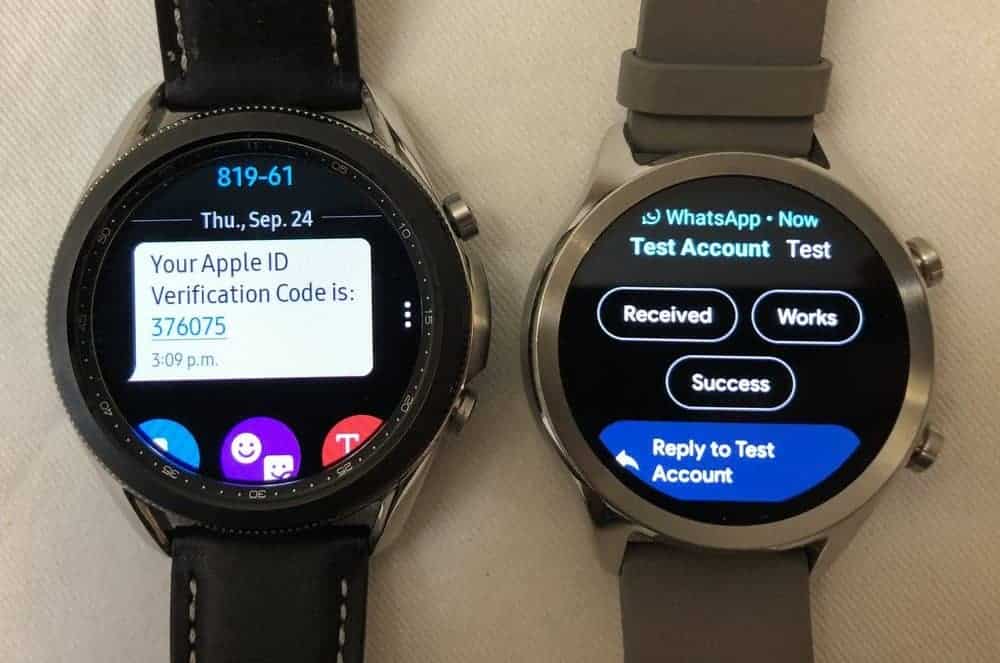 As stated above, the speech to text system differs in transcription quality.

This has implications on emails, texts, and other areas of input.

Both smartwatches have the ability to reply to messages as they come in through notifications.

The Samsung Galaxy Watch3 has the advantage of being able to access my Samsung phone’s messages and email logs. That’s very convenient.

However, I have never really used that feature that much. I often opt to just use my phone to access my message logs.

The Ticwatch C2 can’t do that, but what it does better is get your dictation transcribed accurately.

On average, I find that I discard more messages when I use the Samsung Galaxy Watch3 than when I use the Ticwatch C2. Discarding a message is a real frustration since it means that you’ll have to compose the message all over again. 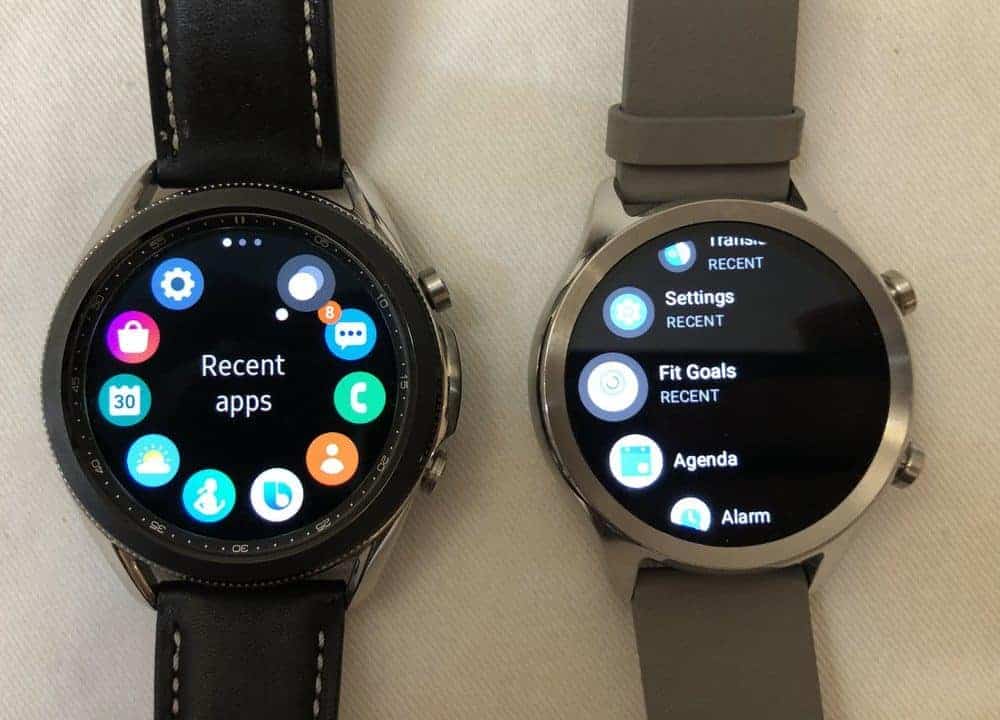 The Google Play Store on the Ticwatch C2 is far superior in variety. The Galaxy Store on the Samsung Galaxy Watch3 really doesn’t have as much diversity in app choices.

One of the things I really like about the Ticwatch C2 is the ability to download Google Maps and Keep. Google Translate is installed by default and is actually very useful if you are in a foreign country where you don’t speak the language.

Why buy the Samsung? 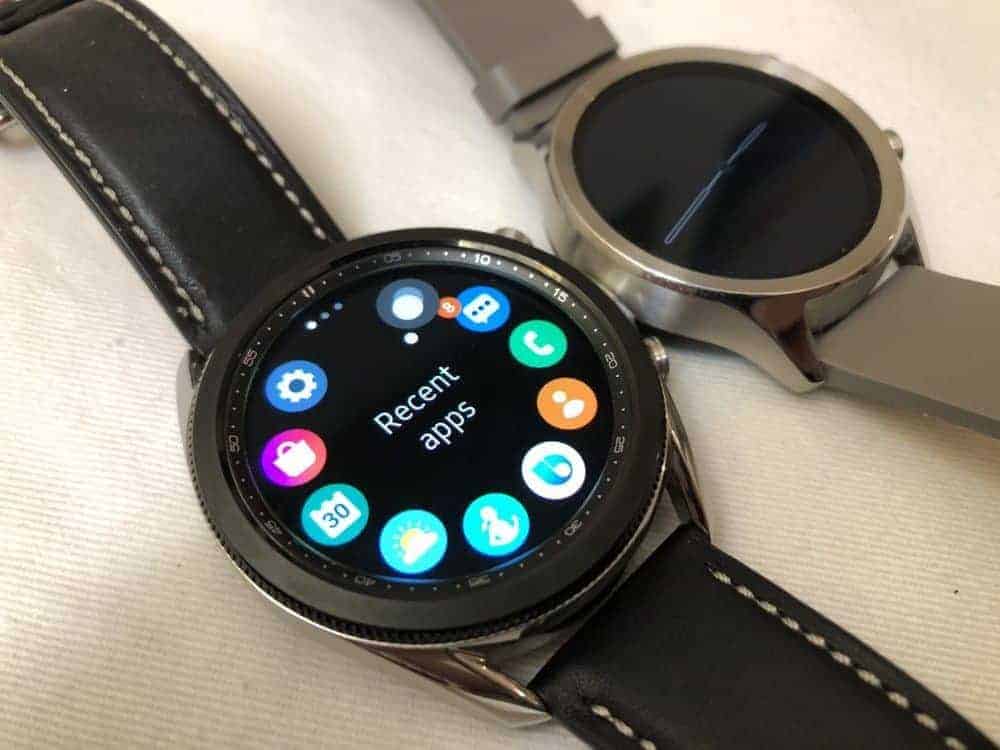 The Samsung Galaxy Watch3 has a rotating bezel. This makes navigation a lot easier than the Ticwatch C2 which does not even have a rotating crown. That means all interaction on the latter is done through swiping and tapping the display.

Touchscreens are good, but they sometimes can be very unintuitive because of the lack of feedback when something happens. 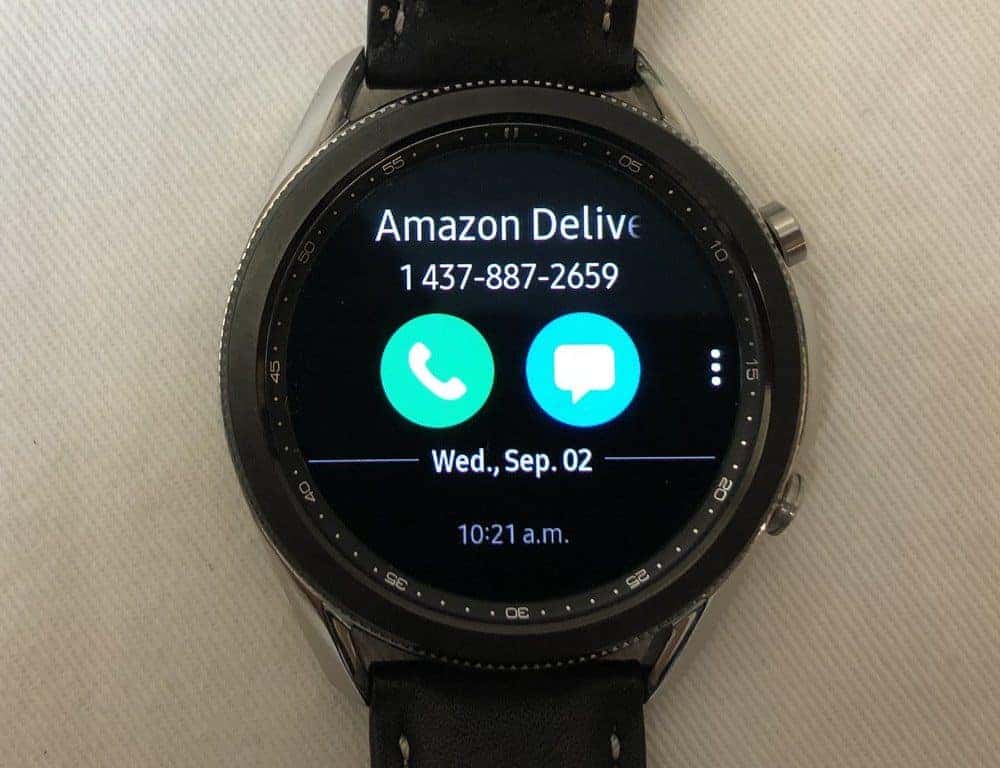 When the Ticwatch C2 and the Samsung Galaxy Watch3 vibrates, sometimes it’s because somebody wants to have a phone call with you.

You can accept the phone call on both smartwatches. But the Ticwatch C2 has no speaker so you can’t answer the call on your wrist. Whereas with the Galaxy Watch3, you will be able to answer calls and make phone calls too. 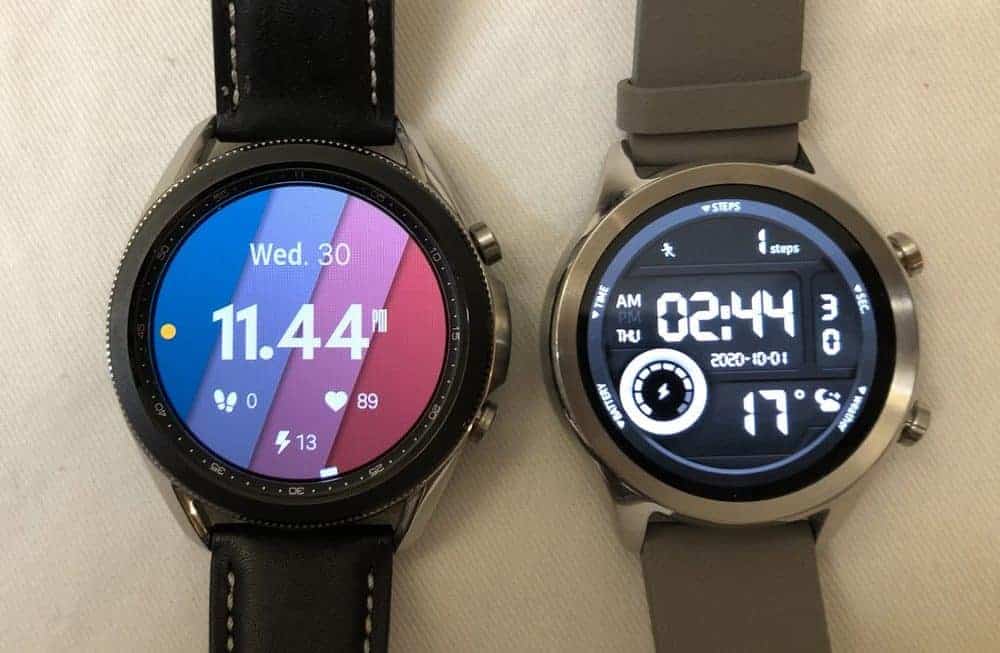 Samsung has consistently produced some of the most colourful and well laid-out watch faces. On the other hand, Mobvoi’s watch faces have consistently been less well designed.

Personally, I prefer using a digital clock rather than an analog clock, which is why I also prefer the designs that the Samsung Galaxy Watch3 has. 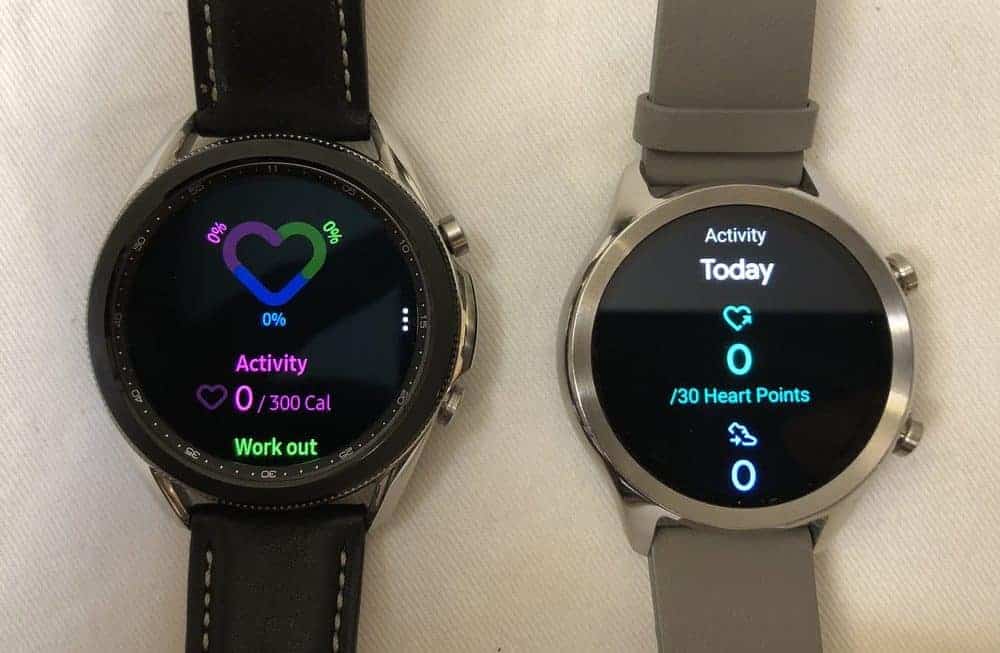 Oh boy, the Samsung Galaxy Watch3 is miles ahead in terms of its health and sports analyses.

This is really great because the Ticwatch C2 can do none of those.

The Galaxy Watch3 has green LEDs and red LEDs to measure these vital stats, whereas the Ticwatch C2 only has a green LED.

However, if this is important to you, check with Samsung before buying the Galaxy Watch3. For a long time, they were only available in Korea and only recently can American consumers access some of these features.

The other aspect of how the Galaxy Watch3 is better is in its Samsung Health workout tracking app.

One pretty high-end feature is the running coach mode. This mode uses the watch to pace you which is very cool. It’s something that I would not have expected from a watch like this.

The running coach can track many interesting statistics like your footwork (asymmetry, contact time, flight time, etc.) and also give you your VO2Max number. The VO2Max feature is also an advanced feature that I would not have expected from this watch and I am pretty delighted to see it.

The Samsung experience is also more coherent. Since the Samsung Galaxy Watch3 pairs with Samsung Health, you get all your health data in once place and you can conveniently track other metrics such as caloric intake on the phone app, as well as join some fitness programs.

The relevance of the latter suite has been diminished due to updates to Google Fit. And as a result, you will have two app suites tracking the same metrics such as stats.

The problem is that now you have to choose between the two systems to track your workouts. The TicExercise has the advantage of having a Pool Swim function that Google Fit doesn’t, but other than that, I prefer Google Fit.

That said, Google Fit is a good fitness tracker with many options of workouts to choose from. That’s great. 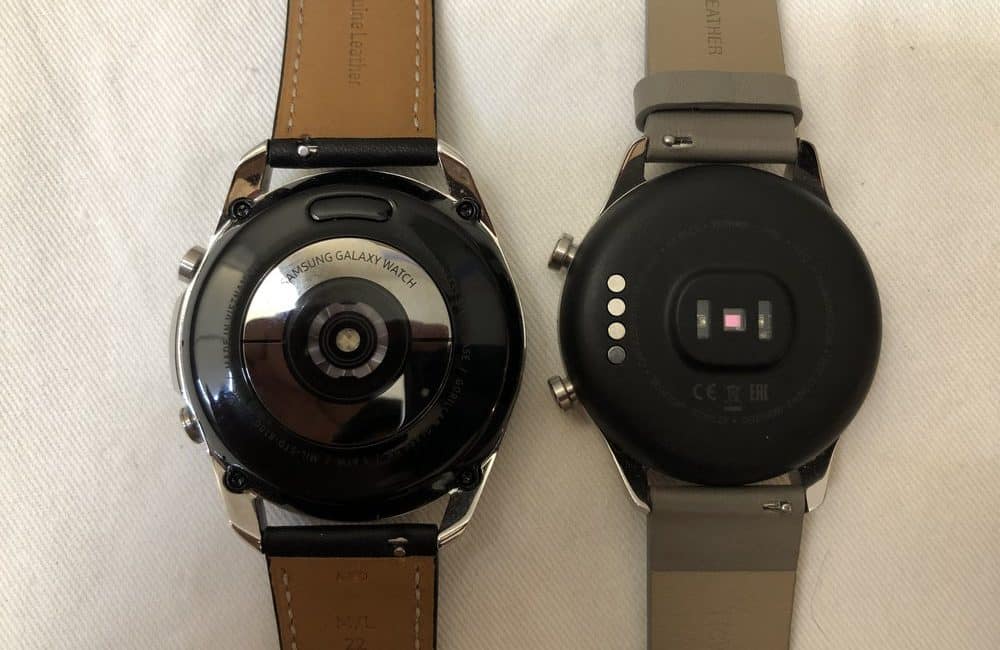 If you are seeking to find out if you like smartwatches, then you can’t go wrong with the low-risk Ticwatch C2. It has a lower price tag but the features that come with it are definitely good enough for most people. It also has some advantages over the Galaxy Watch3 including having Google Assistant, a better speech to text system and a good app store.

Whereas the Samsung Galaxy Watch3 is a full-featured, premium smartwatch which is still a bit too expensive for what it offers. However, it’s still the best Samsung smartwatch out there. I really like some of the features that were not available on the Ticwatch C2 including phone calls, better looking watch faces and better sports and lifestyle tracking.