Skip to Content
In some ways, especially the silver Founder, the Samsung Gear S3 Classic and Fossil Q Founder 2.0 look a lot alike. You can even interchange the straps. Read more. 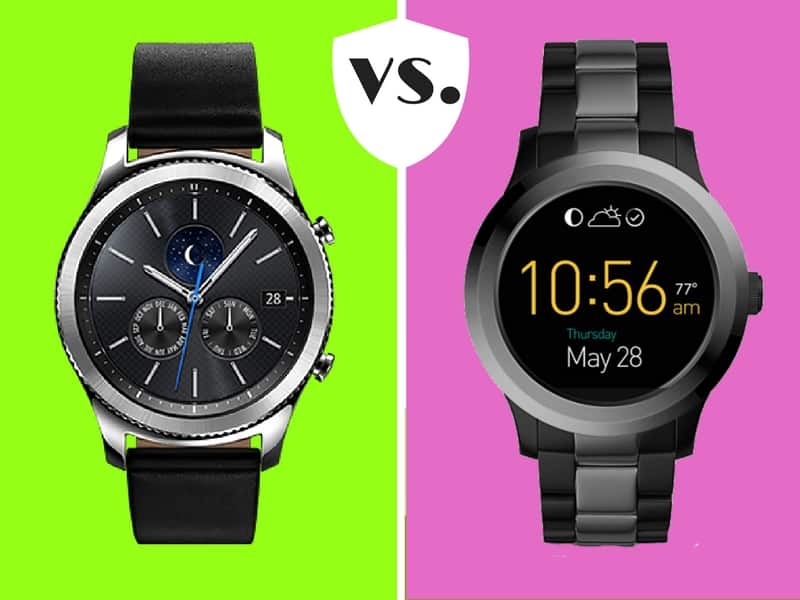 I own both the Samsung Gear S3 Classic and the Fossil Q Founder 2.0.  I’ve used both extensively.

Interestingly, these watches have more differences than similarities despite looking the same.

Without a doubt, I prefer the Samsung Gear S3 Classic smartwatch, but then the S3 Classic is one of my all time favorite smartwatches.  I rate and rank it higher than everything we’ve tested so far.

That doesn’t mean the Founder 2.0 isn’t for you though.

Price:  Both watches are priced around $300 USD.  Frankly, it’s a great deal for both relative to many other smartwatches.

Buy new clothes with Tellhco survey to save $10

Purpose:  Both are designed to be worn daily as an everyday wear watch as opposed to a fitness/outdoor adventure watch.

Shape:  Both have a round watch case.  Until recently that would have been a big deal because until recently most smartwatches were square.  However, more and more are designed with round faces.

Interchangeable Straps:  Both require a 22 mm watch strap.  This is great news for the Gear S3 because you can use the many Fossil Q straps on a Gear S3.  You don’t even have to buy a Fossil Q watch to use the straps on your Gear S3.  Just buy a bunch of Fossil straps and you’ll be able to totally change the look of your Samsung.

Speed/performance:  The Tizen operating system and higher RAM with the Samsung makes it perform so much better and faster.

User interface:  I much prefer the layout of the apps in a circle at watch face perimeter on the Samsung than the vertical layout on the Founder.

Features:  I much prefer Samsung health app (S Health) over Fossil Q.  It helps that Gear S3 has a heart rate monitor and GPS which is able to provide a lot more health tracking.  Overall, the health capabilities of the Samsung are far superior to the Founder 2.0.

Notifications:  The way the incoming notifications scroll and display are much nicer and smoother on the Gear S3.

Battery:  The battery life per charge is much longer with the S3 and the charger is easier to use.

The strap:  Frankly, the leather strap that comes with the Gear S3 is thick and not nearly as comfortable as the Fossil leather straps.

App Selection:  Because there are so many smartwatches using Android Wear for its operating system, there are a ton of apps for Android Wear… more so than for the Samsung Gear watches.