Skip to Content
The man's folded sleeves give the attractive impression that he is ready for a job. Know when is the best time to roll your sleeves. 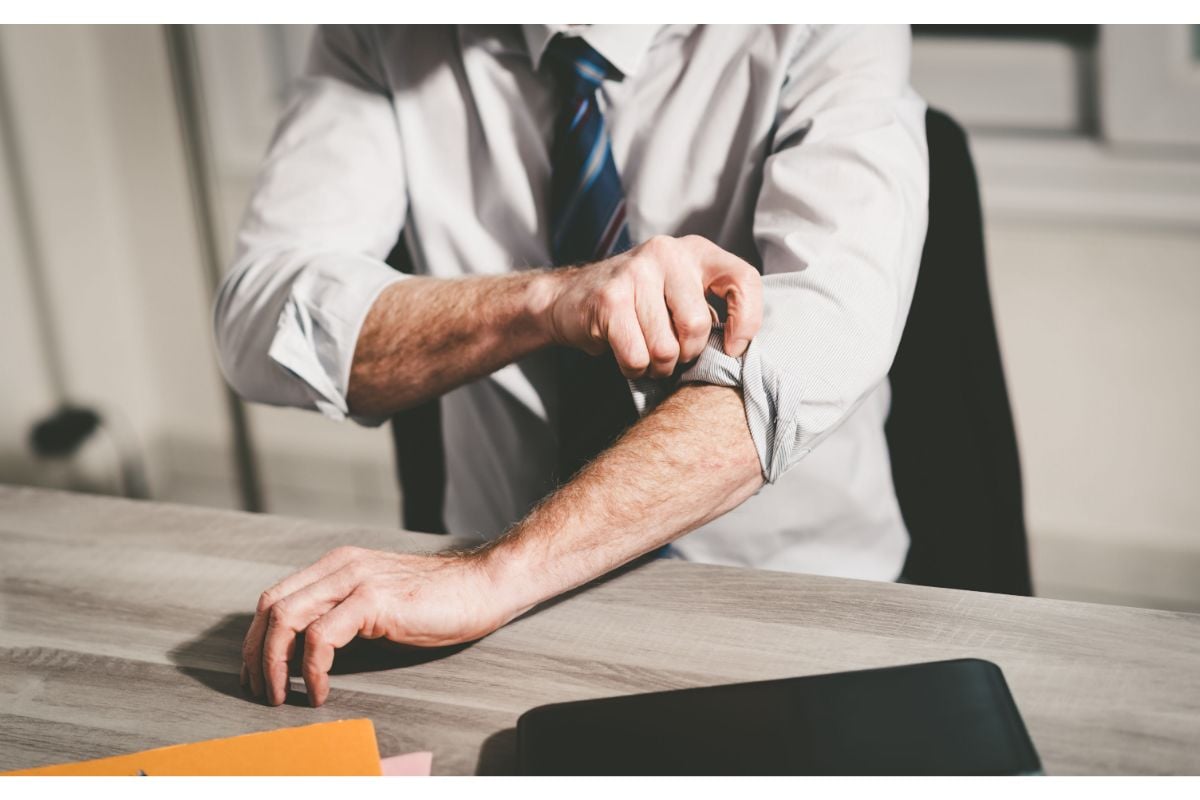 Should you ever roll up your button-down shirt sleeves just once, or should you always do it twice? If it’s a fashion choice that you can get away with at work or around your friends and family, who am I to stop you?

There are some issues with doing this, however. For starters, it seems to be one of the most common pet peeves expressed by fashion writers. 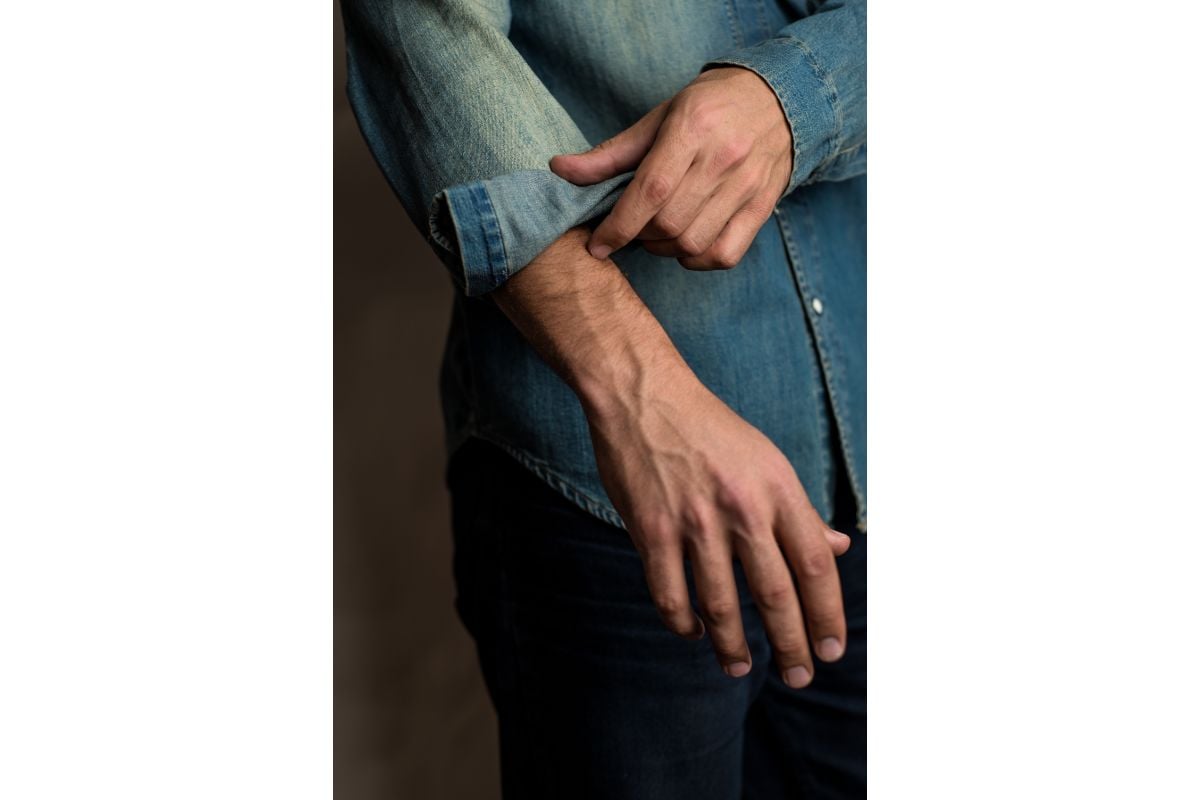 The above picture isn’t from the “Modest Man’s” channel, but it’s a representation of the “one and done” sleeve roll that he does not give the approval for and calls it “unfinished and unkempt” and expresses how surprised he is that so many people do this.

The Modern man also says, “at the very least, you will want to avoid the dreaded sloppy roll.”

By the way, it doesn’t seem to matter how far up you roll up the sleeve. It always seems to “get away from you.” I do agree with him to some extent, and I probably wouldn’t want to have sloppy sleeve rolls in professional environments.

Other experts, such as the “The Art of Manliness” podcaster seem to cut the working man at least a little of slack. However, there’s still a time and a place for rolling up the sleeves but make sure it doesn’t look too sloppy when you do.

I personally would concern myself with the shirts that have the shorter cuffs because they don’t fold over as well. They probably will come unrolled if you don’t fold it up twice. On the other hand, if the shirt is made of a stiffer material, the “one and done” cuffing might stay put for a reasonable amount of time.

When On The Go

“One wrong move and suddenly you’re a disingenuous politician or a waiter in some farm-to-table restaurant,” says Megan Gushashaw.

She does give an exception when you could acceptably role up your long sleeves once. However, she’s mostly referring to the denim jacket and not the shirt underneath.

In most cases, it seems to look better rolling just the denim up and not the shirt with it. Otherwise, it just seems to be a bad idea unless you’re on the go and presumably in a hurry. Apparently, for those moments in transit, you’re allowed to be messy.

When You Have on a Vest or Bow Tie 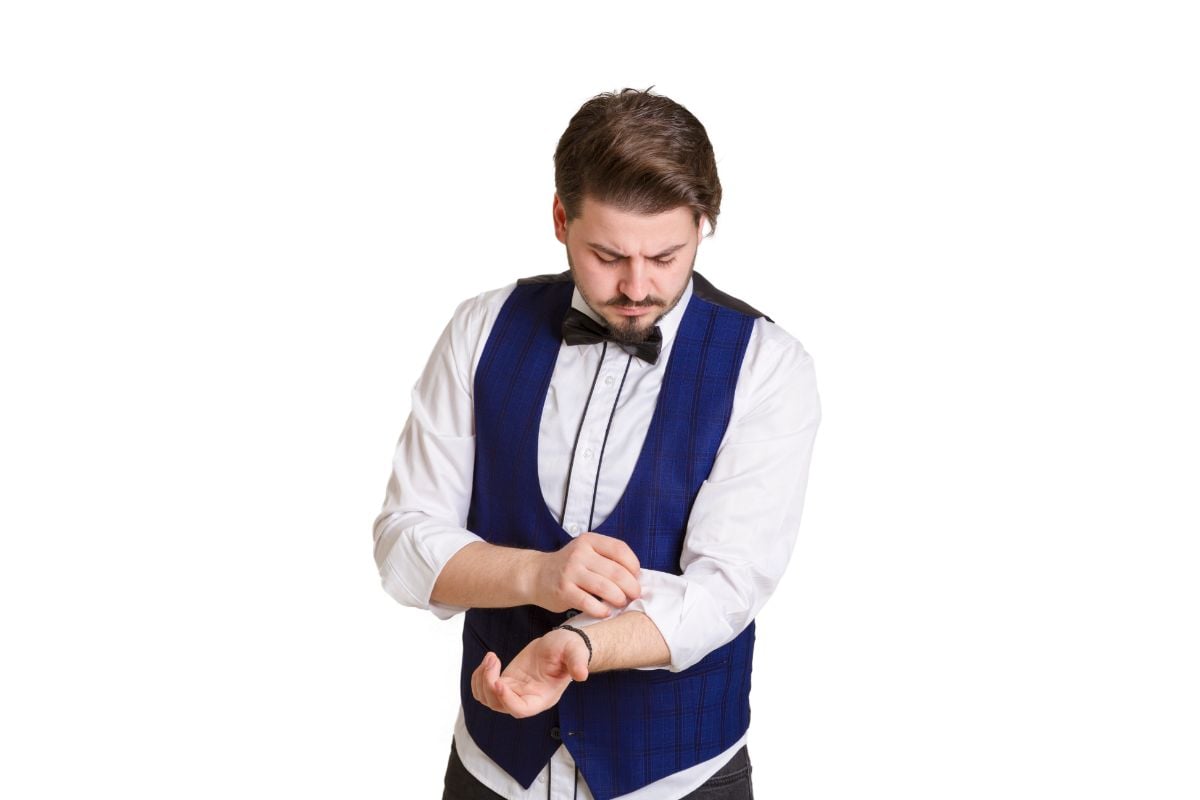 It doesn’t matter if you’re not really a bartender, server, or attending a wedding. You’ll probably look like “the help” or like one of the wedding party if you roll up your sleeves, especially if you have on a bowtie and a vest.

Note that this is not saying there’s anything wrong with these working-class careers either. In fact, I’ve had my share of hands-on labor. However, fashion-wise, I wouldn’t enter a social establishment this way unless I knew the place welcomed people who just ended their shifts and just want to unwind before going home.

Most fashion experts also advise against rolling up your sleeves too high. If it’s 90 degrees outside and I’m trying to mow my lawn – even with a riding lawnmower, I wouldn’t care what anyone thinks. I’d do it anyway.

I wouldn’t do the “high roll” in an office where the professional dress code demands that I not do it, plus I’d feel embarrassed if customers walked in. If in a Zoom meeting, I think it’s also a no-no then too except for maybe if it’s a show about landscaping or gardening. Some people would argue, of course, why wear long sleeves in such hot weather? I do, so I don’t have to wear sunscreen.

Slouched or Bunched UP Sleeve

To me, the slouched (bunched up) sleeve instead of a roll looks a bit too messy for an office environment or a corporate meeting. I think the only time this would not matter is if you work at a restaurant but you’re stuck doing dishes for a while. Otherwise, I say, just don’t.

Again, performing heavy-duty work in extreme heat would be the only other time I would do this. After all, it’s a shirt, not a pair of socks. 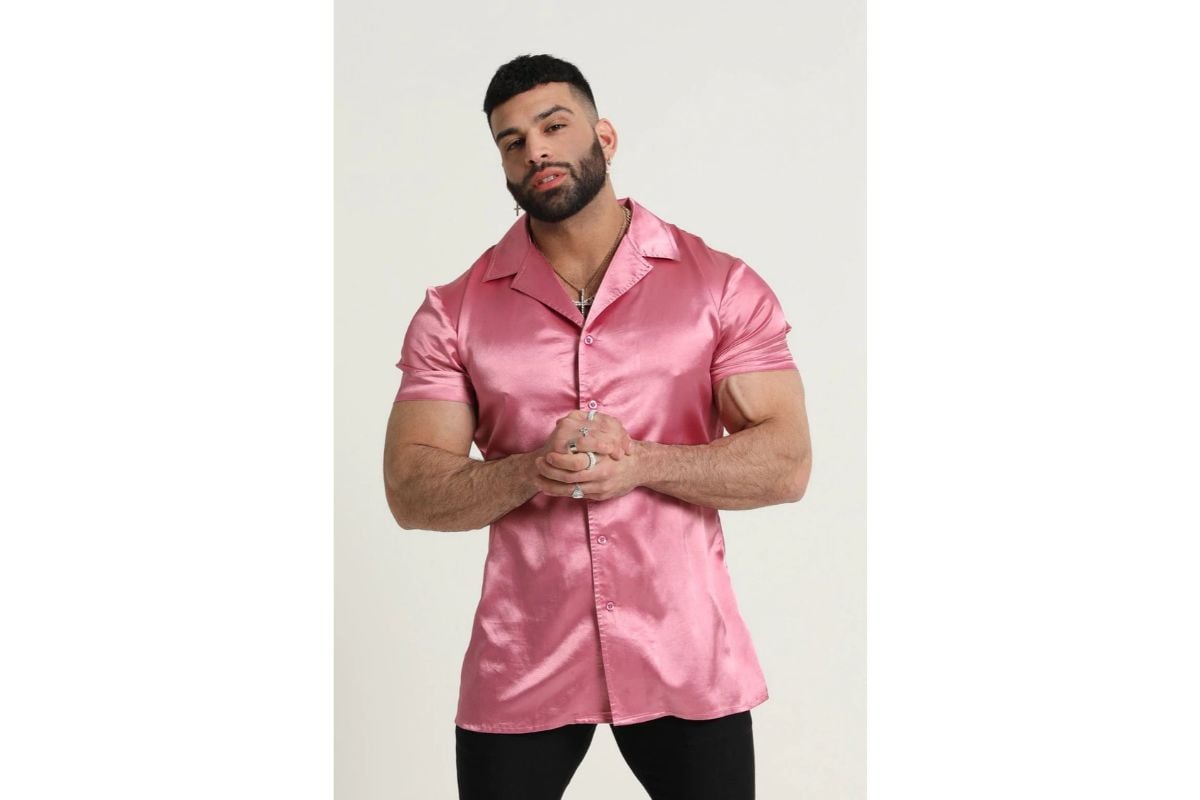 I’m surprised the vendor picture features a satin shirt with bunched-up sleeves, which to me seems like a waste of an otherwise fashionable item. It already looks a bit undone and not the way it should be worn at a formal or semiformal affair, not even with short sleeves.

Think of what this would look like with long sleeves. Shirts of this material typically don’t look good with rolled-up cuffs. It usually screams “pajama” to me.

When To Wear the Once-Rolled Sleeve

The best time to wear the once-rolled-up sleeves is if you’re wearing a sweater vest with an oxford button-down shirt that has long, pointed cuffs and collars. If you’re not wearing a vest with your shirt, however, I would recommend two rolls. It’s also not the best solution for formal wear, so keep that in mind and dress for the weather.