Skip to Content
Most individuals are unaware of this reality and are unaware that when they wear an anklet, they are communicating a tale. Read about it, learn some facts about it, and then apply what you've learned. 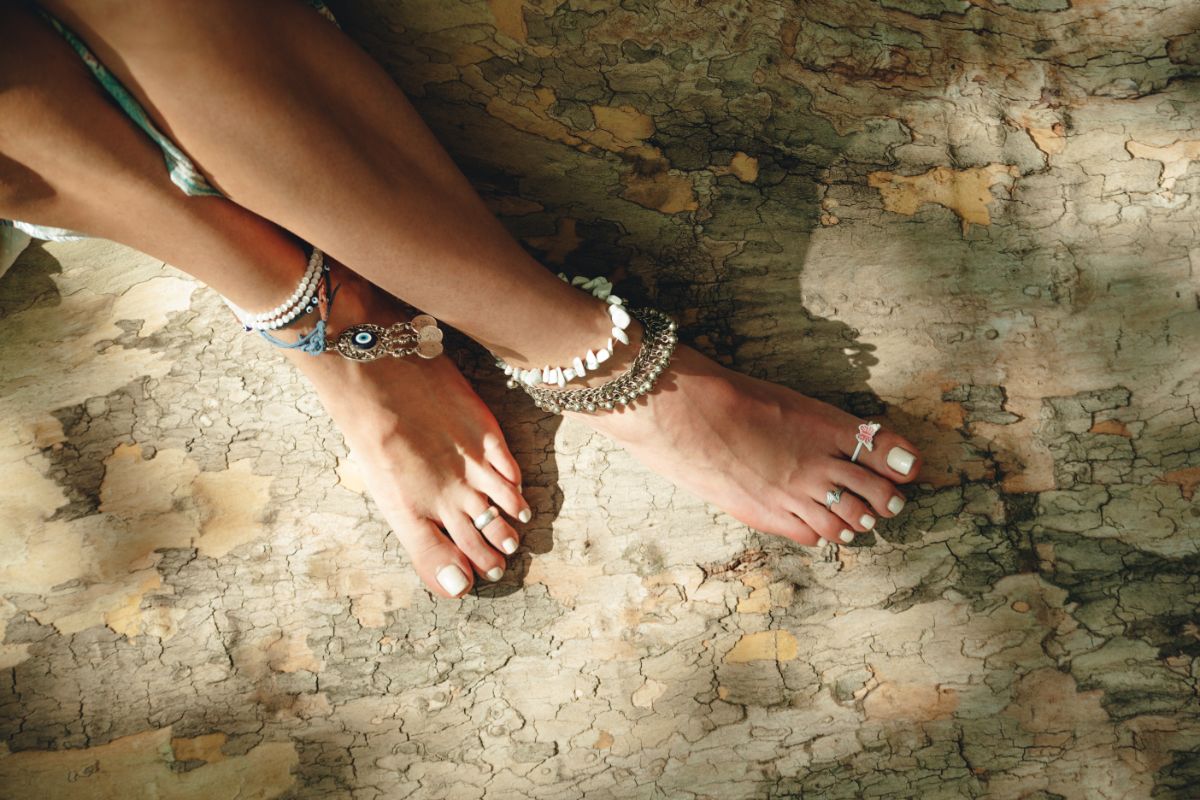 Well, it all depends on the kind of anklet you’re wearing, because every bracelet signifies something. Most people are ignorant of this fact and don’t understand that they’re telling a certain story whenever they put an anklet on.

Even I, had no idea that the anklets I wear send a message to the world, depending on how they’re decorated and the ankle I wear them on. All I cared about was looking cute and hey, ignorance is bliss.

What’s the message behind the ankle bracelet? 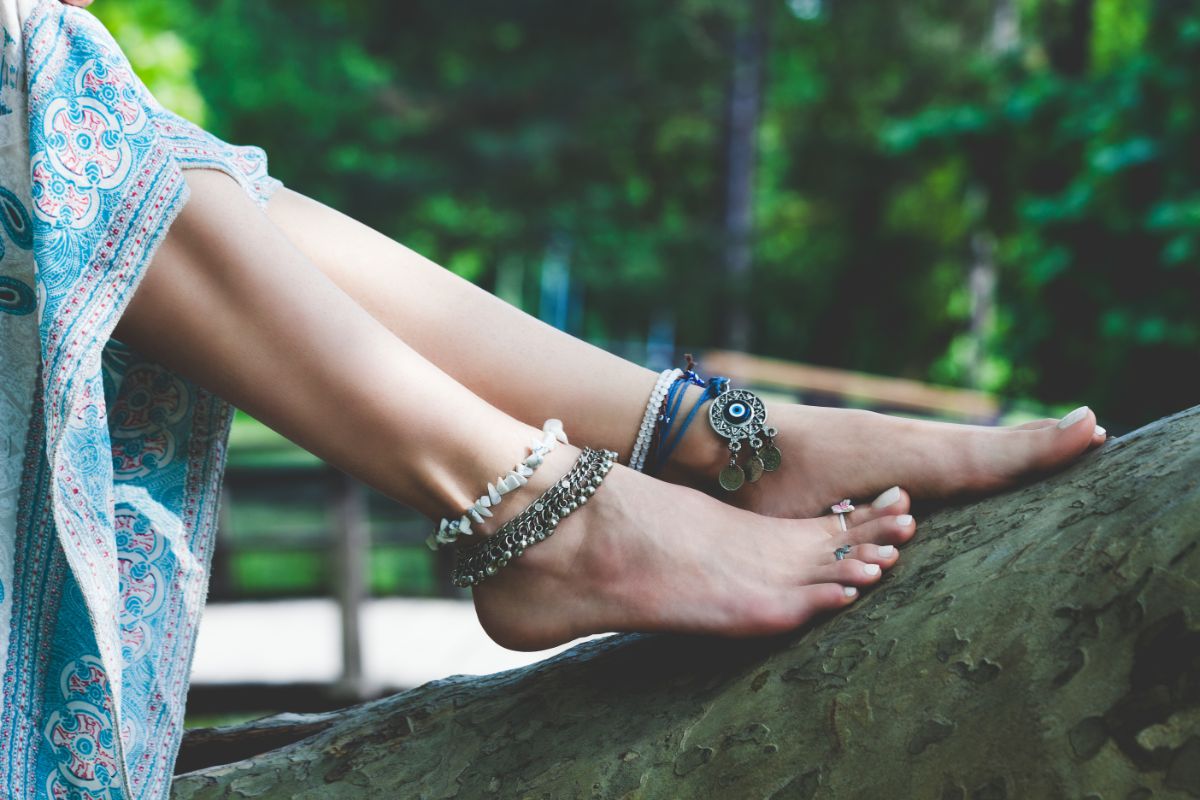 In some countries, it is believed that the ankle bracelet is a sign of luck for whoever wears it. But this is not the only belief attached to anklets. In countries like India, an ankle bracelet signifies that a woman has been promised to marry or that she is already married.

In other countries, anklets are a sign of wealth, whether personal or familial. In certain parts of Africa, there are cultures in which an ankle bracelet signifies what tribe you come from and it can even be a sign of royalty.

In most Western countries, like the U.S., an anklet is just a piece of jewelry that one wears on vacation or on special occasions. A lot of women wear anklets when going out with friends or when relaxing at the beach. They even wear them to festivals or similar events as an outfit accessory.

Where is the ankle bracelet originally from? 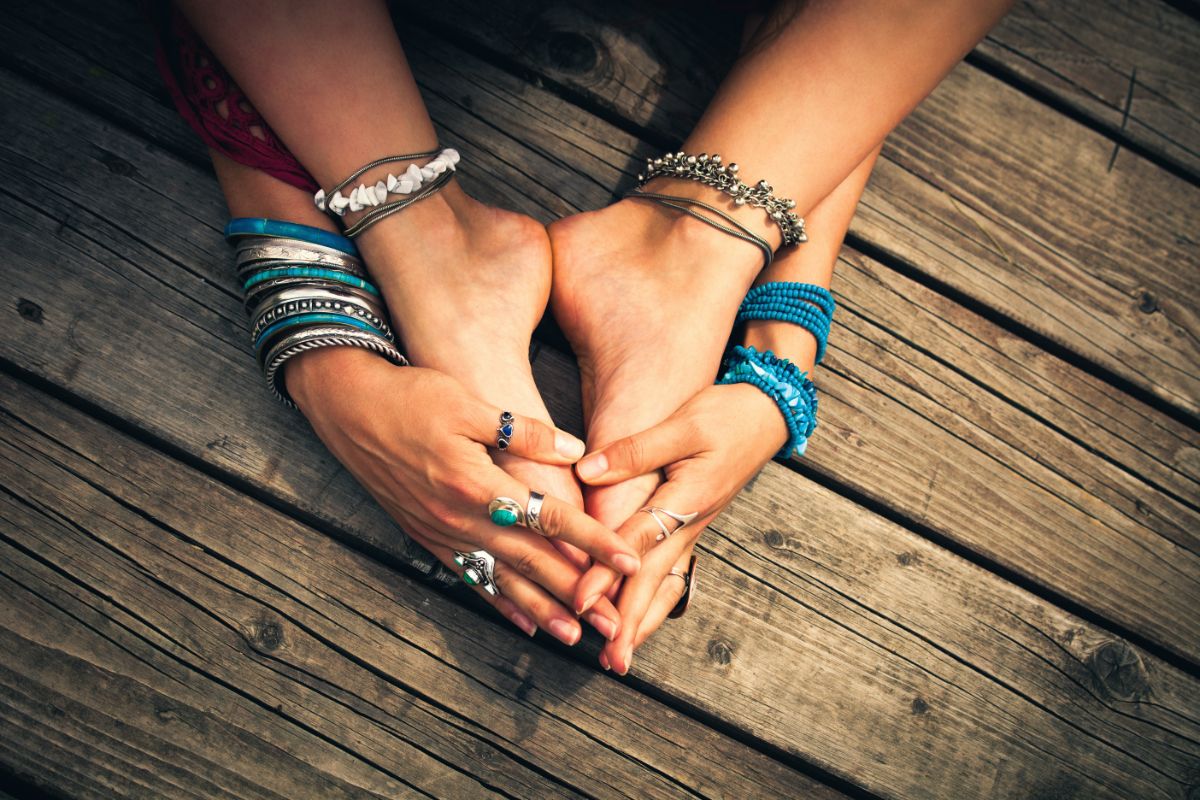 Also known as an anklet, the ankle bracelet has been around for over 8000 years. In ancient Egypt, for example, the anklets worn were made from different types of materials and the quality of the bracelet was contingent on the woman’s social status.

Unlike modern-day anklets, back then these accessories were either made of stone, wood, bone, or natural precious metals. Native Egyptian women typically wore anklets made from precious stone, while foreigners and slaves were only allowed to wear anklets made of leather or stone, and those anklets were referred to as Khalakheel.

Ancient bellydancers would wear anklets when entertaining soldiers as well and they would jingle along to their rhythm.

Anklets still have a strong cultural significance in South Asia, India, Egypt, and even Europe.

“I can tell you in my day, if you were going steady with a girl in the 1960s-1970s, an ankle bracelet would be a common gift to give your girlfriend. It was a time of innocence.” – Guido Colacci

However, anklets nowadays can be worn by anyone and they don’t need to have a specific significance to them.

What’s the message behind wearing your ankle bracelet on the right? 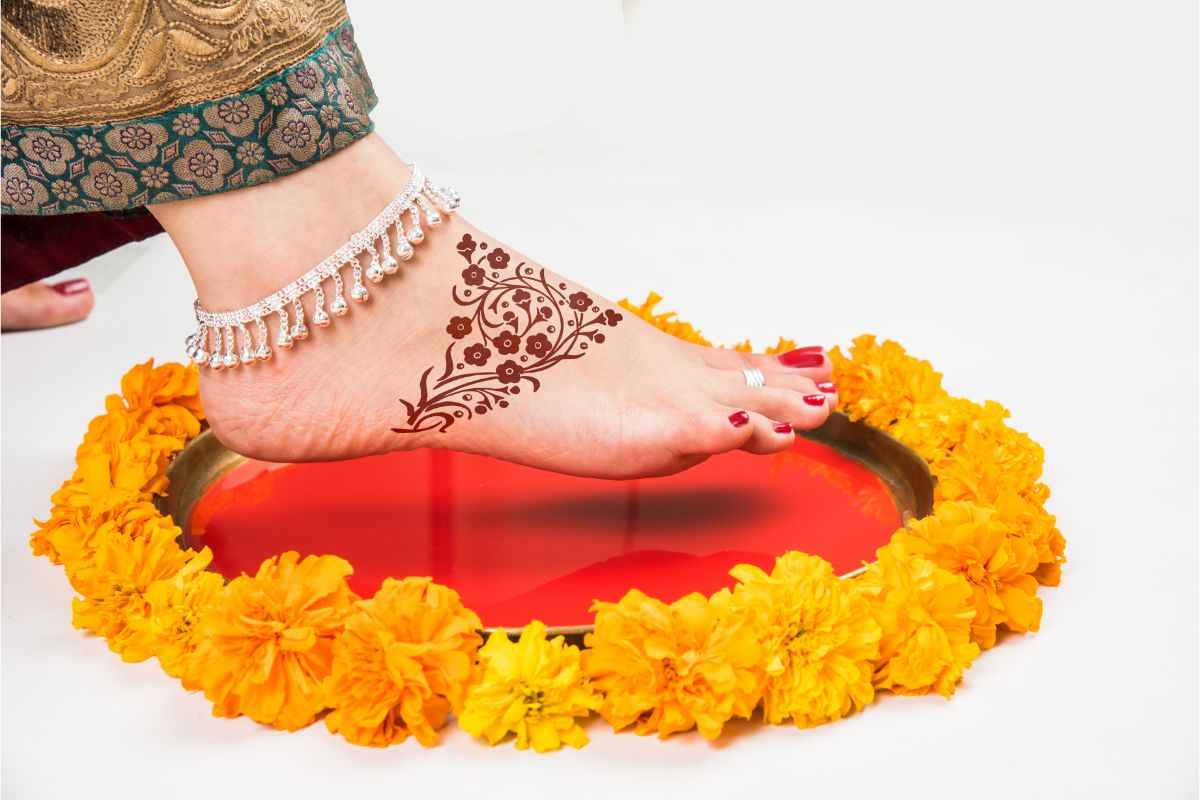 Wearing an anklet on your right foot means that you’re single and ready to mingle. For a married woman who puts on an anklet on her right foot, it’s a sign that she wants to cheat. She’s trying to send a signal that she’s looking for someone with whom she can have some fun behind her husband’s back.

But remember, this signal is not a signal for finding true love but to have some fun, it’s a signal that you are single and you are looking for someone to have some fun with. Kind of like dating apps.

What’s the message behind putting your ankle bracelet on the left?

It is believed that an anklet worn on the left is more of a protective charm that’s meant to keep you away from danger. In Hindu culture, wearing an anklet on the left is a kind of “promise ring” that’s given to a girl by her suitor. The anklet sends a message to the world and other men that the girl is no longer available as she is promised to another.

Married Indian women wear anklets as a sign that they’re taken, too.

The modern-day interpretation of anklets

While others still hold on to these ancient beliefs, most modern-day women consider the anklet to be a simple piece of jewelry or an accessory without any intrinsic meaning. You can wear your anklet on your left or your right ankle and most people in the modern world would be none the wiser about its significance.

You can even wear an anklet to work nowadays, granted it’s elegant, dainty, and delicate. The most important thing is to not let it jinx your outfit.

“In American culture it has no symbolic meaning, just as wearing a bracelet has none.” – Maggie Eriksson