Every time I wear the Apple Watch Series 6, I feel great.

In fact, some times I’d just use an iPhone just so I can use the Apple Watch Series 6 (or 5). 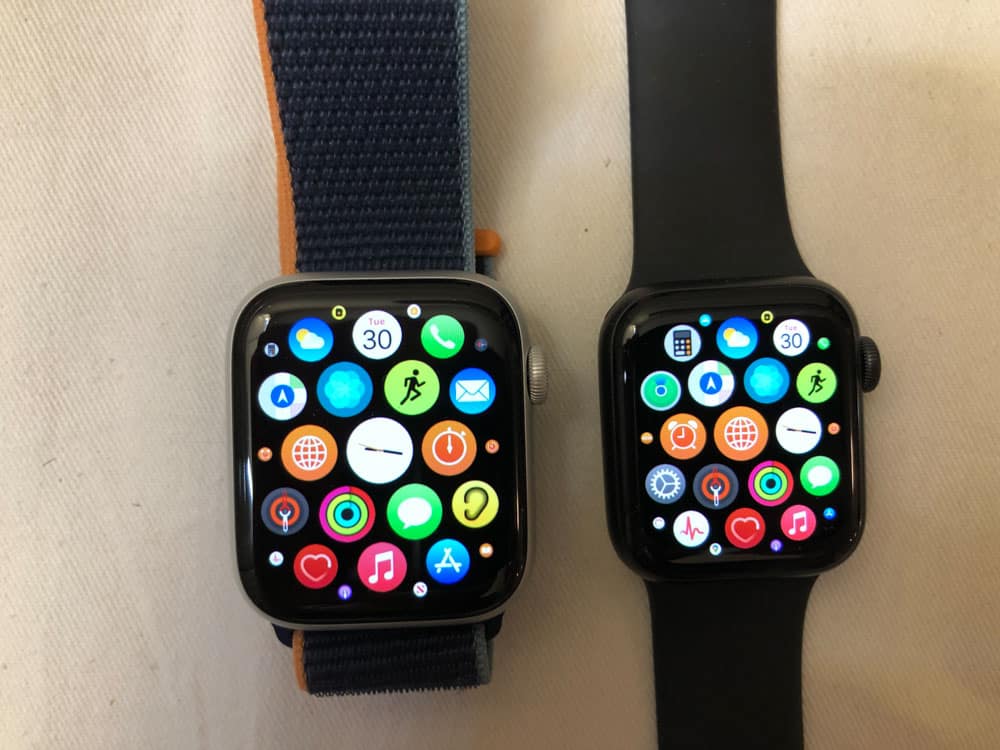 Why you can’t go wrong with either

All the Apple products I have used are excellent, whether that’s the Apple AirPods, iPods, or Watch.

I still remember my Apple iPod Shuffle. It kinda reminds me of why I really like Apple. It’s great design, innovation and a very smooth experience.

While I know there are some differences between the two, when it comes to day to day use, I mostly can’t tell where the differences lie. 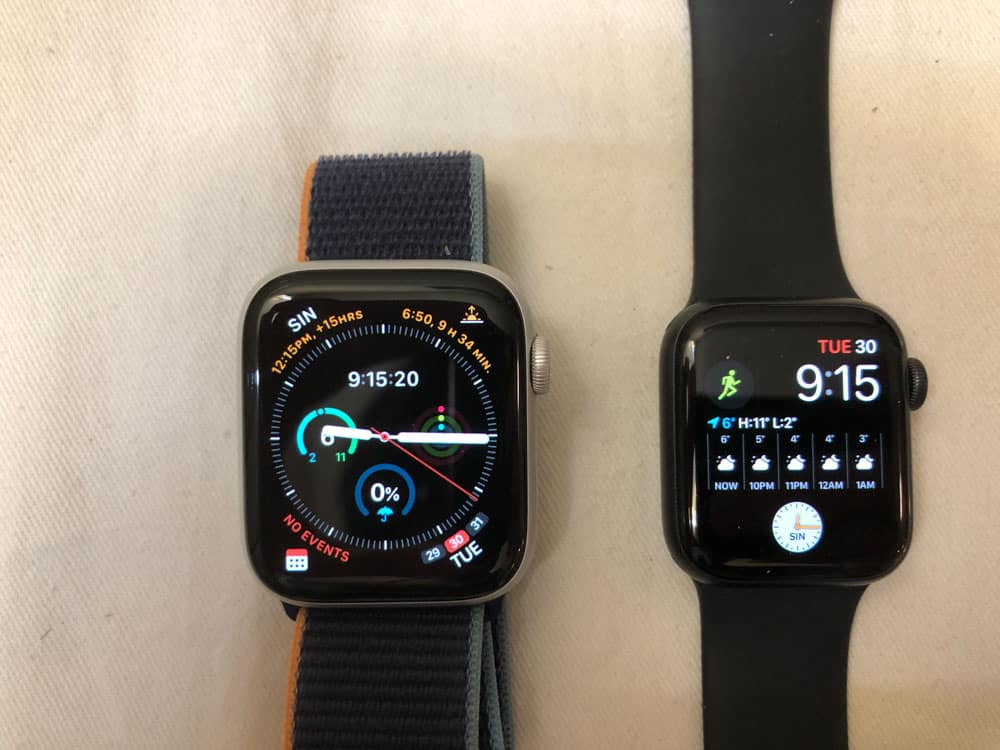 Maybe it’s because I’ve been staying home for a lot longer than in the past, since we’re still in the middle of the pandemic and there’s less need to go outside.

The Apple Watch Series 6 comes with the S6 processor which is supposedly faster than the S5 processor. 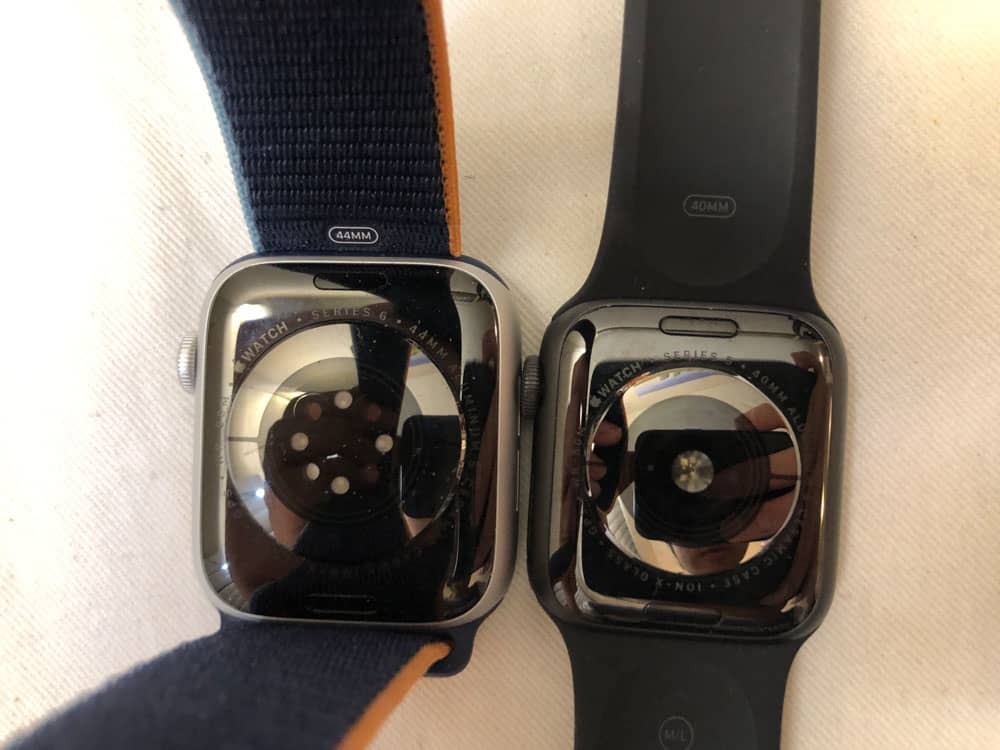 It’s a design that really looks modern and charming. It has rounded edges and curved edge glass. This is an aesthetic that conveys modernity and coolness, and is used on Samsung’s high end smartphones as well as on Fitbit’s top-tier Versa and Sense lines. I really like this look over the circular watch face that some watches have.

The more important additions are the new straps and bands that are available for the Apple Watch Series 6.

Of course, these straps and bands are interchangeable, which means that if you want them for your Apple Watch Series 5, you can just go buy them as accessories.

The Sport Loop is a Velcro-like strap. This is good because you’ll have infinite adjustments for the circumference of the watch, rather than having the approximations forced upon you with a strap.

The Solo Loop is even more interesting. It’s like a rubber band that you’d stretch onto your wrist. You can either get it as a smooth surface or get it with a braided surface.

No change here between the two. With the always-on screen turned on, I have not been able to get two full days of use. It’s a watch that I’d charge every night. 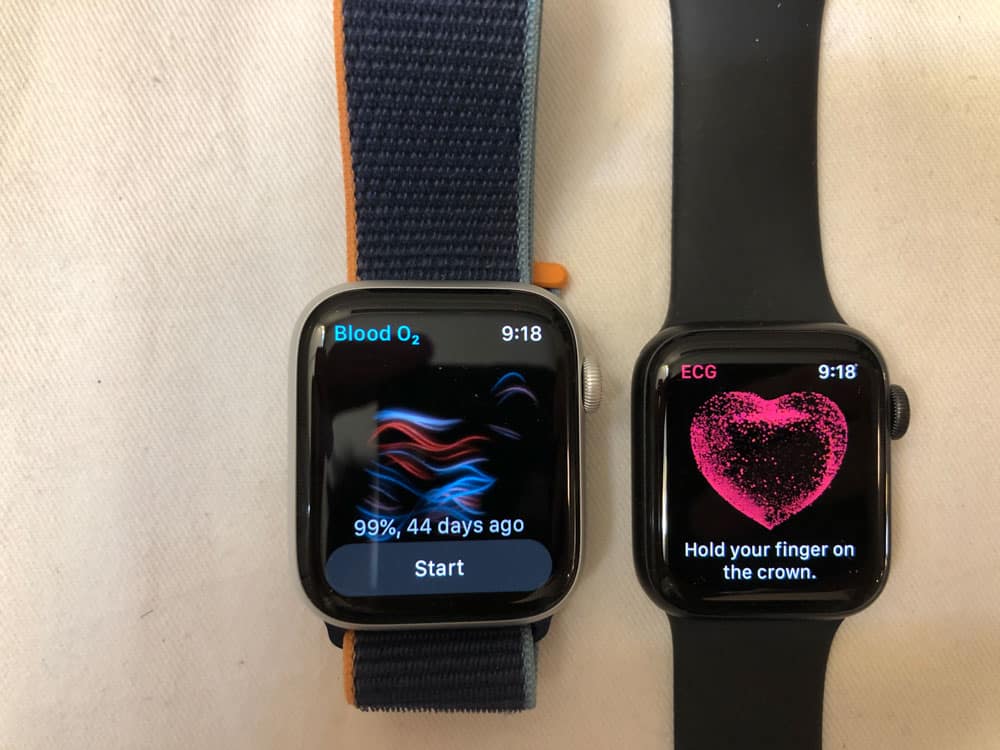 One of the most important upgrades on the Apple Watch Series 6 is the addition of the blood oxygen saturation sensor (SpO2).

It’s the most vaunted, most marketed addition to smartwatches in 2020. Every watch must have it or else they’d be left behind in the rat race. How scary!

Nonetheless, I have had access to the SpO2 sensor since way before this became the latest craze. My Garmin Fenix 6 had this feature and I did use it.

When I first used that feature, I found it to be… amusing. If my SpO2 rate fell below a certain amount, I would be… a bit concerned.

But I would feel fine. Not dizzy, not half dead, probably not even tired.

So I really question what the use of this feature is. Everyone that wants to be in the top leagues has it — Ticwatch and Fitbit, for example.

Yet, it’s not something that is useful for everyone. Unless you know what you’re doing, you’ll find that this metric is just another amusement. If you go on any of these manufacturer’s website, including Apple’s, you’ll find that they’ll tell you all about how to get your blood oxygen reading, but they’ll skimp and skirt around the details on what the metric is actually useful for.

Here’s a summary from Apple’s website as to what you can do with the data, “Blood Oxygen app measurements are not intended for medical use, including self-diagnosis or consultation with a doctor, and are only designed for general fitness and wellness purposes.” 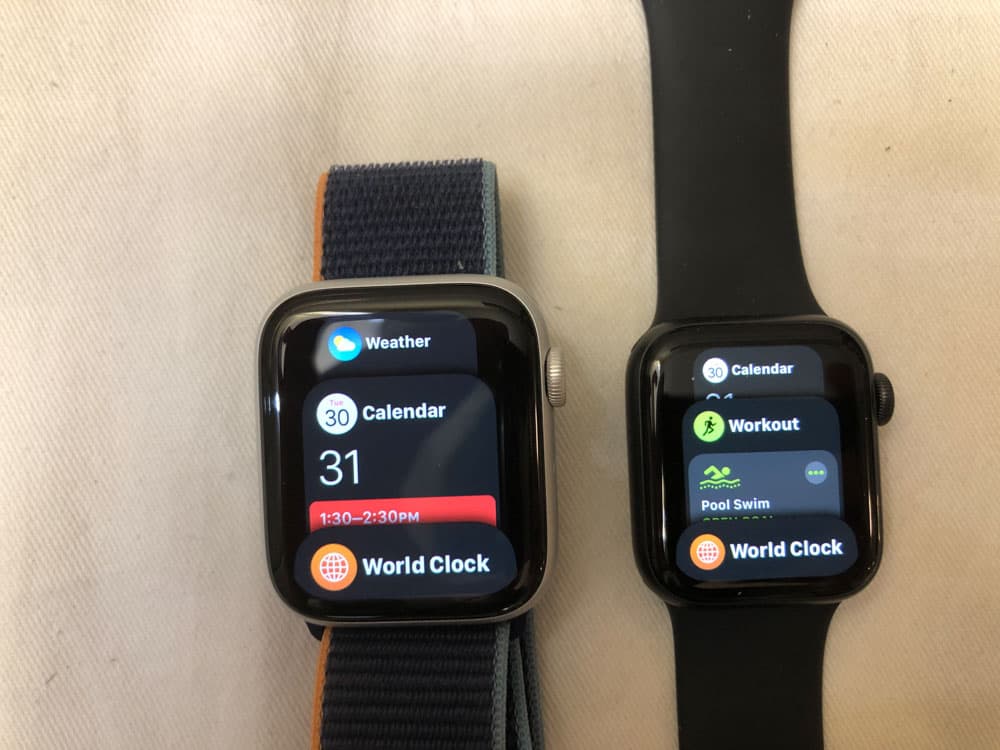 The Apple Watch Series 6 has a WiFi chip that allows you to connect to 5GHz WiFi networks. I can see the use for this… somehow in my office the 2.4GHz network isn’t very good while the 5GHz is good.

At the same time, I used to have an old computer which only had a 2.4GHz chip. I didn’t feel like it’s the end of the world.

Then, there’s also the addition of the altimeter to the Apple Watch Series 6. Great! 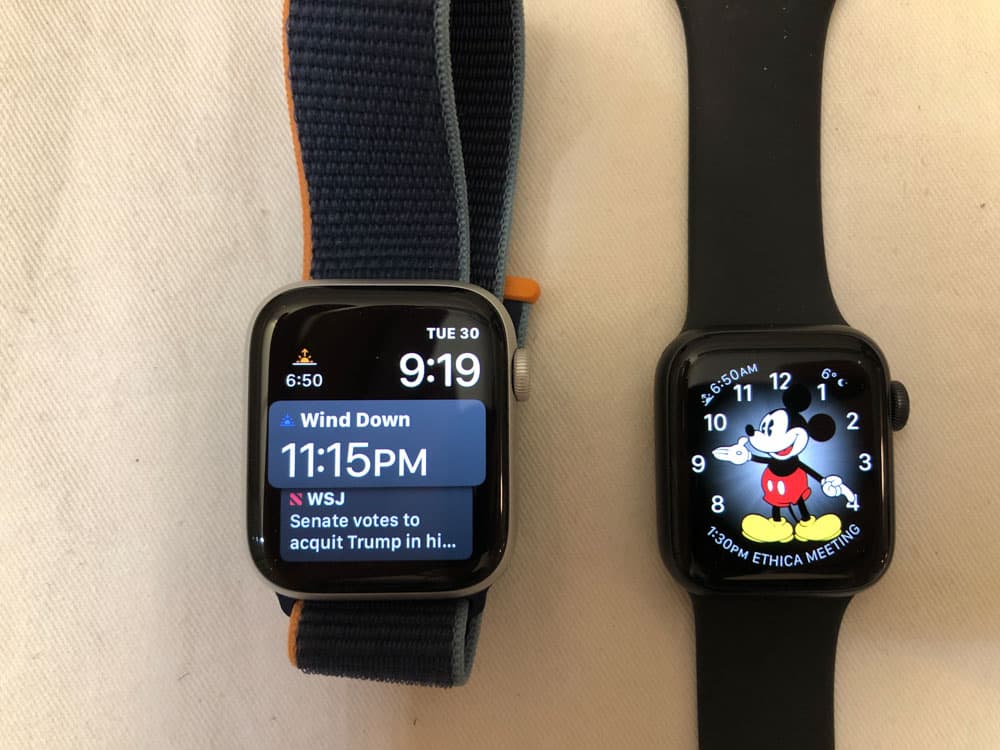 You can’t handle the truth

The truth is that the Apple Watch Series 6 is the best Apple smartwatch out there and I think it’s still the best general purpose smartwatch.

The ugly truth is that it’s so similar to the Apple Watch Series 5 that it really doesn’t have much more to offer.

The ugliest truth is that you can’t get the Apple Watch Series 5 anymore, unless you go into some dark corner (such as buying it as part of a cell phone company’s bundle). 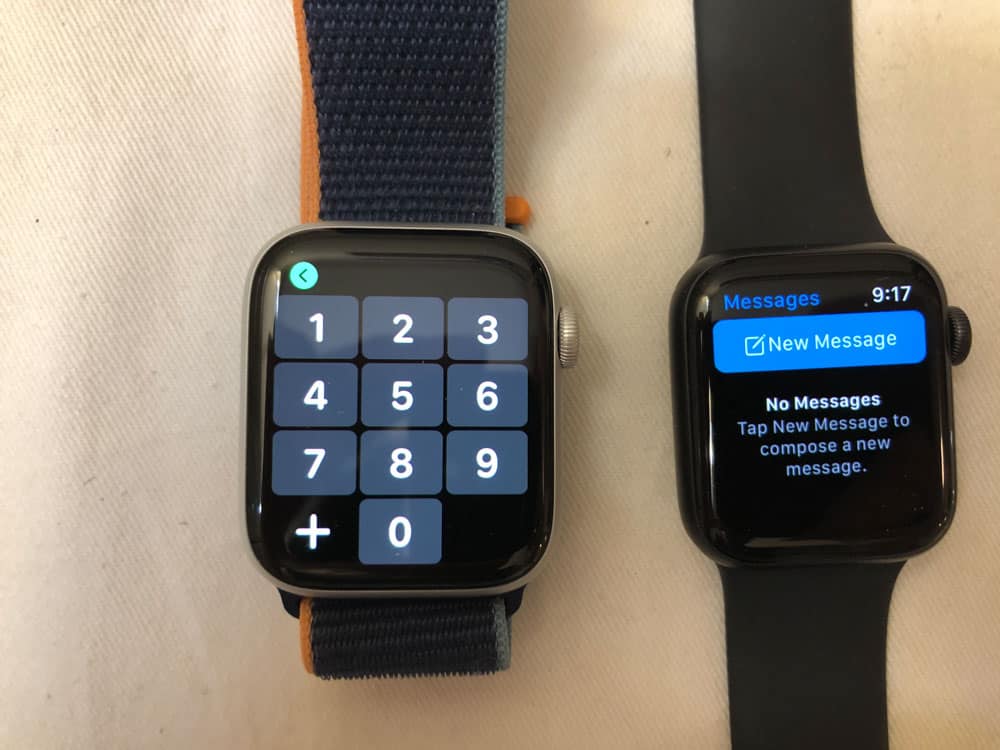