Our clothing is a statement. Style, attitude, humor, and much more give others an idea of who we are. Pairing our clothing up with other articles further defines us. Wearing a skirt over pants, for example, is a fun look. Learn more about the look and where to find it

Women’s clothing fashions change every five minutes, so it’s a little difficult to keep up sometimes. There are basically three pieces to any ensemble: shirt or blouse, pants or skirt, and jacket or blazer. A dress combines the blouse and skirt into one piece. Simple, yes?

Now take one or two of those basic pieces, and combine them. You’ll have a one-piece jumpsuit or a play-suit if they’re shorts, the combination of blouse and skirt equals a dress, and the skirt combined with pants. There aren’t too many combinations, but the ones that are combined light up a runway.

Examples Of The Skirt-Pants Combination

Most of us coveted the cheerleaders’ skirt/shorts combination uniform when we were in school. They were just so cool, and everyone noticed who wore the uniform. We wanted to be noticed, too.

If you’ve ever seen Riverdance, then you’ve seen the leotard the female dancers wore beneath their skirts or tulle tutus. The delicacy with which the ladies twirled across the stage made us want to emulate them, mainly so we could rock the jammin’ outfits, right?

One of the most recognizable skirt/shorts outfits is the tennis dress. This was a work of art, really. How could you possibly scoop up a ball or jump all over the court without every spectator knowing what was beneath the skirt? Shorts were a no-brainer. They gave the player a kind of freedom we ladies don’t have off a tennis court.

Schoolgirls often wear shorts beneath their school uniform. This keeps the boys from peeping beneath their skirts. Remember that? Sometimes the skirts aren’t so short, but the boys try to see beneath them anyway. Girls who don’t wear uniforms sometimes wear tulle skirt-like things over their shorts or pants.

Perhaps the most iconic and famous of all shorts beneath skirts is the white dress blown up when Marilyn Monroe stood over an air grate in the movie Seven Year Itch. If you look closely at the picture, you can see the tiny white shorts the star is wearing beneath the skirt of the dress.

In today’s ladies’ fashions, almost anything goes. The skirts are shorter than they were in the 1960s. Many have shorts attached much like a bathing suit dress. Skorts and culottes are still out there, but you have to get them from vintage shops like Etsy.

Examples Of Longer Pants Beneath Skirts

Leggings aren’t only for exercise anymore. Leggings go everywhere, and they go instead of regular pants. They cling to the body, showing off every curve. If you’ve got great legs, then leggings are where it’s at. Pair them with a skirt, and you have a chic look that’s trending now.

Palazzo pants were worn by ladies hosting a party back in the day. They went wide just below the thigh, ending in a skirt-like appearance at the ankles. They were comfortable and stylish. Today, they’re paired with a skirt for a layered look that makes ladies feel as if their outfit flows.

I’ve always admired Asian and/or Indian women’s clothing. The vibrant colors, the silky or satiny material, the amazing patterns, all combine to keep the eye riveted to the woman wearing them. The reds, yellows, oranges, and blues are just so vibrant and glowing, they make me want to own a few of my own.

Every season’s runway fashions feature formal dresses. They’re either tea-length or floor-length. Every now and then, you’ll see a dress split at the waist with the skirt flowing around pencil pants. The whole is generally worn with high heels (highlights the legs.) The outfits come in any color you can imagine, but generally they’re done in white.

The Skirt Over Pants Trend For 2021

Lace, leather, and denim are the keywords in 2021’s skirts over pants fashions. Celebrities like Emma Watson, Kendall Jenner, and Julia Roberts have been seen rocking the look. Even Kanye West has been seen keeping up with the trend. Although the trend began in the early 00s, it’s still making the scene 21 years later. Read more about it here.

How To Wear The Skirt Over Pants Look

The stars and other in-the-news people have been photographed wearing everything from ratty old jeans, yoga pants, dress pants, leather pants, and everything in between beneath jean skirts, leather skirts, sheer lace skirts, plaid school-girl skirts, and more. They’re wearing mini skirts, what used to be called midi skirts back in the day, and maxi or long skirts over their pants.

Wearing A Skirt Over Bloomers

At present, an item of clothing most of us thought far in the past has become popular again. The bloomers have made a comeback. Some closely resemble boxer shorts, others look like regular shorts, some come to the knee, while others go all the way to the ankle. They’re made of gingham, silky, satiny material, cotton, and even denim, among other textiles.

You’ll find bloomers trimmed in lace and ribbon, ruffles, and elastic for close fit instead of loose.

However, if bloomers are your thing, get out there and show them off with a great skirt!

Where To Buy Skirts Over Pants

It seems like a funny thing to say, but wherever you buy your clothing, it is the perfect place to pair up a skirt and pants. Are you into yoga pants or pencil pants? In the other direction, do you prefer palazzo or wide-leg pants? Do you have a favorite denim or leather mini skirt?

Go to your favorite clothing store and stock up. Now, all you need are the most righteous heels and a great shirt, and you’re rocking fashion.

There are dozens of vintage shops on the Internet chock full of incredible items that can be paired up to suit the fashion trends. I, personally, prefer split skirts with ruffles and lace over pencil or yoga pants, all of it black, of course.

Check in with Thrifted, Etsy, Beyond Retro, and, of course, Amazon. Your local thrift shop and Goodwill are great places to find a fashionable look within your budget.

Do Pants And Skirts Really Have A History?

Absolutely. Up until comparatively modern times, pants were worn by women in the East on many occasions. Elsewhere, skirts were all there was.

It wasn’t until the 1800s that women in the West wore pants, some for work on ranches or farms in America, while others wore them only in the snow or very cold weather. Some ladies wore pants to play sports.

Pants as an item of women’s clothing didn’t catch on in America until the mid-1900s. The pants movement actually began in 1851 with the invention of bloomers. These were ankle-length and worn beneath knee-length skirts with a blouse and blazer or jacket.

Outrage scotched the plan, though, and bloomers faded into the woodwork until the freedom of the 1900s came along.

Now it’s the 1960s and ’70s, and women are demanding equality. That meant freedom from the restrictions of their lives up to that point. Of course, women thanked goodness they didn’t have to wear corsets anymore, but they wanted the freedom men enjoyed.

They rocked their trousers wherever, whenever, and however they wanted. Ladies, these pioneers fought the battles for us. As a result, we can wear skirts over pants if we feel like it.

Can You Make Pants Into A Skirt?

Sure. Just rip out the inseams of the legs, take out the seam from front to back at the crotch, and you have a skirt. The seams will show, though. However, a tailor can take care of it. He’ll make sure your new skirt looks like a new skirt.

Do You Wear Different Sizes In Skirts v Pants?

If you were wearing dress pants and a dress skirt, yes, you would. However, today’s fashions show us denim and leather skirts over thin yoga pants. For instance, if you want to wear jeans beneath a leather skirt, buy the skirt a size larger than the jeans.

If you’re planning to wear a party dress over yoga pants, then both can be whatever size you wear, because they won’t be snug in the waist.

What Do You Call Women’s Knee-Length Trousers That Are Cut With Full Legs To Look Like A Skirt?

Today, people call it whatever they want, but culotte and gaucho are the most popular.

Why Skirts Are Better Than Pants

You’ll enjoy wearing a skirt rather than pants if you (a) don’t care for inseams rubbing your inner thighs, (b) give yourself a wedgie when you bend over to pick something up, or (c) don’t care for your lower legs getting cold when you sit and the legs of your trousers climb up, and (d) don’t do panty lines.

Okay, we all suffered through high school when boys with the IQ of potato found inventive ways to look up our skirts. However, skirts provided us (and they still do) with no restrictions from tight pant legs when sitting, better air circulation, and no panty lines, among other things. Skirts are just all-around comfier. 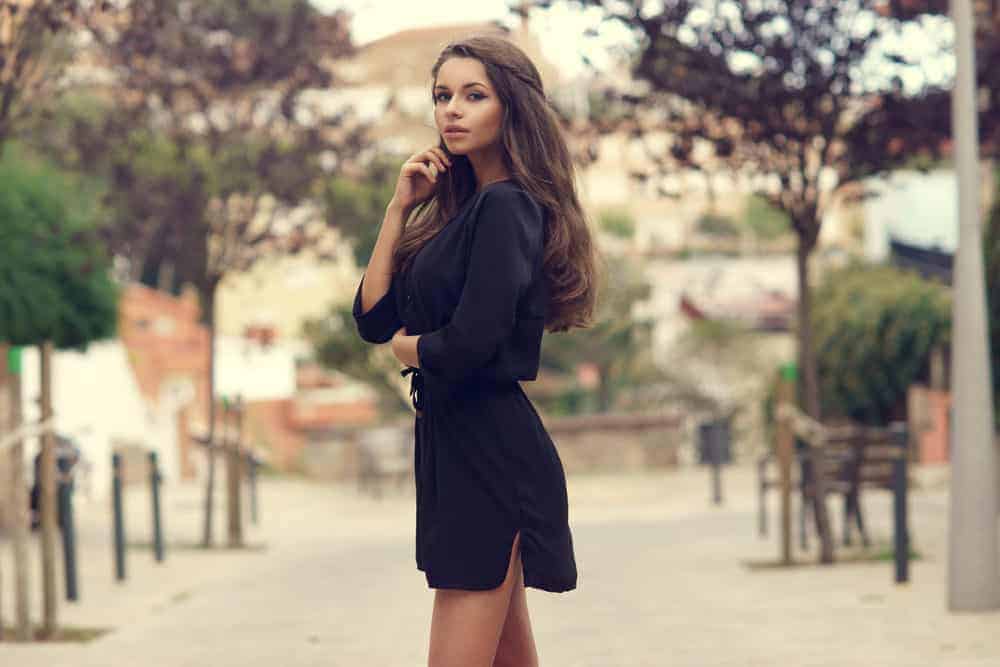 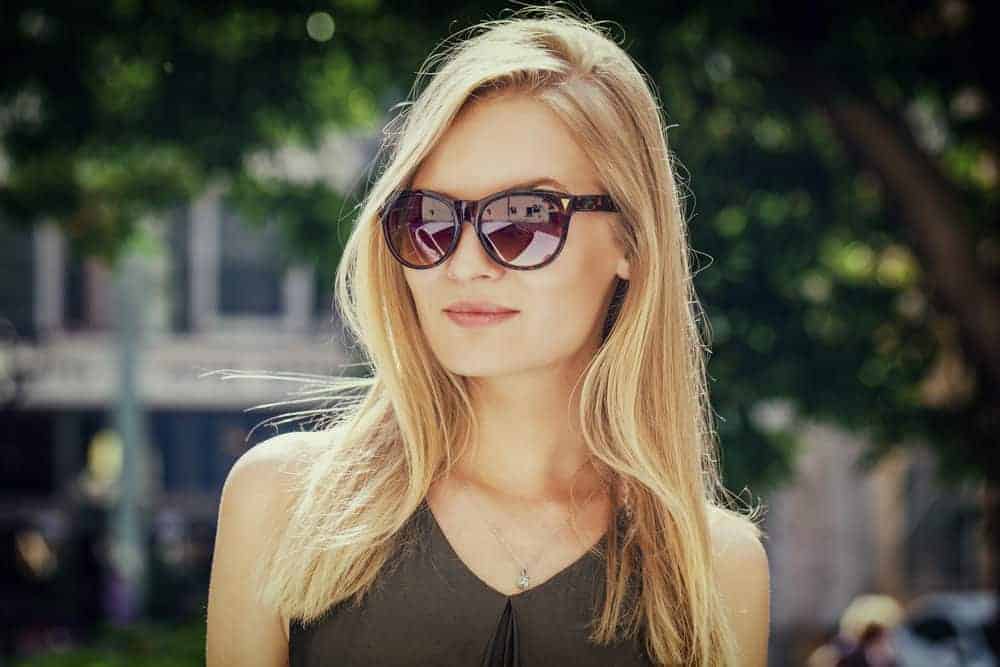 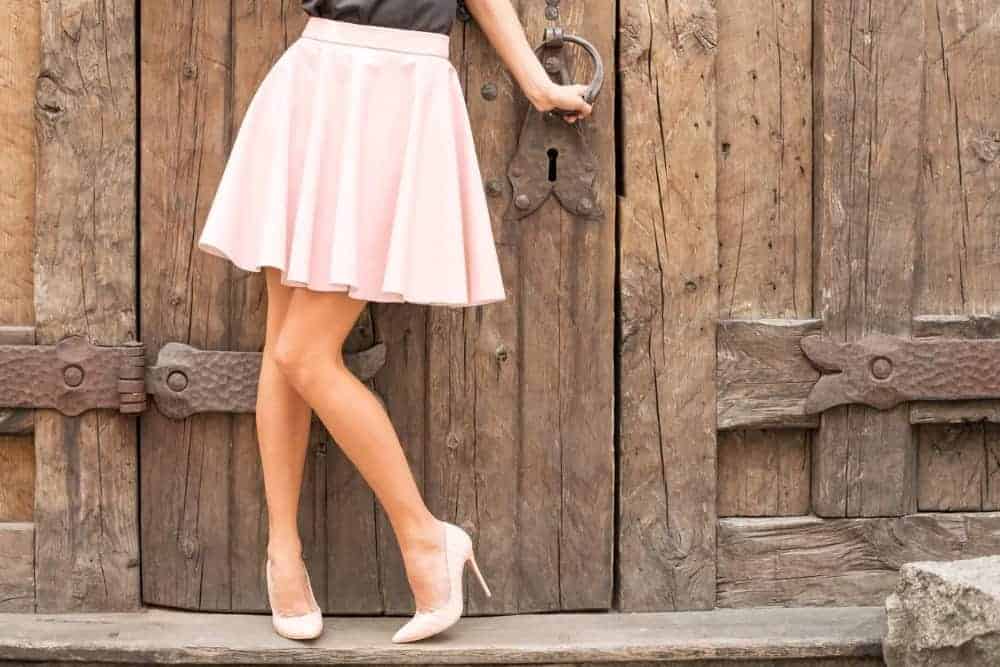 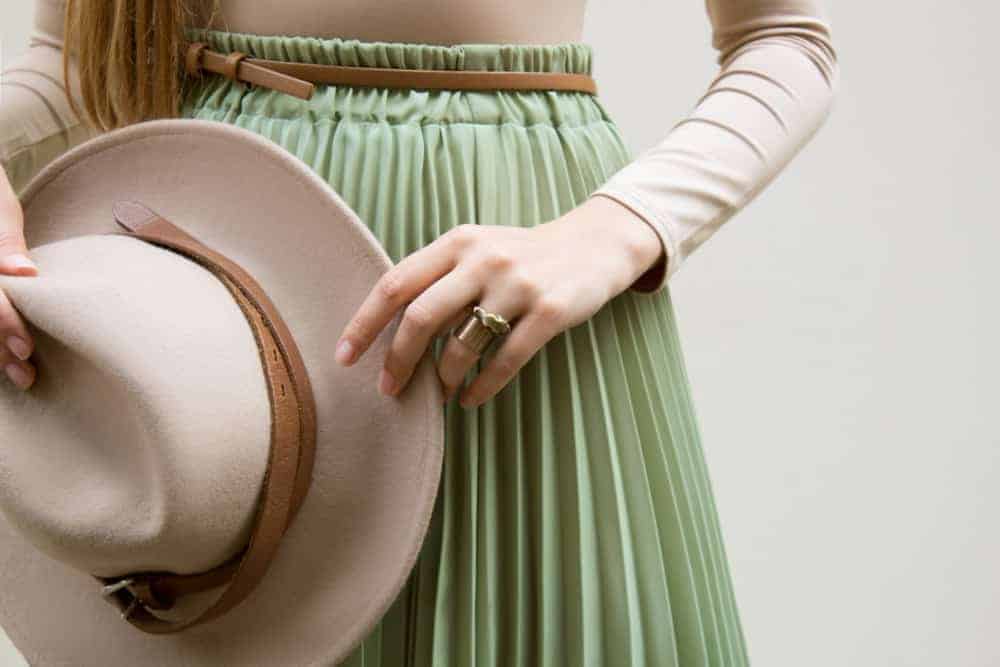