Prada, founded by Mario Prada in 1913, began as a leather goods store, making luggage and steamer trunks. After Mario Prada died in 1952, the company floundered a bit, but in the 1970s, Pradaâ€™s granddaughter, Miuccia, took over, aggressively expanding the brand to the icon it is today.

Fendi started as a small leather goods and furs shop in Rome in 1925, opened by Adele Fendi and her husband, Eduardo. Their five daughters took over the shop in 1946, taking it to the next level by honing in on the craftsmanship and quality of the bags and investing in sales and public relations.

Mulberry was founded in 1971 in southwest England. Its celebrity-inspired handbags appeal to a younger crowd, and the brand is known for creating â€œitâ€ bags. Most styles are crafted from oak-wood brown or black leather, though they do create limited edition colorways and seasonal designs.

Phillip Lim is another new, cutting edge brand that didnâ€™t debut until 2005. Lim was born in 1973. His mother was a seamstress, and Lim studied business and economics before learning stitching techniques and becoming an emerging talent in the NYC fashion scene. Today, the Phillip Lim brand has 14 retail stores across the US, Asia, and London.

Gucci was founded in Florence, Italy in the 1920s when Guccio Gucci opened his first leather goods shop. When he passed away in 1953, his four sons joined the company and nurtured the brand to what it is today. This included expanding to New York, London, and Beverly Hills and making inroads into the celebrity community.

ChloÃ© is a French luxury brand founded by Gaby Aghion in 1952. Over the years, ChloÃ© has continued to be cutting-edge, becoming the first luxury brand with an iPhone-specific view of its website. Today, ChloÃ© has boutiques all over the world, including New York City, Sydney, Singapore, London, Tokyo, Seoul, and Moscow.

The quilted black bag is one of Chanelâ€™s most recognizable designs, but the brand has come to stand for glamor and luxury in everything they make. The House of Chanel was established in 1909 by Coco Chanel, who revolutionized high fashion of the era by designing comfortable, casual suits when corsets were still the norm.

Initially, Yves Saint Laurent (or YSL) focused on couture womenâ€™s clothing inspired by the structure and power of menswear and celebrated gender fluidity that was, at the time, groundbreaking. Over the years, its look has become cool and rebellious with the current trajectory, balancing the look between the old and new.

Coach dates back to 1941 when they started as Manhattan Leather Bags. The brandâ€™s founder was inspired by a baseball mitt and wanted to create a handbag with a similar look. The 1960s brought bright colors and industrial hardware and, in the 1990s, Coach became known as the first affordable luxury brand.

Bottega Veneta was founded in 1966 in Vicenza where it was known for its high-quality artisanal leather goods and its iconic leather weave design called intrecciato which is still used on the exterior of a lot of its designs. The brand changed a bit over the years but have recently returned to their roots: high-quality bags with intrecciato exteriors and no flashy logos. Mansur Gavriel is named after its co-founders, Rachel Mansur and Floriana Gavriel, and is truly a modern brand. They started the line with only two designs, a bucket and a tote, each with a distinctive patent leather interior. Since then, they have expanded dramatically, with many designs and colors available.

Louis Vuitton started creating at only 16 years old when he became a trunk-master. In 1837, he traveled to Paris for an apprenticeship and was quickly recognized for his talent. By 1914, he had 225 employees. Today, Louis Vuitton is still rooted in this superior craftsmanship. Itâ€™s one of the worldâ€™s most popular brands and is sold in 50 countries.

Burberry is a British luxury brand best-known for its trench coats. When it opened its first shop in London in 1891, the brand focused more on outdoor attire and innovated its breathable waterproof fabric called Gabardine. The brand expanded in the 1970s and 80s into clothing and accessories, all produced under the strict demand of the London headquarters.

Michael Kors started his company in 1981, and his handbags soon became trendy and fashionable for women of all ages. In 1997, Kors made a lower-priced line of ready-to-wear clothing while also designing for other well-known labels like Celine. By 2004, Michael Kors bags became popular across the fashion world.

Stella McCartney never uses any fur or leather in her designs. This is one of the most environmentally responsible, honest, and modern brands around, focusing on not only preventing animal cruelty but also sustainable production.

Proenza Schouler launched its first handbag in 2008, a satchel that it became widely known for. The brand has evolved and expanded into many other areas. In 2017, they dropped their ready-to-wear line and created a sister company called White Label that offers casual looks and basics.

The first collection by Valentino was presented in 1955, and Elizabeth Taylor immediately placed an order for one of his dresses. Valentinoâ€™s first couture line was introduced in 1962, and he was sought out by many of the biggest celebrities of the day, including Audrey Hepburn, Princess Margaret, and Jackie Kennedy.

Alexander McQueen is known for its lavish runway shoes and controversial collections. The brand was founded in 1982 and was acquired by Gucci in 2000, at which point McQueen remained creative director. The brand grew exponentially, and, though it hasnâ€™t always been easy, its handbags are one of its most popular and profitable items.

Some might say that Domenico Dolce and Stefano Gabbana have a perfect fashion partnership. They met when they were both working as assistants and, after a short time, began working together to form the Dolce & Gabbana brand, staging their first runway show in 1985. The brand grew immensely in the 1990s, becoming a popular choice for celebrities and often seen on the red carpet.

CÃ©line Vipiana founded her namesake brand in 1945 with her husband. It was one of the first major luxury brands, starting as a made-to-order childrenâ€™s shoe business. In 1960, the brand pivoted to ready-to-wear womenâ€™s fashion with an emphasis on sportswear and leather goods, including gloves, loafers, and bags.

Thierry HermÃ¨s founded his namesake brand in 1837 when he established a harness workshop in Paris. His son took over in 1880, expanding the brand to create saddles and specially-designed bags for riders. His grandsons eventually took over. Their first leather handbags were introduced in 1922, and they expanded into the world of high fashion in the 1930s.

Longchamp is perhaps best known for its iconic Le Pliage bag, but it started as a tobacco store, selling luxury leather goods to smokers. In the 1950s, they expanded to wallets and pouches and then into luggage. The Le Pliage bag followed soon after, and the rest is history. 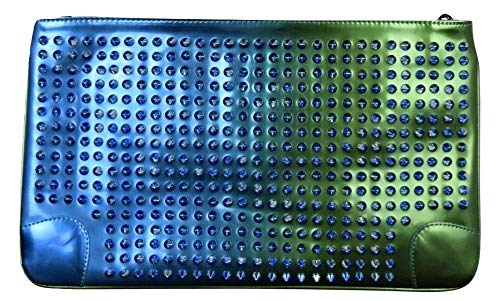 The Christian Louboutin brand is best known for its red-soled stilettos, but when it comes to purse brands, it’s one of the most sought after. Louboutinâ€™s fascination with shoes began in 1976 and he traveled the world making sketches. In 1991, he opened a shoe salon in Paris, eventually attracting the attention of big-name celebrities and expanding into purses and other leather goods.

One of the newer and more affordable designer purse brands is Kate Spade, which was founded in New York in 1993. The brand started with the goal of creating the perfect handbag and had only six styles to start, combining colors and sleek utilitarian shapes in a way that no one had seen before. This spirited, curious brand is fun and colorful and popular with women of all ages.

In 2004, Tory Burch started by launching its retail store in Manhattan. Almost everything sold out immediately, and not long after that, Oprah called Tory Burch the next big thing. She was right. Today, Tory Burch has 250 stores worldwide and the brand has grown exponentially into watches, home decor, beauty, wearable tech, and, of course, handbags.

Peter Dooney and Frederic Bourke launched their brand in 1975 with two products: surcingle belts and suspenders. They branched into handbags in 1981, later launching their stores and distributing their products through popular stores like Nordstrom and Saks, reaching more people and becoming a well-known name.

Jimmy Choo was raised by shoemakers, originally learning from his father. In 1986, Choo opened his first shop. By 1988, heâ€™d landed an eight-page spread in Vogue. His biggest break, though, came in 1990 when Princess Diana was seen wearing a pair of his shoes, elevating him to an icon in the fashion world.

Like so many other designers, Charlotte Olympia started with shoes, opening her first store in London in 2010 and quickly expanding into purses and other accessories. These designs are heavily influenced by old Hollywood glamour and are described as luxurious with a bit of a sense of humor.

Another fashion house with a long history, Balenciaga was founded in 1917 and known for its uncompromising standards. Balenciaga was well-known for its clothing and experiments with a range of silhouettes and fabrics. These ideas carry through to the brandâ€™s handbags, with some of the most interesting designs and is the most talked about in the world.

Miuccia Prada started Miu Miu in 1993 and named it after the nickname that her family gave her. Miu Miu stands in high contrast to what she was doing at Prada at the time, focusing more on funky, fun, rebellious designs rather than streamlined minimalism.

Back to Top
Close