Are you looking into wearing a blazer over a Henley shirt? This combo might be okay for some but for me, it's a big no. Here's why Henley tees should be cut from the blazer profile. 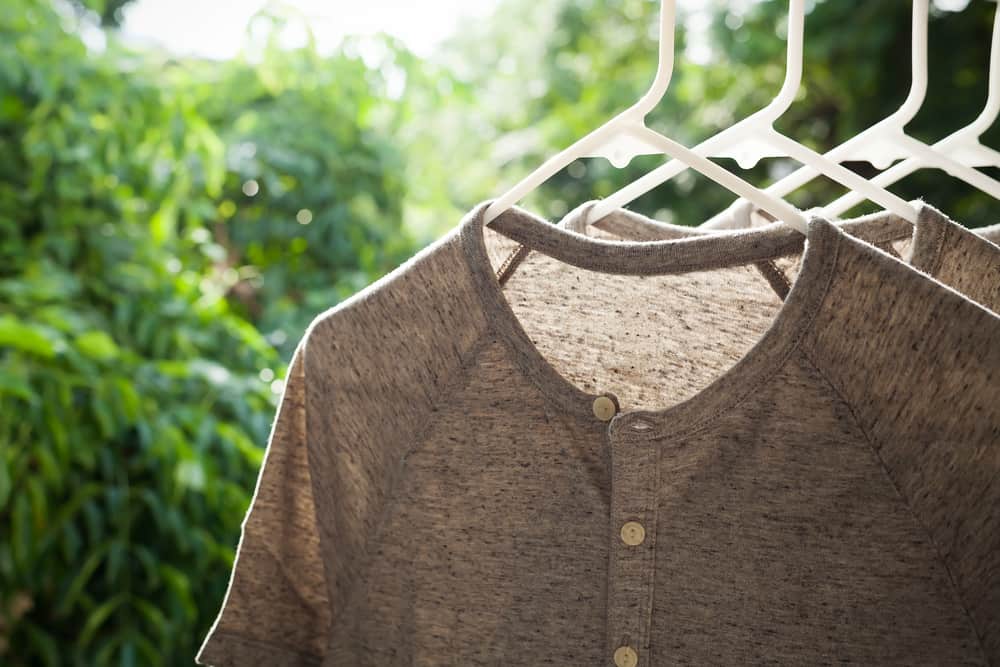 Not a Fan of the Henley Shirt With a Blazer

I know it’s a Chris Pratt special edition, but in my opinion, the henley tee for men and most likely women has to be cut from the blazer profile. According to GQ, “Pratt’s decision to throw on a blazer over his henley is hardly the swerviest style move, but it’s a reliable one that never fails (and we never tire of seeing).” I disagree.

It’s Overstuffed When a Long Sleeve

A long sleeve henley is a lot of material that is made of a woven waffle knit. The result is a slightly bulkier than usual shirt with sleeves down to the wrists. Most henley shirts are long sleeved, so it is even more of a chore just to find the right kind of shirt if this is your go-to for a blazer look. I say no way, due to the material in the sleeves. Take a look at this shirt and notice how the fabric also has a cut angle in the shoulders that is unique: 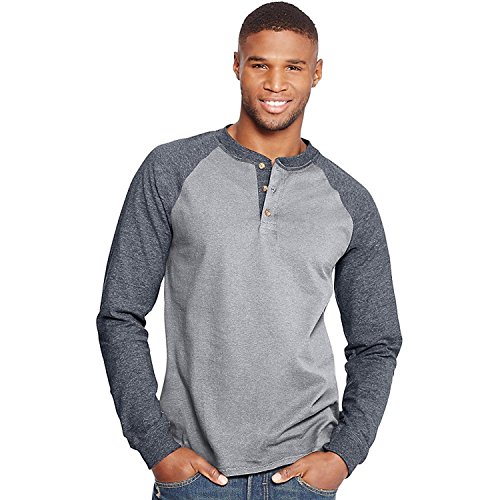 Men typically have a hard enough time fitting into the sleeves and shoulders of a blazer jacket. You want the jacket to look fit after all. If you have on long sleeves plus the blazer sleeves, the look adds unwanted bulk.

You look bigger and less trim, and that’s typically the opposite style men are generally going for. There’s also the issue of overheating, and when a blazer is already tight, the layers of sleeves make it too much. This is especially the case for larger people who are more heat sensitive.

Throwing on a loose cotton henley tee that might even be vintage with a ragged edge under a silk or polyester blazer and calling yourself dressed up does not work. Sure, if you are going for that Pratt style, but otherwise, not appropriate for the office. It screams, “I’m too cheap to buy a shirt.”

And henley shirts are cheap, which makes you look cheap.

And if you are trying to secure a business deal that says, “Money,” you want to look slightly expensive. You want to sell yourself, and a henley shirt says, “I’m not going to pay for anything.” Looking at Nordstrom for men’s henley shirts, for example, where all shirts are expensive, you can score a henley for $40.

There are also henley shirts that cost up to $200 if you want merino wool or rag & bone on the label. Then there is this shirt by Nordstrom that costs way too much at $350, and doesn’t really look like an authentic henley: 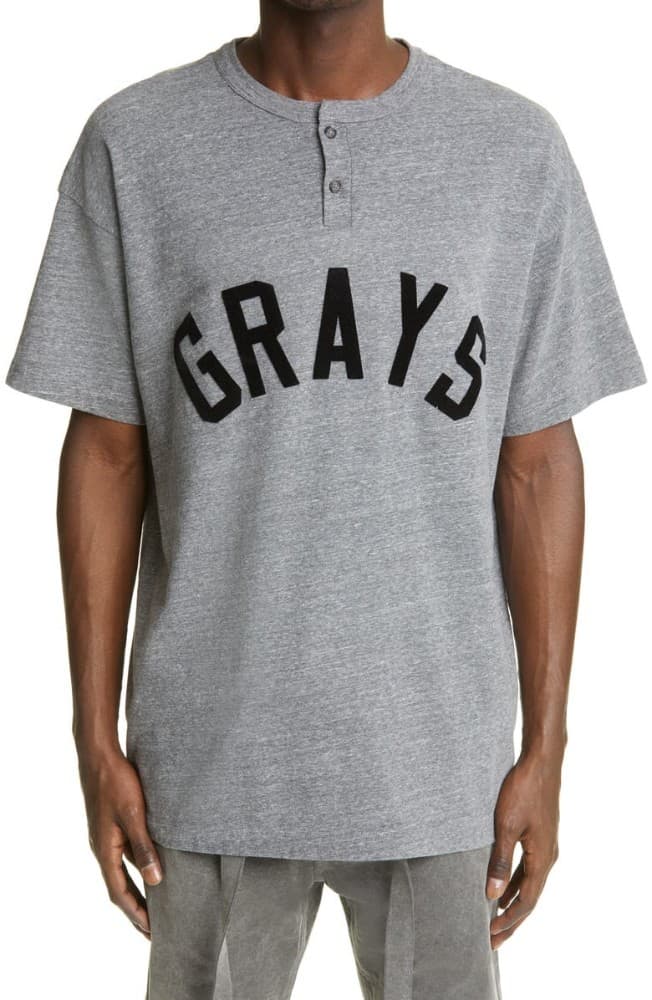 However, in general, we do not carry Pratt-sized wallets and bank accounts to match. As a result, the cheaper henley shirts are the basic collection for most wardrobes for men. Even the one that is $350 looks like a basic tee shirt material rather than a woven knit. This is even less exciting than the actual henley shirt.

It’s Not Cut for a Blazer

Sure, the henley shirt has three buttons and a slit on the front for a faux opening. However, the shirt is missing a collar and it does not have buttons on the cuffs like a dress shirt. This changes the way the shirt falls under a blazer, which is a version of a coat or dress jacket.

You also have no design throughout the rest of the shirt. It is very bland in terms of embellishments. There are no buttons down the middle of the front or the back. You don’t have a pocket in which to stuff a handkerchief or to use for a pencil holder (or cellphone pouch).

There’s not a lot going on that screams, “Put me in a blazer, coach! I’m ready to play ball!”

In my opinion, this makes the henley shirt not appropriate to wear with a blazer. It’s simply not cut out for the job of holding up the heavier coat-like material. Your body suffers and so do the overall impressions you send to everyone you encounter.

If you have a structured shirt underneath that jacket, your blazer wouldn’t look as limp either. Again, back to the style and fit of the blazer, which I’ve mentioned already. The fabric that is under the blazer must support or uphold the coat or else it’s a fail by design.

Taking a look at the classic and possibly most popular henley, the $30 Men’s Carefree Non-Shrink Long Sleeve Henley by LL Bean: 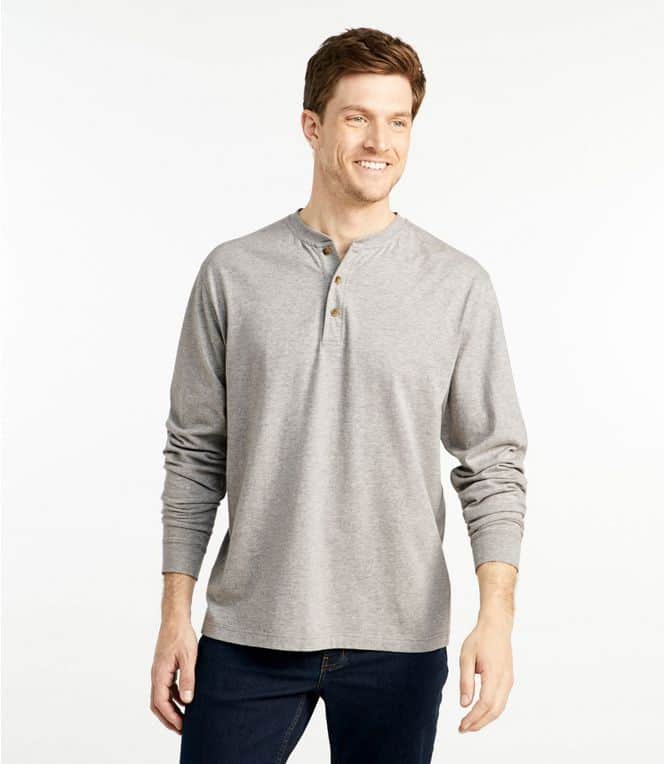 Not a care in the world, which means you most likely don’t care to wear a blazer. Blazers are a strong style choice, mainly because you have to be in a certain shape to wear them, to even fit into them comfortably. They are made for fast-moving folks who are most likely in a business venture.

Or two, which means they are not carefree or traditional, but modern and full of stress. This means you need to wear a shirt under a blazer jacket that helps you get the job done. A henley just does not cut it. It doesn’t work hard enough.

Bottom Line for Henley Shirts and a Blazer 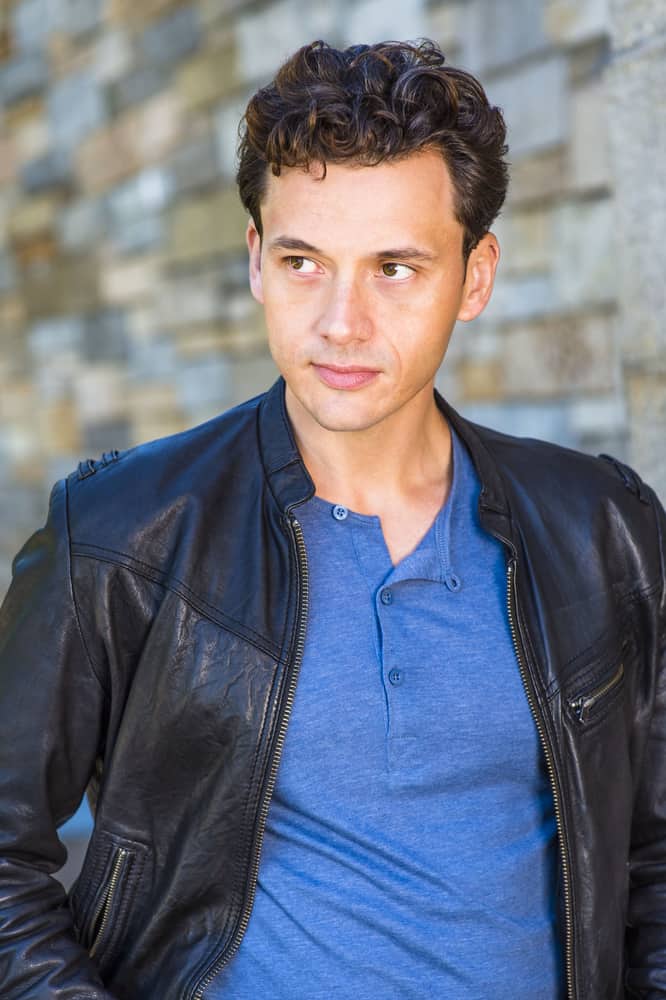 There is no way this is the only shirt you have in your closet. Instead of wearing the henley, try to find a short-sleeve button-up. It’s a much better solution, or if you have a tee that is somewhat fancy. Just don’t be basic or boring, it’s too plain and bland and unmemorable. Unless you are Chris Pratt, evidently.