Skip to Content
Samsung smartwatches are premium products while the Fossil smartwatch has both an entry level and premium smartwatch. 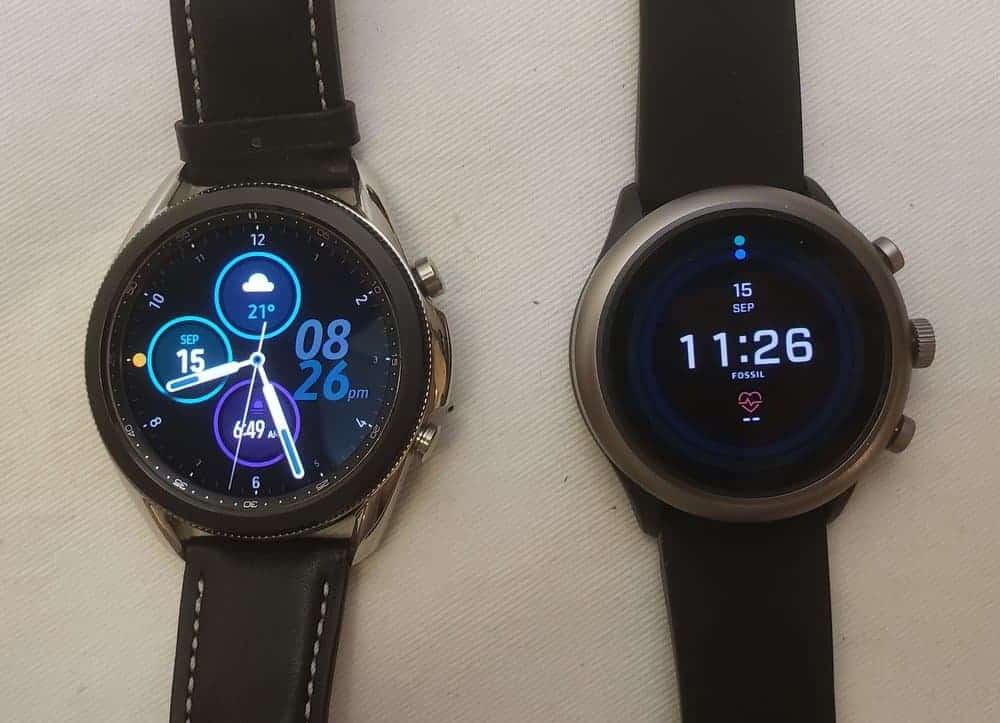 But the Fossil Sport Smartwatch isn’t wholly inferior to the Samsung Galaxy Watch 3. The main reason is because they run on different platforms and therefore they both exhibit different advantages and different disadvantages.

For such an affordable watch, the Fossil Sport Smartwatch offers a really good range of tools thanks to the Google Wear OS platform that it’s built on. That means access to Google Maps and Google Assistant.

The Fossil Sport Smartwatch is also a very compact smartwatch which I love. It’s very light and doesn’t feel like a weight on your wrist. I can see how this can be negatively interpreted though — it can feel like a fragile plasticy toy.

The opposite is true for the Samsung Galaxy Watch 3. It’s solid, has a very nice rotating bezel and has a much larger presence in terms of weight and looks. It runs on Samsung’s own Tizen OS which has a really beautiful design, but is technically less impressive than the Wear OS. Ultimately, if you are using a Samsung smartphone, it will bring you the greatest convenience in terms of pairing ease and extra features such as direct access to your emails and messages.

One of the biggest differences between them is the fact that the Fossil Sport Smartwatch has really poor battery life, and this weakness really just shuts down any discussion of how useful it is. The Galaxy Watch 3 lasts multiple days and that’s good.

It was the first Wear OS smartwatch that I reviewed which didn’t suffer from lag spikes and other annoyances that would be tolerable in the Windows 95 era, but not today.

The Fossil Gen 5 Carlyle also comes with a band and clasp, rather than the more typical strap. This is very unique. Plus, if you prefer something else, you can get another version of the Gen 5 with a different watch case and/or strap. It’s fantastic.

The Samsung Galaxy Watch and the Samsung Galaxy Active 2 continue the great quality of smartwatches that Samsung puts out, but I think everyone should be aware of one main difference between the two. 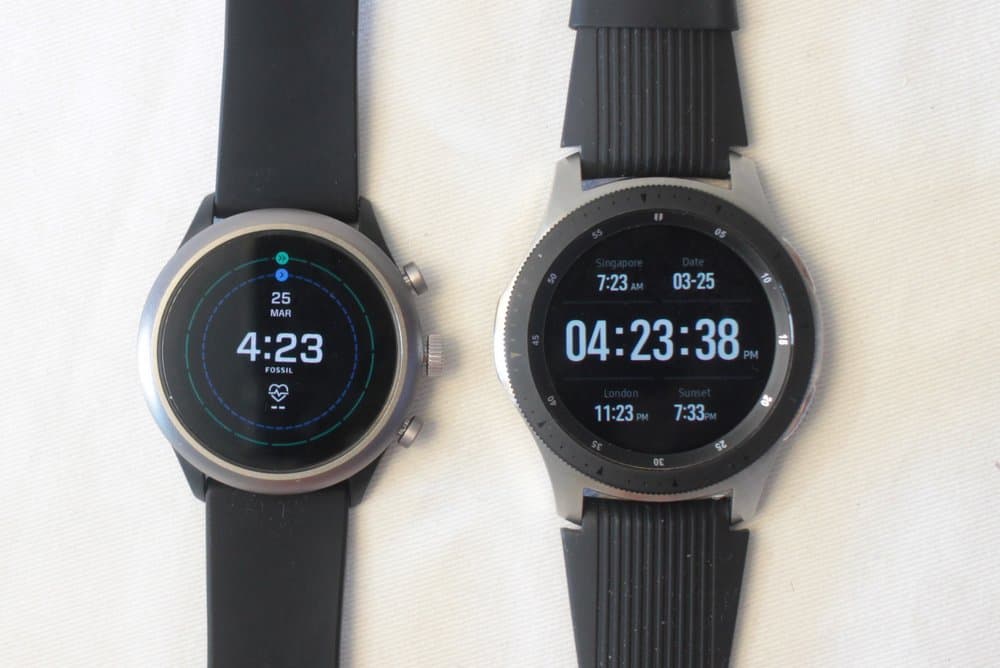 The Fossil Sport Smartwatch is an entry level smartwatch that I really like but it’s honestly no match for most smartwatches these days in terms of battery life.

It can’t last over a day, and sometimes. It’s a bit like a 9-5 employee who will go into power saving mode after work hours.

Feature-wise, the Samsung Galaxy Watch and Samsung Galaxy Active 2 are very similar in features, given that they run on the same Tizen operating system. Whereas the Fossil Sport Smartwatch runs on the Wear OS. In essence, I would say the Tizen operating system is much more attractive in design and looks, while the Wear OS is much more utilitarian, given that it has access to a large range of apps including Google apps.