Skip to Content
Sweaters, jackets, and hoodies are similar outerwear garments with shared purposes but distinct personalities. Take a deeper look at them here.

Venturing into fashion nomenclature surrounds you with an avalanche of names and subtle variations that can bury you with information. Clothing items earn their various names through a mix of factors like origin, material, design, and convention. Organize your wardrobe with confidence by better understanding the differences, similarities, and purposes of sweaters, jackets, and hoodies.

Table Contents show
Stitching the Basics Together
Beating the Cold with Sweaters
Jackets, or Little Coats
Hoodies
Merging the Threads
Should You Get a Sweater, Jacket, or Hoodie?

Stitching the Basics Together 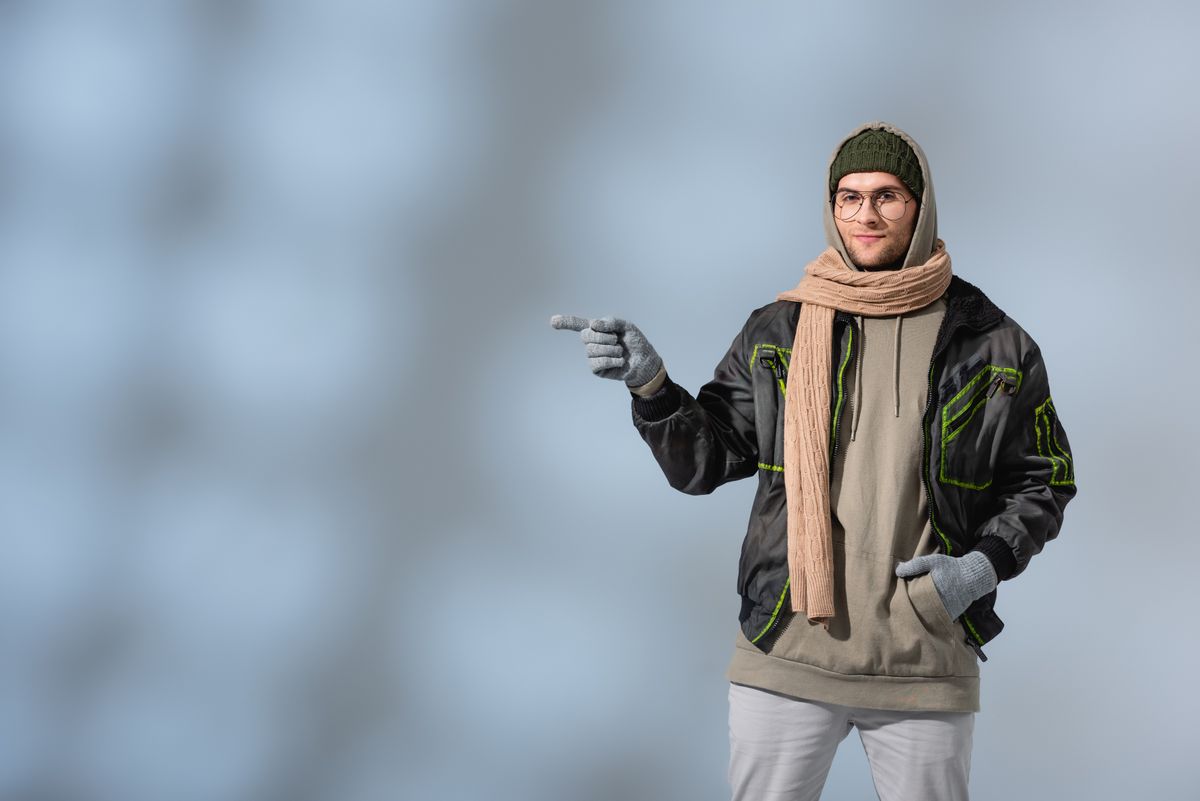 Beating the Cold with Sweaters 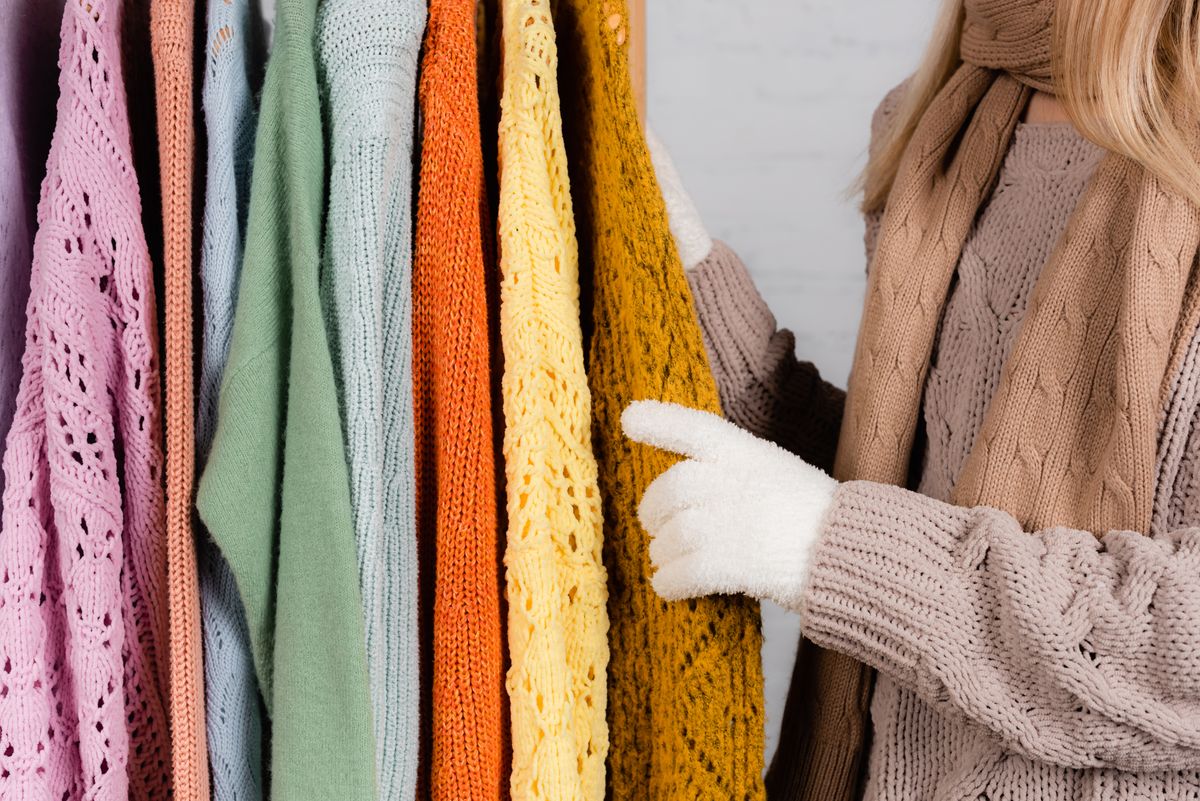 A sweater is a thicker outer garment that covers the torso and normally has full-length sleeves. Humans produced the first sweaters thousands of years ago by knitting and crocheting wool, and the simple yet effective design has remained a standard part of wardrobe options since then.

Outerwear that covers the torso and arms dates back even further than the sweater, but the sweater is a distinct evolution from the wool-based designs. Because of the techniques used and thicker fibers, there may be gaps in the outerwear’s coverage. Modern sweaters employ a wider range of materials and methods, but traditional wool sweaters are still in production.

More materials and work increase the cost, and even the cheapest sweaters tend to cost over $40. Wool sweaters and branded designs start a little higher, around $60, and the top end can push into multiple hundreds for hand-crafted sweaters made from high-quality wool or other fabrics. 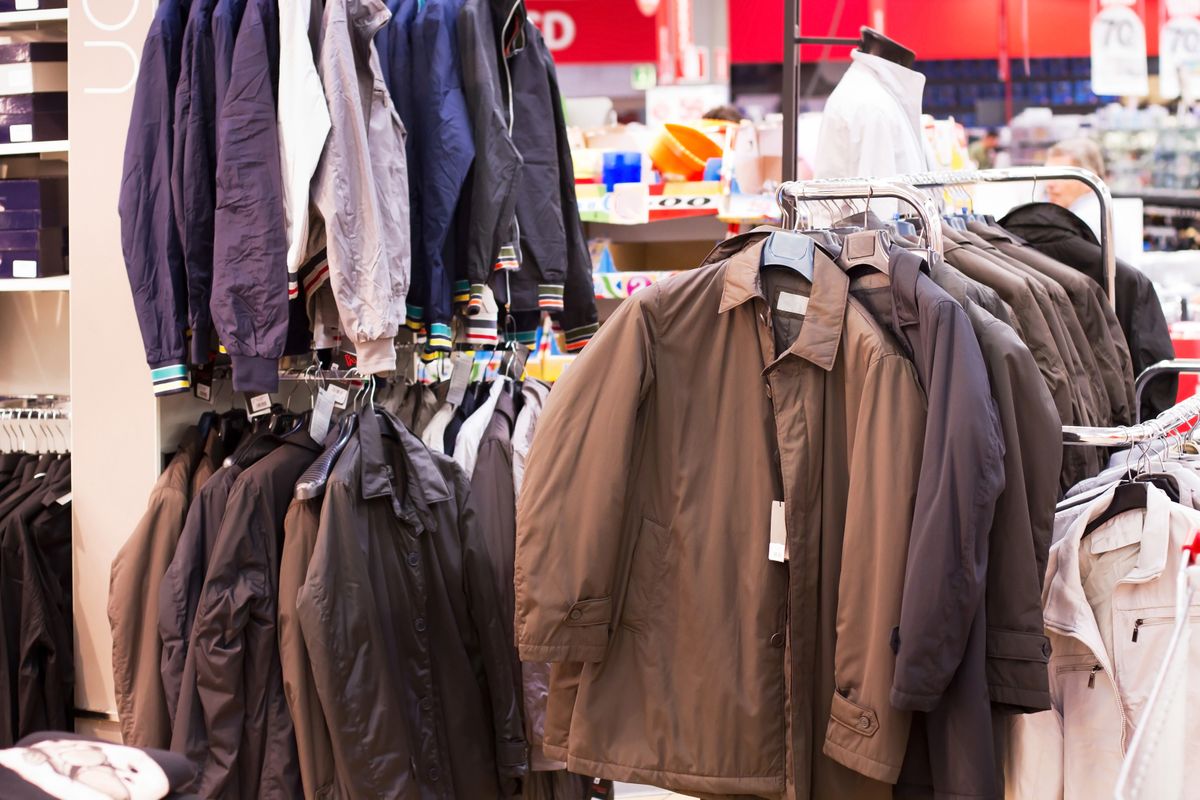 The etymology of jackets traces back to the French word jaquette, effectively translating to “little tunic” or “little coat”. A tunic is a longer outer shirt with a loose fit, similar to a blouse. While some sweaters have buttons or fasteners to loosen and tighten the garment, all jackets have an open front that optionally binds together when worn.

The opening makes it a little easier to don or remove the jacket, and the generally lighter construction than traditional sweaters puts it somewhere between a blouse and a coat for warmth. Trapping less heat would be bad in the tundra, but it makes it easier to work jackets into a variety of outfits without overheating.

Various materials are used in jackets, and changes to the construction have joined with that variety to create a wide selection of jacket designs from modern clothing manufacturers. The threads are usually more cohesive than knitted or crocheted fabrics, so there are rarely gaps in coverage. Social perception of jackets varies greatly with the design.

The blazer can be worn as part of formal and business wear, but a windbreaker jacket has a more casual look and a more aggravating sound every time it moves.

Jacket pricing is influenced heavily by its materials and features. A light cotton jacket with no branding might cost $15, but a quality leather jacket will cost several hundred dollars. A blazer can cost from $40 to more than $100, and they frequently look best with tailoring that adds to the cost. 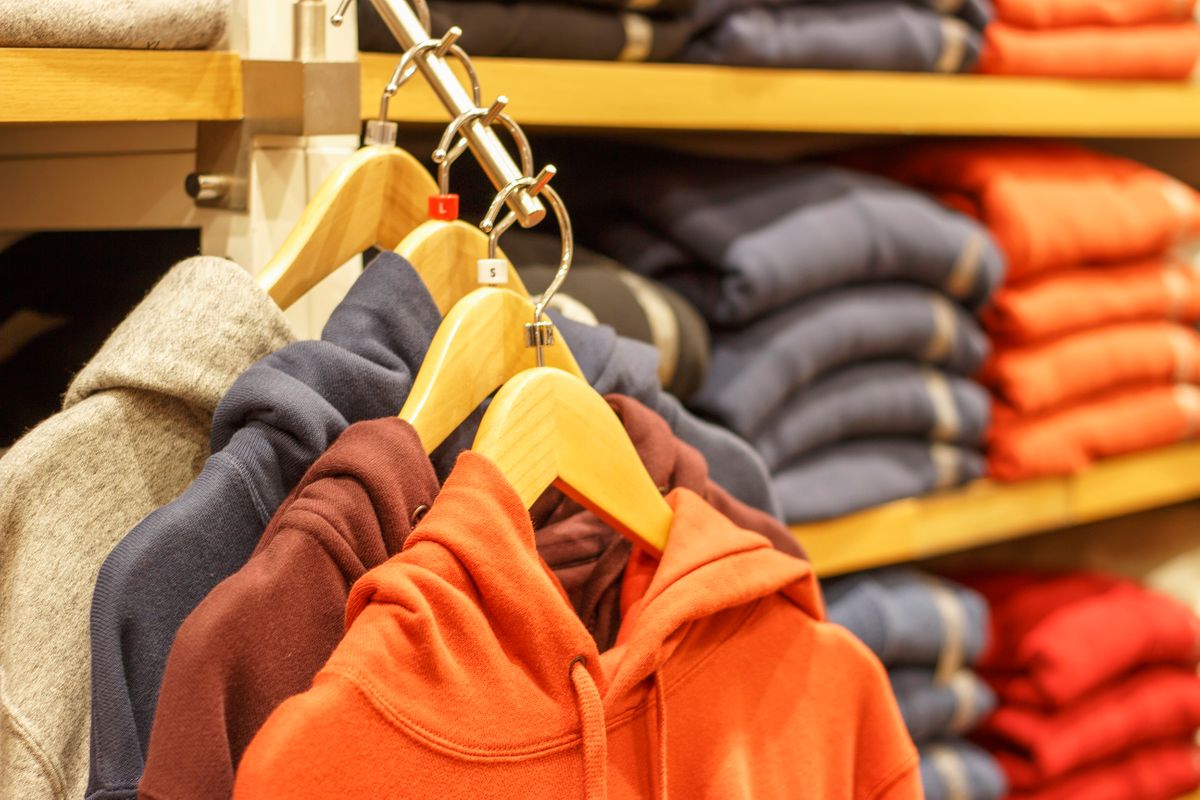 Hoodies have become a mainstay of casual wear in the United States and around the world since their creation in 1919. The technical definition of a hoodie varies slightly depending on who you ask. For some, a hoodie specifically refers to a soft sweatshirt that has a hood sewn into it.

Others will say that adding the front opening of the jacket doesn’t stop it from being a hoodie.

You’ll see hooded jackets marketed as “zip-up hoodies” or “hoodie jackets”, and the term “pullover hoodie” is redundant. Common usage overrides any fashionista’s opinion on the appropriate naming, especially for businesses that are trying to direct customers to their product pages. If someone does make it a point of contest to score social points, you’ll be armed with more knowledge to defend your position.

Like other garments, the type of material also influences whether or not it counts as a true hoodie. Cotton is the go-to material for its softness and breathable warmth, but other fibers that fit the profile make their way into designs. Windbreaker hoodies have nylon exteriors that resist water better than cotton, keeping the wearer warmer in wet environments.

On the low end, a hoodie might cost anywhere from $15 to $40. Thicker hoodies or those with copyrighted brands can cost above $100, especially when opting for larger sizes. At the time of writing, jerseys in the NFL shop were $119, while sweatshirts with and without hoods ranged anywhere from $40 for discounted items to $134.99 and up for a large number of higher quality sweatshirts. 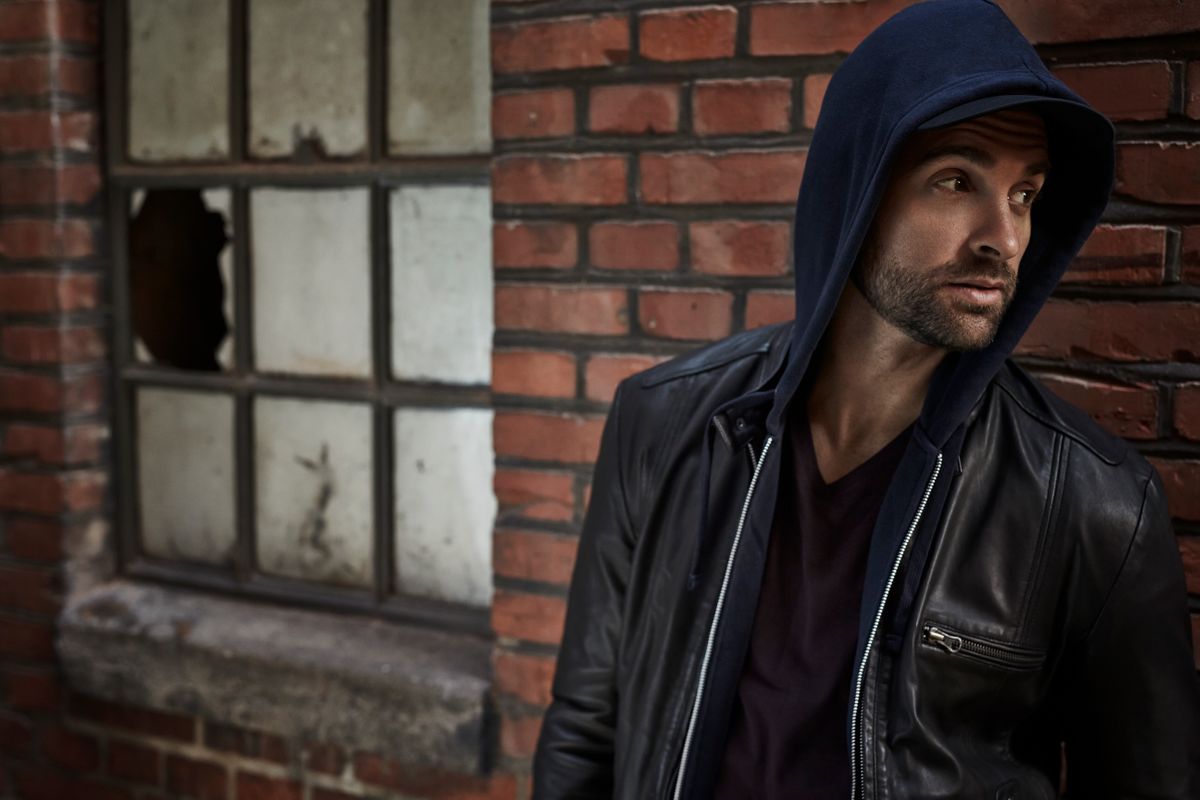 The differences between jackets, hoodies, and sweaters are minimal, and many types of clothing sit somewhere between the three. All humans have similar physical and social needs, so there are concurrent themes in clothing designs throughout history and in the present.

Adding a hood to outerwear is not a new concept, even if the hoodie is. This widespread use of hoods is part of why hoodies are defined by more than just the existence of a hood. The traditional anorak is a jacket design that originated in human populations living near the Arctic circle, and crafters frequently added hoods to it.

The use of animal furs and hides native to the area keeps it notably distinct from modern hoodies.

Parkas are also similar to hoodies, and they are heavily related to anoraks. The traditional materials were furs and skins that were occasionally coated in fish oils, making them much more weather and cold-resistant than wool. Over time, the style of the parka was adopted by people in cold climates around the world, including changes like front zippers and modern fibers.

The furred hood is a distinctive feature that still shows in these designs.

Hoodies are a relatively new variation on this form of outerwear, but other modern takes have also gained prominence. Sweater vests are made nearly the same as sweaters, but the sleeves are removed. Aside from the fashion potential, sweater vests help keep the core body temperature reasonable while leaving the arms free from cover.

The short waist on spencer jackets appeared as a fashion statement in the late 18th century. A long backless turtleneck sweater vest worn as a mini dress has been a recent source of media buzz for its scandalous appearance, a term that is not often associated with knit clothing items.

Should You Get a Sweater, Jacket, or Hoodie? 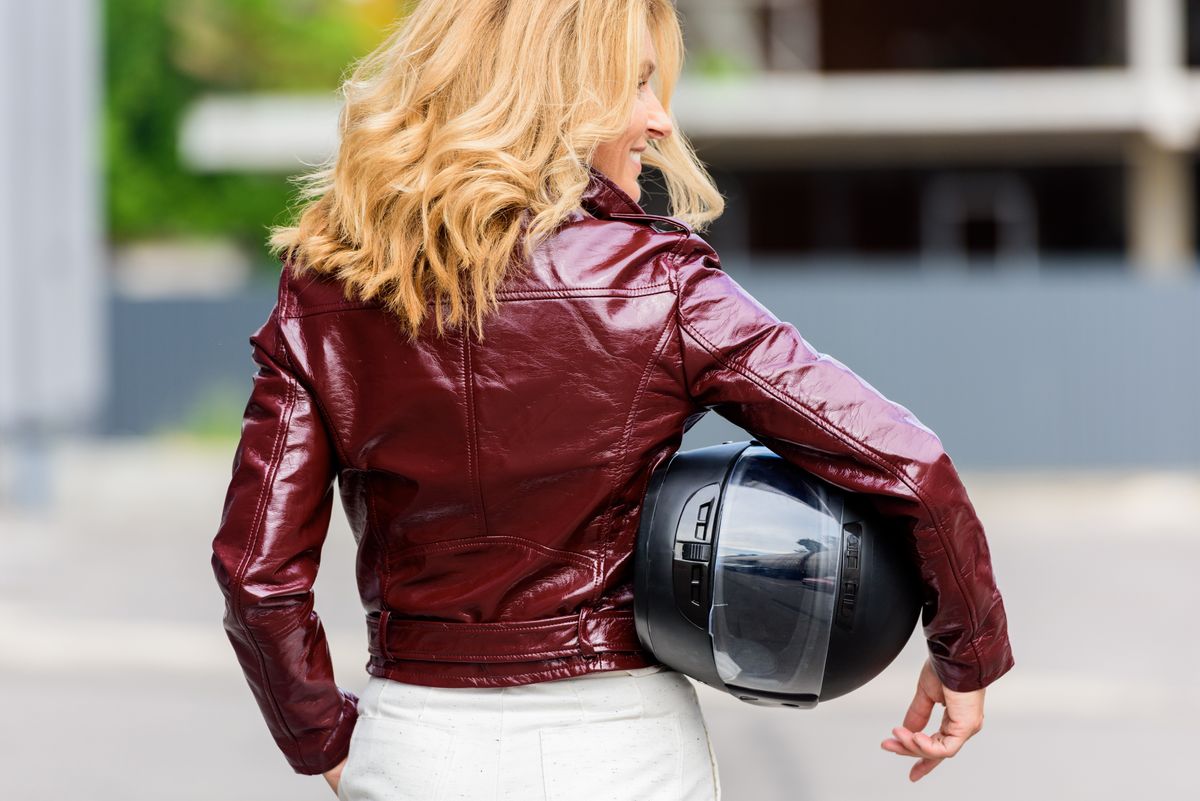 First, you should select the right level of insulation to keep you safe from the cold. From there, you have the freedom to pick and choose between the wide variety of options in each broad category. Remember that you can wear a hat to add warmth instead of having a hood, but a thick hood like one on a parka can more than double the thickness of the insulating layer.

To pick just one, it’s hard to go against a larger hoodie with deep front pockets. The warmth is comforting in the cold, and they don’t swelter like a wool sweatshirt or leather jacket. Cheap ones are fairly durable but ultimately replaceable if you need to wear them in a work environment where it might get stained or ripped.