Skip to Content
The Ticwatch Pro 3 unseats the crown that the Fossil Gen 5 Carlyle had as the best Wear OS smartwatch out there. 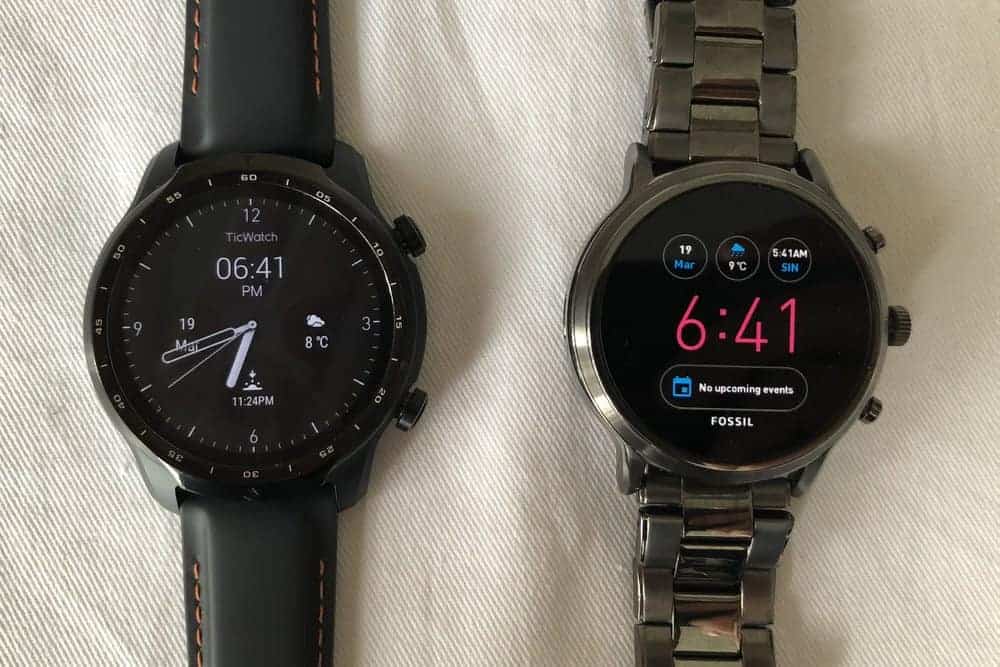 Before the Ticwatch Pro 3 GPS came out, I told everyone who asked that the Fossil Gen 5 is the best smartwatch to get if you wanted a Google Wear OS smartwatch.

However, things have advanced and when the Ticwatch Pro 3 came out, it completely moved the Fossil smartwatch out of its throne.

So, is there any reason to buy the Fossil Gen 5 Carlyle over the Ticwatch Pro 3? 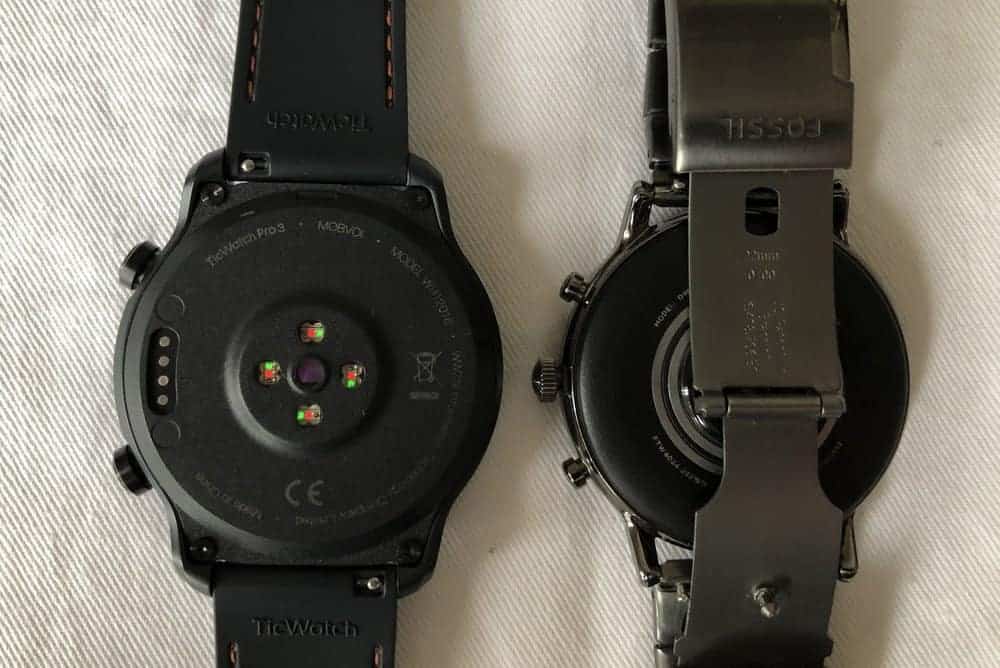 On the hardware front, both smartwatches are pretty good with the Ticwatch Pro 3 having the absolute advantage because it has a better processor.

Most of the time, you won’t notice much difference between the two. It’s just that when you have a background process that’s running or when you’re expecting immediate response where you’ll notice a difference.

For example, when I activate Google Assistant, I want it to be able to take my question immediately. On the Fossil Gen 5 Carlyle, there’s a second or two of wait time whereas on the Ticwatch Pro 3, it’s instantaneous. 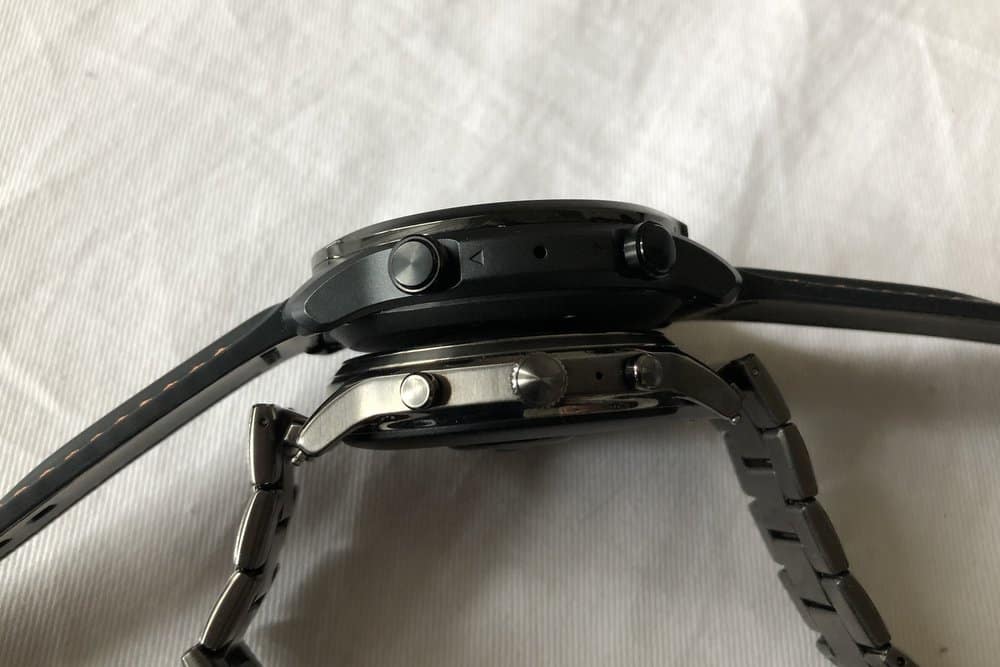 If you do not like the looks of the Ticwatch Pro 3, you’re out of luck. Mobvoi has adopted a classic Ford mentality to its design — that is, you can have it in any colour as long as it’s black.

But the Fossil Gen 5 series is much more like modern Fords in that there are many different designs based on a similar platform. The Fossil Gen 5 Carlyle that I have comes with a metal band and clasp but if you want a smartwatch with a silicone strap or an aviator watch case, you will also be able to find them based on names such as “Julianna,” “Garrett” and “Carlyle.”

The metal band that I have is a pretty interesting innovation. I haven’t seen this in any other smartwatch and I like it.

The only problem is when you first buy the smartwatch, you will have to do some manual work and remove links so that it’ll fit on your wrist. That’s a bit of a pain because Fossil doesn’t provide the tools and I had to do it with some makeshift tools like a paperclip and hammer.

The main difference between the two really lies in the custom apps provided by the manufacturer.

As both smartwatches are built on the Wear OS platform, the upsides and downsides are very similar. Not only do you get a really good suite of apps from Google such as Google Maps, but you also get access to one of the bigger app stores for smartwatches. 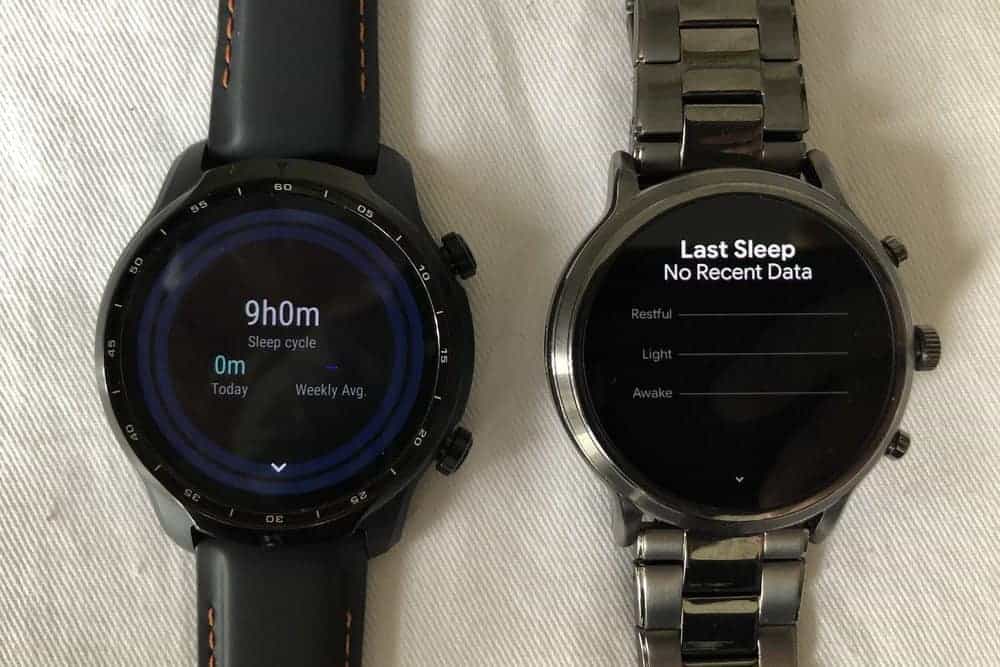 Mobvoi has included some really useful health metrics tracking apps on their platform. You can track your overall fitness through its TicHealth app, track sleep through TicSleep, track stress through TicZen, blood oxygen saturation through TicOxygen and noise through TicHearing.

Fossil smartwatches do not have an equivalent sometimes. That’s a bit of a pity but I didn’t find all these apps to be as useful as they seem to be. For example, TicHearing is a good concept but unlike the Apple’s implementation of the noise tracker (which runs in the background), TicHearing doesn’t run in the background so you’ll have to open the app in order to get a reading of the noise levels.

Furthermore, while tracking blood oxygen saturation was all the range in the later half of 2020 (thanks to the Apple Watch Series 6), I haven’t found that this metric can be used in most cases. It’s nice to have, but it’s also one of those metrics that I have no clue how to act upon.

An update that Fossil released a few months ago really implemented some useful functions via its Wellness app including a Cardio Fitness metric and sleep tracking. Before that, I really felt that Fossil’s flagship smartwatch really lagged behind other competitors because it didn’t have any sleep tracking functionality.

Speech to Text, emails and text

One of the biggest reasons to buy a Wear OS smartwatch is to enjoy the benefits of Google’s speech to text functionality. What this does is that it helps you get things done more conveniently.

So let’s say you get an email or text notification. If you want to reply, you’ll be able to using a bunch of methods including manual input. Honestly, I never bother with that because I’d rather just go directly to my phone.

Therefore, the only input method I’d bother with is through the speech to text function. Yes, you can speak to your smartphone and it’ll come up with a reply.

I find this convenience really great. Sometimes your phone will be so inconveniently located that it’s easier to just raise your wrist and send a quick message. On both the Ticwatch Pro 3 and the Fossil Gen 5 Carlyle, the experience is similar, since they’re based off the same software.

You can also use Google Assistant on both platforms and this is one of the biggest things about either platform.

Google Assistant makes things easy because it can interpret your message properly and it can take away the tedium of setting up timers manually.

The Fossil Gen 5 Carlyle isn’t as good as the Ticwatch Pro 3 when it comes to battery life.

Where the Ticwatch Pro 3 can last a few days, worn 24/7, the Fossil Gen 5 Carlyle isn’t really meant to be worn beyond one full day. My experience has been that if you run this watch for more than one day, it might not see it through the second day if you increase the usage on the second day.

On the other hand, the Ticwatch Pro 3 has a really battery saving feature that is the dual screen configuration. The Ticwatch Pro 3 comes with a monochrome LCD screen as well as a full colour LED screen.

The former is used most of the time to display essential information such as time and date while the latter is used for more “smart” functionality such as Google Assistant, replying to text and apps.

Paired with its optimized Qualcomm Snapdragon Wear 4100, the batterylife of the Ticwatch Pro 3 just beats every other Wear OS smartwatch out there. 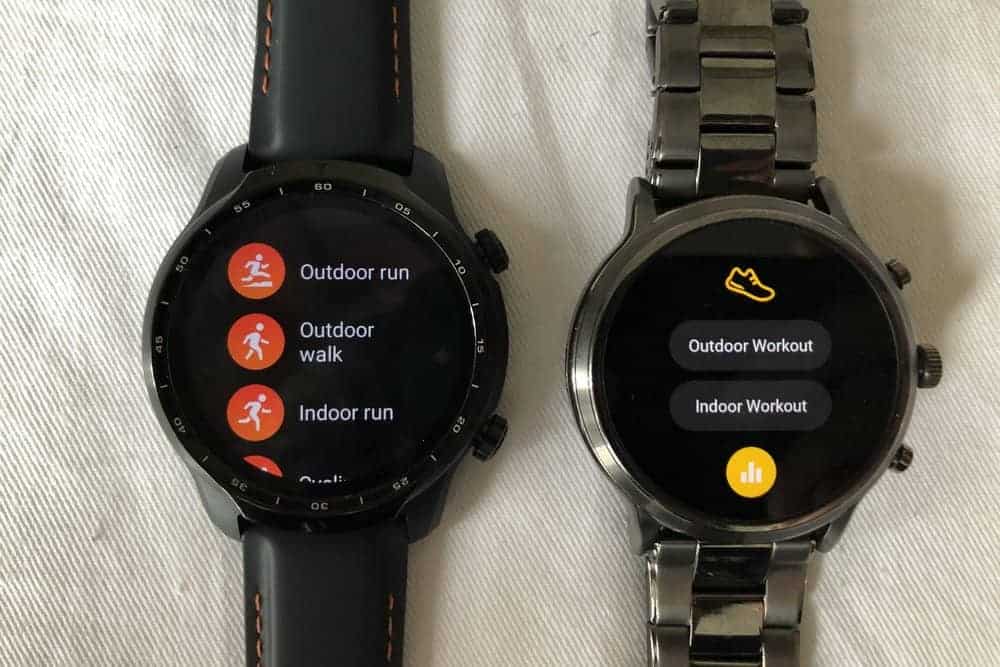 One of the most important things about a smartwatch is its ability to track your workouts.

In this case, both watches have their own suite of workout tracking apps. Mobvoi has included the TicExercise app into the Ticwatch Pro 3 while the Fossil Gen 5 series has traditionally relied upon Google Fit, but with its new Wellness app, you can track your fitness through that app.

The Wellness app isn’t very good. There are two options you can track: outdoor activity and indoor activity, which is why I always go back to tracking with Google Fit. I prefer it because Google Fit Workout has many sports and exercises to pick from, so you’ll know what kind of workouts you’ve been doing.

That said, Google Fit still can track much more, but if you use Google Fit on the Ticwatch Pro 3, you won’t be able to see your workout metrics on the LCD screen. 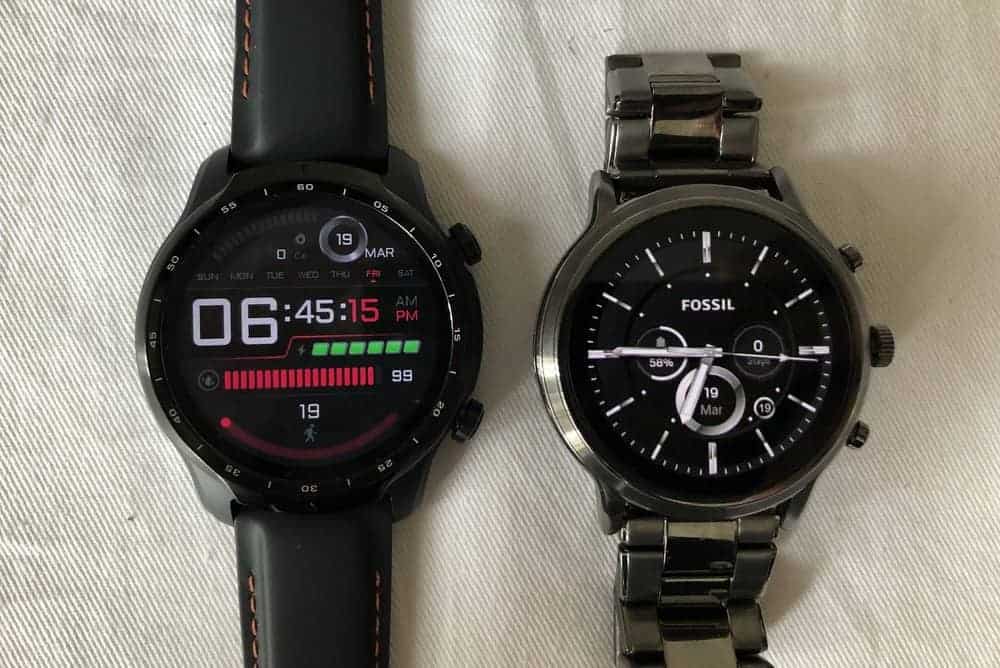 I’d have to say that both watches put up a good fight but the crown still stays with the Ticwatch Pro 3. That watch is just so amazing because of its enduring battery life, its dual layer screen and its excellent performance.

However, it only comes in one design and you either like it or you don’t.

If you don’t, well, the Fossil Gen 5 Carlyle offers similar levels of functionality and good performance but has many more designs that you can pick from. It’s also a very capable Wear OS smartwatch.