Skip to Content
The Ticwatch S2 is marketed as an outdoors watch by Mobvoi. What you'll find is a utilitarian watch at a great price and with great functionality. 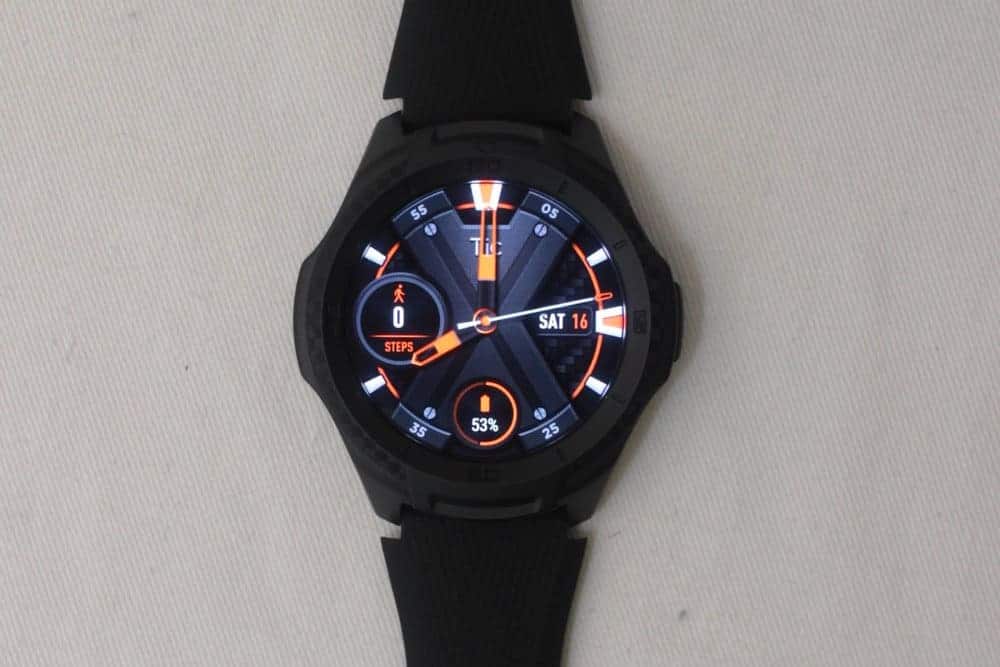 I feel like I’m writing a review of the same watch. It does look different than the Ticwatch E2 to some extent, but in terms of proportions, they are about the same.

But if you haven’t read that review, I’m going to run through it with you. I really liked the Ticwatch E2, and I expect to like the Ticwatch S2.

Who is this for?

This was the first question I asked when I reviewed the Ticwatch E2. Mobvoi’s website does provide some clues as to who it’s for. 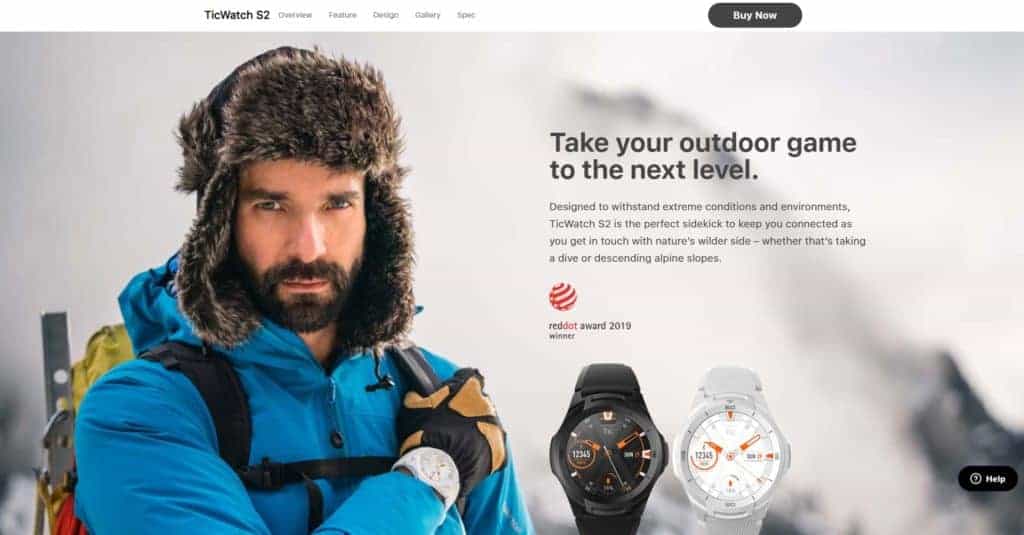 Mobvoi makes a point to show how rugged. Mud, snow, rocks, surfing. And they definitely made an effort to show pictures of sportspeople taking the watch into water.

Mobvoi also made an effort to highlight the US Military Standard 8100 rating of the watch which promise that “your watch can withstand extreme temperatures and conditions.”

A quick scroll through the feature comparison tool on Mobvoi’s website shows that the only difference in features between the E2 and S2 is the military rating.

These certifications and claims are great and in fact, the watch does look quite rugged. It has a thick bezel with the screen deeply recessed. In my experience, this helps protect the watch from accidental damage when you accidentally slam it against a tree trunk or wall, for example.

But at the same time, if we want to talk about a real mountaineering watch, let’s compare this to the Garmin Fenix 6. That watch has a full-steel watch case and you can buy it with a myriad of options including a Sapphire-coated glass and also a solar charger. That watch feels much, much more sturdy, and robust.

The Ticwatch S2 isn’t uncomfortable to wear, nor is it comfortable.

It’s definitely putting a noticeable weight on your wrist, despite it being one of the lighter watches, especially of its size. Its plastic body and silicone strap allow it to be lighter than watches with a full-metal watch case such as Mobvoi’s flagship watch, the Ticwatch Pro.

Its size puts it between medium and large. Ticwatch has a smaller version, the Ticwatch C2 if you want something smaller.

The strap is thick and does put your wrist at an elevated position when you rest it on a table. This makes typing a bit uncomfortable. A good thing is that the strap doesn’t leave unsightly imprints on your wrist.

Fortunately, the Ticwatch S2 uses a universal 22mm strap attachment mechanism that will allow you to easily swap the default strap for something you like.

This watch has one button that functions similarly to the iPhone’s one button — a long press to activate Google Assistant and a single press to go back to the main screen. The simplicity of one button is great — I’ve reviewed watches with five buttons and you never really know which button to press. 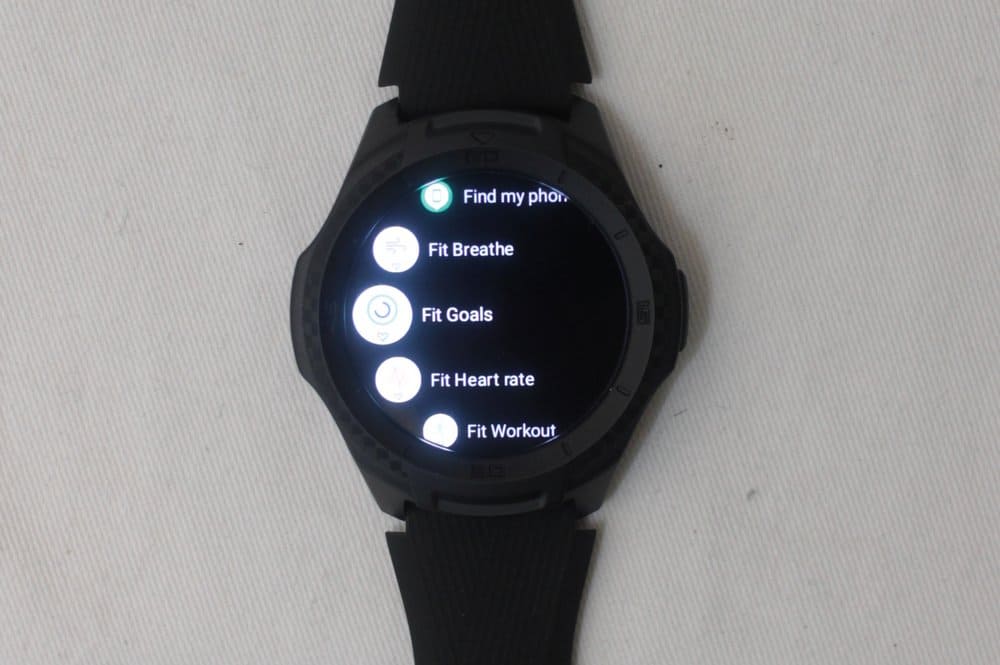 The hardware in Mobvoi watches is more or less one and the same for all its watches and the Ticwatch S2 is no different.

What does this mean for the user’s experience? For some reason, I have found that the Wear OS experience with this combination of hardware to be getting smoother and smoother.

When I first reviewed the Ticwatch Pro a few months ago, it was SO SLOW. I am just glad that the Ticwatch S2 never felt sluggish to me except in a few instances — such as when it’s updating software in the background, which will happen when you first turn it on.

The Ticwatch S2 has no NFC capability so you can’t tap your smartwatch to pay through the Google Pay app, which clones your credit card. Funny — I usually wouldn’t write about this feature, but NFC payment has become very useful during COVID-19.

A bit of a caveat emptor — when I took this watch out of its box and tried to turn it on, I couldn’t. It would not respond. It felt like it was dead on arrival. I searched up this problem and found a tip where you would place and remove the watch in two-second intervals five times. That didn’t work (it worked for the Ticwatch C2), so in a last attempt of desperation, I left the watch on the charger overnight. Oddly enough, the next time I saw it, it was turned on and ready for set up. 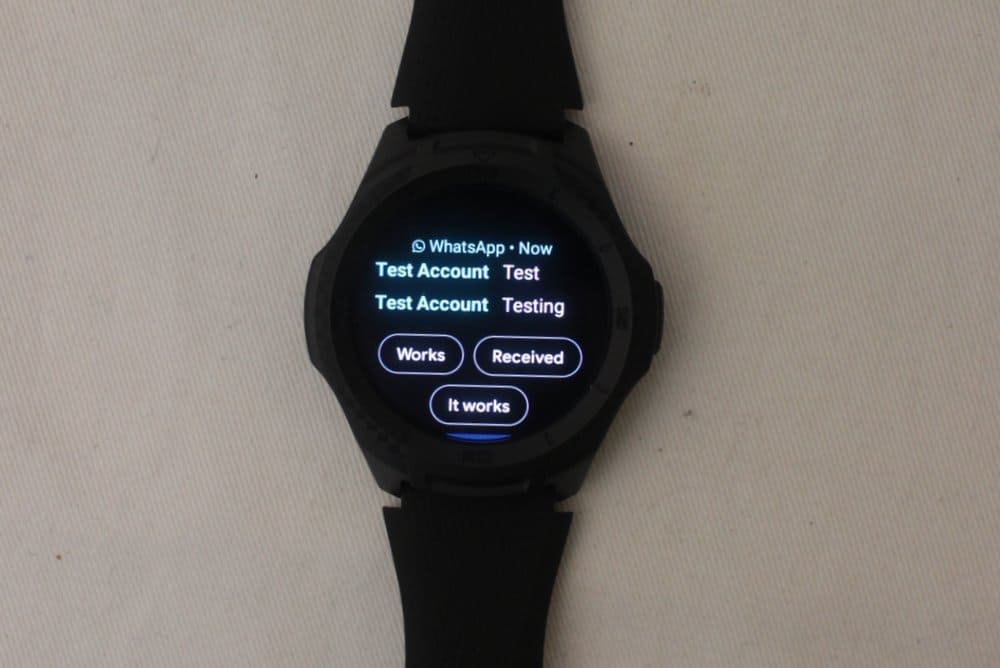 One of the best things about smartwatches is how it allows you to read emails and texts without digging your phone out.

I find it especially useful when you’re doing an activity and don’t want to dig your phone out. For example, when cycling and a friend sends you a text relating to your upcoming meeting.

The great thing about the Wear OS is that notifications on either an iPhone or Android are passed on seamlessly. The downside with pairing the Ticwatch S2, or any Wear OS, the watch is that you can’t reply to messages received on an iPhone.

But on Android, replying to notifications is a great feature to have. Google has some great canned replies that dynamically change according to the context of the received message.

But if you need something more customized, you could also rely on the superior speech-to-text functionality. This is my preferred way of inputting text because it’s very efficient, especially because Google generally gets most of the text right. 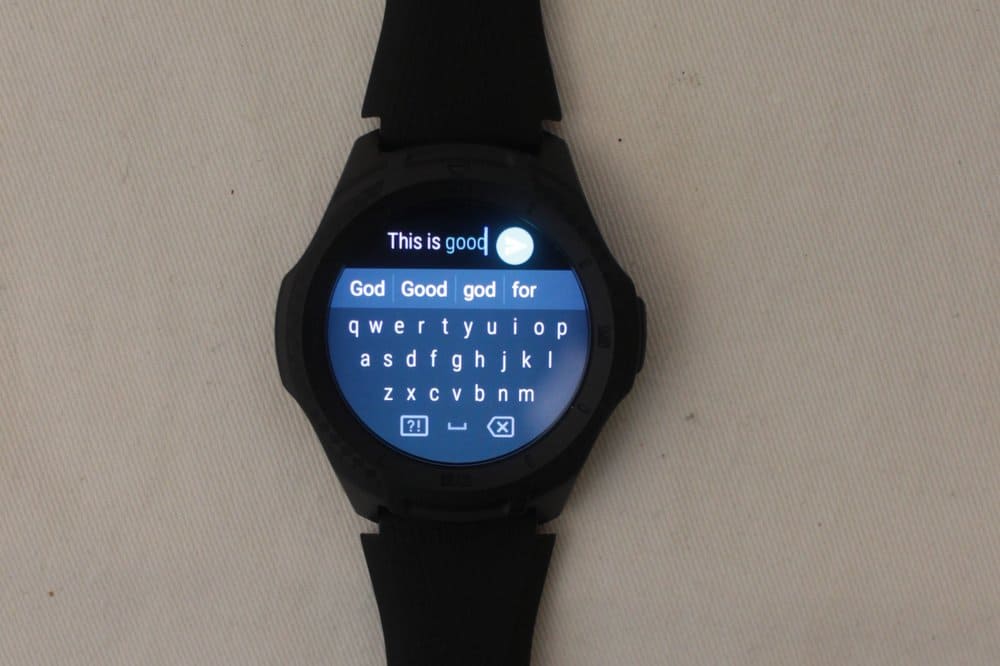 That said, if you are in a quiet environment, you can also input text using the keyboard or handwrite letters to form words. Both methods are OK but I still have a preference for the keyboard over handwriting because the former is more efficient.

But unlike if you owned an Apple or Samsung smartwatch-smartphone combo, you won’t be able to read past messages once they’re no longer in your notifications. This is a nice convenience to have, but to be honest, I never found that to be something I’m missing in watches that do not have this feature. 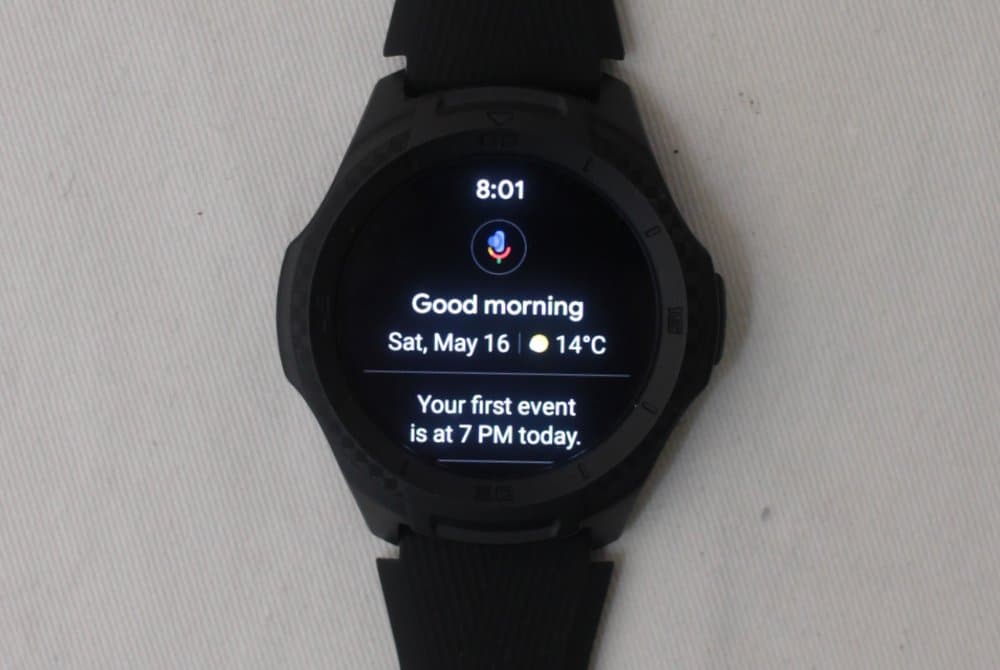 A great speech-to-text feature greatly helps the quality of the voice assistant, which in this case, is Google Assistant.

Google Assistant is amazing. It’s a really good task assistant which can help you find information from “Where is Australia” too tedious tasks like setting a timer. 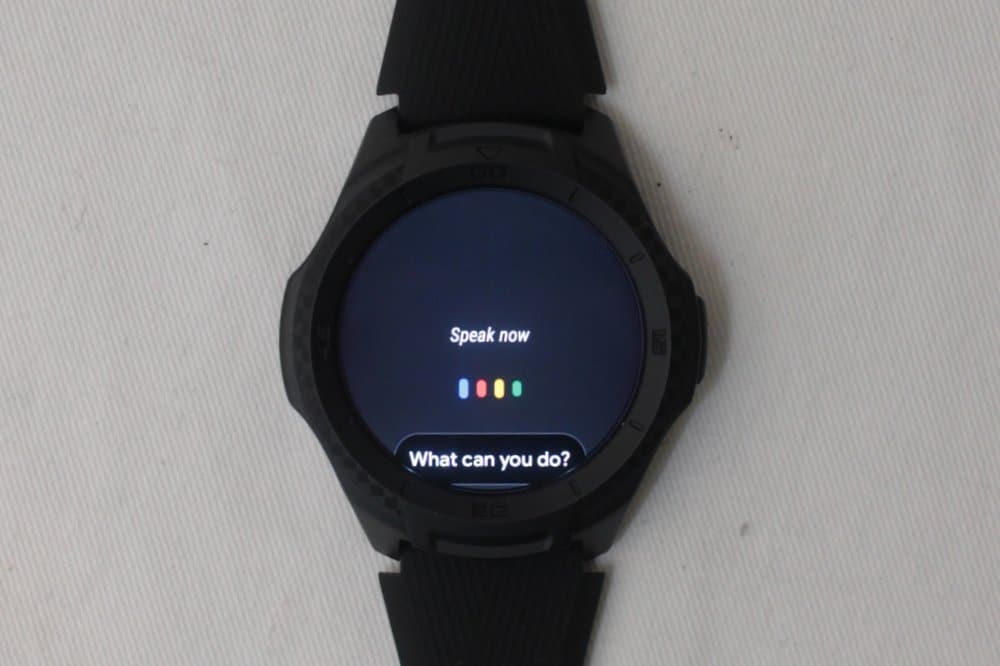 A good speech recognition system really helps. I have used other OSes were setting a timer is an exercise in frustration because it couldn’t differentiate between “for” and “four.” And in some other OSes, the types of queries you can make aren’t as broad as Google Assistant allows.

Google Assistant integrates really well with many of the apps and works with most commands you are used to on its smartphone counterpart.

Wear OS has a big user base and as a result, it has an app store that has many great apps.

I really liked having the Google suite of apps including Google Maps, Keep and Translate. Google Maps was particularly useful because having a map on your wrist is good for navigating on a bicycle without a cellphone mount. 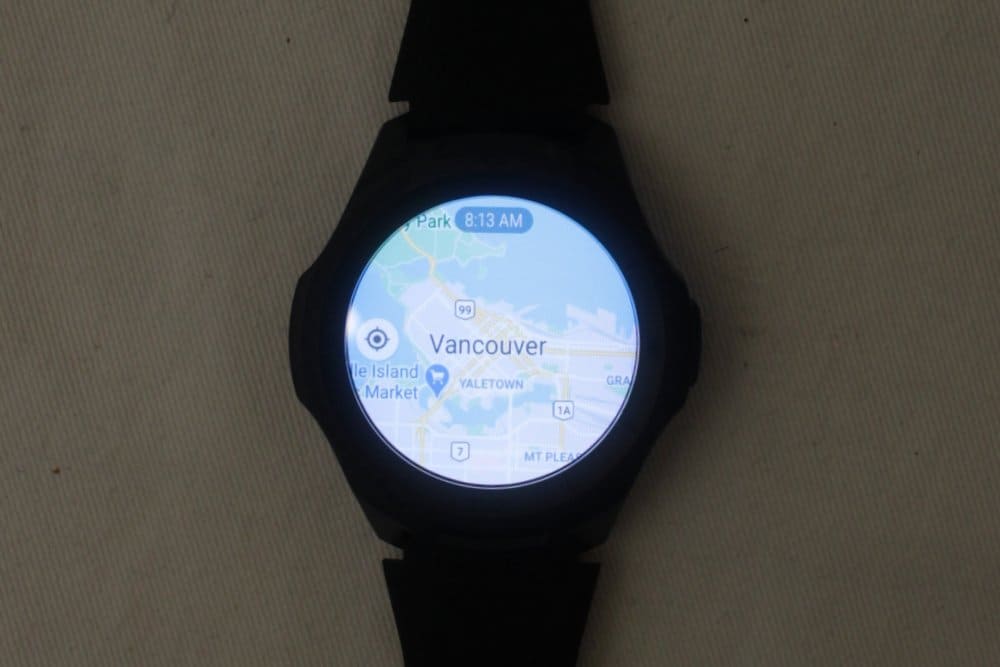 The great thing about Google Maps is that it also integrates very well with the watch’s Google Assistant.

Then, there are other useful apps including a grocery shopping list, a flashlight, weather, and during the COVID-19 pandemic, Google introduced a hand-washing timer.

You get two days of battery life before you’ll need to charge the watch. My experience is that if you use the watch to track your workouts on one day (with the GPS data taken from a paired cellphone), do simple tasks on the next, you will be able to get through two days.

Generally, I’d say you’d be better off charging it daily for the longevity of battery life and to be able to get through the second day without going into battery saver mode.

You can’t make calls or receive calls on the Ticwatch S2. This smartwatch does not have a speaker so making calls would be impossible. The only Ticwatch that can make calls is the Ticwatch Pro.

Personally, I really like having the ability to answer calls on my wrist. It might look ridiculous, but it is very convenient because you will never need to make a dash for your phone when it rings. Nonetheless, few entry-level watches have this functionality and the Ticwatch S2 is no exception.

That said, when you receive a call, you will be able to decline or accept the call on the Ticwatch S2, but you will have to chat on your phone. 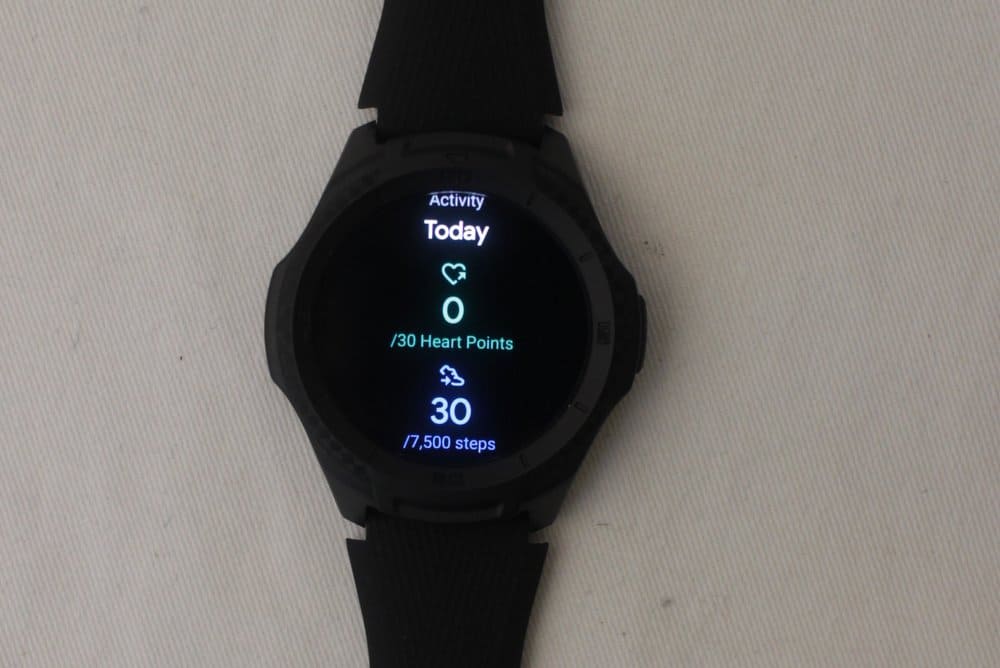 So, an outdoors watch, eh?

Excuse the Canadianism at the end, but will this watch be reliable in the Great White North?

But you can take this watch to the water, no problem. Few watches are non-waterproof these days and it’s great that this watch can be taken into the water.

Mobvoi watches come with both Google Fit and its own TicHealth/TicExercise/TicPulse apps. As Google Fit gets updated, the overlap between the two apps becomes more pronounced.

In the past, Google Fit did not have a step counter and that’s where the Ticwatch’s suite came in handy. These days, Google Fit has abandoned its movement minutes metric in favor of the step counter, which means that it’s a one-to-one overlap with the TicHealth. Google Fit also never had a heart rate app but now it does. 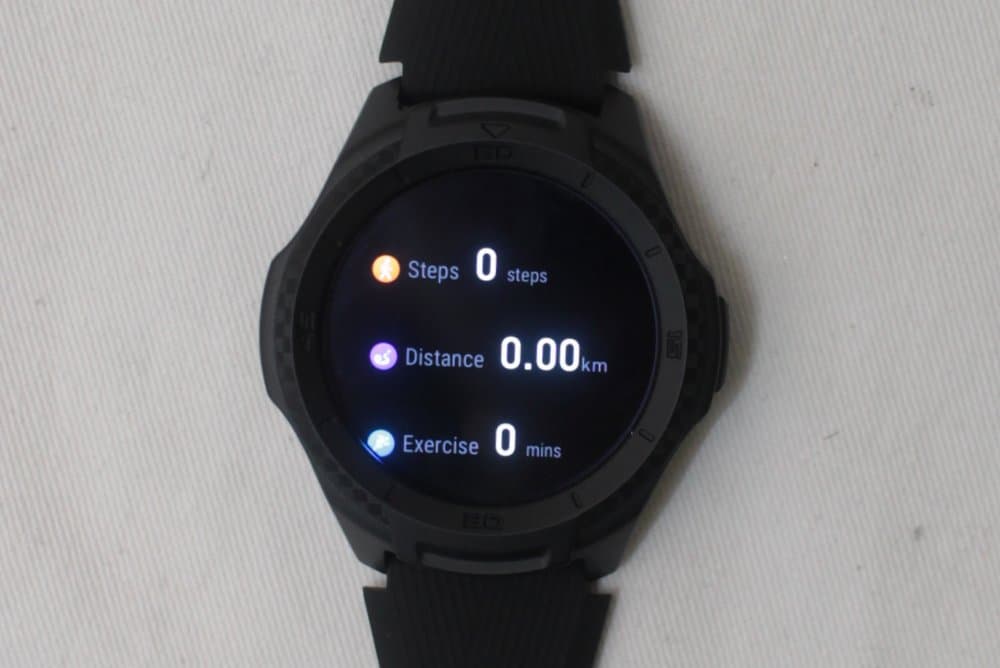 More choices are generally a good thing, but in this case, since these two apps do not communicate with each other, you can’t really have the best of both worlds if you want consistency in health and lifestyle tracking.

Let’s put it this way: if you switched back and forth between apps, then you’ll have to refer to two different apps in order to get a summary of your activities. Not very convenient. This is further complicated if you intend to buy a watch from a different brand in the future.

And if you are a swimmer, then it’s tough because only Mobvoi’s apps track swims. Google Fit does not.

But Google Fit has more activities to choose from. Like frisbee, stand-up paddleboarding, and other less mainstream workouts.

Otherwise, the watch is a good sports companion. It was able to reliably tell me my heart rate and one advantage of having a bigger screen is the ease of being able to read data off it. 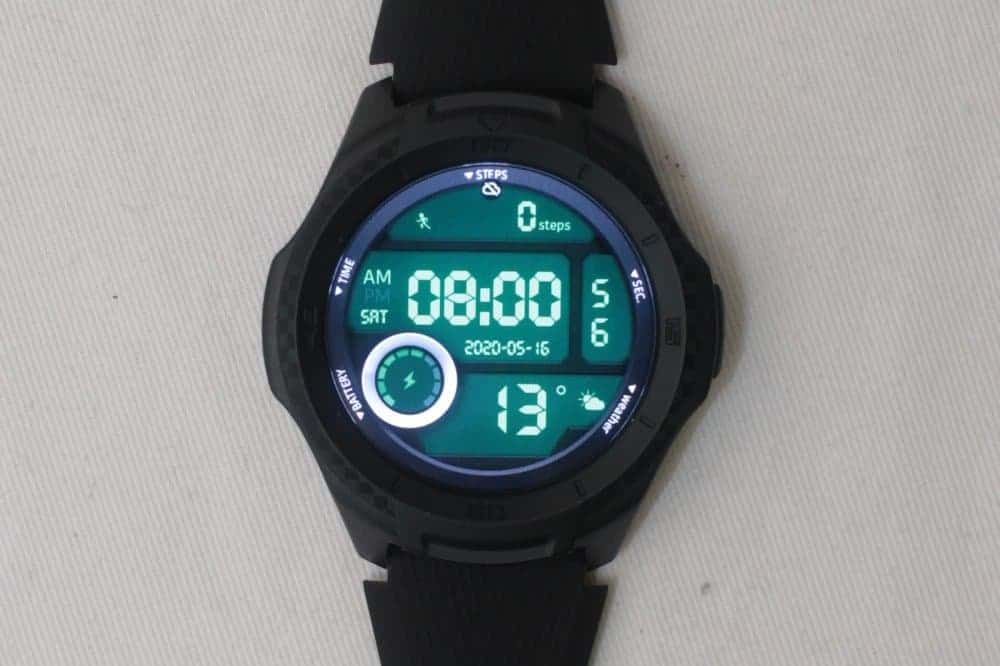 The Ticwatch S2 is a great watch at a great price. It doesn’t have the frills of higher-end watches such as NFC, a speaker, or a metal watch case, but it is a great competitor to the likes of the Ticwatch E2, Fossil Sport Smartwatch, or Fitbit Versa 2.

And when it comes to Ticwatch S2 vs Fitbit Versa 2? It’s much more complicated because the OS is completely different on the Versa 2.

What the Ticwatch S2 promises you is a great entry-level experience that has no blind spots. The battery life lasts a whole day, just like you’d expect from a smartphone. The screen is clear and visible in the midday sun. The functionality is really good because it runs on the Wear OS and has an excellent Google Assistant.

All in all, this is a great watch that everyone should consider when thinking about a basic, entry-level watch that will last for a good while.