Skip to Content
Fedoras have always been stylish. The distinctive shape and the trademark brim give a fedora hat its unique look and lend it to being worn in any situation. Who doesn't look good wearing a fedora?

Fedoras have always been stylish. The distinctive shape and the trademark brim give a fedora hat its unique look and lend it to being worn in any situation. Who doesn’t look good wearing a fedora?

What is a fedora?

This classic American men’s hat has a rounded crown, with a band at the crown and an upturned brim that shades the wearer’s face. Classic fedoras have ribbons around the edge of the brim and are made from felt or straw. They’re perfect for dressing up your favorite suit or casual summer outfits.

The Fedora Hat is a soft-felt hat with a crease in the middle. It has a narrow brim that can be either 1 1/2 to 2 inches wide, and it is tipped with a brim.  It has been an iconic style for men since the early 20th century, and it has been adopted by both men and women for fashion purposes throughout the years.

Today, you will find fedora hats in many colors and styles, although they are best known as black or grey and have a medium-width brim.

Is it in style or fashion today?

It definitely is in style, Fedora hats are a style of hat that has been around for decades, and will probably continue to be in fashion for the foreseeable future. Fedoras are not one particular type of hat, but rather a variety of hats that are created using the same general method. The fedora style is characterized by a short brim, sharp features, and a high crown.

Depending on the type of Fedora that is being worn it can also include a band around its base as well as the brim or a wide brim as part of its design.

How to wear it

The traditional look of a little black dress meets the hipster vibe of a fedora in this simple and chic outfit. Head to the next summer gathering in a maxi dress with your best friend rocking her vintage American Hustle style from head to toe.

Want to make a statement? Then wear a Fedora with shorts. It’s a look that says “I know fashion.”

Exuding style and confidence, this outfit is perfect for a night out or for those warmer days that call for something strapless and airy. Whether you wear it with mirrored sunglasses at the beach or a simple summer T-shirt and sandals at home, the Fedora with shorts will match any tone.

The fedora, a classic staple of the well-dressed man, is a great choice for fall and winter. Pair it with knitted sweaters for a modern look that will keep you warm during the colder months. A Panama hat is a nice dress hat to compliment knitted sweaters.

The Fedora is back! This classic style is a great addition to any summer wardrobe, but it really looks great with a romper. A fedora hat flatters all face shapes and adds some glamour to your look. Heels or flats give your look an updated edge, depending on how dressy you want to be.

Sport this style with embroidered or printed rompers for a cute summer look!  A hat with a cute snap-brim works well too.

A fedora-style hat goes with everything (well, depending on the crown height). Literally. Literally everything. They’re one of the most versatile clothes you can own.

And the best part is, you don’t even have to change your outfit to look cute with a hat on! A fedora can make even a pair of jeans and a tank top look like a million bucks.

Add a soft felt hat (meaning a classic fedora) If you’re looking for a way to dress up your hat, consider a scarf.

If you’re looking for a way to dress up your hat, consider a scarf. A scarf is one of the best ways to make your hat more fashionable and more functional. It can keep you warm during colder months, but it also provides a stylish touch to an otherwise plain outfit.

The Fedora with a leather jacket is a classic combination. Add a grey grosgrain ribbon band, for extra flair. Together, they bring out the best of each other, highlighting your cool personality and bringing out a sophisticated, dashing vibe.

Wear this accessory under a collared shirt or sweater in cold weather, and style it with your favorite casual outfits like chinos or denim jeans when it’s warm outside. No matter how you wear it, the Fedora with a leather jacket is an essential piece to have in your closet.

If you want to wear a fedora, but prefer skirts to pants, you’re not alone. A wide-brimmed hat looks great with a skirt and works well for both casual or business attire. Even if you want to keep your professional image at work, try wearing an A-line skirt with your favorite fedora! It’s a simple way to dress up any basic outfit.

Traditionally, fedoras are produced by pressing a piece of felt over a mold and using some sort of sealant or warmth in order to help the felt maintain its shape. By pressing felt onto wooden blocks, molds were made in the past, and hats were shaped by making wooden blocks with iron. The current technique is to use metal molds and hardware to make sufficient pressure to form the shape of the hat.

The hatmaker is required to attach some kind of decorative element, usually a lace, between the brim and the crown of the hat once the overall shape of the hat is complete. There are two ways to trim or leave the brim of the hat.

It is common for fedoras to be labeled as a “soft hat”, meaning that they are typically made of felt, fur, or animal hides. While the styles and designs of hats vary from one hat to another, the standard design includes creased crowns, a measured brim, a squeeze at the point where the hat reaches its highest point, and some sort of improvement over the brim.

In general, fedora hats for men are going to have styled brims along with edges that are turned down toward the front and up toward the back.

Whenever fashion trends change, the width of the brim, and in general, the size, and the color of the hats will also change accordingly. It is also true that the designs and styles of women’s hats tend to be more elaborate and slimmer.

With Fedoras, you can create numerous variations due to the soft idea of the hat. Stetson playboy hats, which were normal during the 1940s, are one variety of the hat. As you may already know, Stetson playboys hats are an American success story, with a modest departure from the overall form of the fedora developing into a major trend in the United States.

Al Capone had a great deal of interest in the playboy style. In a number of pictures of Capone, Stetson playboy hats can be seen on his head.

In addition to the popular asymmetrical brims, fiery colors, outlandish patterns, and flashy decorations, modern styles of fedoras incorporate unique styles. Currently, it is possible to buy fedora hats made from straw, and other lightweight materials. It is still the neutral-colored fedora with a simple shape and design that is most commonly worn, despite the increase in artistic hats. 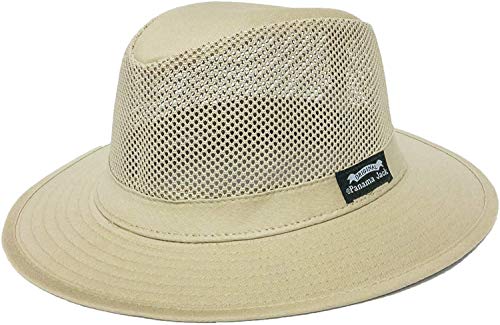 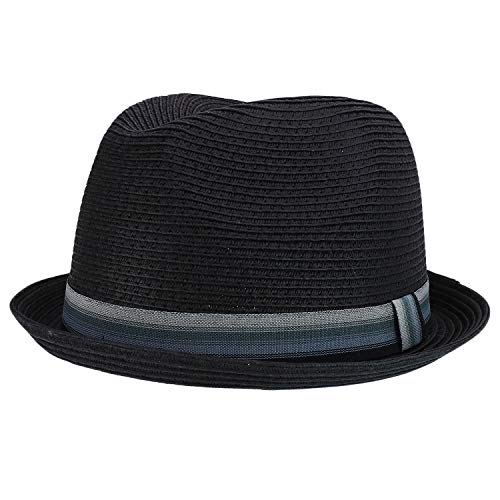 History of the Fedora

Men wore hats almost everywhere they went in the 20th century, especially in public places. Nevertheless, men would remove their hats when visiting their homes or talking to their ladies as a custom and as a common courtesy. It was also viewed as a sign of abundance to possess a hat since fashion was considered a “superficial point of interest.”

Only those with few financial assets would leave home without one.

The introduction of the second line of felt hats produced using nutria, an animal like the beaver, is what made the fedora look like a handsome, sturdy piece of clothing. The price of a Nutria fedora in the main decade of the 20th century went from 98 cents to two dollars and twenty-four cents.

When the Prince of Wales wore the fedora as his supported headwear during the 1920s, fedoras began to gain popularity. In other words, the delicate felt hat was a success in the decade, while the fedora soon made its way onto the list of the most popular hats.

As fedora brims widened in the 1940s, the edges of British hats remained modestly smaller. Fedoras were normally manufactured in a variety of shades such as dark, brown, and dim.

The khaki, blue, and green tones of the collection would develop during the subsequent universal conflict for military purposes. Sears, Roebuck, and Company were possibly the most noticeable organizations to sell fedoras. Bailey, Borsalino, and Stetson are other popular hat manufacturers that actually exist today.

Fedora’s & The Influence on Women

Sarah Bernhardt promoted the fedora for women in the 1880s, long before the fedora became famous for men. As time went on, it became a typical fashion accessory for women, especially among activists who lobbied for gender equality during the end of the nineteenth century. The fedora has been embraced by the women’s rights movement in the long run as a symbolic emblem of their struggle.

Women still wear fedoras, though not to the same degree as they did in the mid-20th century. The shape, surface, and shading of women’s fedoras change over time. In addition to this, these fedoras can be found in a variety of shades, from basic dark to vibrant red, as well as surprisingly in animal prints.

In an article about 2007 fashion trends, an article describing men’s felt hats and women’s fedoras was cited as making a big comeback. As a result of this “fedora renaissance,” baseball caps, which have been the standard for headwear until recently, are now experiencing a decrease in ubiquity.

What can you expect to spend on a Fedora hat?

Where to buy a Fedora hat?

There are many places to buy Fedoras, whether online or offline. One option of course is Amazon or Walmart. Then there are other options like Valentino.com or Levinehat.com.