Skip to Content
Get to know more about the fez hat as we give you its storied history, symbolic uses and meanings, controversial production, and how this intriguing hat is used today. 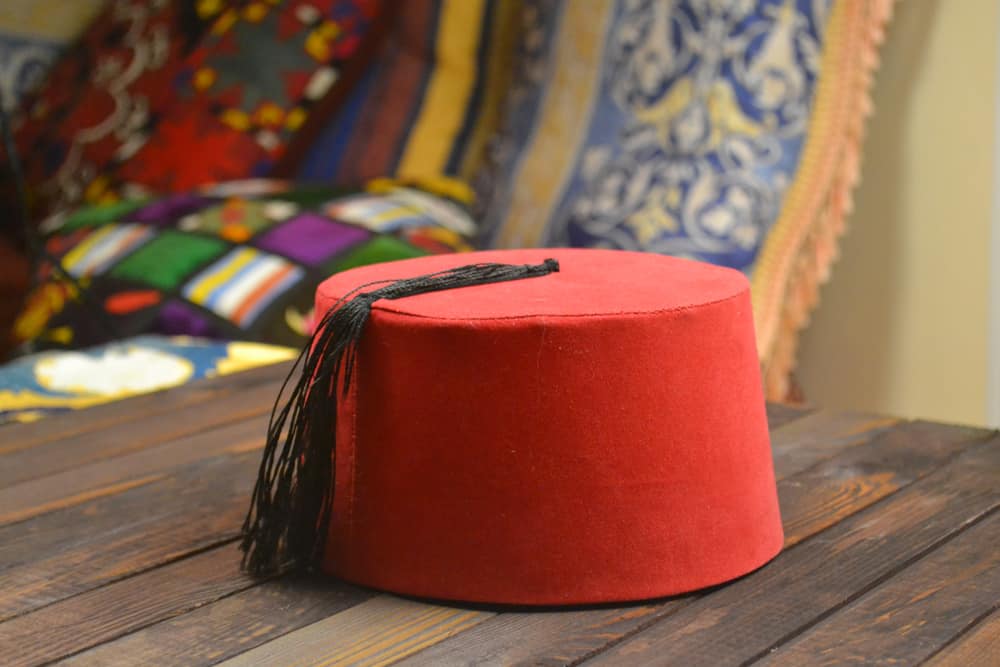 If you’re a fan of Doctor Who, the idea of a fez may conjure up the image of Matt Smith’s fez being stolen from him and obliterated. If you have no idea what I just said, you may picture an Ottoman empire horse rider with the black tassel of his maroon fez hat swinging wildly in the wind.

The fez hat has had a long and storied history, dating back before the Ottoman Empire. The hat was a symbol of Ottoman unity for a long time before its decline in popularity and eventual banning in Egypt and the ban on penalty of death in Turkey. It has since found popularity in fraternal order.

Although you may think of the fez merely as a silly accessory, its use as a symbol makes it probably the most controversial hat in existence with a dark and checkered past. Read on if you want to find out more.

Etymology of the Fez 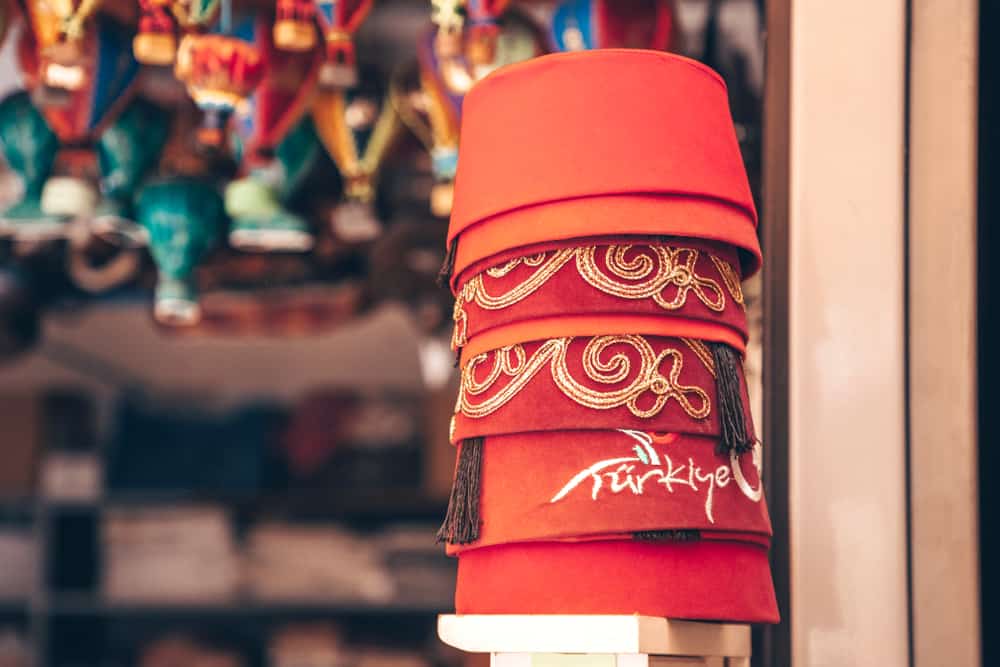 The Moroccan city of Fez is the namesake of the fez hat. In this city, crimson berries were used to create the dye for the hats. The hats do, however, come in different colors.

Tarboosh is another name for the hat in Arab countries that belonged to the Ottoman Empire. The word “tarboosh” means headcover and comes from ancient Persian.

The History of the Fez

The source of the hat is uncertain, and experts theorize that it may have been created in Morocco, ancient Greece, or the Balkans.

The fez had been inextricably linked with Islam for centuries. There is an advantage for Muslims to wear a fez over any other head covering as it makes it easier to bend down in prayer. 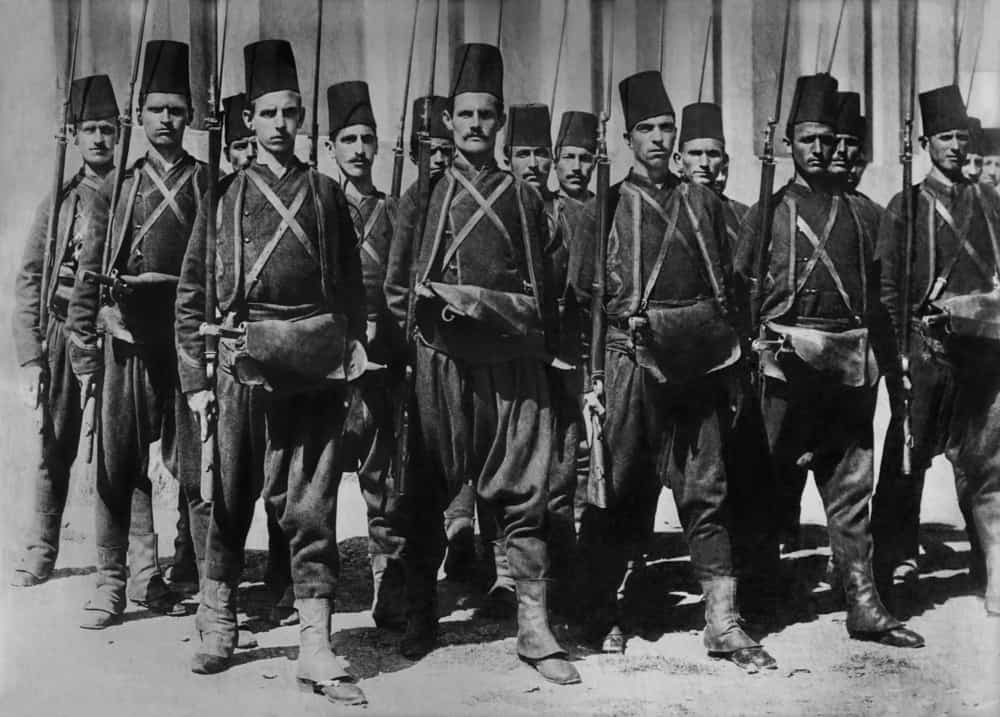 The use of the fez in the military started with a navy commander who made the hat an official part of the marines’ uniforms. This was because the fez allowed the marines to be more agile than the heavy turban.

The Ottoman Sultan Mahmud II applied this policy to the entirety of the military and symbolized the modernization of the Ottoman military.

In 1829, the Sultan also dictated that non-military officials should wear a plain fez and banned the wearing of turbans. This was done to root out all symbols of the uprisings in years before, where the revolting janissaries wore turbans and removed symbols of class status.

The fez was then a required head covering for all men and was intended to create unity in being part of the Ottoman empire.

Upkeep of the Fez

The fez would have to be frequently brushed to keep it in good shape, especially the tassels.

Impoverished people would often need to cut off discolored edges, meaning their fez would become shorter and shorter.

Adoption of the Fez by Non-Muslims 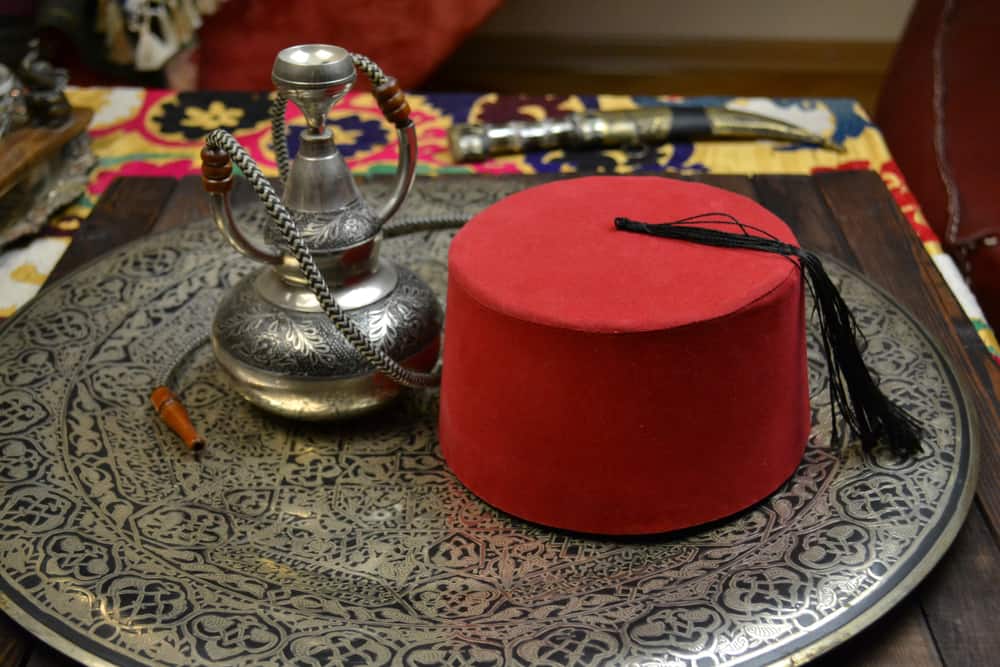 Some reforms in this time included the emancipation of non-Muslim subjects of the Empire.

Although the fez was tied to Islam, non-Muslims embraced it along with the new Empire they were now truly part of.

Even David Ben-Gurion, the founder and first Prime Minister of the State of Israel, had been pictured wearing one in 1914.

Production of the Fez

By the beginning of the 20th century, around a third of all fez production occurred in Austria.

Austria then annexed Bosnia and Herzegovina in 1908. This led to an Ottoman boycott of Austrian products.

The Ottomans could not counteract the losses in the Austrian production; as a result, the fez became far less popular. However, France benefitted from the Austrian boycott as they produced the white fez that became popular in some regions.

There was a decline in production in Turkey, but the fez continued its popularity in The Balkans despite this.

Decline of the Ottoman Empire and the Banning of the Fez 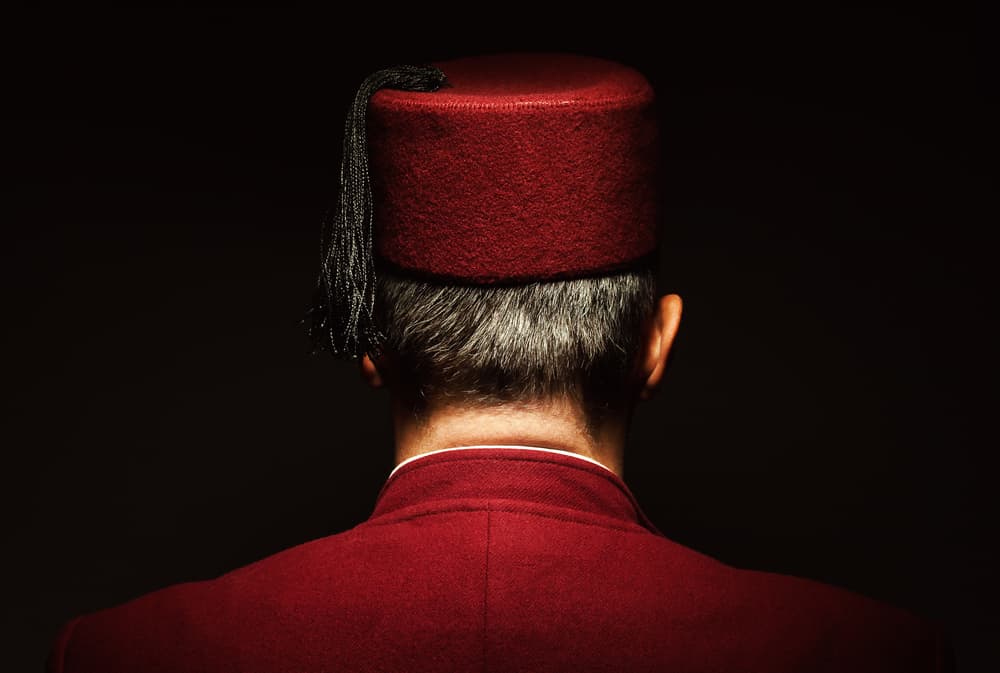 The First World War saw the end of the Ottoman Empire, at which time the Empire was partitioned.

The Republic of Turkey was established, with Mustafa Atatürk as its first president. In 1925, Atatürk banned wearing the fez with the death penalty as a consequence of breaking this rule.

The fez continued to be popular in other regions of the former Empire, but the hat has become a symbol of Ottoman imperialism and foreign oppression.

An example of this is that the hat was popular in Egypt until the British rule was toppled in the 1952 Egyptian Revolution. President Gamal Abdel Nasser then banned the fez in 1958 as a symbol of the former ruling elite.

In Morocco, the hat became a symbol of nationalist resistance to European dominance and French rule.

Today, the King of Morocco, Mohamed VI, still uses the fez for court business. While, in southeast Asia, the fez bears mixed meanings.

Some view it as a symbol of oppression from the Ottomans, while others see it as Muslim opposition to European rule.

Military Use Outside the Ottoman Empire 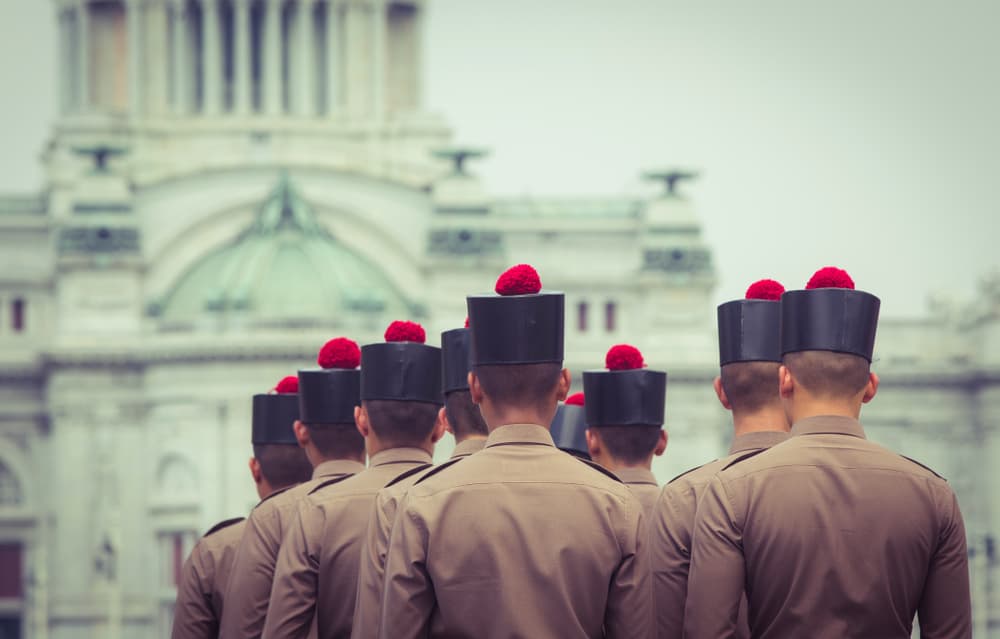 Besides being part of the Ottoman Empire’s military uniform, the fez was also worn by locally-raised native armies like The King’s African Rifles even so late as the 1940s.

The Evzones, a light infantry unit of the Greek Army, wore the fez as part of their uniform. They are today members of the Greek Presidential Guard.

The fez also formed part of the Zouaves’ uniform, 19th-century light infantry from North Africa and adopted in other countries, including America. While American Zouaves typically wore a kepi, the fez was still worn when off duty.

Vincent Van Gogh even painted a Zouave in a fez!

The 13th Mountain Division of the SS also wore the fez, and they were comprised of Bosnian Muslims recruited to fight in the Second World War.

Use of the Fez Today 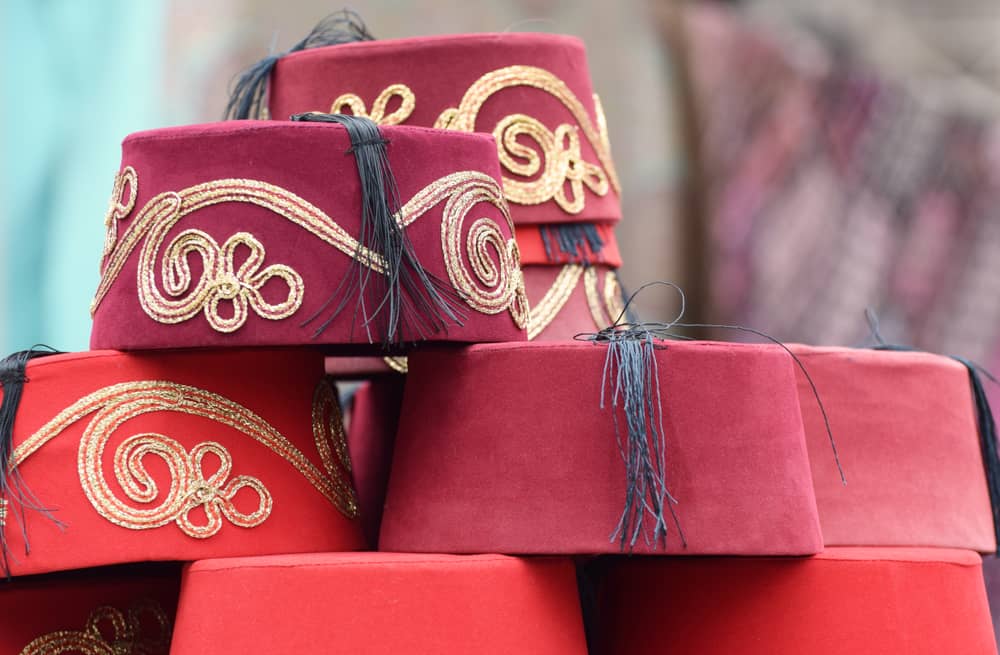 The fez these days remains in use in several fraternity orders. The most famous use of the fez to that end is that by the Shriners International.

Because of its use in fraternal orders, the fez symbolized them in the 1933 Laurel and Hardy film “Sons of the Desert.”

The fez has been at both ends of the narrative; it’s been a unifier and a divider. It’s been worn by SS members and the founder of Israel. It has been banned and disregarded, yet it still prevails. It has endured centuries and will most likely survive many more.

Hats & Caps at Village Hats: History of the Fez

Daily Sabah:Fez: A time-honored Ottoman hat from the Mediterranean

BBC: Reinventing the tarboosh: a fez for the 21st Century

The History Guy: History Deserves to Be Remembered: The Fez: History of the Tarboosh