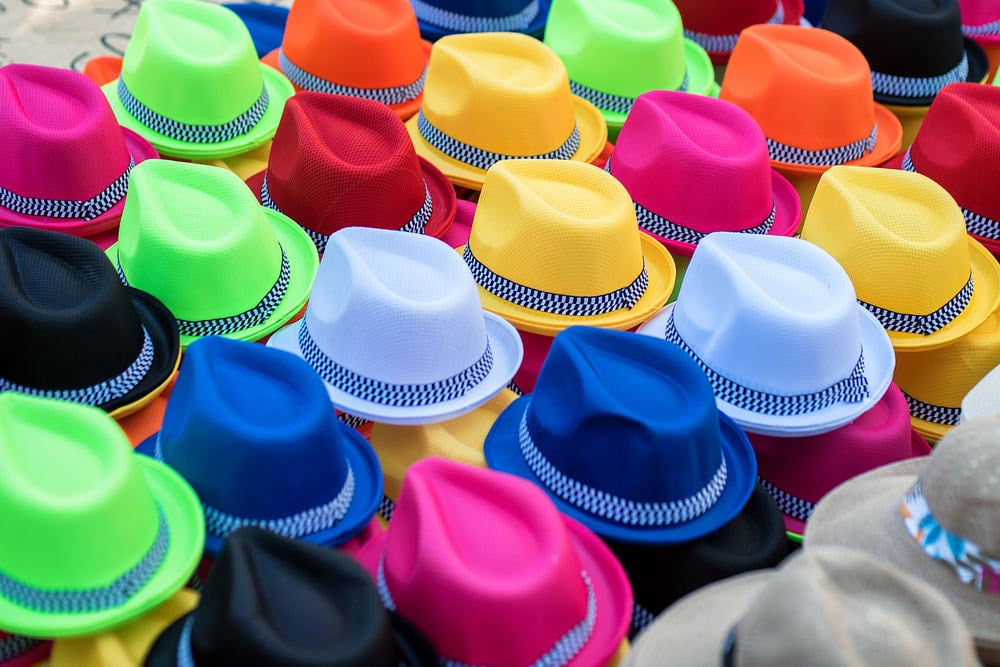 Hats and headwear date to the earliest days of humans. They’ve been worn by royals, celebrities, farmers in the fields and players on different fields. But why do people wear hats and where do they come from? Why were hats invented? 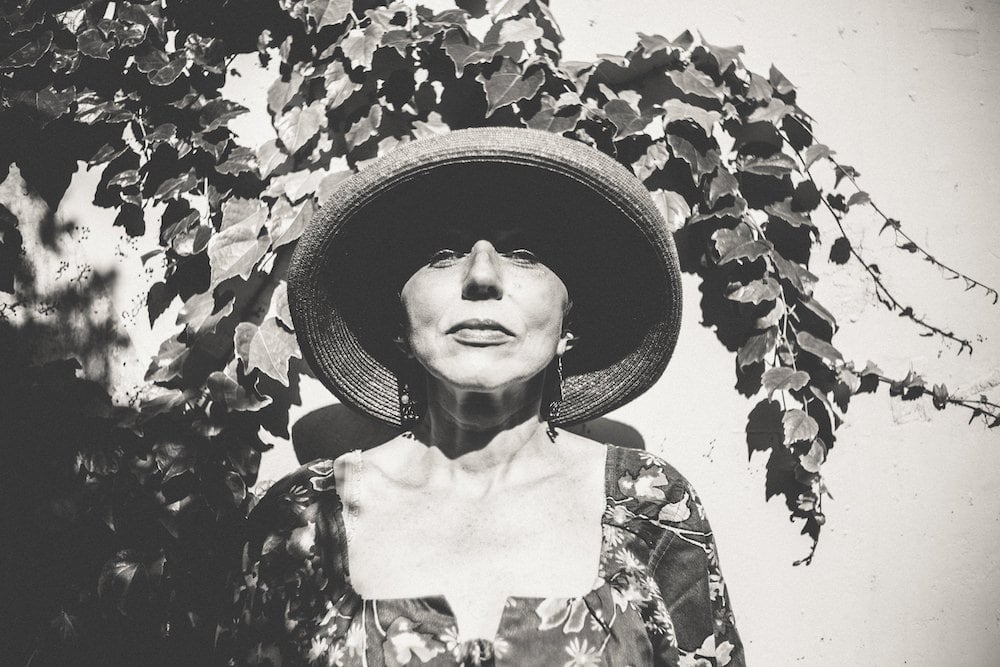 One of the oldest depictions of a hat dates to ancient Thebes, a Greek city-state. The picture was found in a tomb and shows a person wearing a straw hat. Ancient Greeks were known for the Phrygian cap, which was given to slaves who had become free. The first known hat to have a brim, the petasos, also dates to ancient Greece.

One of the oldest hats ever recovered that remains relatively intact is on display at the National Museum in Copenhagen, Denmark. It’s a leather cap made in eight sections and it is more than 2,000 years old.

Even older than all this is a painting found in a cave in France. This painting seems to show a person wearing an elaborate headdress with antlers. The painting is around 16,000 years old.

Hoods were popular during the Iron Age for men, a style that became a long, hooded cape with a neckpiece. Skullcaps were also popular at this time. Laborers and farmers commonly wore straw and felt hats with wide brims to block the sun and rain. 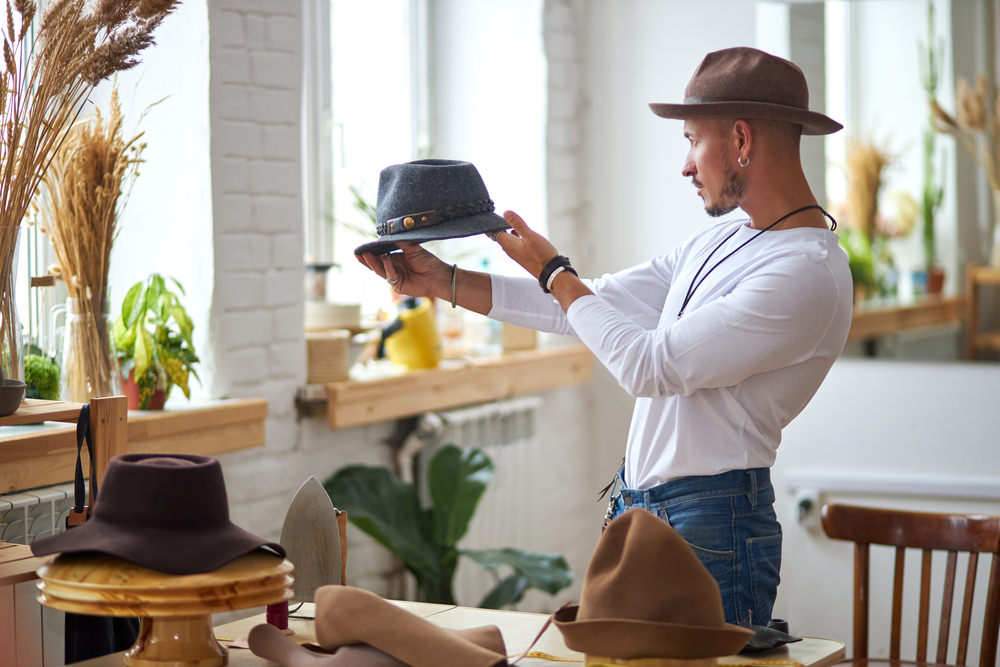 Shapelier, more structured hats appeared in the 1200s. These brimmed hat styles had a somewhat peaked design. Style later evolved in the 1500s to include wide, flat hats that were worn at an angle. This gave way to enormous hats with huge brims and ornaments like jewel-studded ostrich feathers. This look has been seen in fiction on the Three Musketeers and other heroes of the 18th century. Big, stylized hats when paired with breeches and tunics became an oft-seen look for decades. The waistcoat wouldn’t become popular until later.

Later, hat styles like the bicorn and tricorne hat became popular. They’re famous for being worn by Revolutionary figures like George Washington. And though the history of headwear and hats is long, they didn’t really reach their peak until the more modern era.

John Stetson, a man from Philadelphia, saw the need for a practical, good-looking hat that could be worn outdoors to protect against sunlight and weather. He created the “boss of the plains” hat, the first cowboy hat style, in 1865. Today, his name is best-known for the Stetson hat that is named after him.

Men’s hats went from being an accessory to being a necessity in the 1900s. Different types of headwear like the fedora hat, boater hat, derby hat (or bowler hat), Panama hat and top hat styles were everywhere. The top hat, a tall hats style, first seen on the streets of London in the 1790s, was perhaps the most scandalous hat in all of fashion history. When the London haberdasher who invented it, John Heatherington, first wore it out in public he caused such a stir that he ended up being arrested for interrupting the peace.

The fedora, one of the most recognizable felt hat styles, was named for a play of the same name written by Victorien Sardou. The French playwright was very well known and in the play, a woman wore a hat in the fedora style that has continued to be popular to this day. According to legend, the bowler hat is actually named after William Bowler. He was a hatter in the Victorian Era.

Baseball cap styles, also known as ball caps, rose to popularity in the early 1900s as well, eventually spawning offshoots like trucker hats and the snapback cap. The baseball hat is somewhat similar to the flat cap.

The popularity of the automobile may be what caused hats to decline in the men’s fashion scene. The headwear abruptly fell out of style after many centuries, possibly because driving made hat-wearing impractical.

In eastern cultures, hats are still worn daily for various cultural and religious purposes. One example is the fez, which is still widely worn. One of the most-seen hat styles around the world is the beret. This has been used in military uniforms for centuries and has become one of the most worn styles on the planet.

Women wore head coverings throughout prehistory and ancient history, through the Bronze Age and the Iron Age. However, they mostly wore veils, kerchiefs, small caps and hoods. It wasn’t until the 1500s that women’s hats began to take on more definite forms and structured designs. The word “milliner,” someone who makes hats, first appeared in 1529. Hat makers used everything and got creative to design fashionable hats, perhaps even at times calling upon St. Clement, the patron saint of tanners. The millinery is still a big part of French fashion. 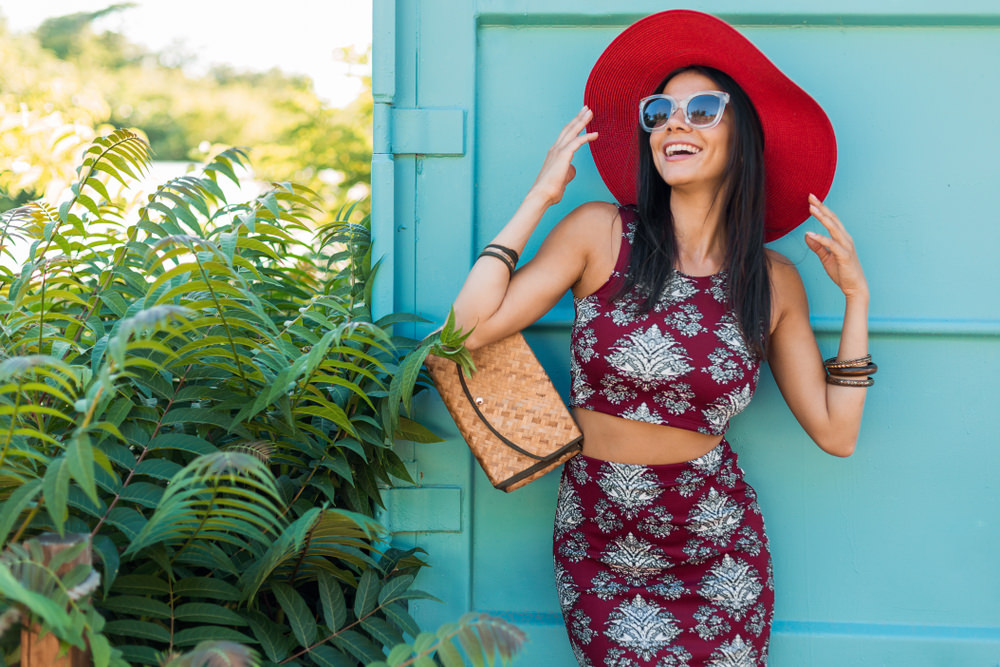 Hats became highly embellished this time. They were often made in straw designs bedecked with ribbons, velvet, flowers, feathers and gauze. Bonnet looks became highly fashionable in the 19th century. But in the 1900s, hat fashion really took off and fashion exploded with an abundance of different styles. Close-fitting hats and turban styles like the bucket hat and cloche hat dominated the 1930s, while hats got bigger and bigger brims in the 1950s.

Why Do We Need Hats?

In those great old black and white movies, stars like Humphrey Bogart make wearing a hat look straight-up sexy. Hats have definitely enhanced style and they’ve made a mark in fashion through the years. During royal weddings, all anyone talks about is the hat that everyone else is wearing. The Kentucky Derby is much more about wearing a hat than actually watching the horses race. So hats have their place in style history. 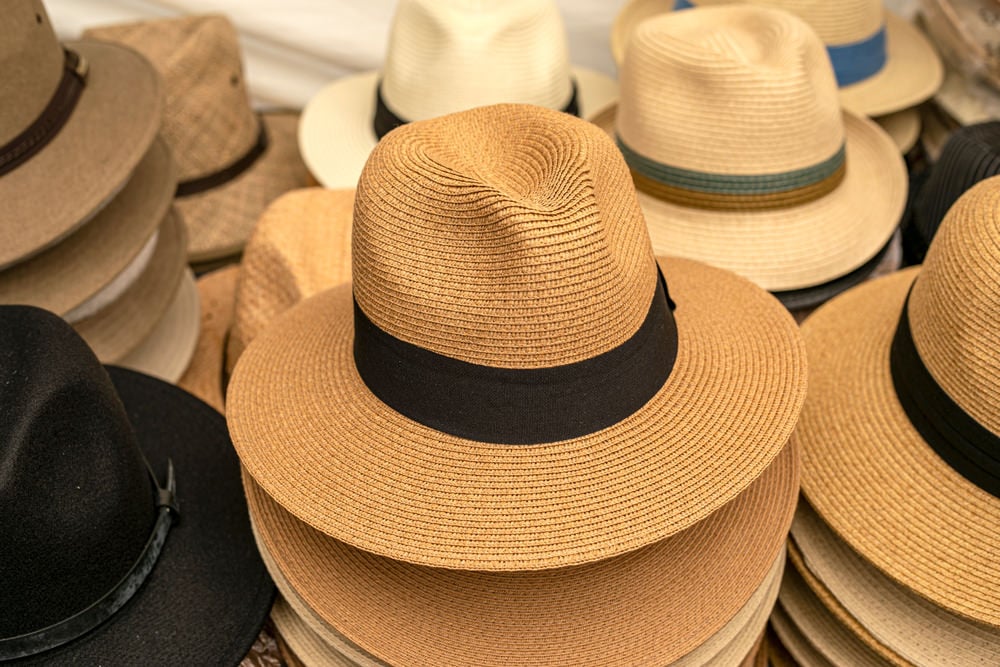 But hats do a lot more than make you look ridiculous at the racetrack. They’ve also been used to show off certain statuses or even to indicate that the wearer has a specific type of job. What is a crown if not a type of hat that is also a strong status symbol? Religious figures, such as cardinals, wear specific types of hats. Some people who practice a certain religion wear a specific hat to show their devotion. Hats have been used throughout history to convey many different meanings. In some cultures, head coverings could be used to indicate whether a woman was married or available, whether she belonged to a religious order and even what her status was in life.

So, hats have been used to send strong messages about the wearer, whether they’re used to convey style or rank or position. But those ancient hats that were first made from animal leather and straw and whatever materials were handy, they had a much more practical purpose. Hats were first invented not to say something or show off fashion sense but to protect the wearer. A hat can help hold in body heat that would otherwise escape from the top of the head, keeping the wearer warmer overall. It protects the head and face from sun, rain and snow. Hats were first invented for practical reasons.

One notable example of hats being used for safety and head protection is the hard hat. The first hard hat was called the hard-boiled hat. It was invented by Edward W. Bullard in 1919. He has served in the U.S. Army calvary and got involved with industry when WWI ended. He was ultimately inducted into the National Inventors Hall of Fame for his contribution to worker safety.

Why are hats called hats?

Are hats bad for hair?

For the most part, hats aren’t bad for your hair and won’t cause baldness. However, there are exceptions. If you frequently wear a hat that is tight or puts pressure on your scalp anywhere, it is possible you can cause scarring that leads to hair loss, according to WebMD.

Most hats cannot and should not be put in the washing machine. Also, you shouldn’t put hats in the dishwasher. You may have heard that this is an effective way to clean hats. It’s not. The best and only way to clean hats is by hand. Use warm water and mild detergent to clean baseball caps and knit caps by hand. Other hats may need the services of a dry cleaner. [Source: Whirlpool]

Can wearing hats cause headaches?

Can you get a headache just from wearing a hat? Actually, yes. IF something is tight across your scalp or forehead, you can get a compression headache. [Source: Healthline]

Cowboys and cowgirls today do wear cowboy hats. People who work around horses and on ranches do favor cowboy hats because they have a wide brim and they’re often made with a waterproof finish. All of this protects the wearer from weather. Cowboy hats can also be pulled low over the forehead to help block trail dust from the eyes.
However, most true frontiersmen, cowboys and cattle rustlers of the wild west didn’t really wear cowboy hats. Stetson didn’t invent the design until the 1860s and it wasn’t widely popular for a few decades after it was first introduced. [Source: Ripleys]

Should a hat cover your ears?

Where should your hat actually sit on your head and should it be over your ears? The way the hat fits depends entirely on the type of hat you’re wearing. Baseball caps usually sit above the ears, while most knit caps are pulled down over them. James Bond wouldn’t wear his fedora over his ears but many women might tilt a straw hat with a wide brim over one ear to get a fashionable look. When it comes to whether or not your hat should be over your ears…well, play it by ear. See how it looks and feels to you with each hat you wear.

Does your hat need to match your shoes?

Fashion has no real rules and the ones that do exist are made to be broken. So your hat doesn’t really have to match and it may even make more of a statement when it doesn’t. However, a good practice to follow to look put together is to match your hat to at least one other item you are wearing. This can be your shoes, your handbag, your belt, anything. [Source: LoveToKnow]

What’s with witch hats and the history behind them?

The most iconic symbol of witchiness is perhaps the pointed hat. No witch costume could truly be complete without this topper. So why do witches wear pointy hats and what’s the deal with that, anyway?

As best historians can tell, witches and pointy hats started being paired together in artwork at early as the 1700s. This was the look they began to take on in children’s stories and it basically went viral. Soon, all witches were shown wearing pointy hats in art and stories. The look was popular in the American colonies. And ever since then, witches have been known for their tall, pointy caps. [Source: Slate]