Skip to Content
Learn more about the Sou’wester hat, what it looks like, the materials it is made of, and how it is worn today. While it is not as fashionable as other hats, it is made for a purpose. 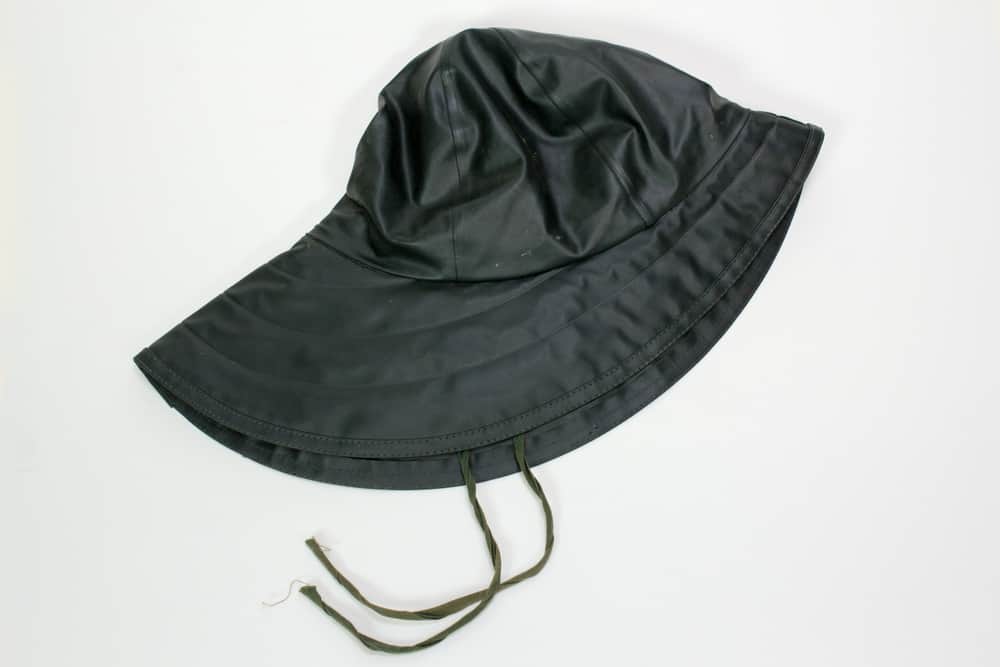 The Sou’wester hat was not made for fashionable reasons like most hats, but instead, it was made entirely for protection against weather conditions for fishermen out at sea. This hat was widely used by fishermen in the 19th century to help keep them warm and dry. Most of us know Paddington Bear from the kid’s storybooks; he wore a red or yellow Sou’wester hat.

The Sou’wester hat was worn by fishermen at sea; this hat is made from soft oiled canvas and inner flannel fabric. This is a waterproof outer fabric with a warm inner. The hat has an elongated back brim to ensure water runs off without wetting the wearer’s neck and inner clothing.

What is a Sou’wester Hat? 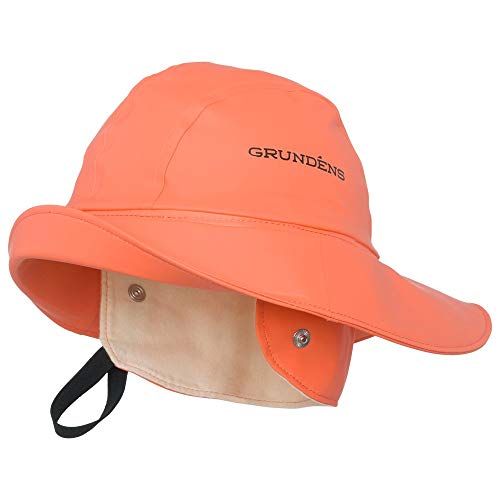 These fishermen had to handle harsh weather conditions; many of them got splashed by the waves at sea or got caught in the rainstorms while working. Due to these wet conditions, their clothing had to be made in a way to keep them dry and warm; in the 19th century, many fishermen wore oiled clothing, which was used as waterproof gear in those days.

The Sou’wester hat was part of this waterproof gear; it was made to protect one’s head from getting wet and cold. This hat was made in the United States in the early 1880s and was widely used during the late 19th century. In 1883 this hat made its way to London, where it was advertised in the International Fisheries Exhibition catalog.

Here they claimed that their fishermen have never been as comfortably clothed as they are now with the Sou’wester hat. During this time, these hats were sold at a price of $6.50 per dozen. This hat was introduced into London by its manufacturer A.J. Tower in Boston; it was part of the latest gear worn by American fishermen at the exhibition. 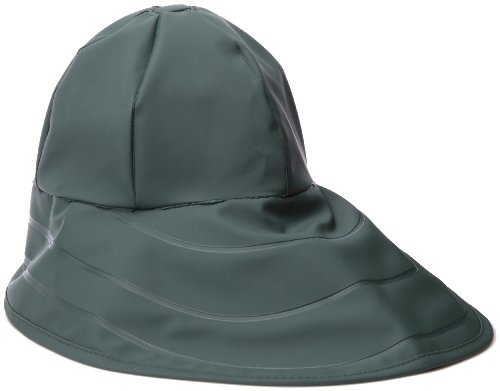 The Sou’wester hat was designed in a way so that any seawater or rain that it comes into contact with will run straight off without wetting the wearer’s skin on their face or neck. This hat has an elongated brim at the back of the hat to encourage any water to run down the back of the hat.

The back brim was made long enough to cover the wearer’s collar of their clothing to prevent their neck and inner clothing from getting wet. This hat was also made with ear flaps to keep the ears warm from the harsh weather. The Sou’wester hat also had a strap that sat under the wearer’s chin; this stopped the hat from flying off the wearers from strong winds.

The brim on the front of the hat was a lot shorter than the back; it was made long enough to protect the eyes and face from any seawater or rainfall. It was made the right length to length to ensure they were able to see what they were doing and to prevent the brim of the hat from covering the fishermen’s eyes during strong headwinds.

What is the Sou’wester Hat Made of?

The Sou’wester hat was used as waterproof headgear to keep warm; this hat is made from soft oiled canvas and is lined with flannel. The outer material serves as a waterproof protective layer, and the flannel is a comfortable, warm inner material.

Flannel is made from soft woven fabric made from cotton wool or synthetic fibers, mainly used today to make t-shirts, bedding, sleepwear, or blankets. This hat’s material makes it easy to collapse and fold away when it is not needed; this takes up very little storage, which is helpful on a ship out as sea.

Was this Hat Worn Fashionably? 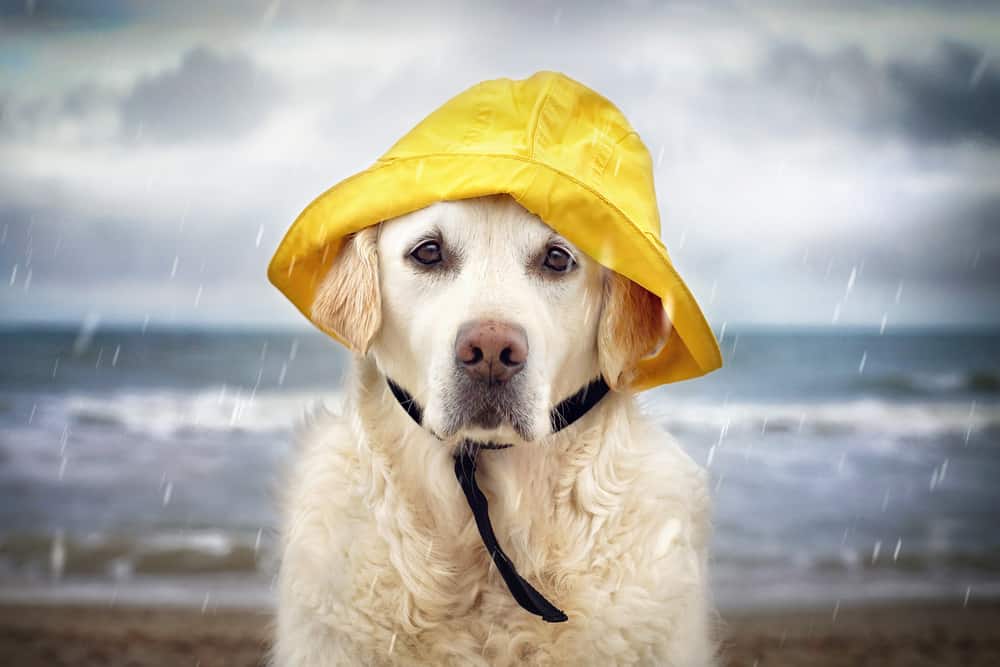 The Sou’wester hat was designed solely for functional reasons for fishermen, although this did not stop the fashion world, making it popular for every person to wear. This hat was worn by some women, men, and children during rainy seasons with their rain jackets to stop them from getting wet.

In the British market, this hat became popular among children; it was even introduced as part of children’s school uniforms. The fashion world used similar colors and designs to the ones worn by fishermen at sea. 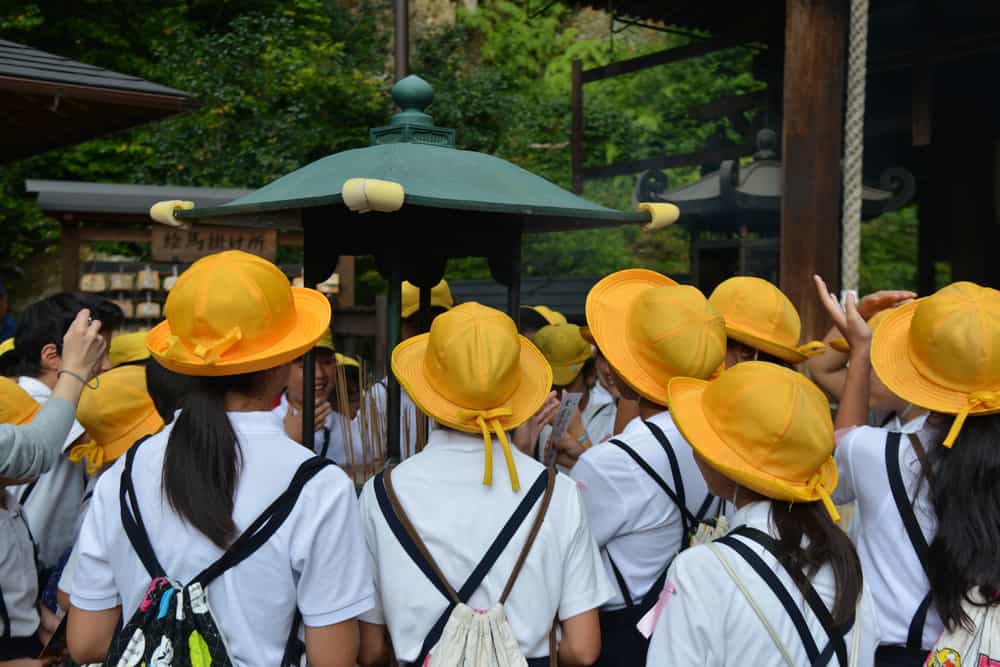 In the past few years, the Sou’wester rain hat has made its way back into the fashion world, but it is not as popular as it was during the fifties and sixties. Today it is mainly worn by school children with their rain jackets and wellington boots. The purpose of this is primarily to give them extra protection and keep them dry when playing outside when it is raining.

You are able to purchase this hat on online stores such as Amazon for both children and adults. If you want to buy this hat, it would be best to purchase it from the same company you got your rain jacket from; this will help make sure the color and material match. If you have many raincoats with different colors, then going for a hat of a neutral color, such as black, will make it easy to match your outfits.