Skip to Content
Reminisce the old times with the vagabond hat that brings tons of flashbacks and memories of the 1940s. Explore its rich history and learn why it is called vagabond. 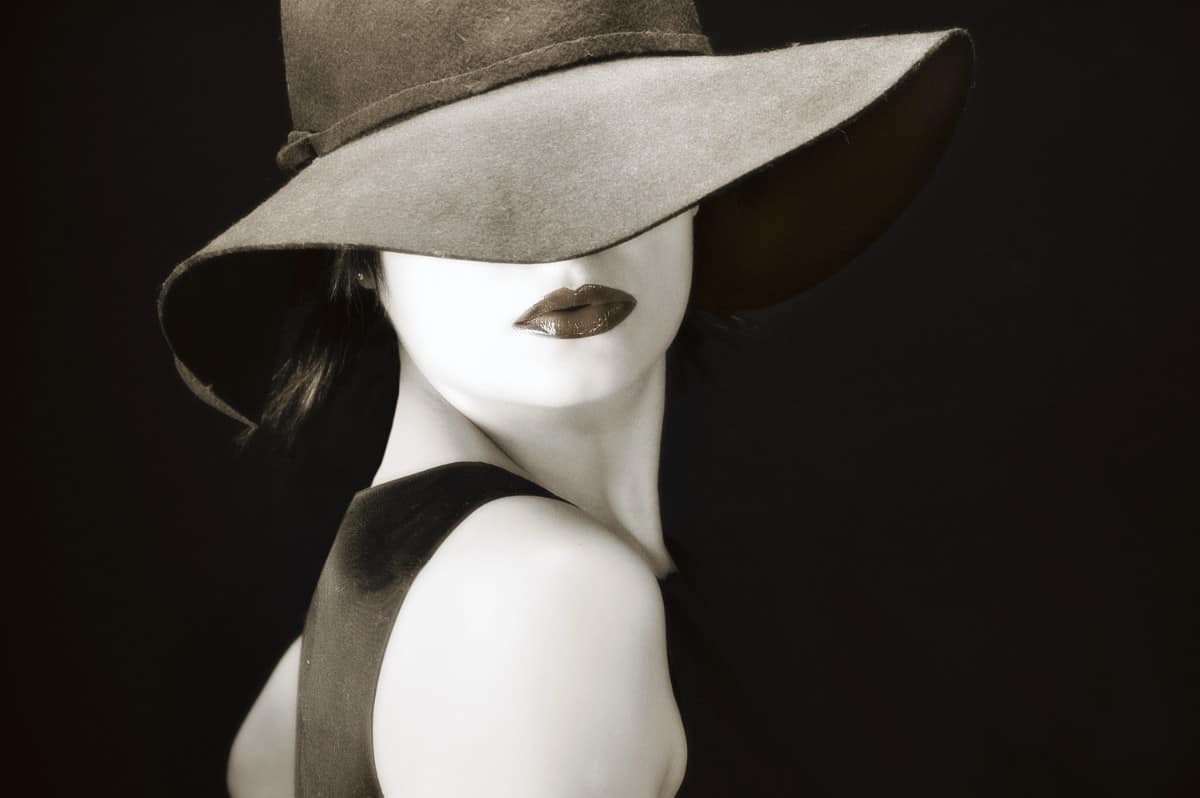 A famous black and white picture of Ava Gardner peers into the camera, her high arched eyebrow frames piercing, steel eyes complemented by the tilt of a Vagabond hat. There is an alluring mystique in her expression. Secrets possessed and hidden by the shadow cast by the slant of the broad brim of the hat.

A vagabond hat is a broad-brimmed hat that one wears at an angle. It has a medium-high crown with a crease in the center and varying brim widths; usually, there is a decorative band. It was fashionable in the 1940 -1950s. It is also known as an artistic hat.

The appeal of hat design and any fashion accessory is its ability to convey a meaningful message about the wearer. A hat’s primary function is to protect one from the sun’s harsh ultraviolet rays; it also provides added height to the wearer. A vagabond hat displaces both modes of function and creates space for a revised dialogue in design.

Why is it Called a Vagabond Hat? 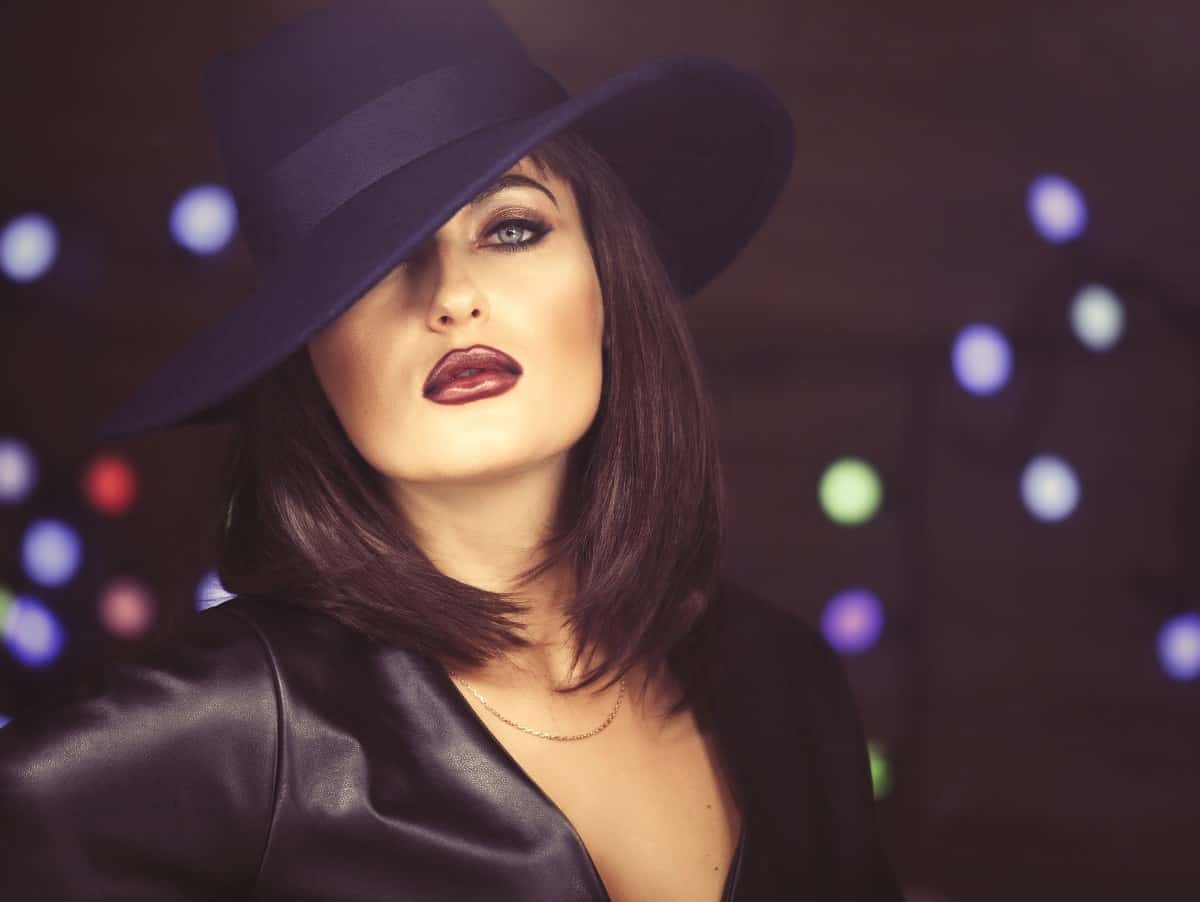 Full disclosure, in my research, I could not find one indication of where the name arrived. There are a few definitions that conflict with the overall premise of this article. Some defined it as a Casual hat, a Breton hat, and many referred to it as a larger version of the Bucket hat, especially in men’s wear. A few confuse it with a Fedora (the Indiana Jones hat).

For these reasons, I will summarize the few articles I could find, focusing on what drove that time’s style and fashion choices. Then conjecture as best I can as to why it’s called a Vagabond hat. The sum of arguments that I base my guesswork on will be the starlets of the silver screen and the roles they played out when wearing these hats in film noir.

How these roles speak to an audience and the message conveyed about the time, the politics, and culture. There is an excess of study, examinations, arguments, and critics regarding film noir and the themes carried by directors and cast members. However, the style remains captivating as it’s hard to ignore that there is that ubiquitous mystery in every photo of each starlet embodied by film noir. The sheer volume of hidden narratives captured frame by frame has claimed icon status.

The word vagabond itself describes a vagrant, a wanderer who does not belong to conventional society. Vagabonds don’t define who they are by their capacity to live up to an established or rooted community. Their heritage lies in all that a nomadic lifestyle can offer. Travel invites creativity as it requires that one constantly learns and reacquaint who they are amongst different people, cultures, and conventions. Maybe, for this reason, it’s called an artistic hat.

The asymmetrical design of the vagabond hat is the hallmark of elegance. Indeed, even if a man wears his hat at a tilt, it suggests more to his personality; it immediately develops his character and relays that the wearer is positioning a point of view distinct from others.

The 1940s, the Modern Style, Film Noir, and the Vagabond Hat 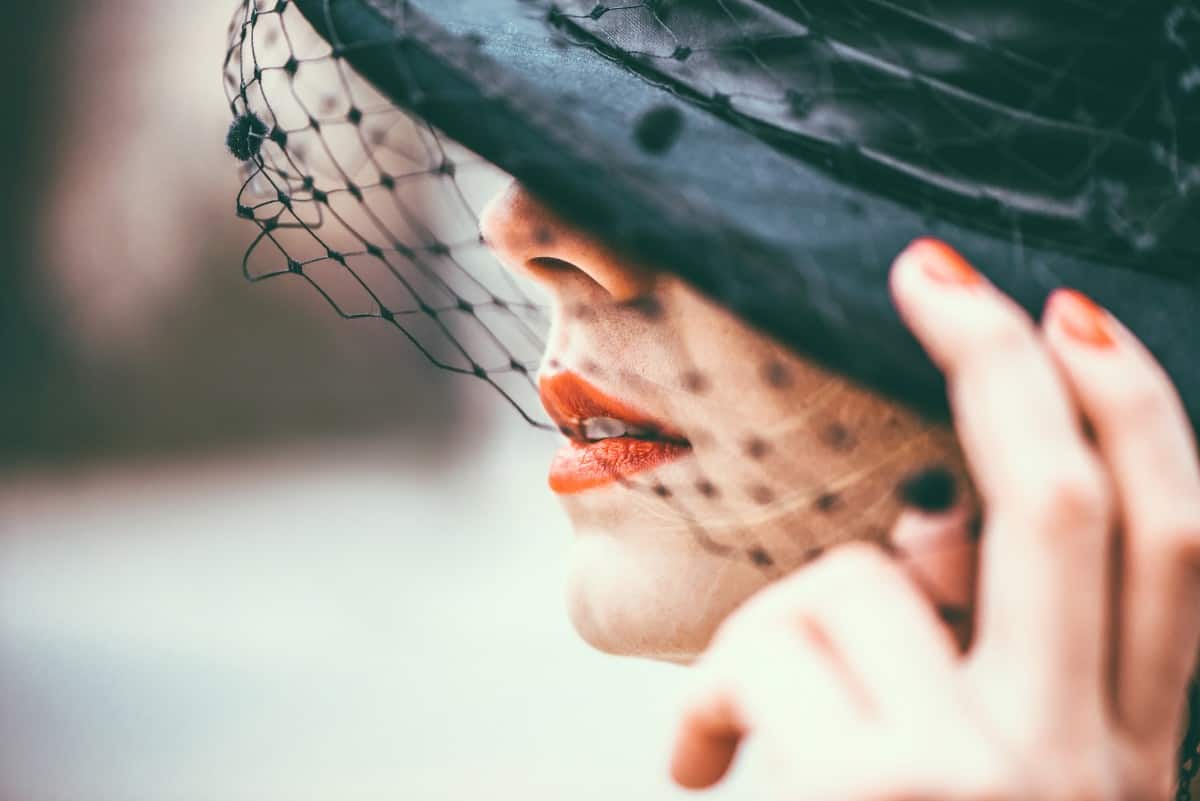 The undercurrent of American society in the 1940s was expressed through film noir’s intrigue and represented in moods and styles of modern. Modernity to a few schools of thought is dated just after World War 2. At the time, the war demolished people’s conception of borders and the nation-state. Everyone was embracing the new world. The cold war, with all its endless espionage, was imminent.

The nascent surveillant state set the backdrop for a constant hidden menace. Heavy production of industrialized goods covered the urban landscape in bleak shades of grey; this juxtaposed the advancing quality of rapid efficiency driven by consumerism. Life during the 1940s was a constant reconciling of stark realities.

Film noir to this day is the heritage of the 1940s and 50s; it explored the shadowy aspects of American society—the style integrated with the narrative of the burgeoning industrial cities. The themes of film and media consisted of feminism, psychoanalysis, genre critic, and poststructuralism. Currently, people study film noir and its capacity to move across international borders and be realized amongst a much wider audience.

Looking at the urban landscape as did Edward Dimenberg did in his analysis of film noir. The sharp urban features cut across the scenes, visually salient due to the black and white; this contrasts with the double-edged glamourous, sensual femme fatale. Survival and relationships simultaneously arrive at a nostalgic visual iconography.

Films that Made the Vagabond Hat Style Famous 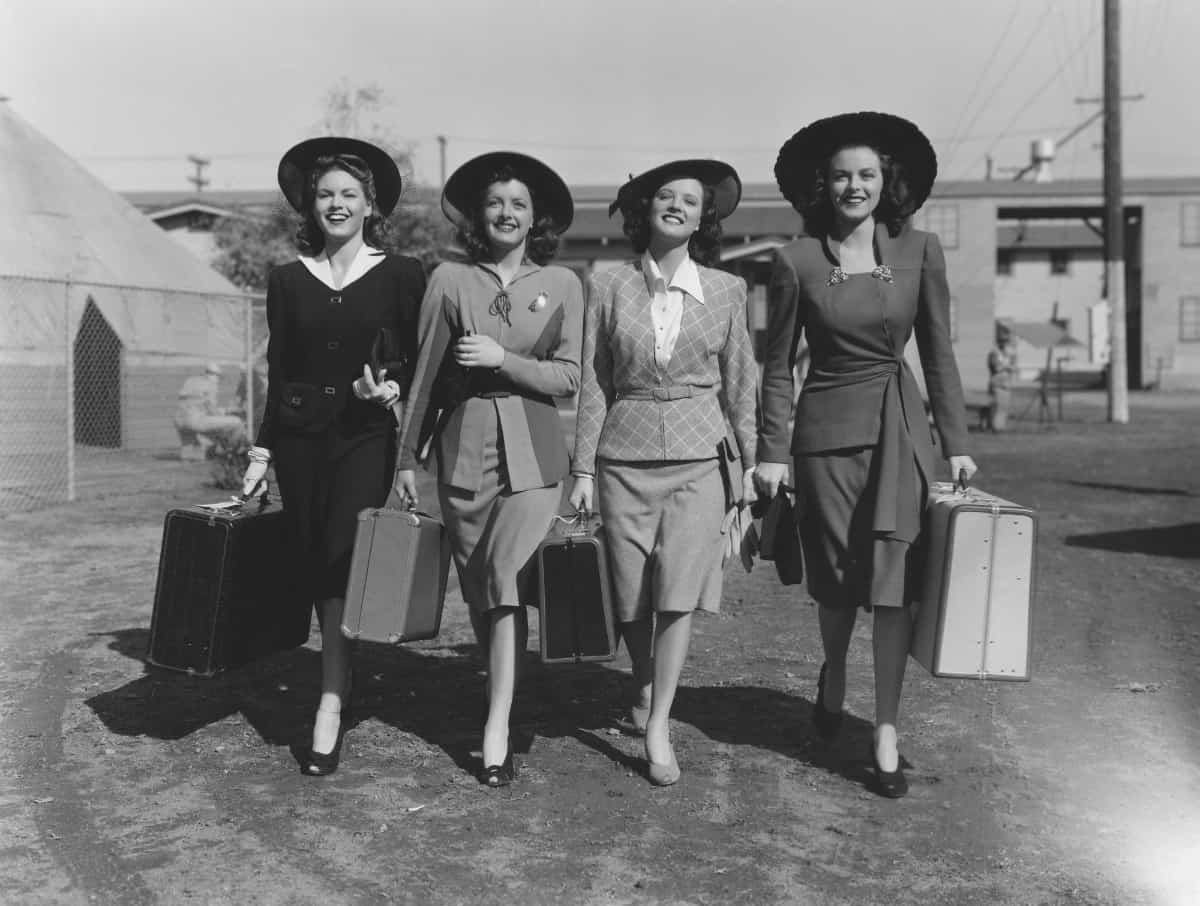 Many actresses and directors employed the offset style to heighten the intrigue of their films. A Roman Polanski film called Chinatown starring Faye Dunaway is an excellent example. In an interview, Polanski states that he deliberately chose the aesthetic to emphasize the quiet corruption that governed the official proceedings of Chinatown.

In Jack Nicholson’s and Faye Dunaway’s first encounter, she comes to his office wearing a Fedora tilted to the side. The choice of style immediately suggests that she is concealing fast-kept secrets. Dunaway chose for her character a Fedora as it is a more conservative option; however, that distinct tilt still partially shadows her face. It is quintessentially the Vagabond style hat.

Hedy Lamarr in the Heavenly Body, a 1944 romantic comedy, has a scene with her hatted. There is one stark, clear exposed eye next to a shadowed steel gaze that penetrates the screen. The shadow cuts a diagonal line above her high eyebrow—this haute couture illustration of the Vagabond hat.

Lamarr’s command of the screen is detailed to every proportion, movement, glance, and gaze. Her arms, legs, neck, and ankles cut sharp lines that pierce the space captured by the film and invites the audience to reckon with her. The Vagabond hat style complements this endeavor. It also reveals a hidden vulnerability of her character and, matched with the strength of her movement, it’s for reasons like this film-noir has maintained its legacy in American culture.

The vagabond hat had a presence in film during the 1940s and 50s. The choosing of the asymmetric style is deliberate to enhance the mood of the film. The functionality of the hat is not the conventional use of sun protection or height. There is a natural elegance to the tilt, but that is not all where there the vagabond hat manifests. The clandestine atmosphere of America during the mid-20th century necessitated that one keeps their identity partially concealed. There is a roguish air of claiming the luxury of one’s privacy afforded by the hat.

The aesthetics of the Vagabond hat serves a function of its own. Representing a story on screen requires accompanying choices in accessories to highlight the meaning of the director’s message. The elegance granted by the angle demonstrates vulnerability and strength. There is a scarcity of material that describes a Vagabond hat, but this only adds to that pervasive mystique. Learning about the Vagabond hat required a deep forage into the culture of the 1940s. That visual iconography, quiet but perceived, in the salient shades cast by the brim of the tilted Vagabond hat.

Cosmopolitan: Caution: This Breakdown of All the Types of Hats Will Turn You Into a Hat Person

AllPosters: She Went to the Races, Ava Gardner, 1945

Harvard University Press: Film Noir and the Spaces of Modernity

Taylor & Francis Online: Film Noir and the Spaces of Modernity

Routledge: Hard-boiled Modernity and the Cultures of Globalization

Film Critic: Film Noir and the Spaces of Modernity

50+ World: Hats Off to Hedy Lamarr