Skip to Content
Here's everything you need to know about the Breton cap including its pros and cons, history, and materials used. We've included some tips on how to wear them along with the shops where you can buy this iconic hat. 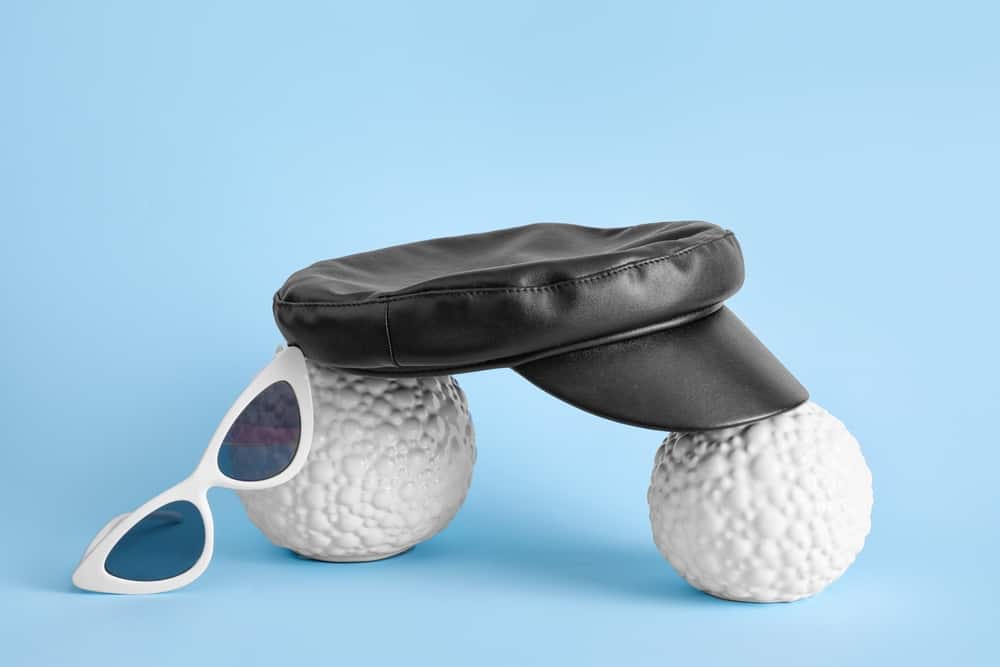 The name might be unfamiliar, but if I were to say ‘Fiddler on the Roof’ or ‘Greek fisherman’, you probably have a good idea of what a Breton cap is. This iconic cap may have come from humble roots, but it has left its traces across the history of modern fashion. It has become something of a rebel statement despite its roots in traditional workwear.

What is the Breton Cap 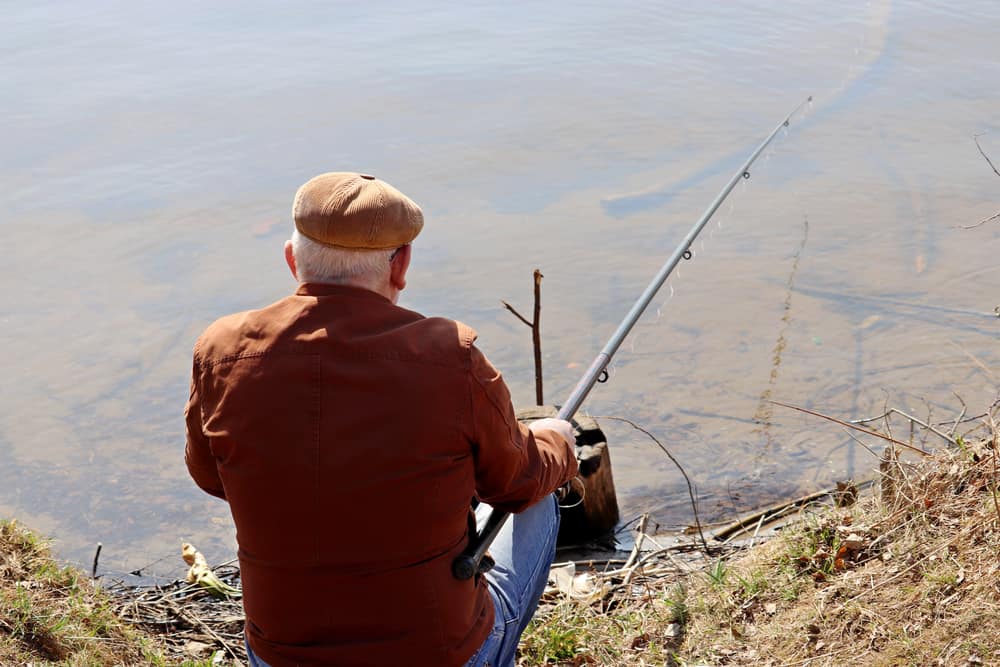 The Breton cap was originally the working cap of the Breton fishermen. The distinctive soft flat cap and small peak became symbolic of fishers, merchant navy men, and other maritime occupations. It is sometimes known as the Greek fisherman’s cap as it is an iconic look of the fisherman in Greece and Cyprus.

The cap was usually made from felted wool in navy or black – a design choice inspired by their use in rough, dirty conditions. They were made to withstand the conditions of stormy seas and harsh weather. Breton caps were a practical choice for maritime work, as evidenced by their connection to our image of merchant navy uniforms.

Is it in Style Today? 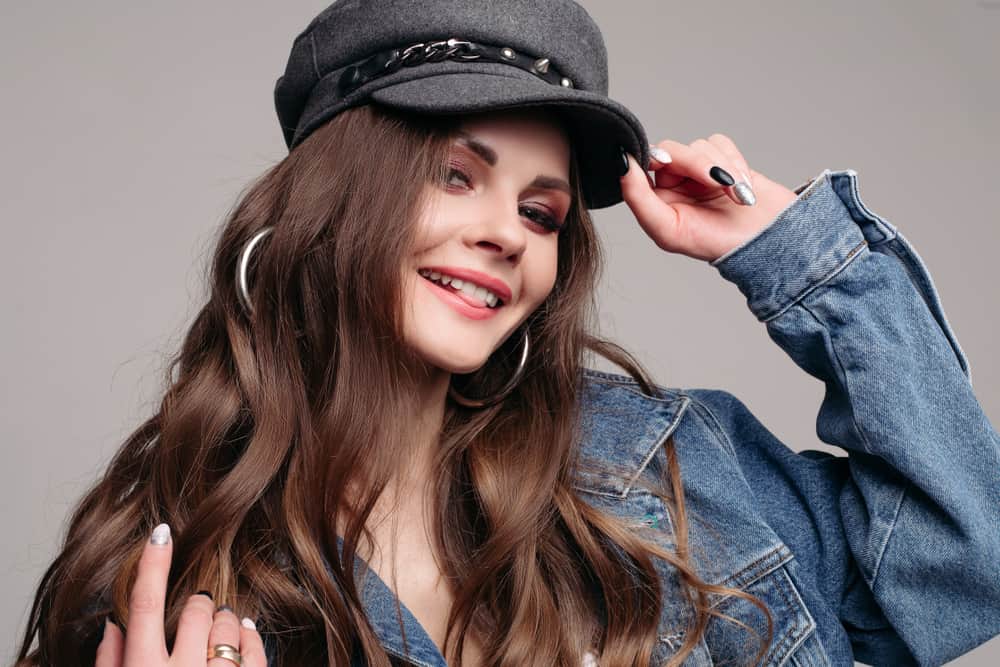 The popularity of the Breton cap exploded in modern culture when celebrities like Marlon Brando and John Lennon wore them in the 50s and 60s.

Marlon Brando’s appearance as Johnny Strabler in The Wild Ones, wearing a black leather version, led to others mimicking their use as counterculture symbols. The Beatles and other 60’s idols like Bob Dylan made the caps even more popular, and subsequent fashion trends mean the Breton cap periodically comes back in style on the catwalk.

In 2015 it experienced another revival as part of the ‘return of the rebel’ look when Gigi Hadid graced the cover of Vogue wearing a biker jacket and Breton cap in homage to Marlon Brando’s classic look.

The iconic look of the Greek fisherman cap and the multitude of modern fabric options means it is still a popular choice for many subcultures.

Both men and women wear Breton caps due to the ease of unisex styling. 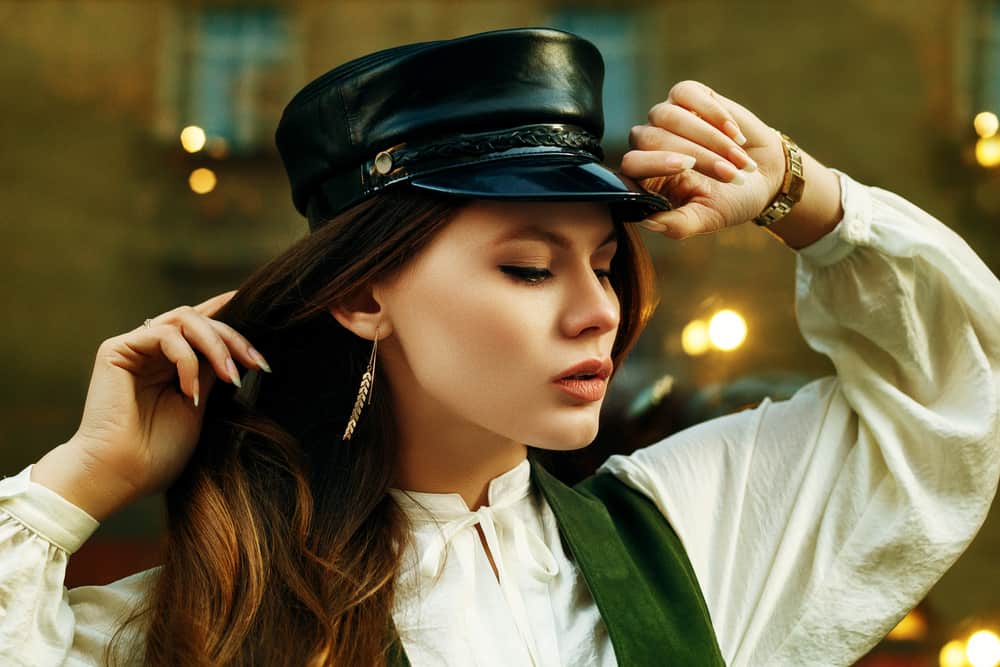 Breton caps were traditionally made from navy wool, though they also came in black. Other materials used were corduroy and denim.

Today, wool Breton caps are often blends of wool and other materials such as polyester or acrylic. The higher the wool percentage, the more the cap will cost.

Leather versions of the Breton cap were popularized by Marlon Brando in the ’50s when his rebel character wore one in The Wild One. Leather caps will usually be leather on the outer surface and lined with cotton for comfort and breathability.

A knitted wool version with a leather visor, usually in grey or black, was made by some Rastafarians who had moved from Jamaica to the USA. These had a much larger crown than the traditional Breton cap, as they were designed to cover up dreadlocks.

How to Wear it 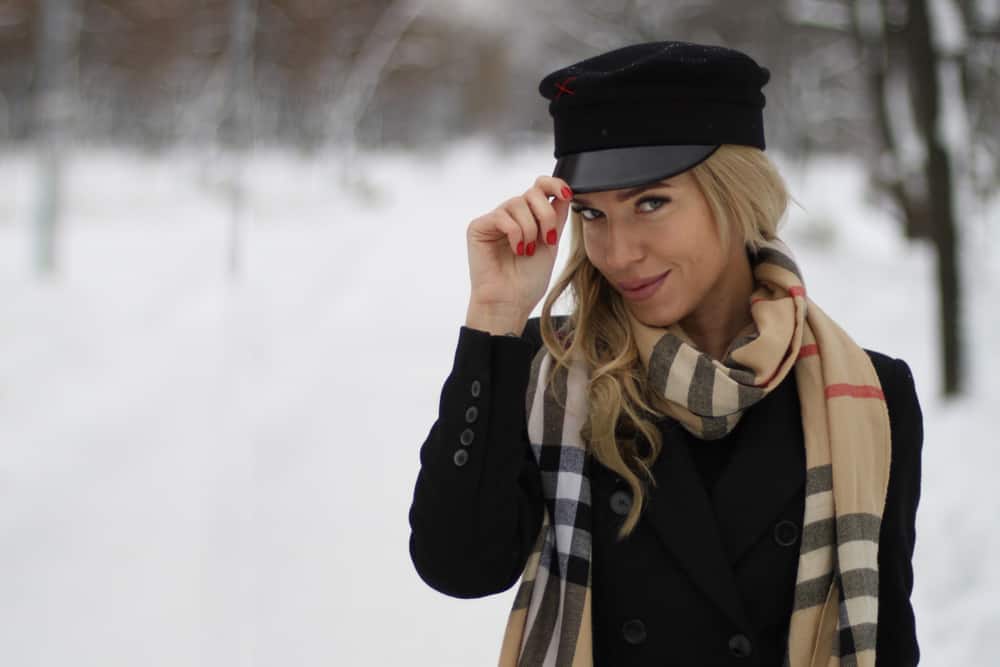 Traditional style wool Breton caps are obvious choices for yachting vacations or heading out for a trip on a boat. They are functional and still used by fishermen to this day. Breton caps work especially well for winter outfits, teamed with scarves and jackets.

But for a more modern approach to wearing a Breton cap, use different fabrics to evoke certain eras and styles. 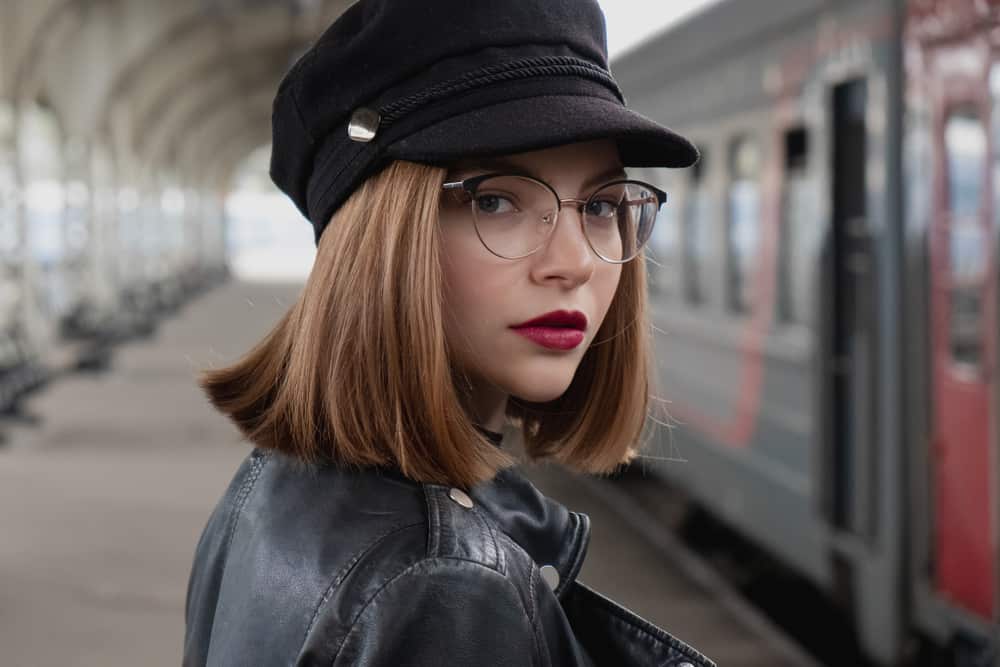 Wear a wool Breton cap with a leather jacket for a retro-inspired rebel feel. 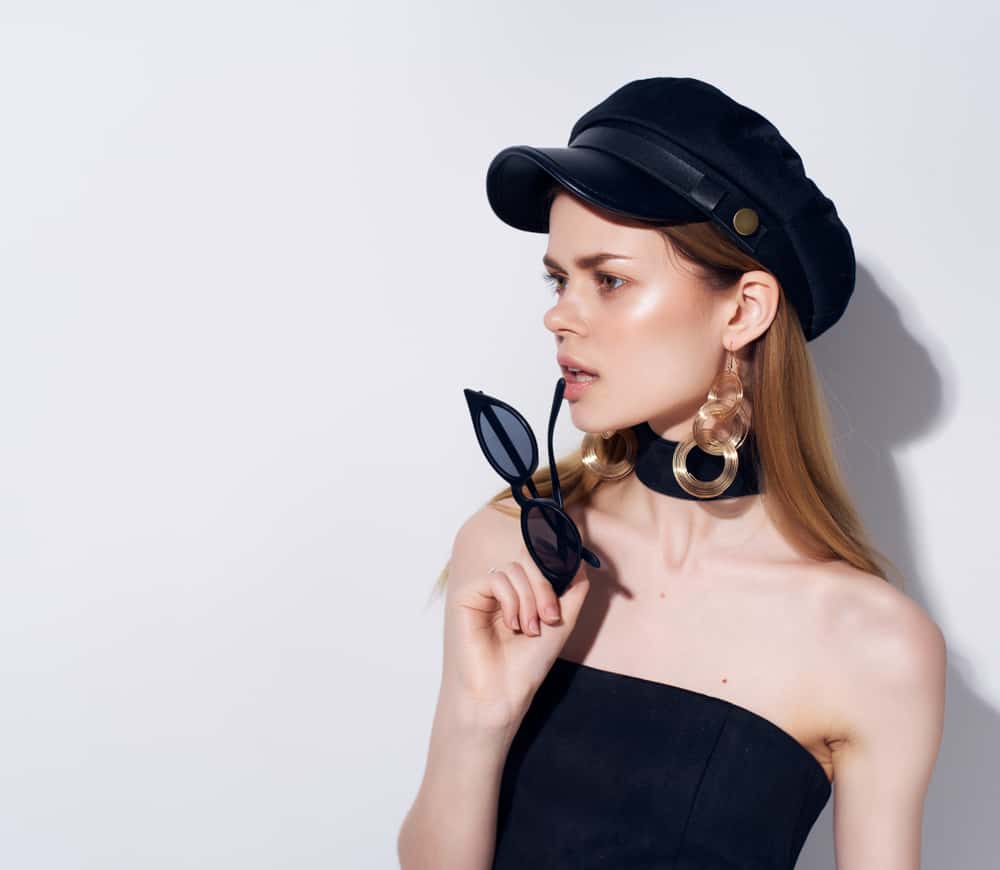 Today Breton caps can be dressed up or down, and teaming a vintage leather-style cap with a strapless black dress and gold earrings is one way to play with classic workers’ headgear and modern styles

Pros and Cons of Breton Caps

History of the Breton cap 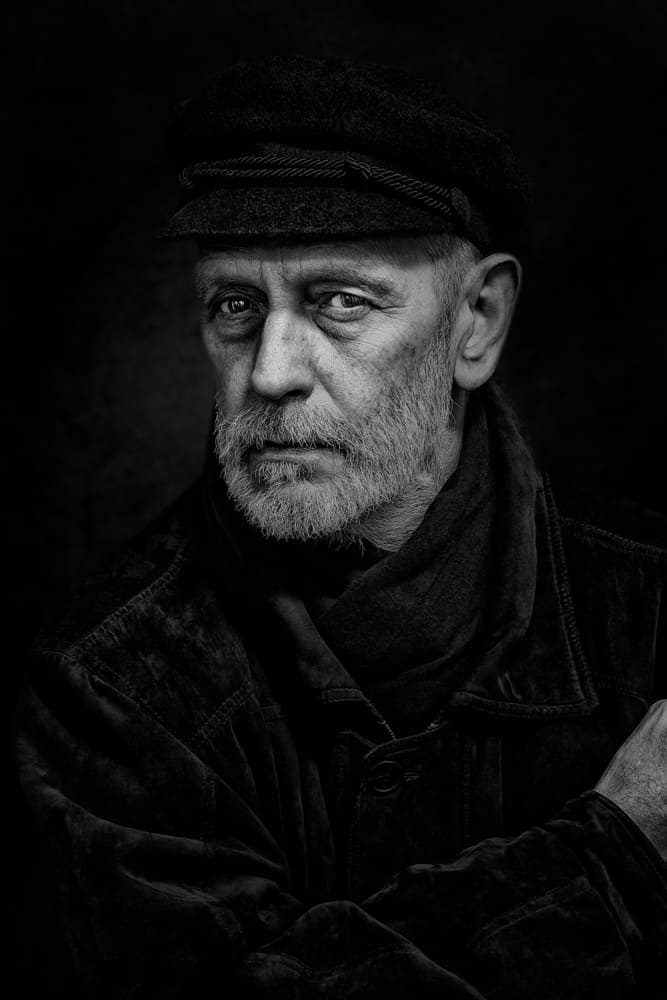 Breton caps in the early 19th century were usually made from black or navy wool and were relatively cheap to manufacture. This economy led to the Breton cap becoming synonymous with factory workers and sailors across Europe. The roots in working-class culture led to its rise as a modern symbol of counterculture revolutionaries.

In Jewish communities in Poland and Russia, the Breton hat became a black felt cap with a braided band, often worn instead of a kippah.

It spread from France across Europe, where it became especially popular in Greece and in Russia. The style of the Breton cap was associated with Bolsheviks like Lenin and Trotsky, which has led to the Breton cap also being called the Lenin cap or Mao cap.

The style regained popularity in the fifties and sixties and was the mark of the swinging, fashionable set in London. Later style revivals have kept the Breton cap coming back in fashion.

When was it invented?

The Breton cap was first mass-produced as workwear in the early 1800s. Through the 19th century, it became more popular across Europe and into eastern Europe, even appearing as iconic headwear during the Russian revolution.

In the West, it also grew in popularity, especially among the fisherman of Greece, where it became a staple of the traditional costume.

Where does it come from?

As the name suggests, the Breton cap most likely originated from the northwest of France and was worn by the Breton fishermen. It spread across Europe and became a very popular choice for working headgear, and waterproof versions were created for use by mechanics and truckers.

Modern incarnations of the cap may nod at its rebel past, but while its roots are humble, it rose to a prominent place in public culture.

How much does it cost?

How much you will spend on a Breton cap will depend on the material you choose, the style, and the name of the fashion company you’re buying from.

A 70% wool version in the classic look of the traditional fisherman’s cap in navy or black will cost around $25, but versions with a higher acrylic content can be as low as $17.

Corderoy caps are even cheaper and retail at $12-$15

Leather Breton caps may be more expensive and will depend on the type of leather used. A genuine leather vintage Breton cap can cost around $105

Where to buy it? 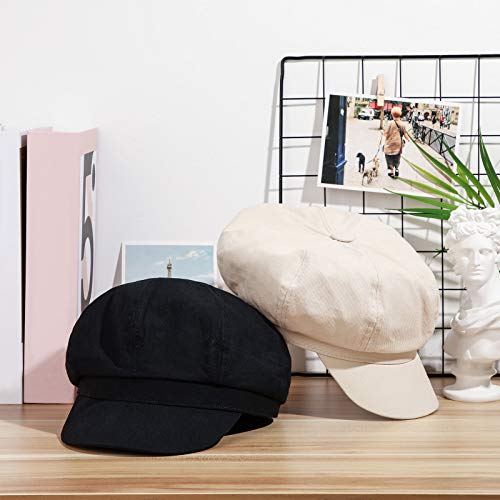 Breton hats are easy to buy online due to their popularity in modern fashion. As a stylish and classic cap that has stood the test of time, they are available at most large online retailers and smaller boutique shops.

If you’re looking for a simple classic Breton cap, you can find many variations available on Amazon and Etsy.

Specialist shops such as Nauticalia and Sterkowski will offer more choices if you’re looking for something a little more specific.