Skip to Content
Learn more about the profit margin on shoes and see which shoe company dominates the market. In this article, we also discussed the factors that affect sneaker prices along with the size of male and female shoe market to give you an idea on how to maximize profit. 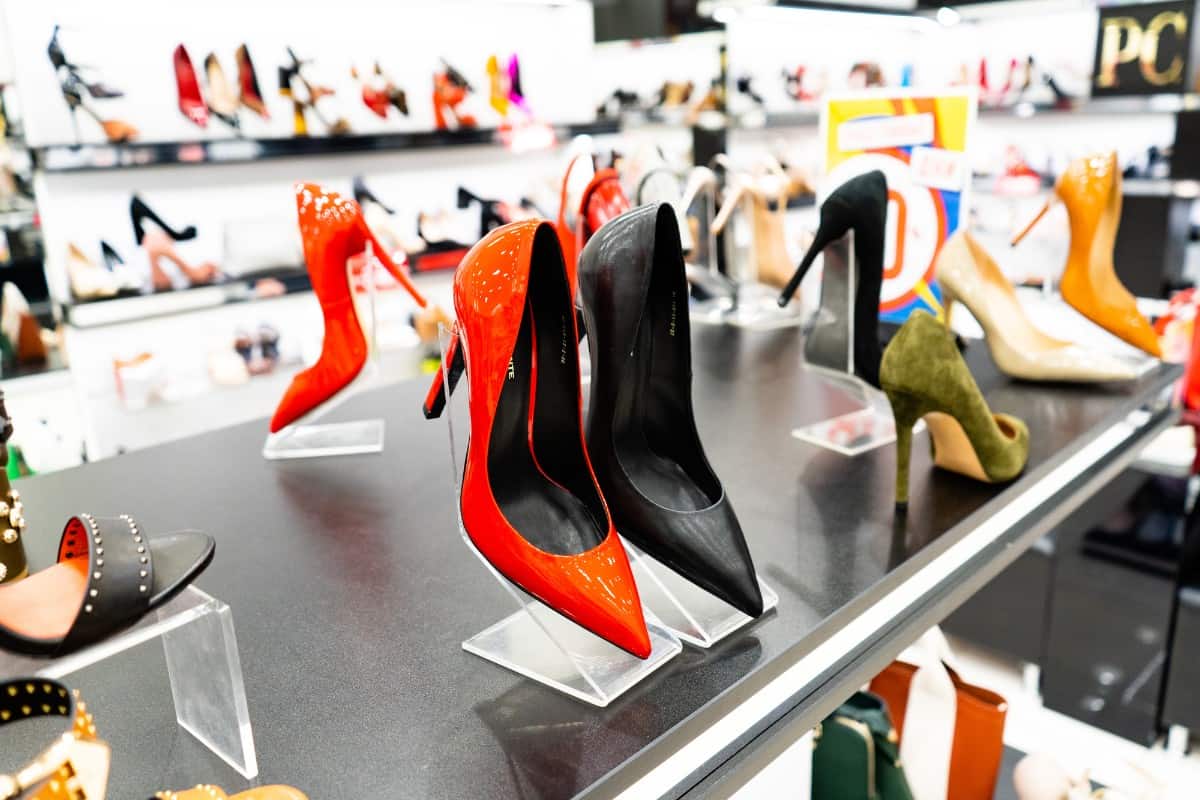 According to Bloomberg, designers of costly women’s shoes show gross revenue margins of up to 50%. However, actual general profits are much smaller than you think, averaging 5% for companies like Nike and others. The retailers make a larger profit as they get the shoes for approximately 50% of the manufacturers’ suggested retail price, MSRP.

The markup in the footwear sector, on the other hand, is as diverse as the styles and sizes available. Typical cross-trainers or sports shoes have a markup of 50 to 100 percent, whereas high-end designer footwear at boutique shops is sometimes overpriced by upwards of 500 percent.

Which Shoe Company Dominates the Market? 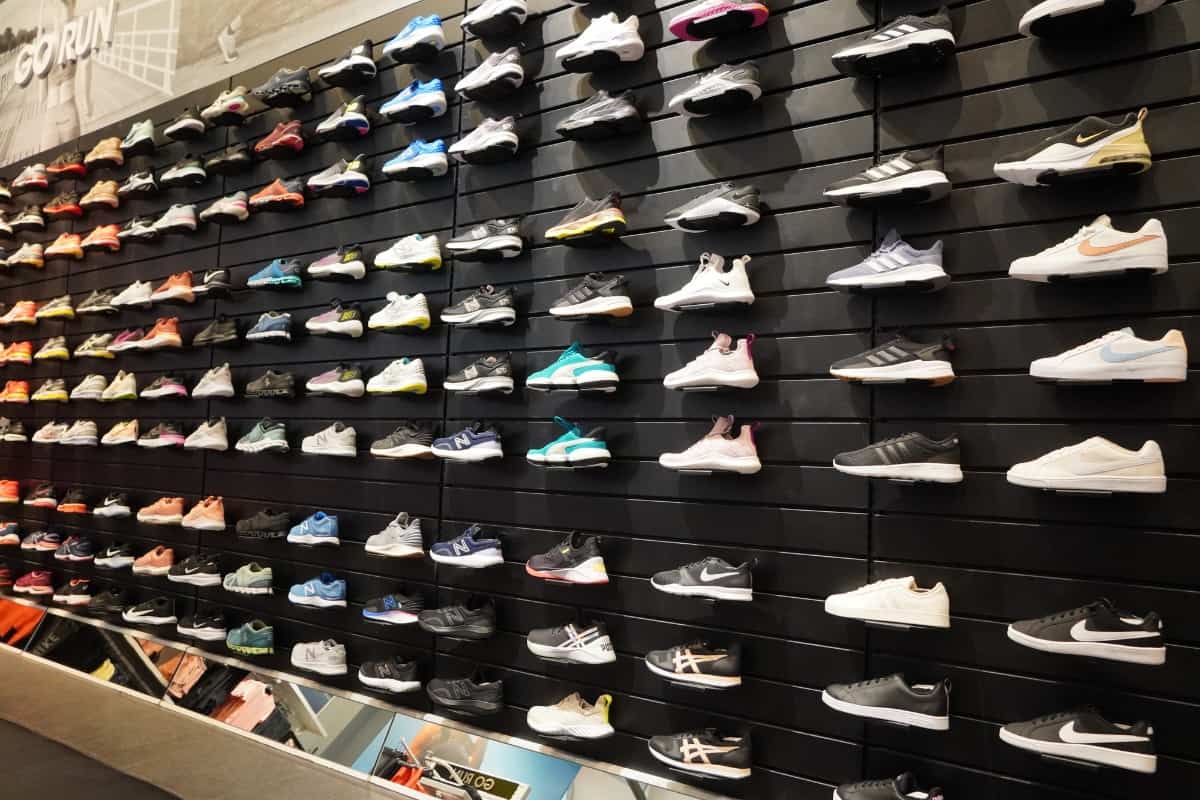 Based on market capitalization, Nike, Adidas, PUMA, On Holding, and Skechers respectively, are the largest footwear companies. Further down the list, regular shoemakers pop up. Since sneakers or athletic footwear dominate the shoe market, we’ll place more emphasis on them. 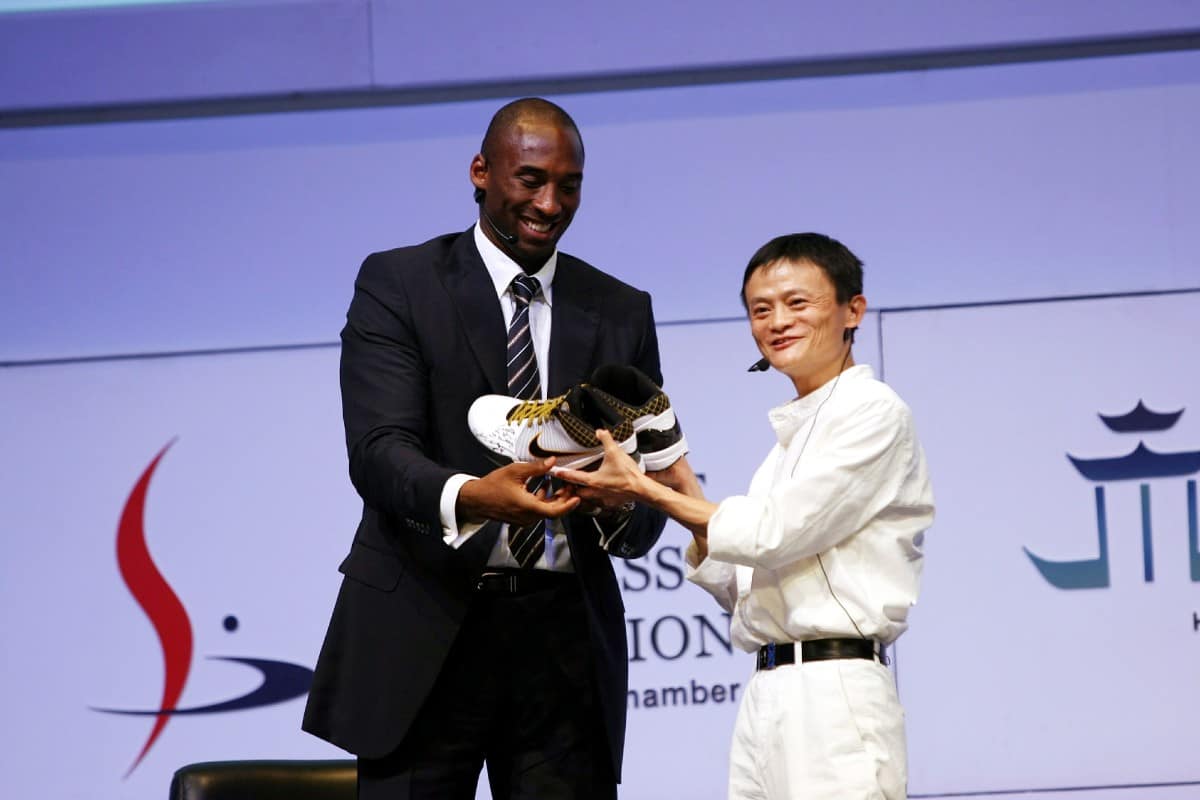 As sneaker businesses struggle to establish and sustain labels attractive to their target customers, retail prices for sneakers today—which usually range between $70 and $250—reflect an overall growth in production and trading expenditures.

In addition to the influence of superstars and social networks, the price of sneakers is influenced by these factors.

In What Ways are Sneakers Made Cheaper or More Expensive? 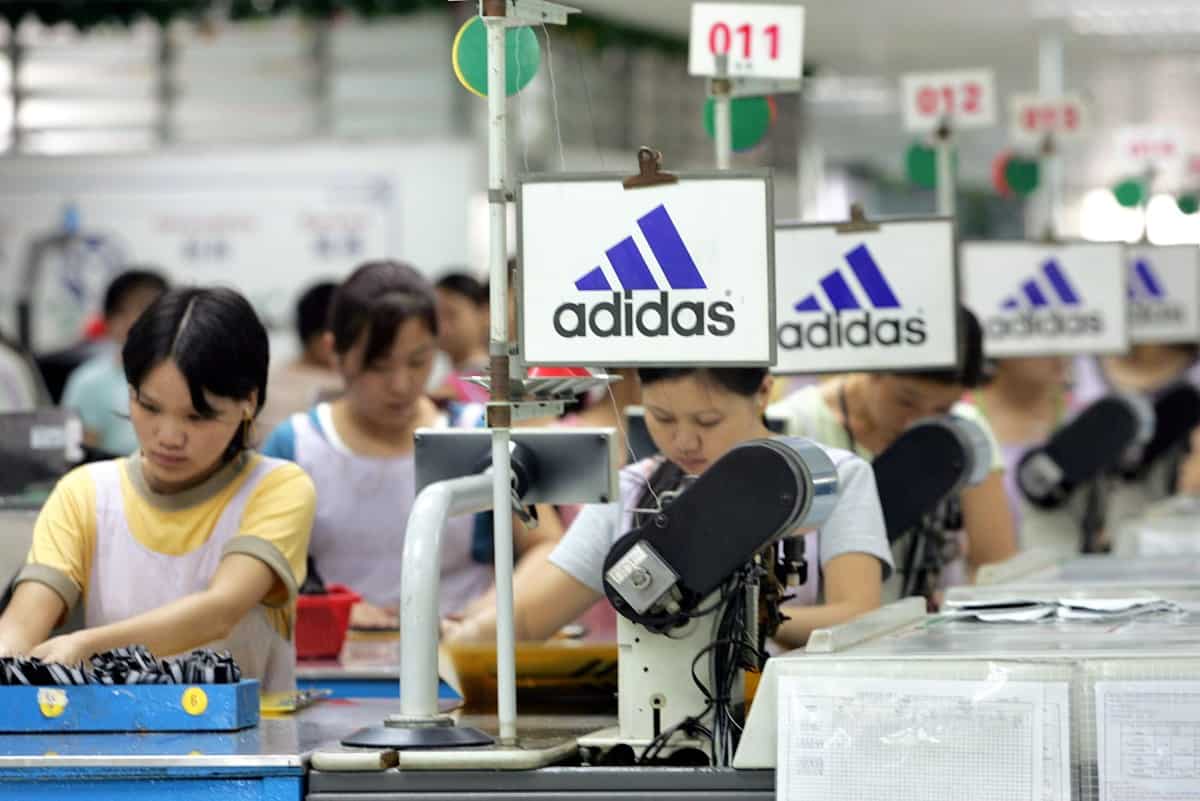 Over one million people in Chinese factories and other international locations are employed by Adidas and Nike to produce their sneakers. As an illustration, Nike reported in 2014 that it cost $28.50 to produce and ship a single pair of sneakers to the US.

For each pair of Nike shoes, the Chinese plant labor and operating costs total $27.50, and a dollar for shipment.

Has the Cost of Producing Sneakers Gone up?

As labor prices in China have risen in recent times, some businesses have responded by moving production to Thailand, Indonesia, and Vietnam.

In What Ways Do Joint Branding Partnerships Impact Shoe Prices? 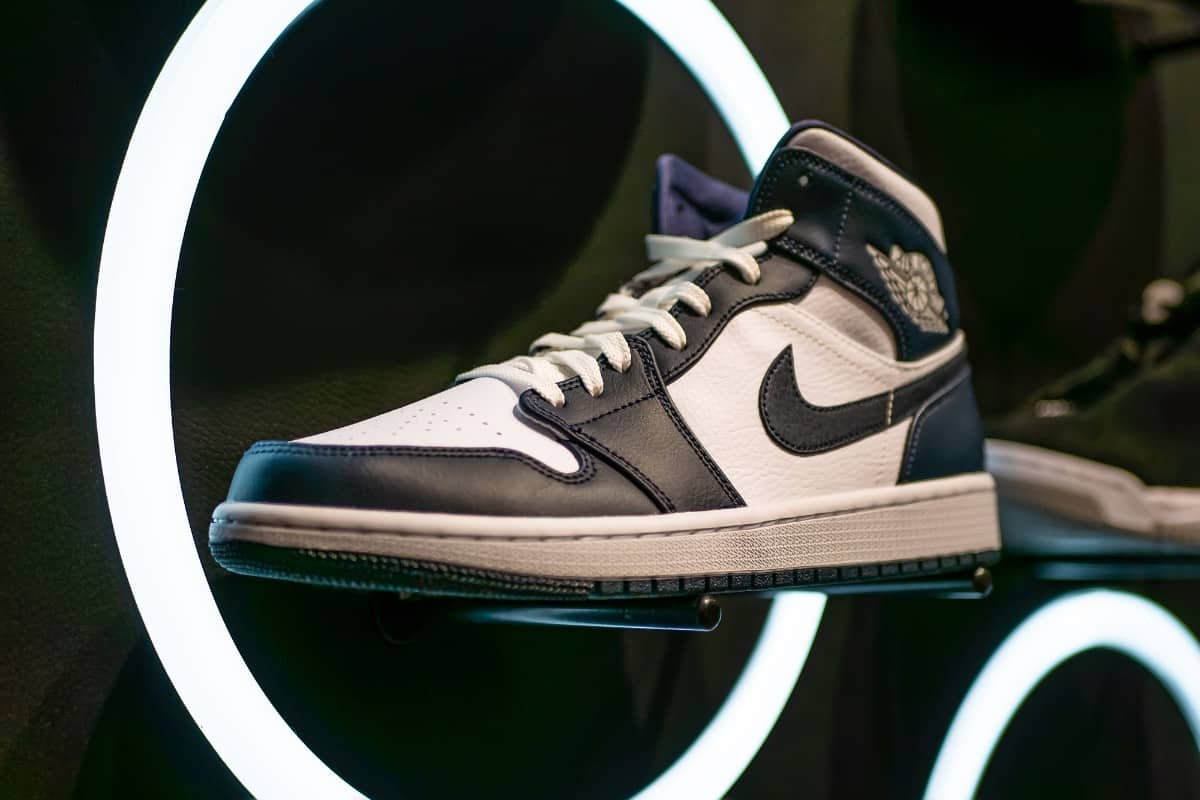 The value of shoes is heavily influenced by the endorsement fees paid to celebrities by firms to attract new customers and establish long-term brand loyalty.

The past three decades have seen sneaker makers collaborating with top athletes on the development of footwear that would help them perform better on the field of play. The promise of greater quality was also made to the general public by high-performance footwear.

Initially presented in 1985 and now one of the world’s wealthiest athletes, Nike’s Air Jordan label shoes have become synonymous with Michael Jordan’s success.

That slam-dunking legend made $145 million in the fiscal year that ended May 2019, over two decades after he retired from the court, with $130 million of it coming through the Nike footwear brand. Many pro athletes are now part of the Nike Jordan brand. This includes Chris Paul, Russell Westbrook, and many others.

Since many young people now identify shoes with both fashion and athletics, many businesses have teamed up with influential figures in the arts and music industries to create and advertise new styles of sneakers. For instance, Adidas and Kanye West collaborated on the Yeezy Boost sneaker line.

Online pre-orders were a major factor in the footwear’s February 2015 introduction, which cleared out within moments. Stars like Jay-Z and Rihanna or influencers like Kendall Jenner have collaborated with shoe designers to produce their line of footwear.

Are Shoe Prices Affected by Competition Between Major Shoe Brands? 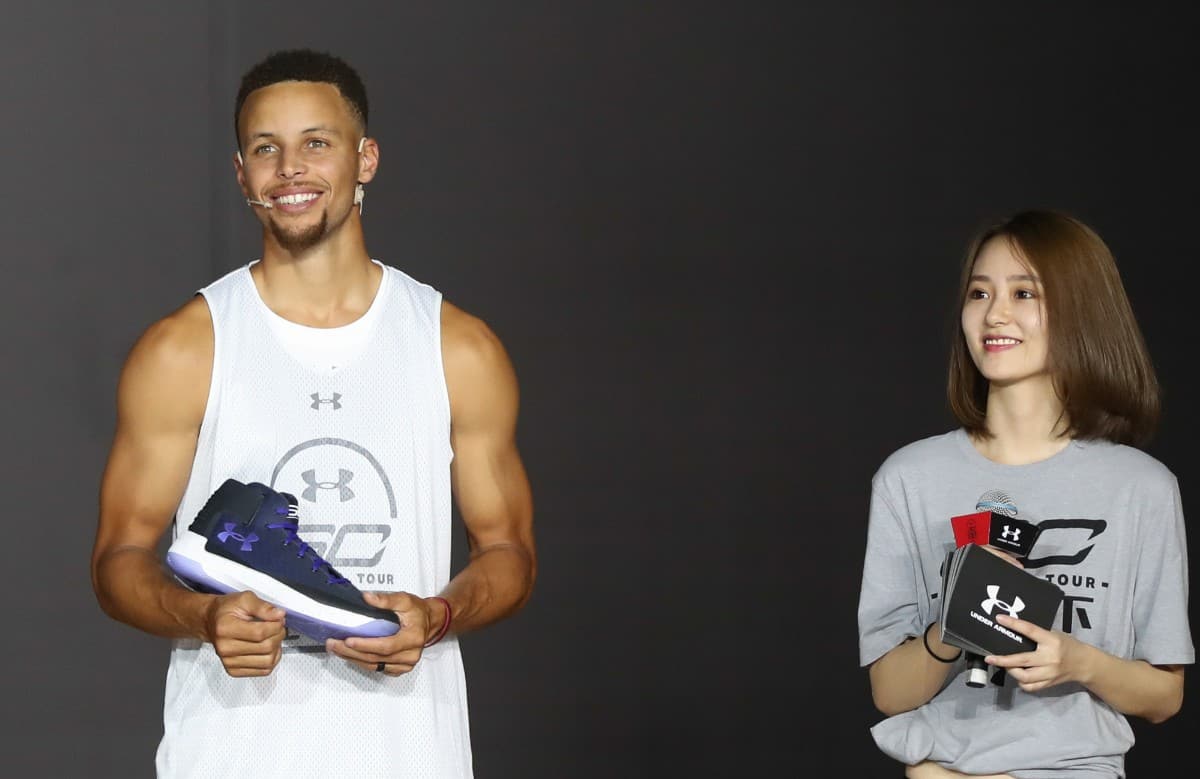 Competition for sales among big shoe manufacturers also raises sneaker costs, according to an Investopedia report. UA just announced a deal with NBA star Stephen Curry, granting him an ownership stake in the company. As the three-point king and Kanye West have shown, consumers are willing to splurge for shoes associated with well-known athletes and entertainers.

The Shoe Profit Margin: What Role for Resellers and Social Media?

Some customers will pay whatever it takes to get their hands on a pair of celebrity-endorsed sneakers. They use social media as a means of stoking their passions. To draw attention to their latest sneakers, private collectors share images of them on social media.

There is also an increase in demand for sneakers because of resale. Limited editions are often sought after by resellers, who stand in line before physical establishments to resell them on the internet again.

Sneakerheads are ready to pay a higher price for popular styles, and this is typically the case. When shops ran out of Yeezy Boost sneakers limited version, which cost $315, devotees were willing to pay $1,000 for the shoes on eBay. Retailers, as well as social media patterns, suggest that shoe firms can make the most money by producing shoe numbers a little below demand. 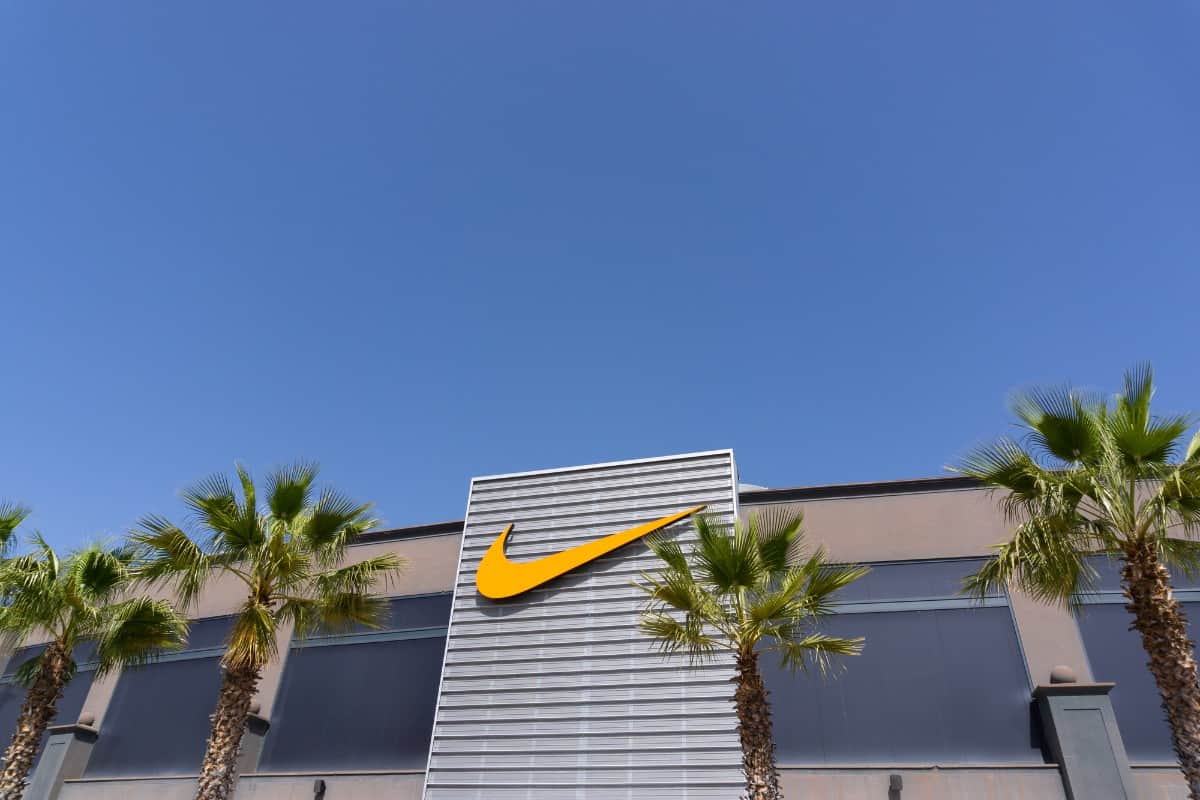 Fans and athletes alike flocked to athletic footwear retailers in record numbers in 2016, thanks in large part to the Olympics and the Cricket World Cup. This has a significant impact on the overall expansion of the footwear industry.

When it Comes to Shoe Sales, Why is the United States the World’s Most Populous Country?

The increased number of sportsmen and women and the expanding fitness environment in this continent, which has seen a growth in sneaker need over time, are credited with the United States’ domination. The US portion of global shoe sales is calculated to be equal to a total of 83.66 billion dollars.

Identifying the Size of the Male and Female Shoe Market 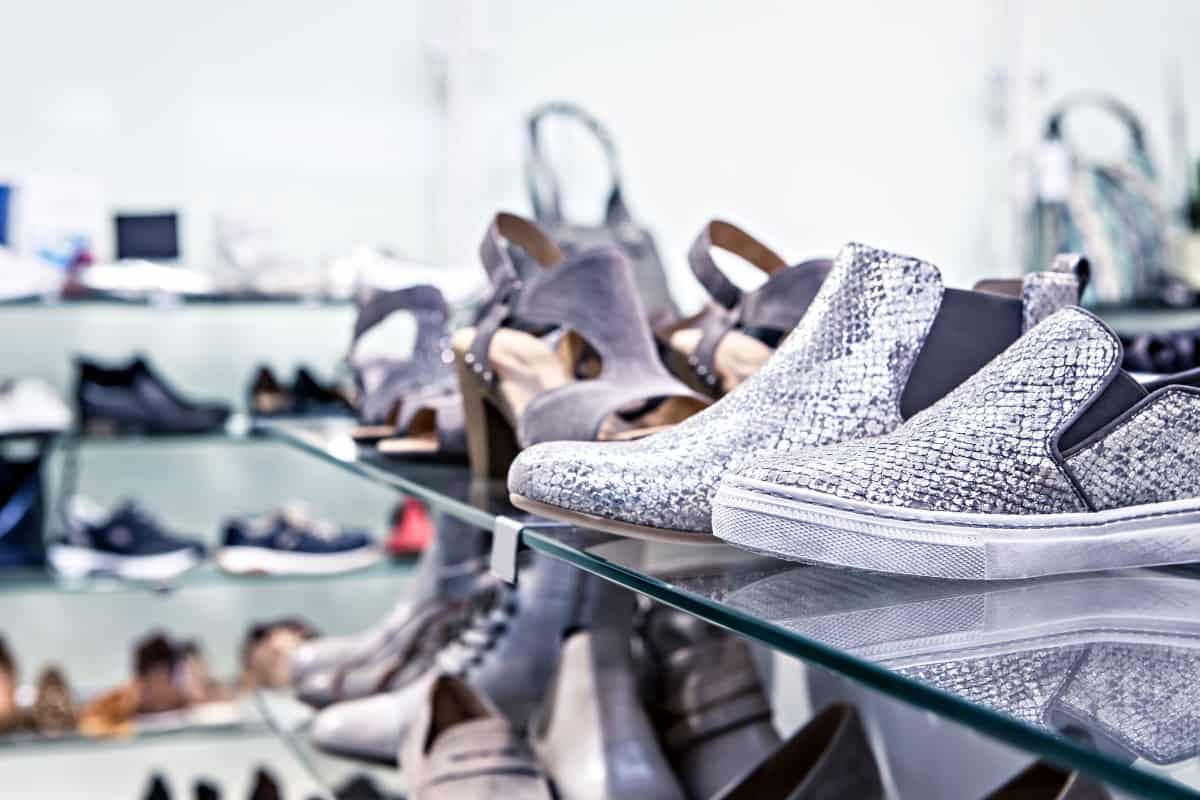